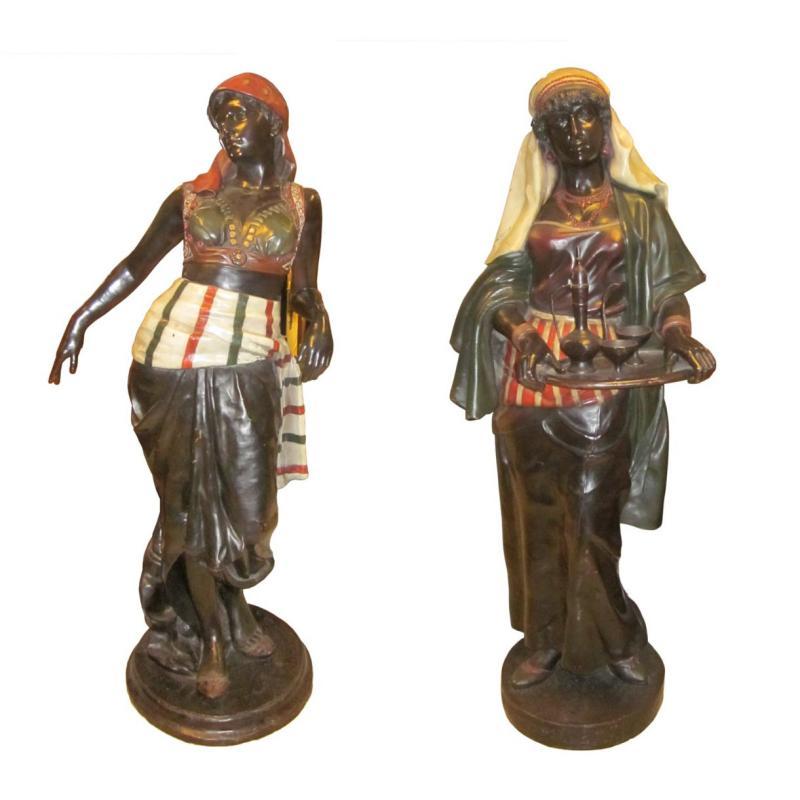 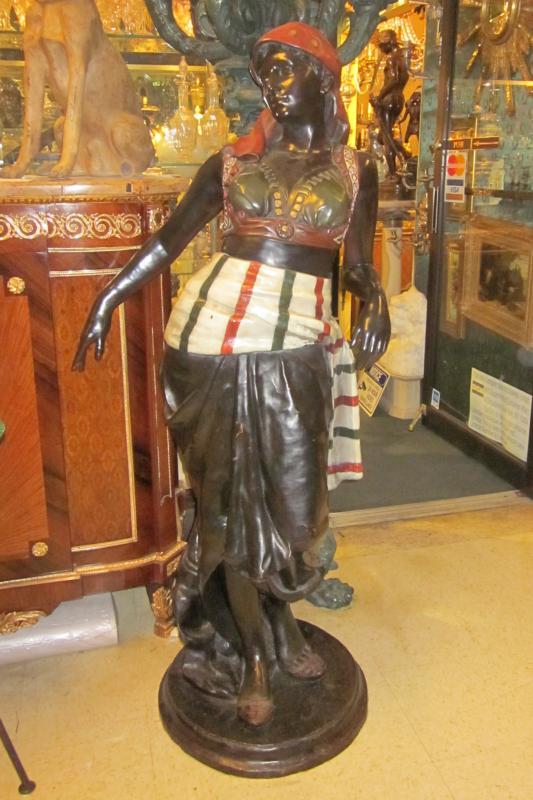 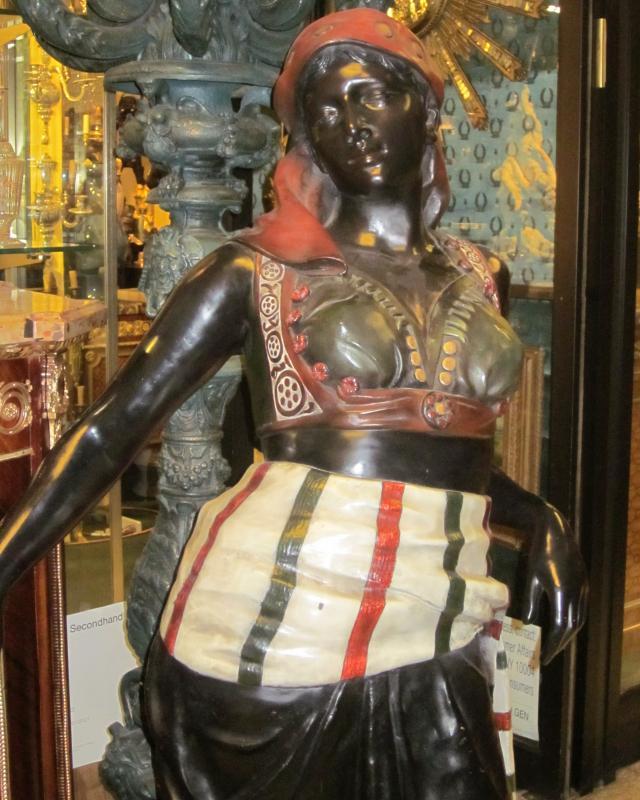 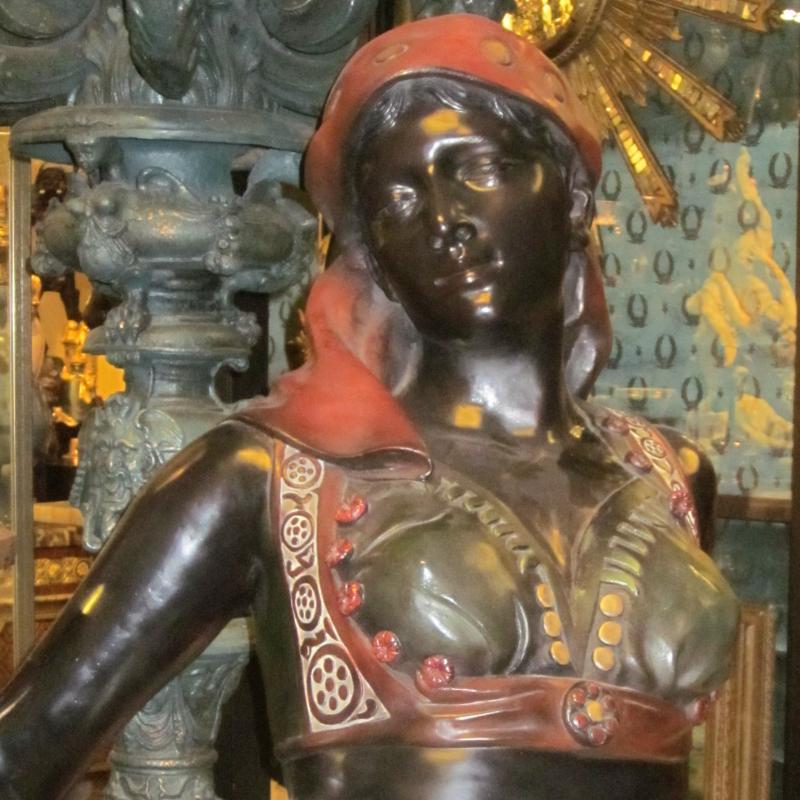 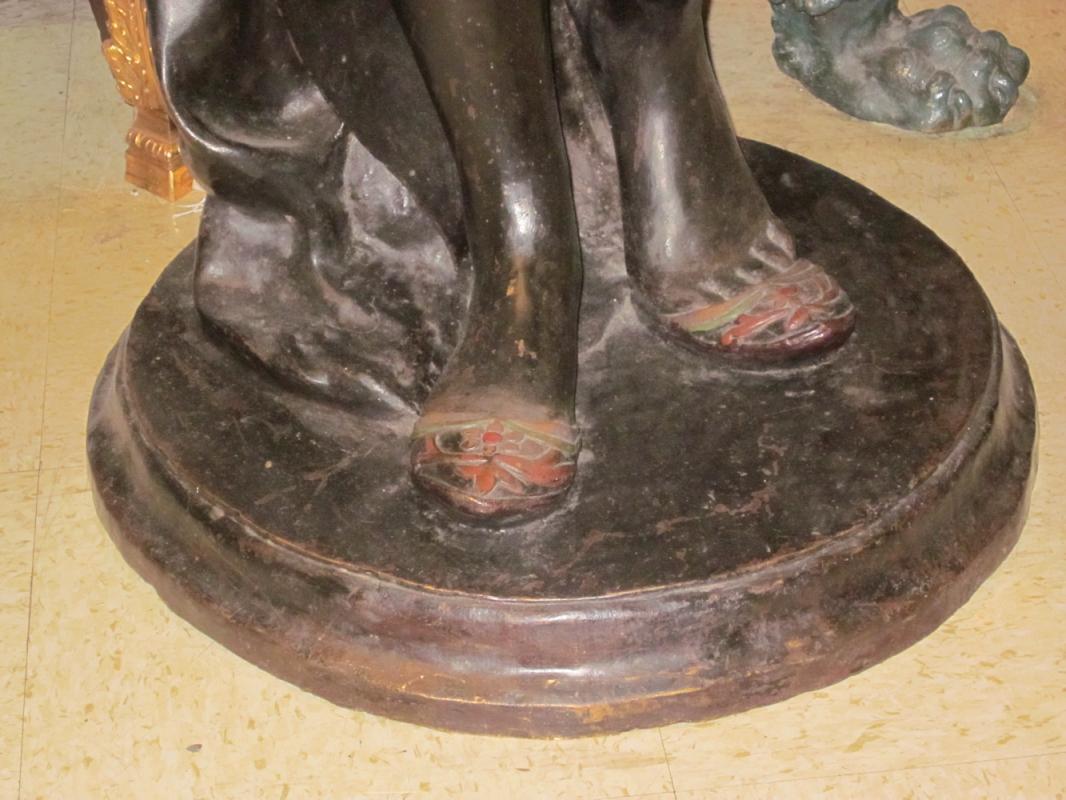 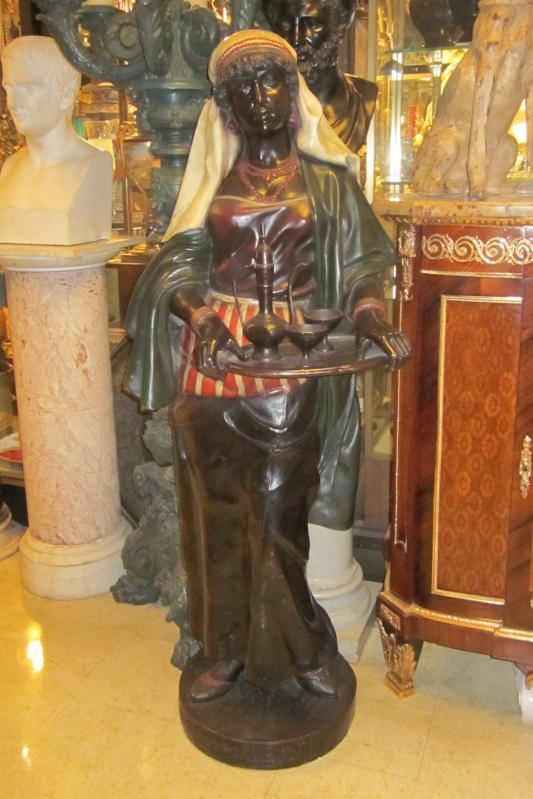 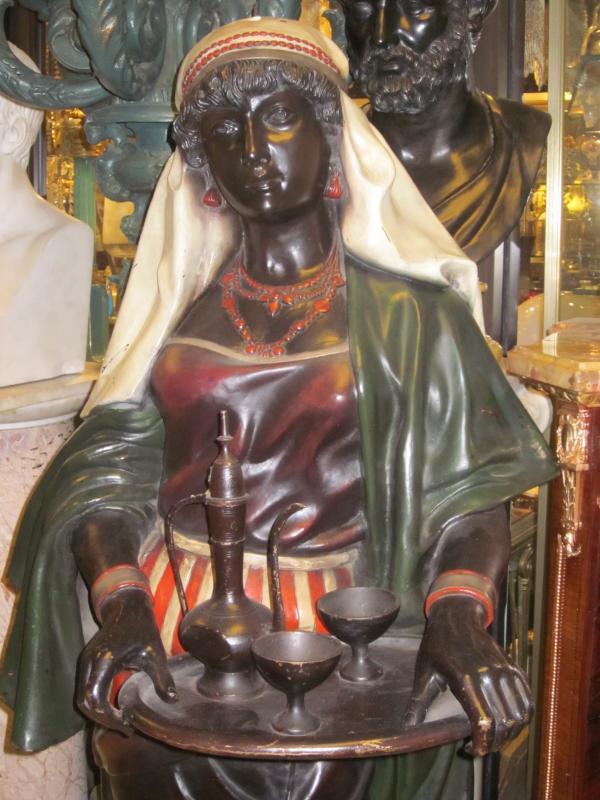 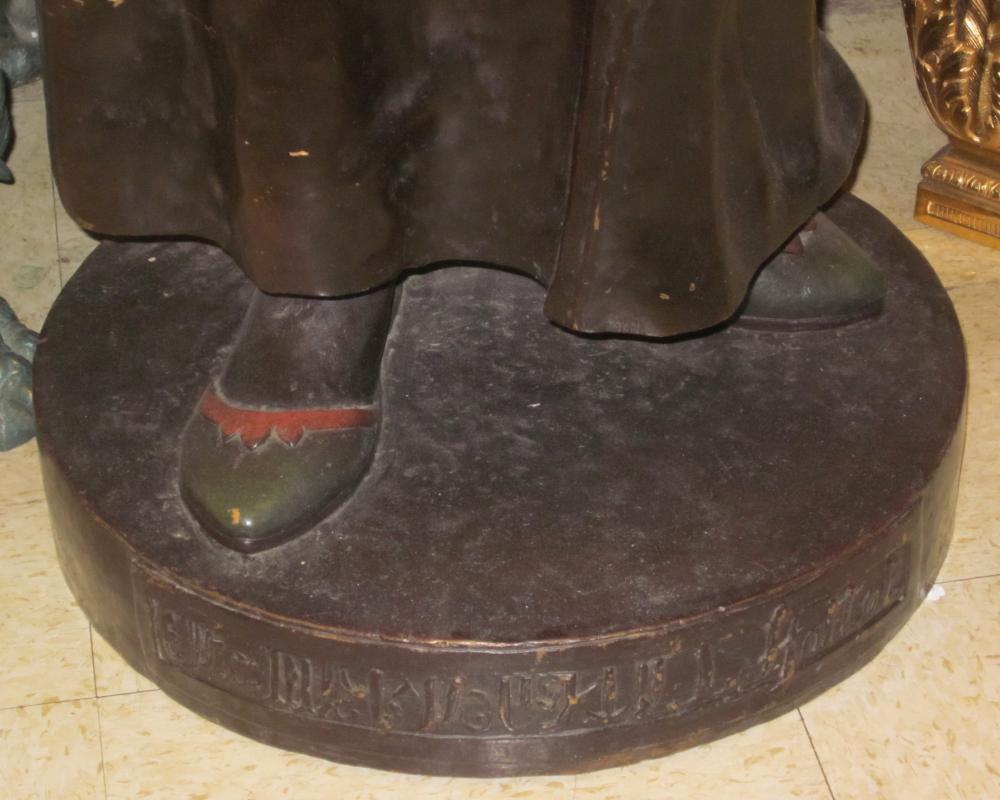 Our pair of exotic, lifesize cold-painted cast metal figures in the Orientalist style depict a female servant and female dancer.

The figure holding the tea tray was cast after a model by Louis Hottot (1829-1905) and carries an Arabic inscription on the base along with the artist's name.   Tallest figure measures approximately 65 in (165 cm) tall.  The other is attributed to Robert le Monnier, (French, 1883–1970), an exceptional orientalist genre painter, but may also come from Camille le Monnier (Belgian, 1833–1891).  Hottot is widely known and collected for his Orientalist figures, including statues, plaques and busts, exhibited at the Paris Salon from 1885 throught 1898.