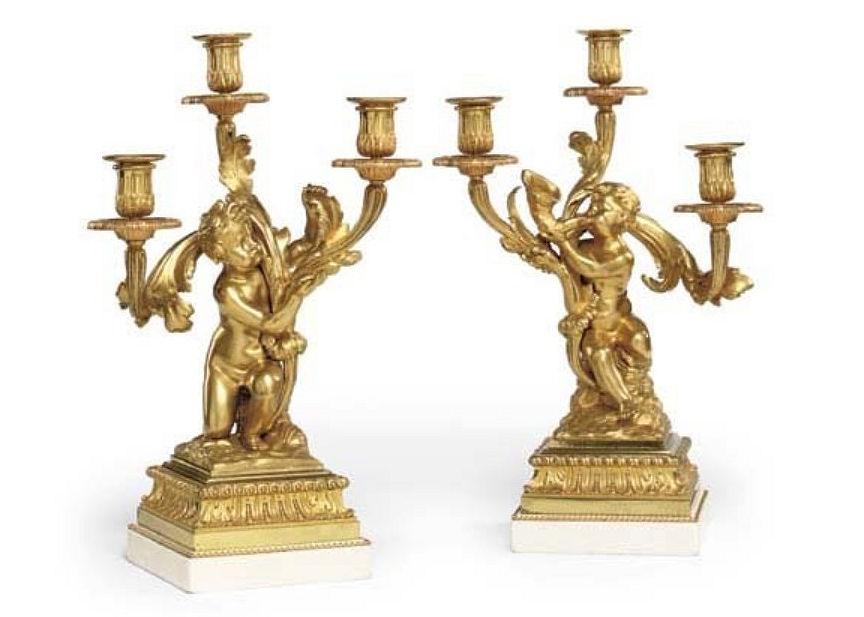 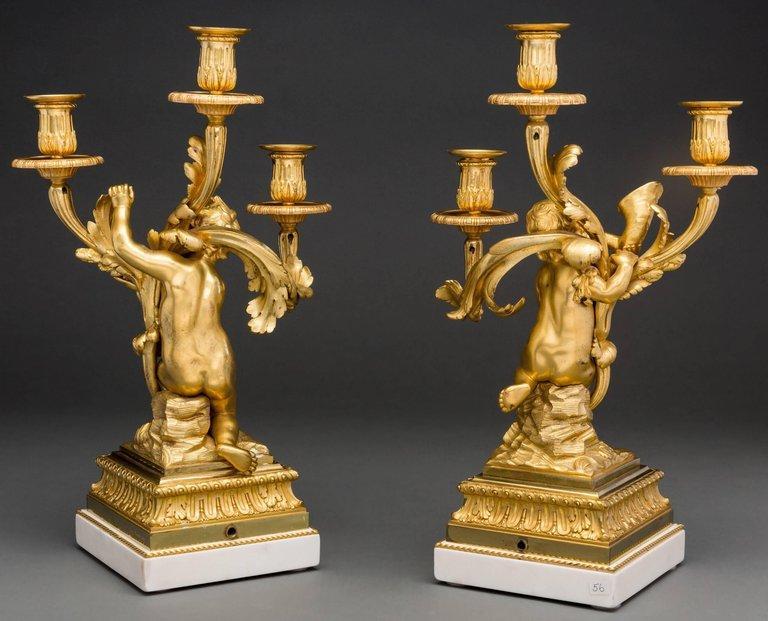 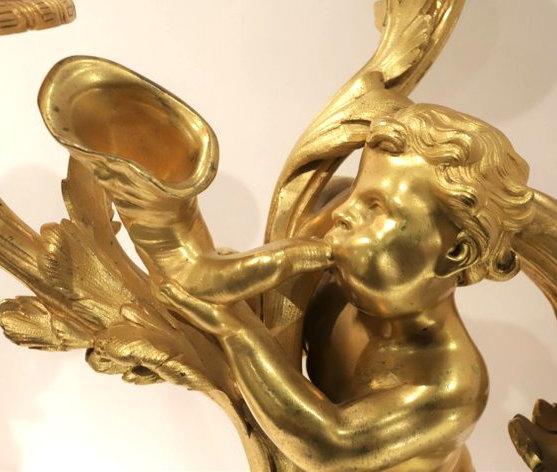 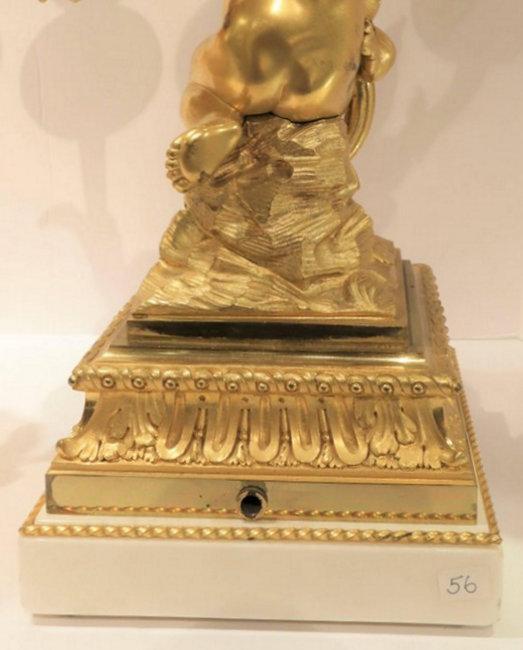 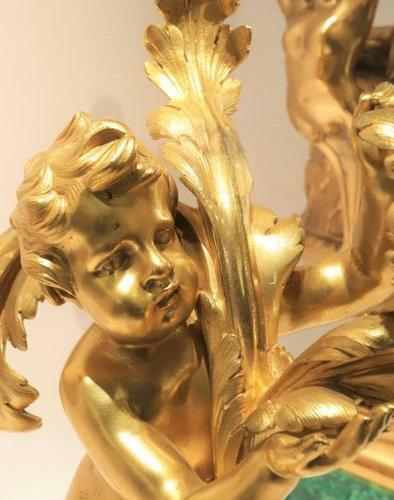 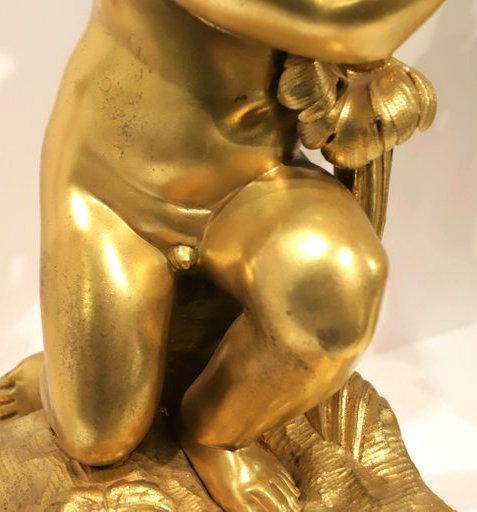 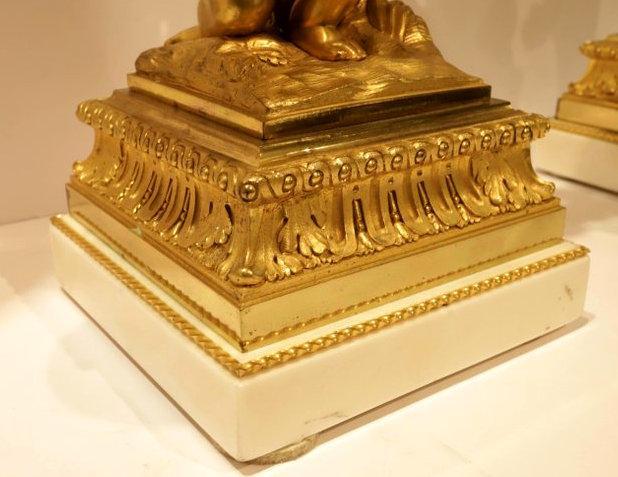 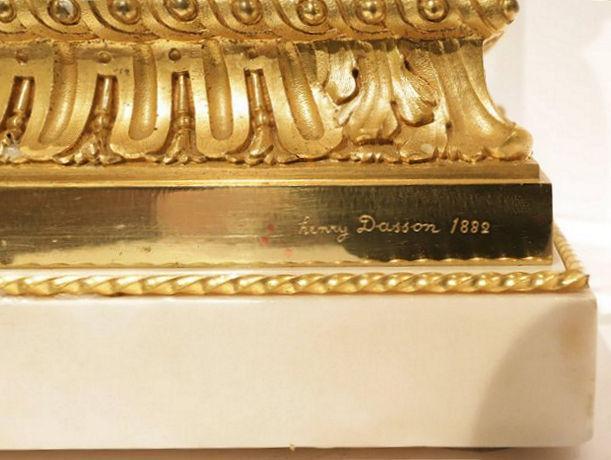 According to Christie's, this candelabra model was a favorite among English collectors and a number of the eighteenth century examples that survive in English country house collections were most probably sold by the marchand-mercierDominique Daguerre, Poirier's successor, who came to London in 1787 at the invitation of the Prince Regent. The rights to this model may originally have belonged to Poirier who delivered to Madame du Barry in 1770 'une paire de girandoles à trois branches en bronze doré d'or moulu ornées de figures de porcelaine de France 624 livres'. The model was subsequently frequently copied in the 19th Century.