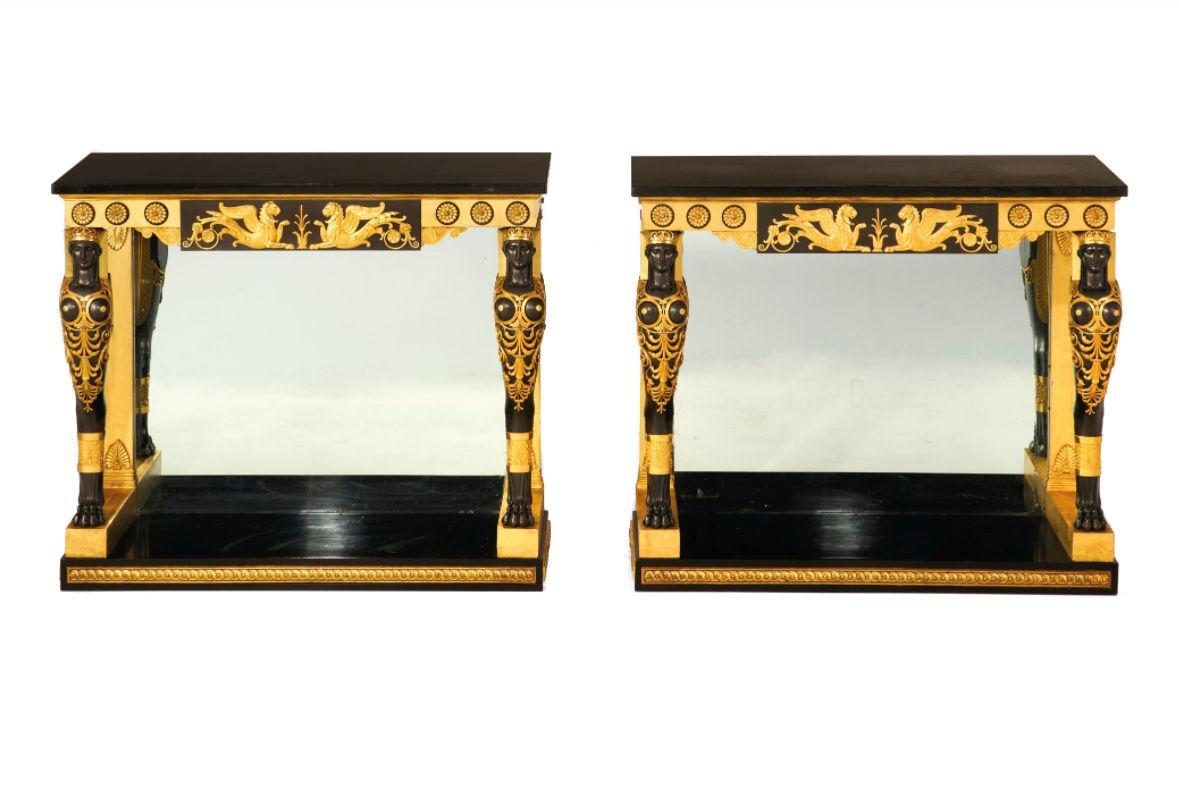 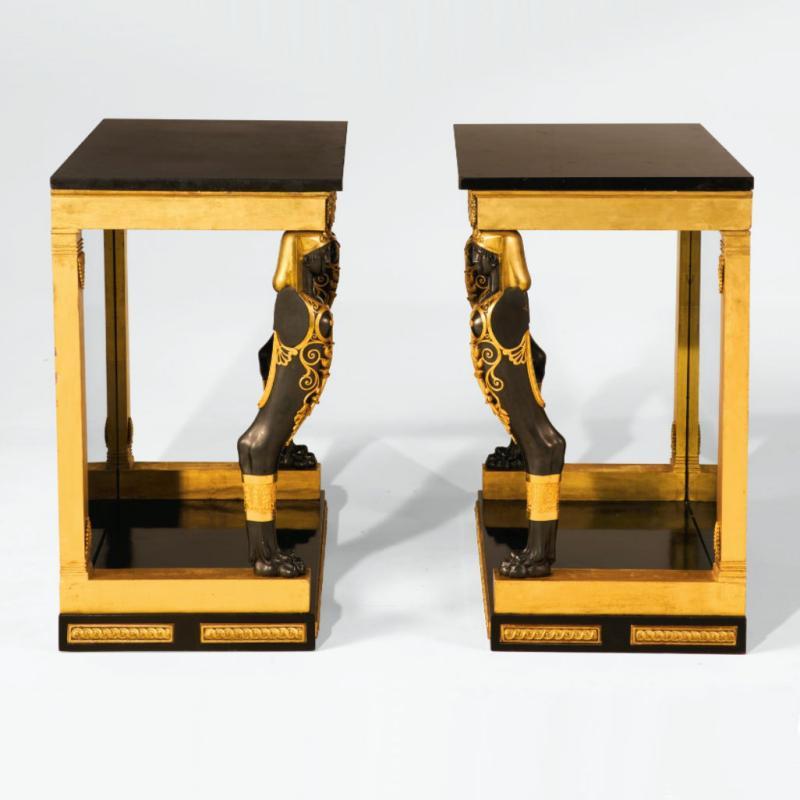 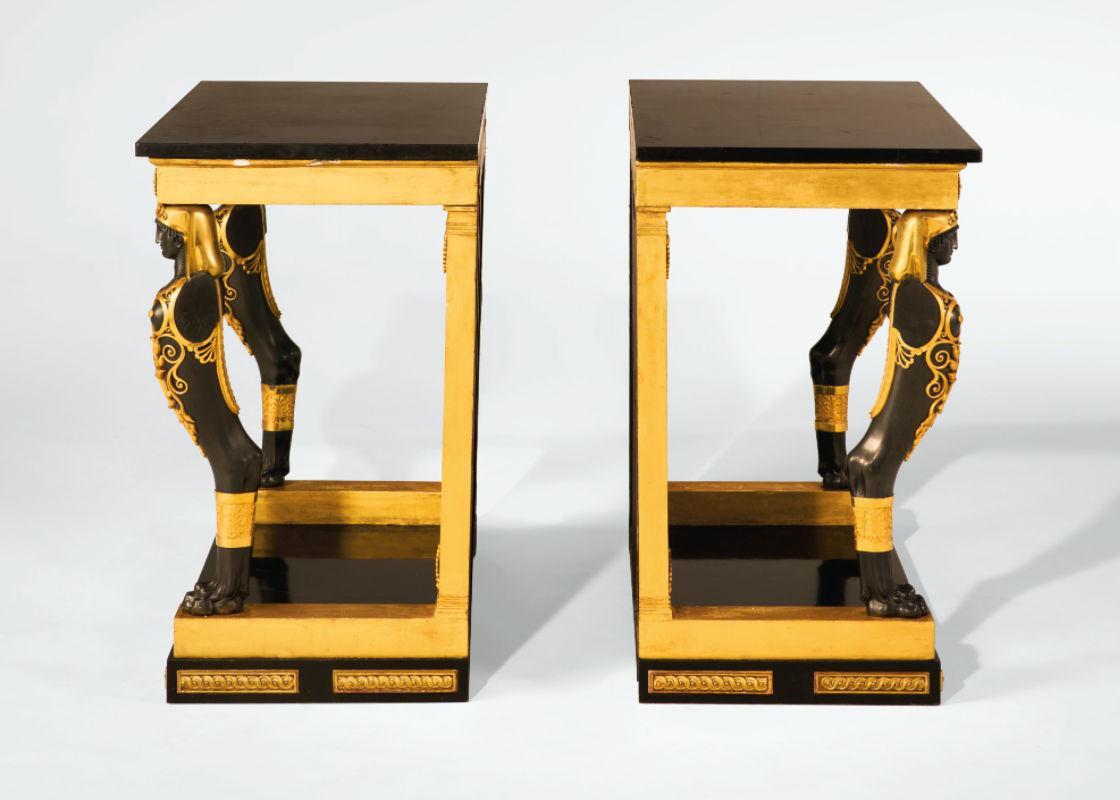 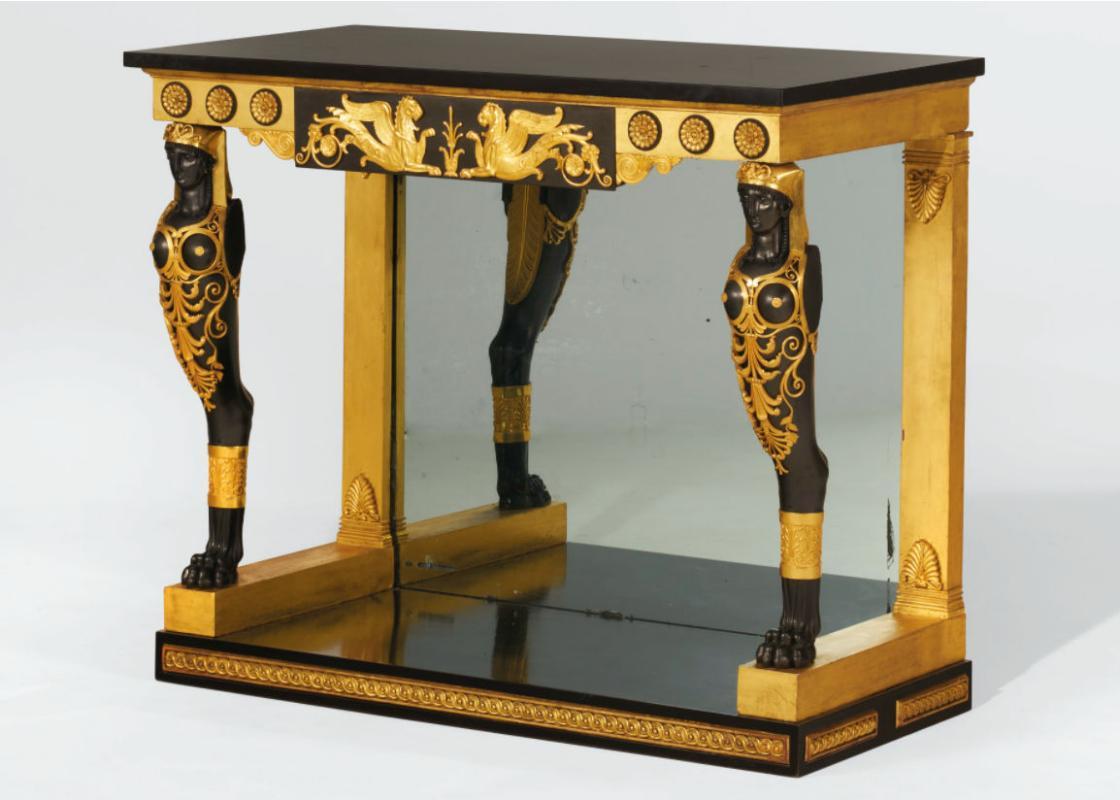 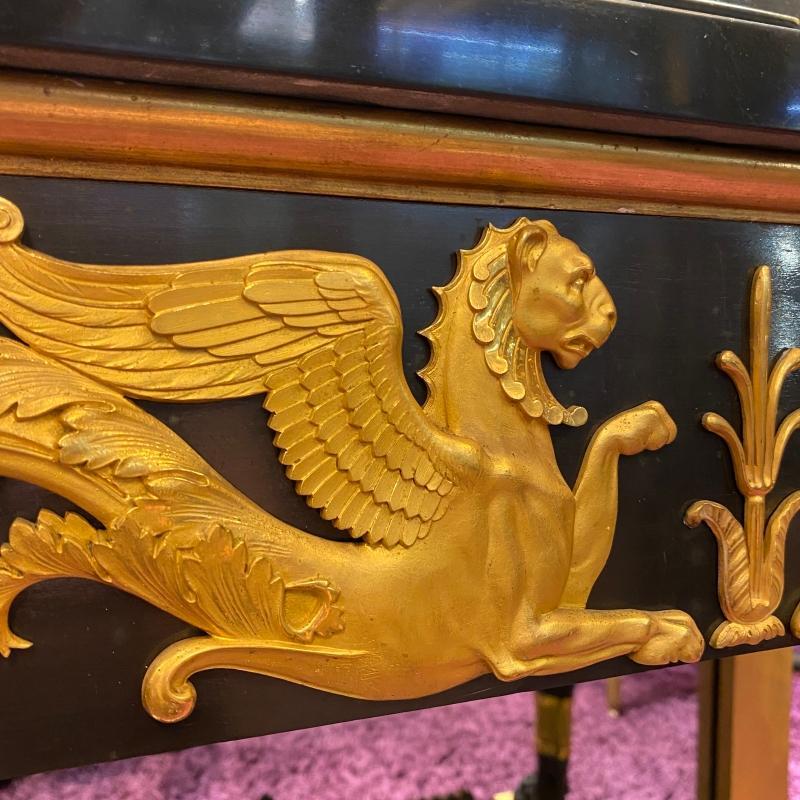 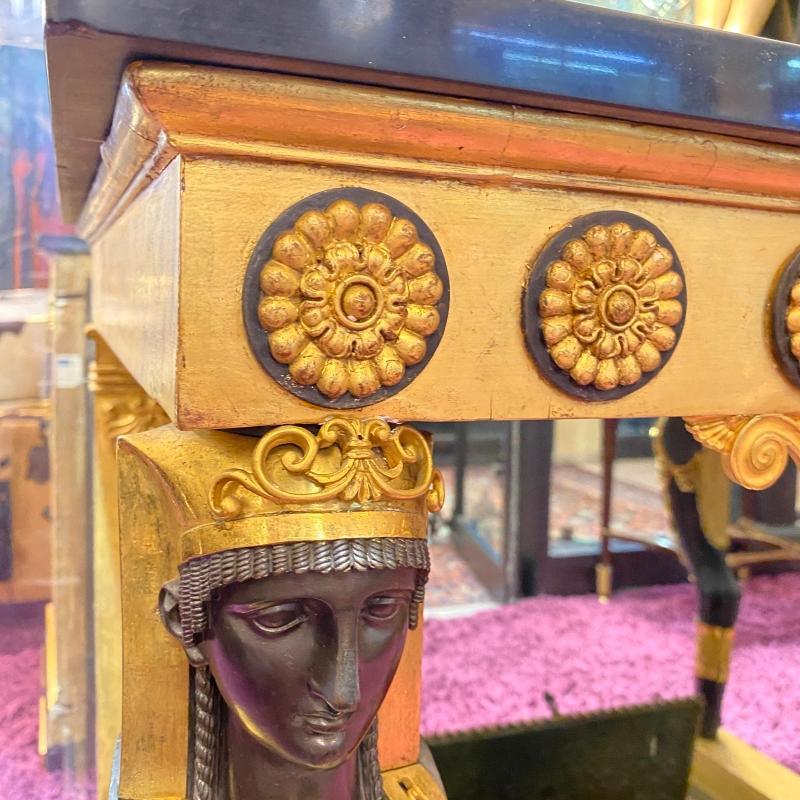 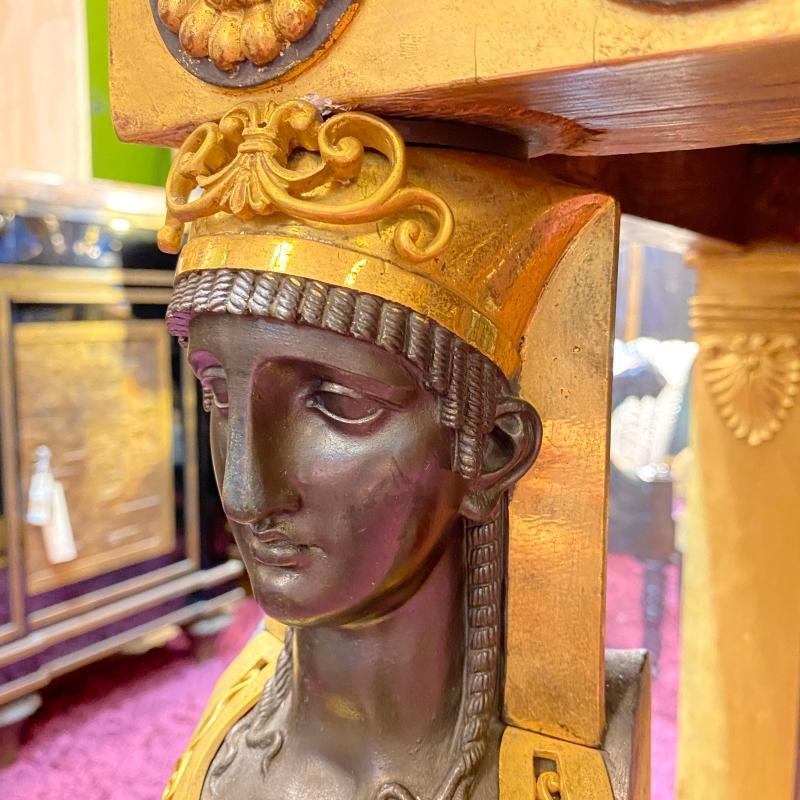 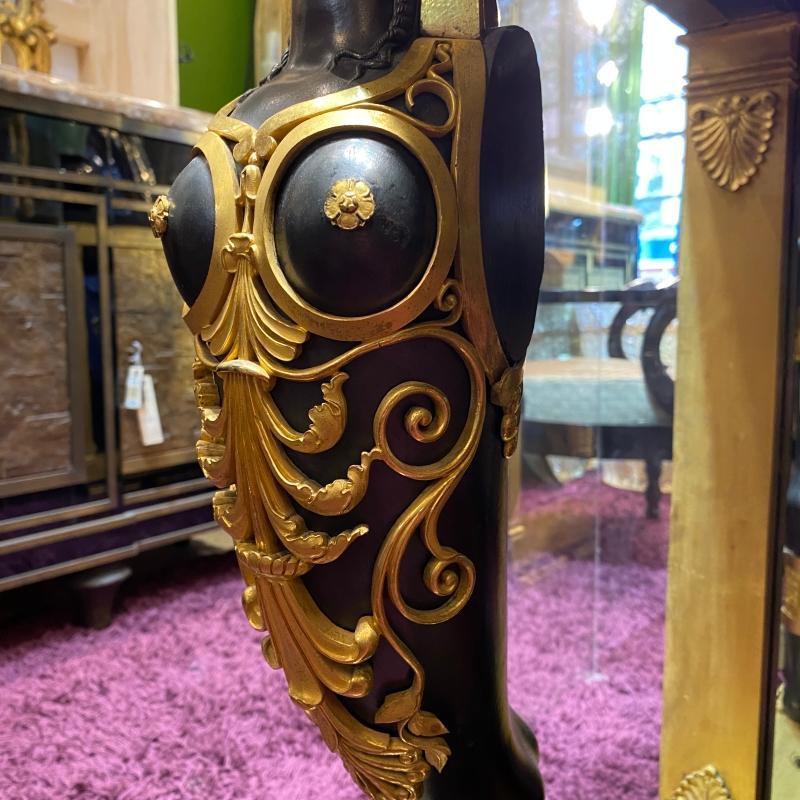 Our pair of French Empire giltwood consoles with ormolu mounts date from the early 19th century and feature a black marble top, frieze with facing griffins flanked by rosettes and Egyptian monopedia front supports above an ebonized stretcher with guilloche motifs along the front and sides, and mirrored rear panels.

Ms. Miller is the co-founder of Matrix Essentials. Following the passing of her husband, she sold the La Reverie estate in 2019 for $109 million.  The sale of her extraordinary collection of antiques brought almost $18 million at Christie's in New York in June, 2021.