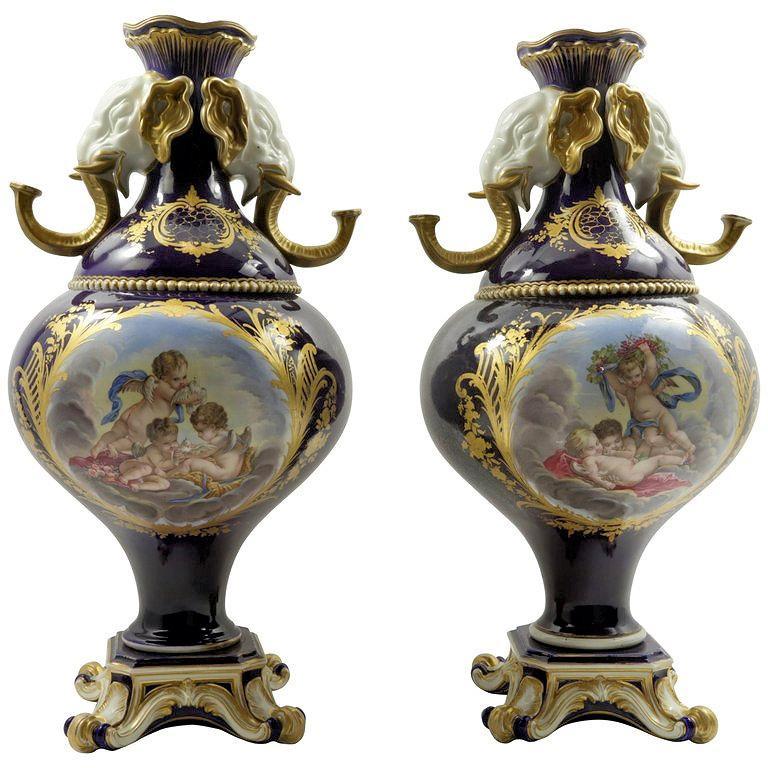 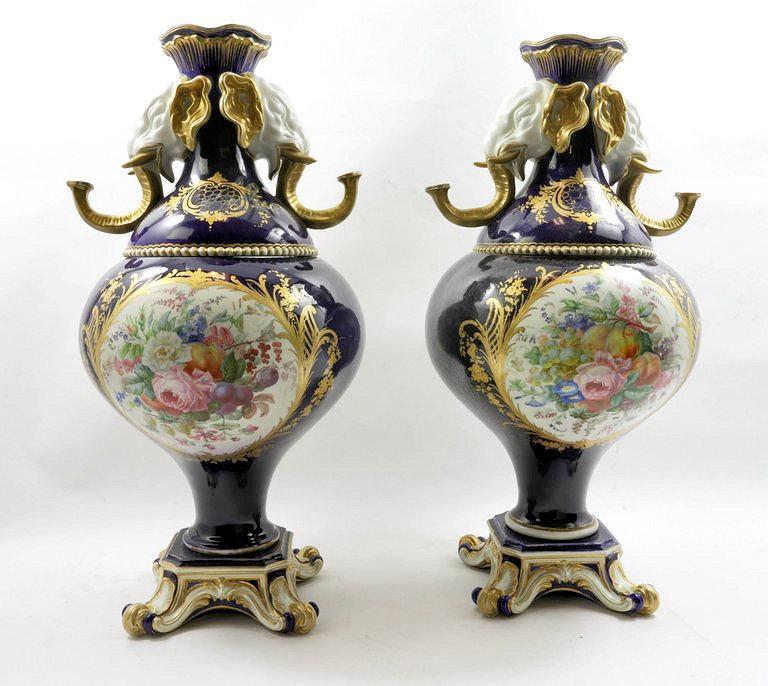 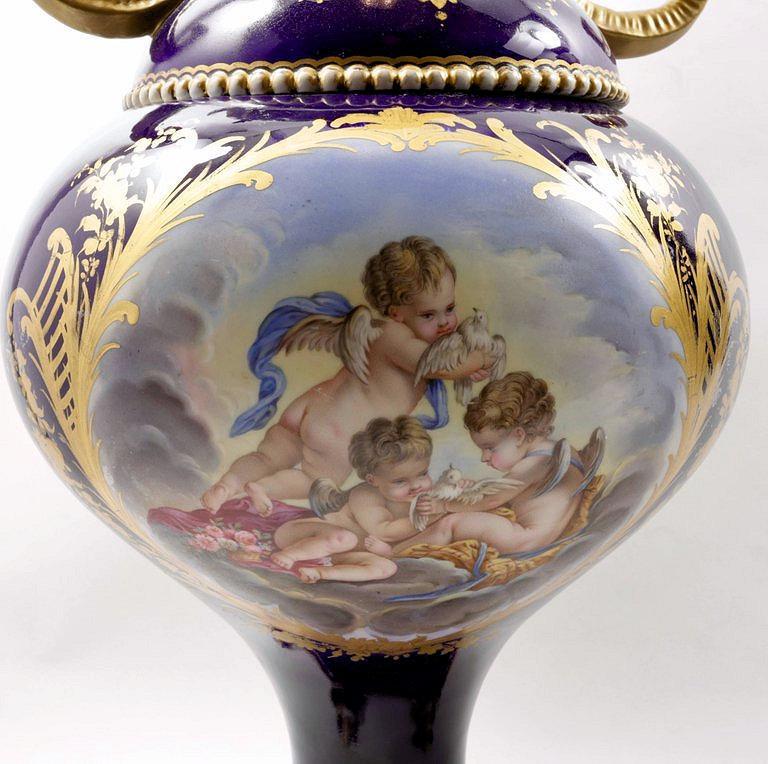 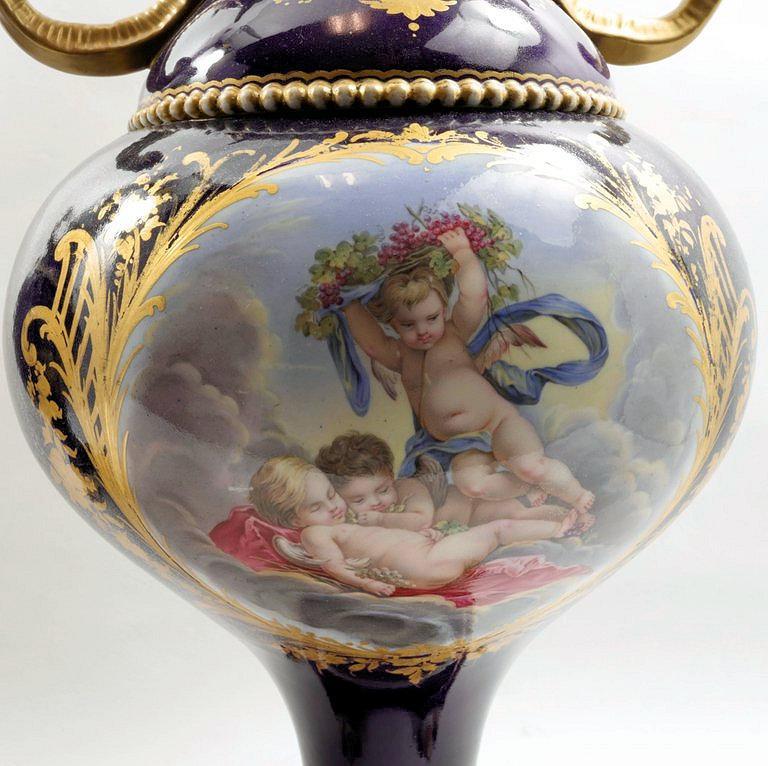 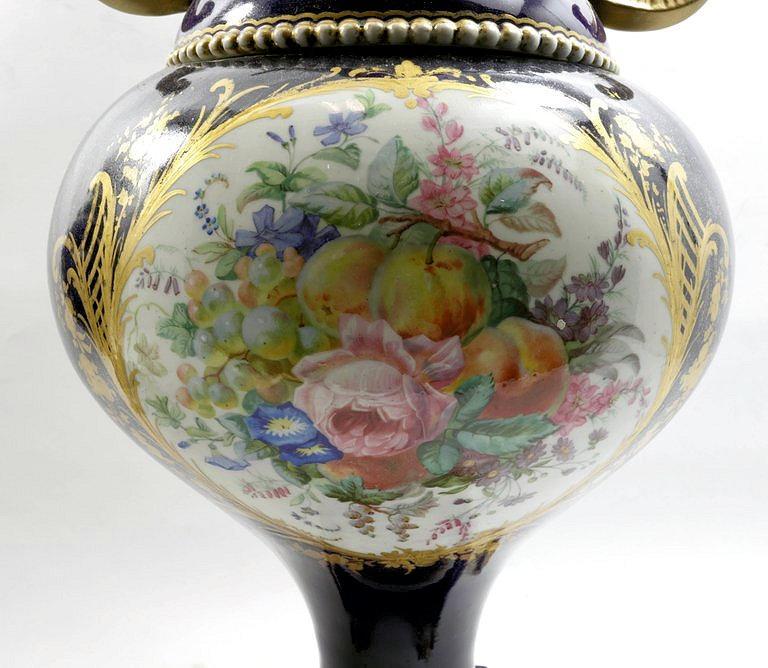 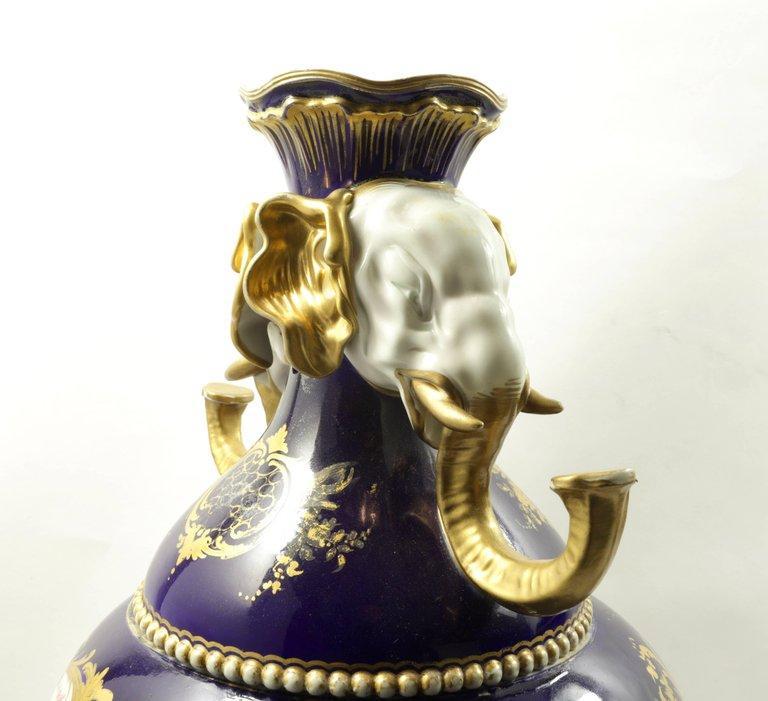 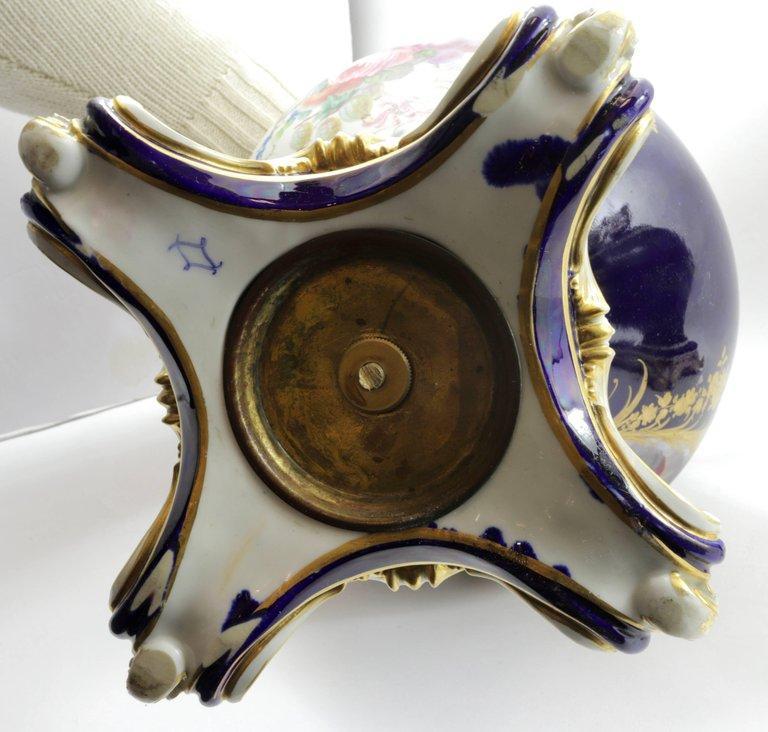 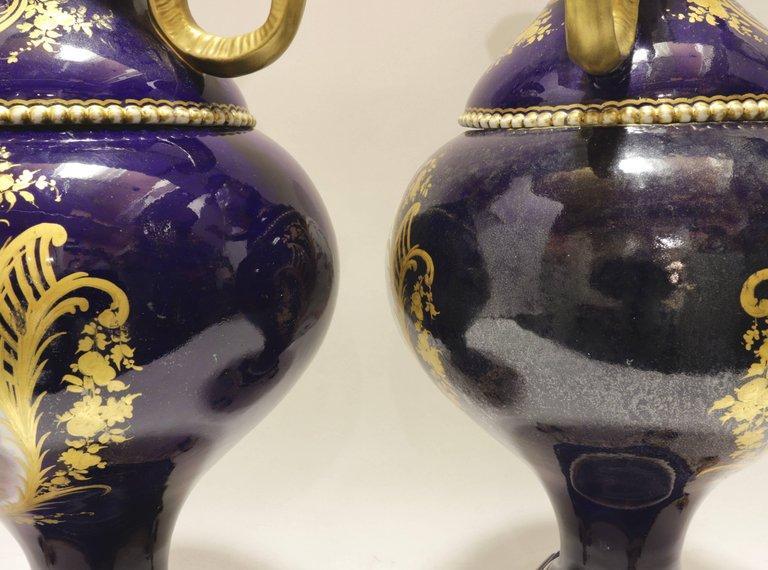 This lovely pair of rare, antique candelabrum vases in the Sevres style features elephant shape handles and hand-painted reserves depicting flowers and putti.  8 x 10 x 6 in; 45.7 x 25.4 x 15.2 cm.  Underside shows a spurious mark, the crossed L mark from the Vincennes factory that was used between 1751 and 1753.

This later pair are based on the design dating from the 1750, one of which resides in the collection of The Metropolitan Museum of Art.  Their example was documented in The Metropolitan Museum of Art Bulletin of May 1960 in an article by Carl Christian Dauterman, entitled Sevres Decorative Porcelains in support of their exhibition of the same name.  The example shown on the bulletin cover and inside the article features the same basic form and motifs, but in the Rose Pompadour pattern which included painted and parcel-gilt ribbons arranged in a trellis pattern with rose flower bouquets.

According to The Met, an inventory report of 1779 indicates "the potpourri vase in the form of a ship (see 58.75.89a, b) and the two elephanthead vases (see also 58.75.90a, b) were part of a decorative grouping of vases that was purchased by Louis-Joseph de Bourbon, prince de Condé (1736–1818), in December 1758. The two other vases that completed the garniture are now in the Musée du Louvre, Paris. The prince de Condé kept the group in his Parisian residence, the Palais de Bourbon. Madame de Pompadour was an avid buyer of both models of vase, owning at least two of the boatshaped vases and possessing at least three pairs of elephant-head vases. The cost of these vases and the difficulty of producing them ensured that relatively few were made. Ten of the boat-shaped vases and twenty-two elephant-head vases are believed to have survived to the present."