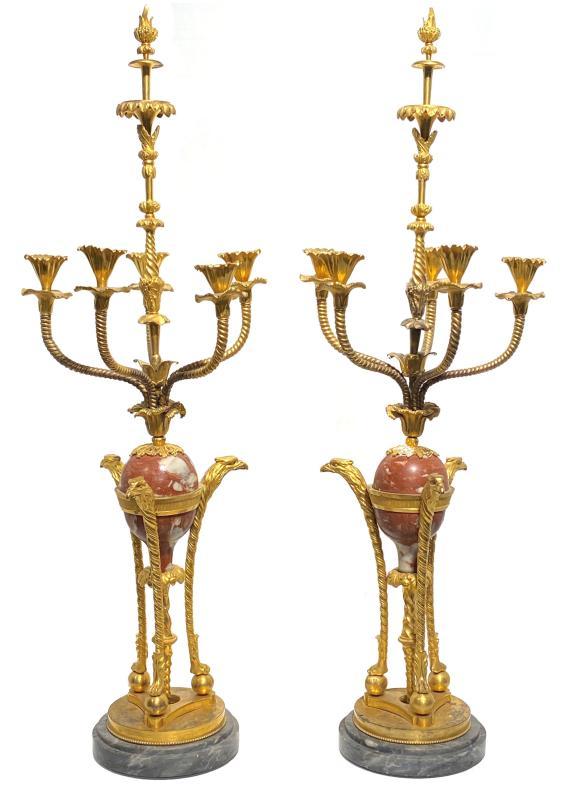 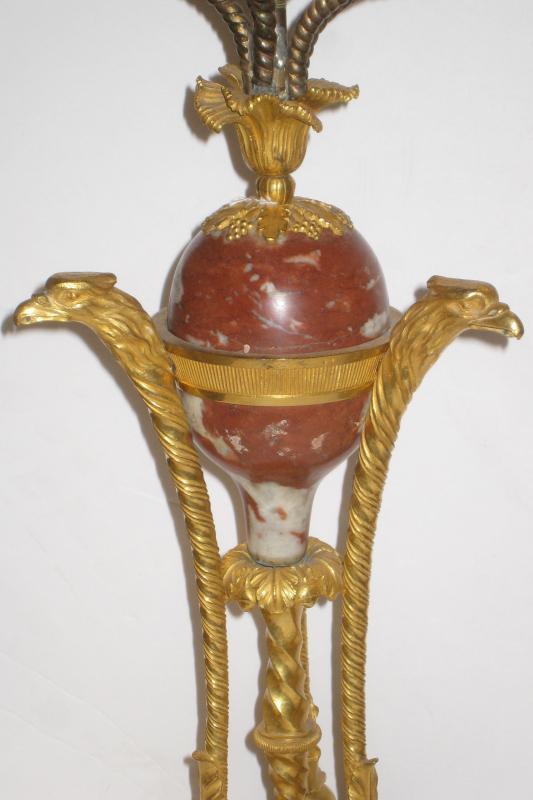 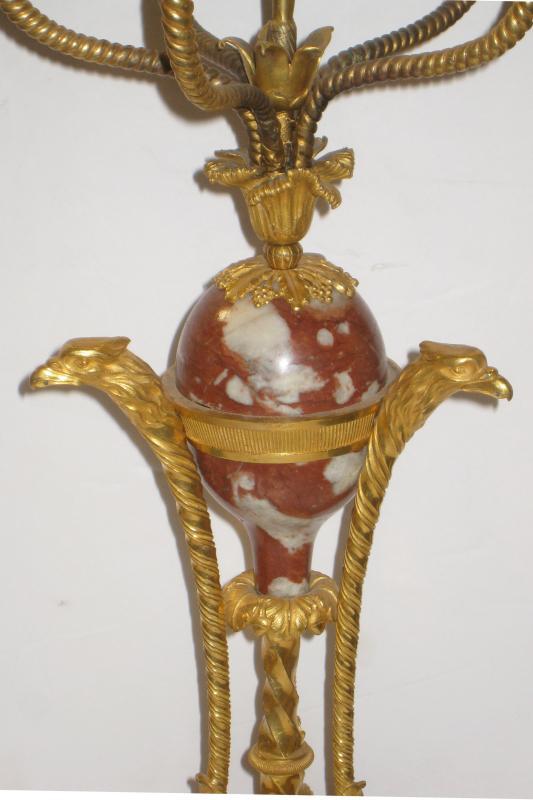 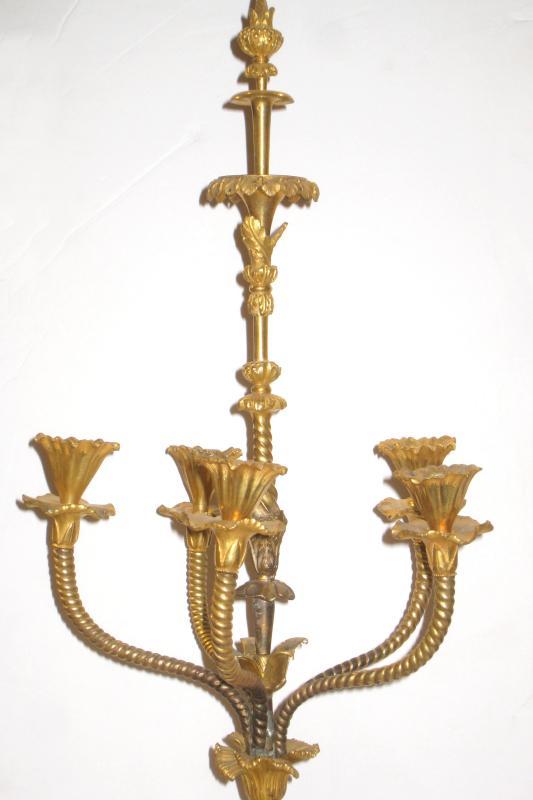 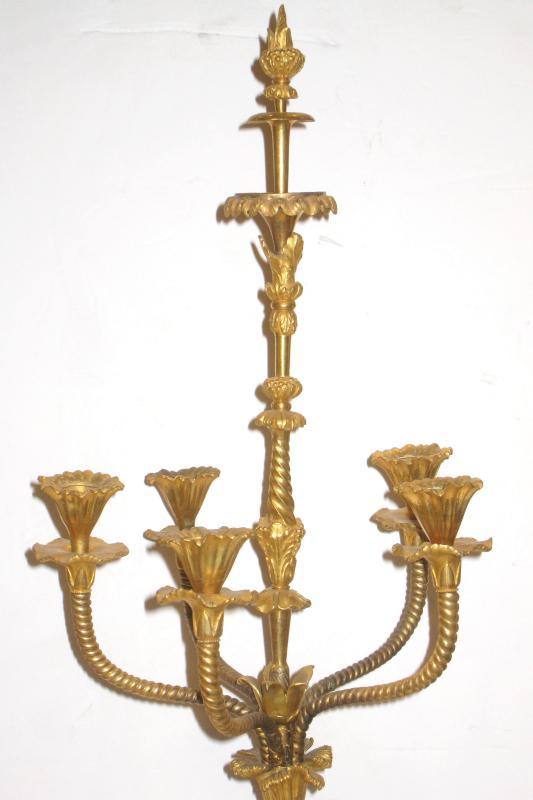 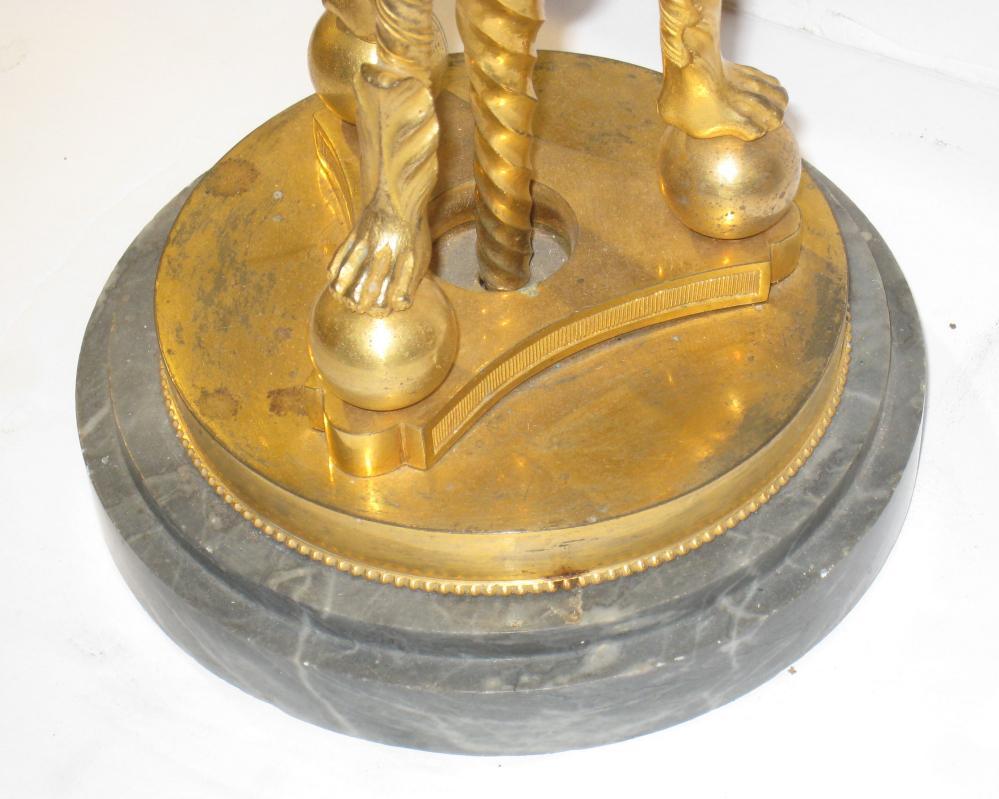 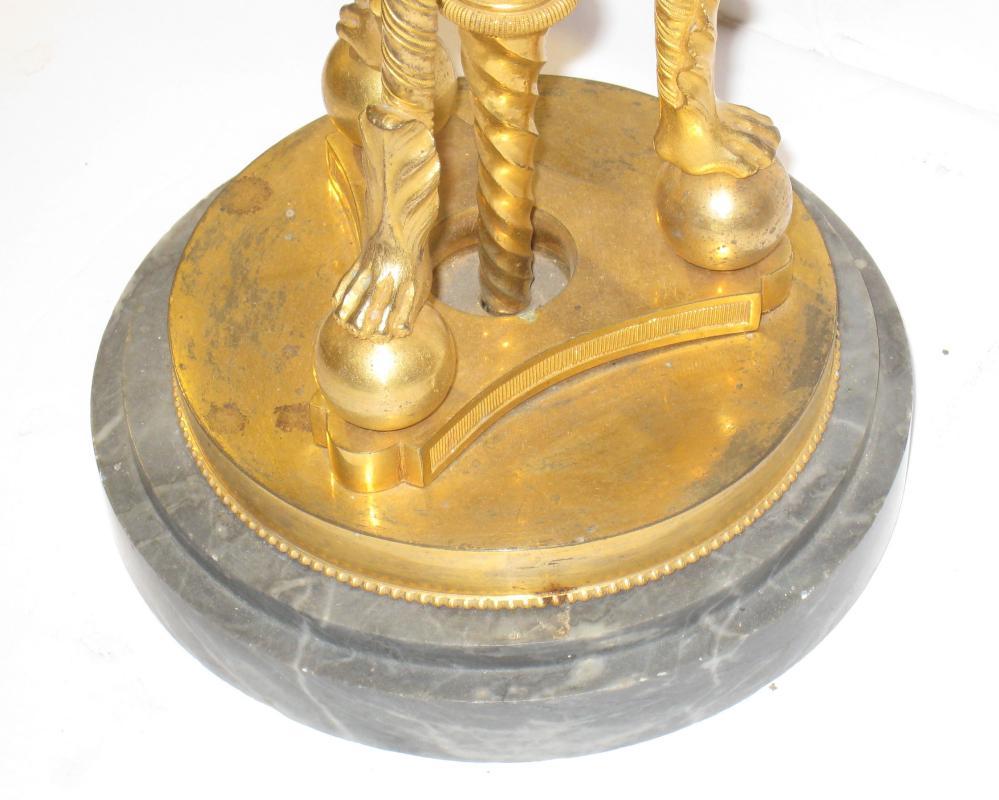 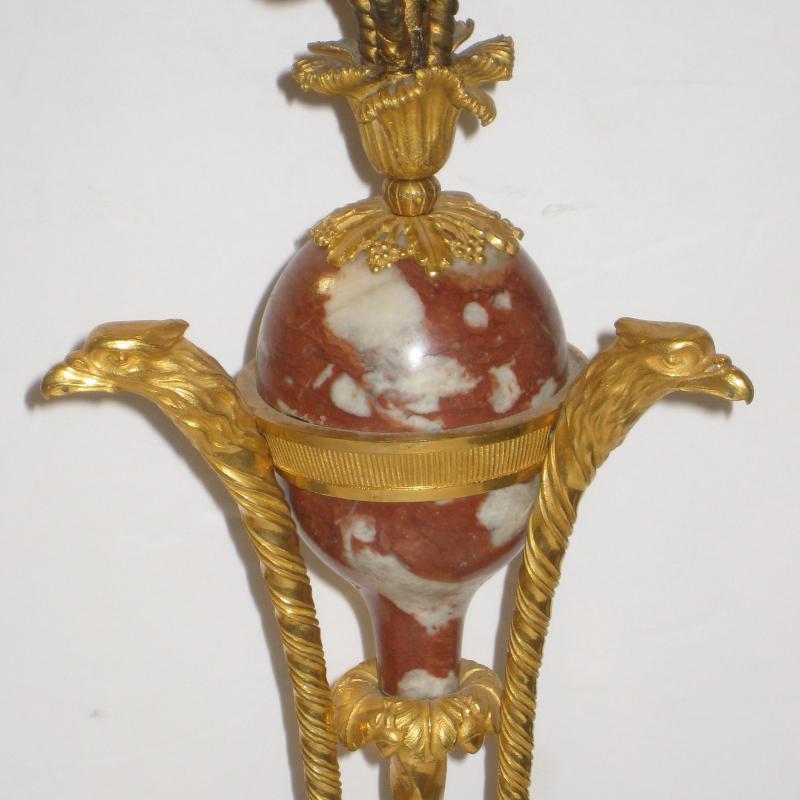 Our pair of Russian candelabra in the form of Roman atheniennes are crafted from ormolu bronze, bleu turquin marble and variegated rouge marble, and feature the prominent figures of eagles and five candle arms. They date from the late 19th to early 20th century and are in good condition, with some bends to the candle arms, some small losses to the marble pedestals, oxidation and some modest degree of surface dirt. Underside of the bronze is signed where it meets the marble pedestals. We don't have photographs of the signature at this time, but may ask our client to provide upon demand.