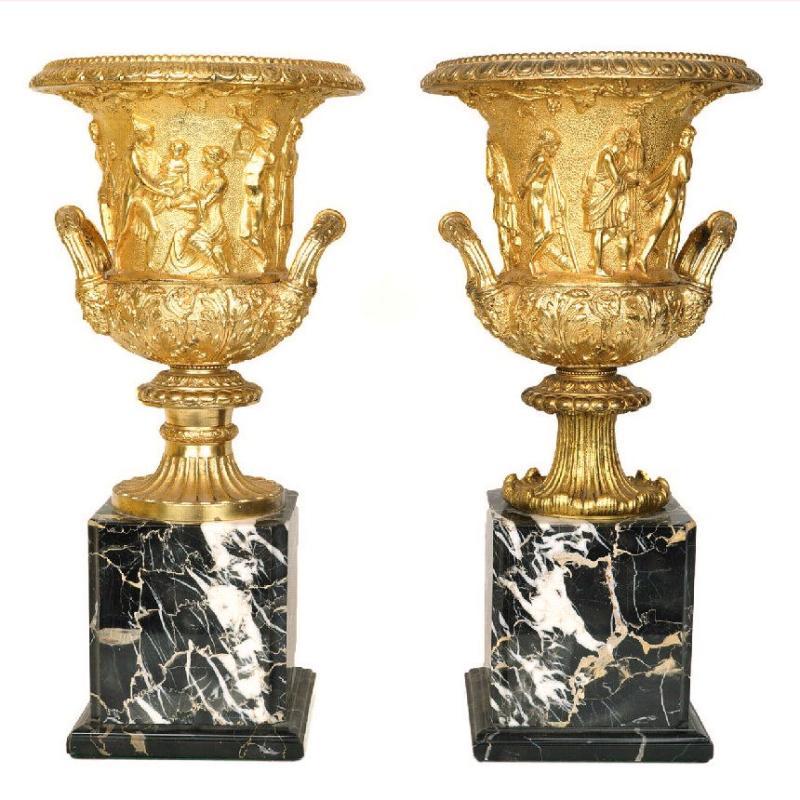 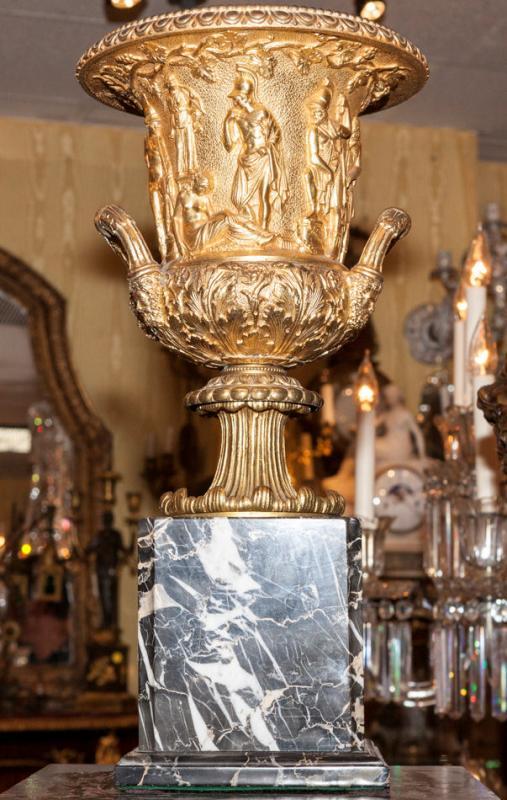 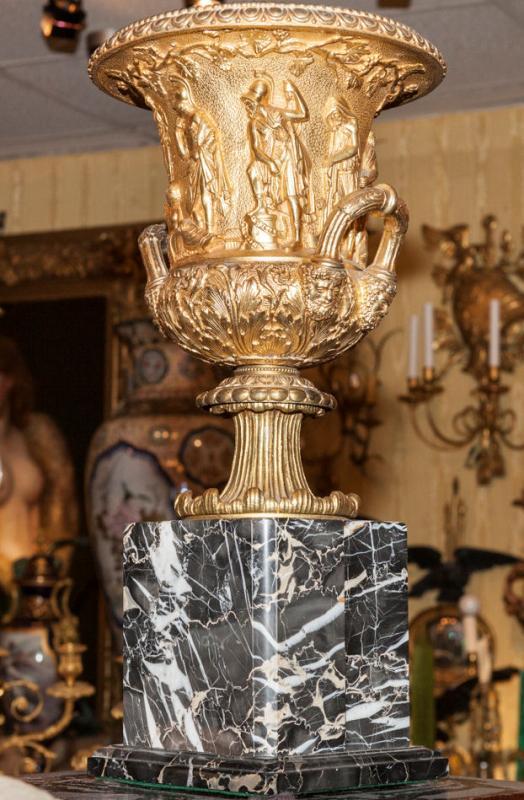 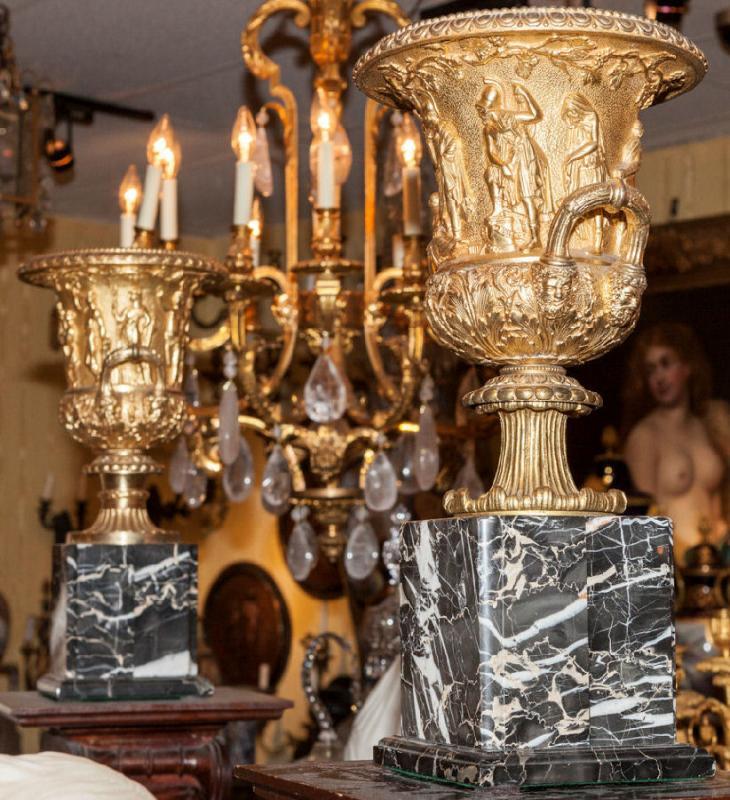 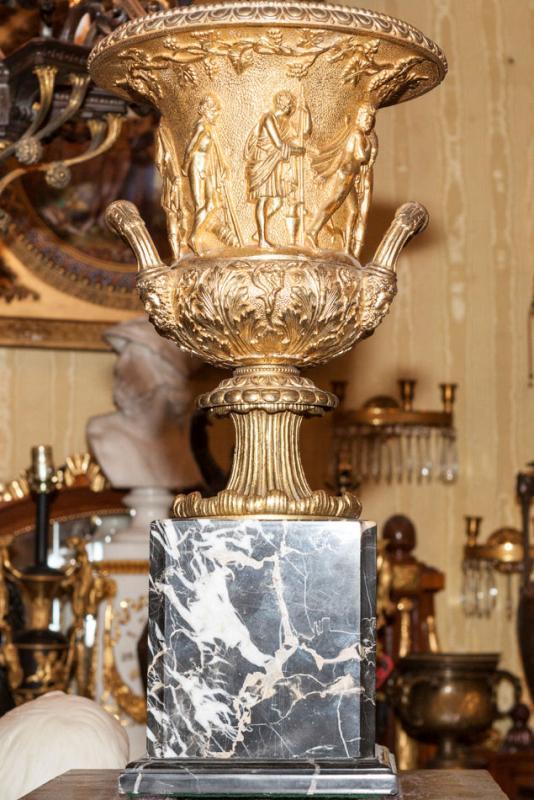 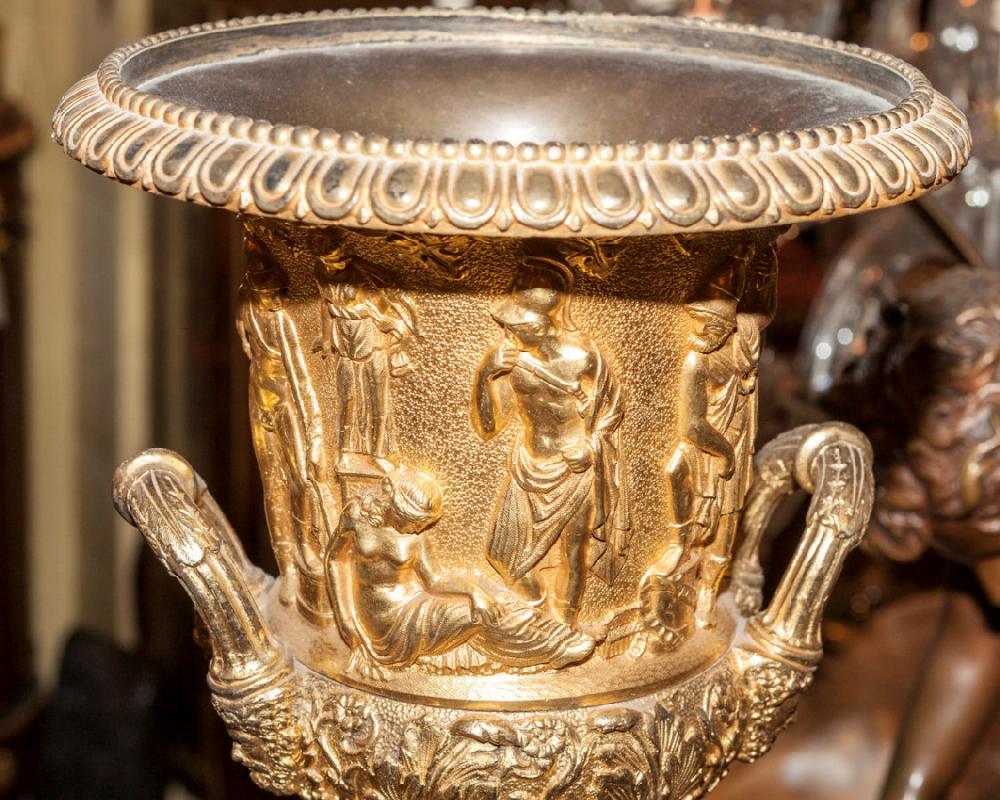 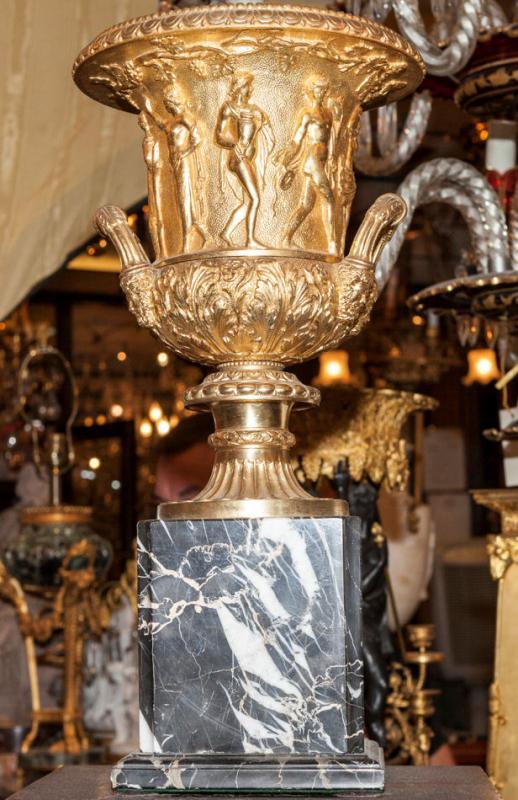 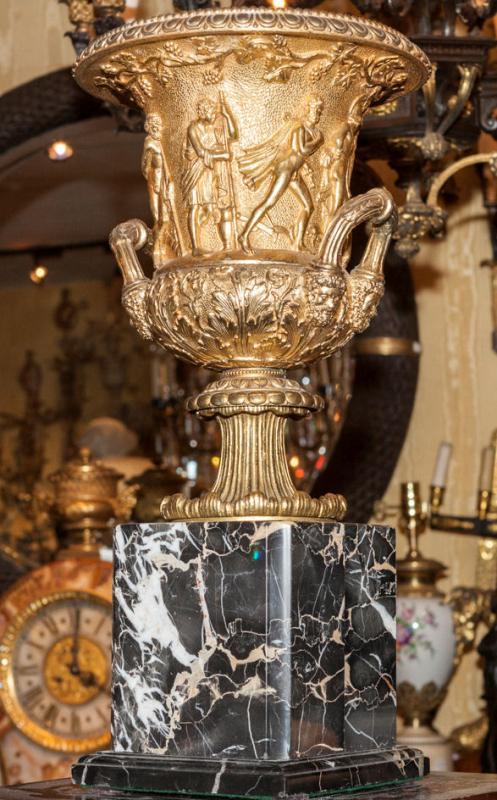 This pair of antique gilt bronze urns, modelled after the ancient Medici vase, date from the late 19th to early 20th century, and measure 18.6" tall and 9" across at the rim.  Overall condition of each is good. There is oxidation to the gilt surfaces, scratches and nicks to the marble, and the socles do not match. Pedestals feature variegated grey and white marble veneer, and a few panels have been replaced as seen in our images.

The Medici vase in a monumental five foot tall krater style vase sculpted in Athens in the first century that wound up in the collection at Villa Medici in the sixteenth century. It now resides in Uffizi Gallery in Florence.