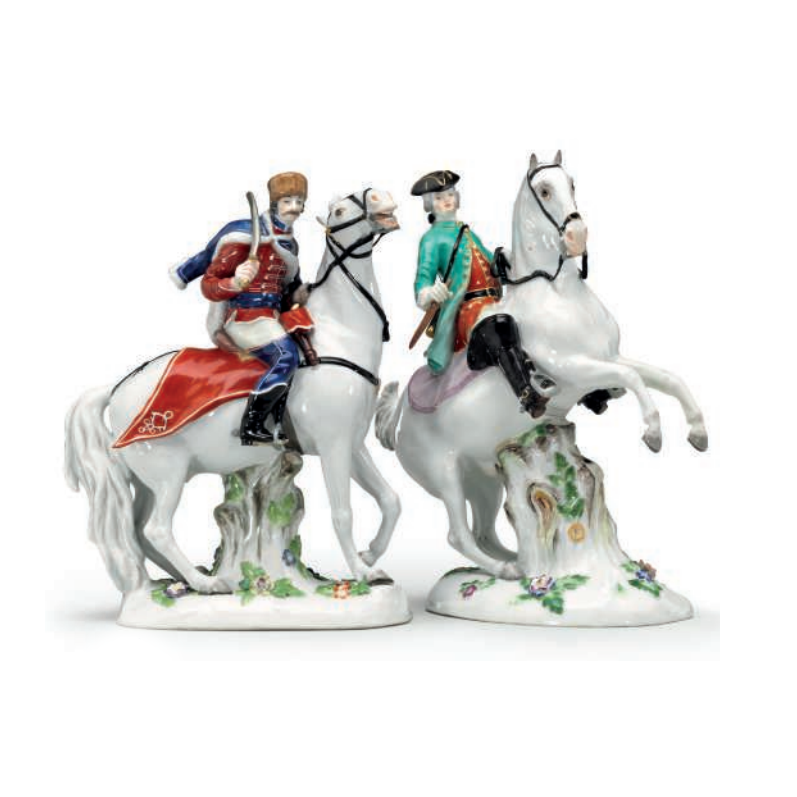 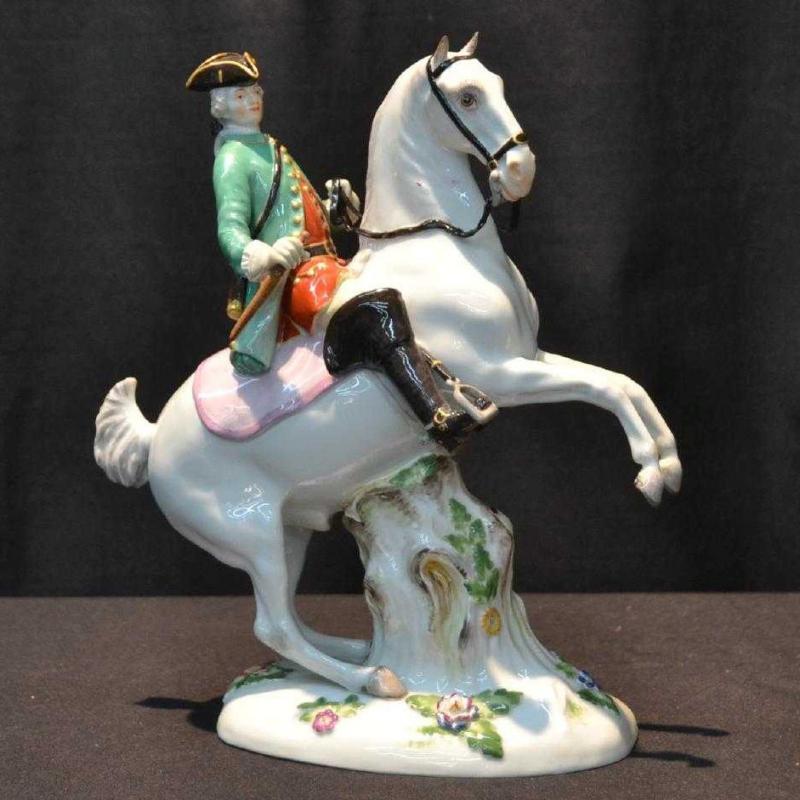 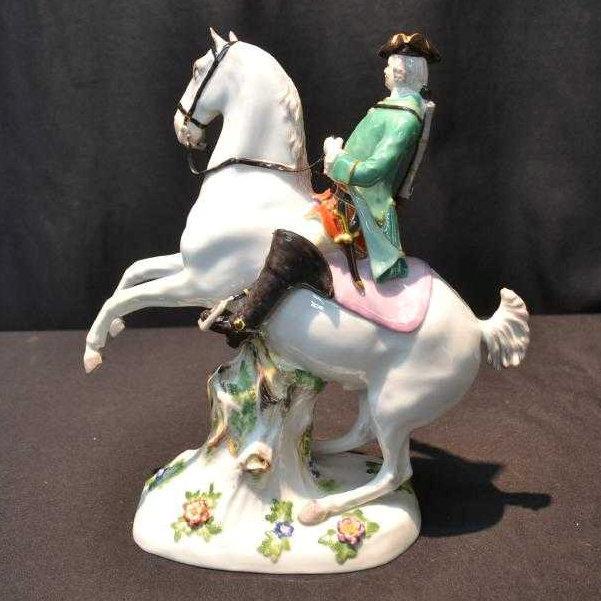 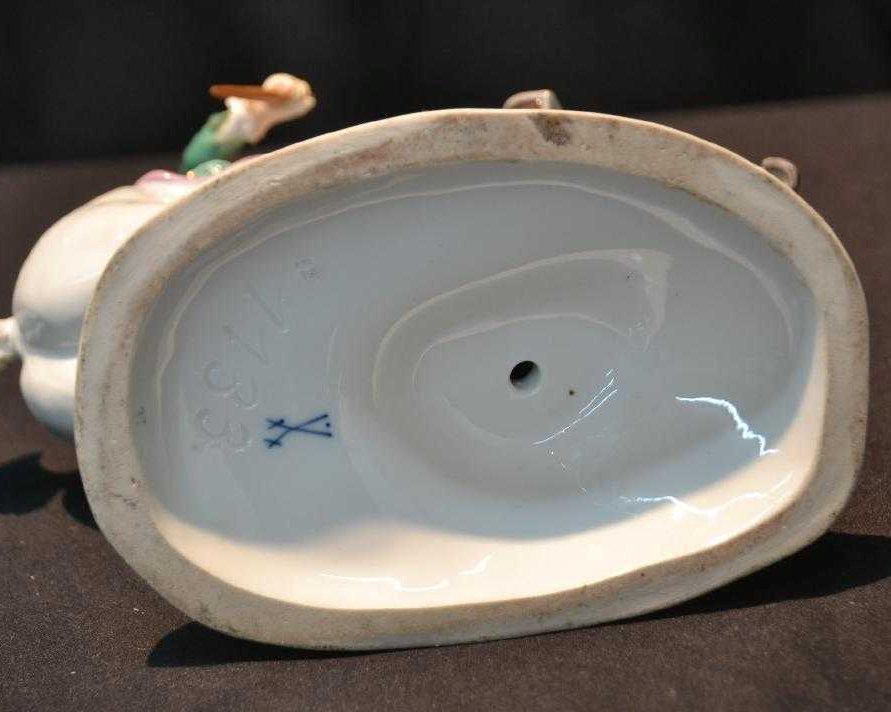 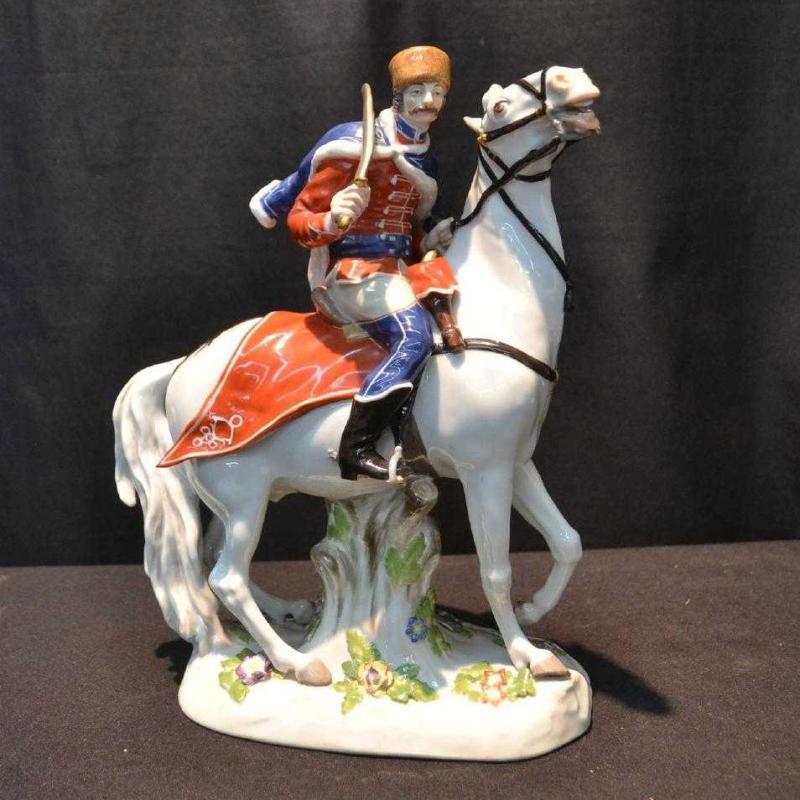 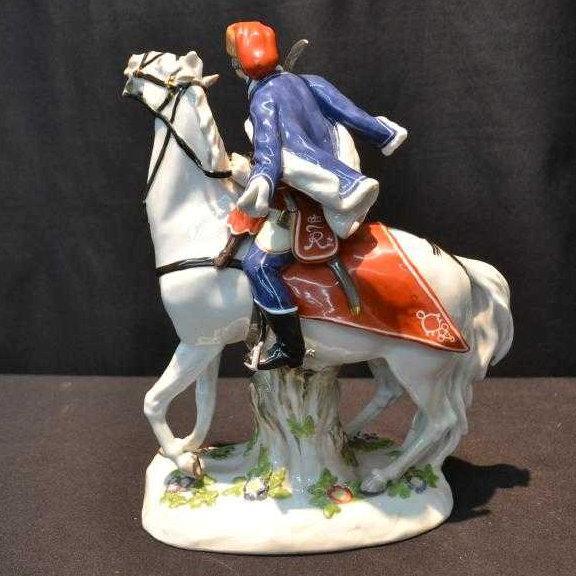 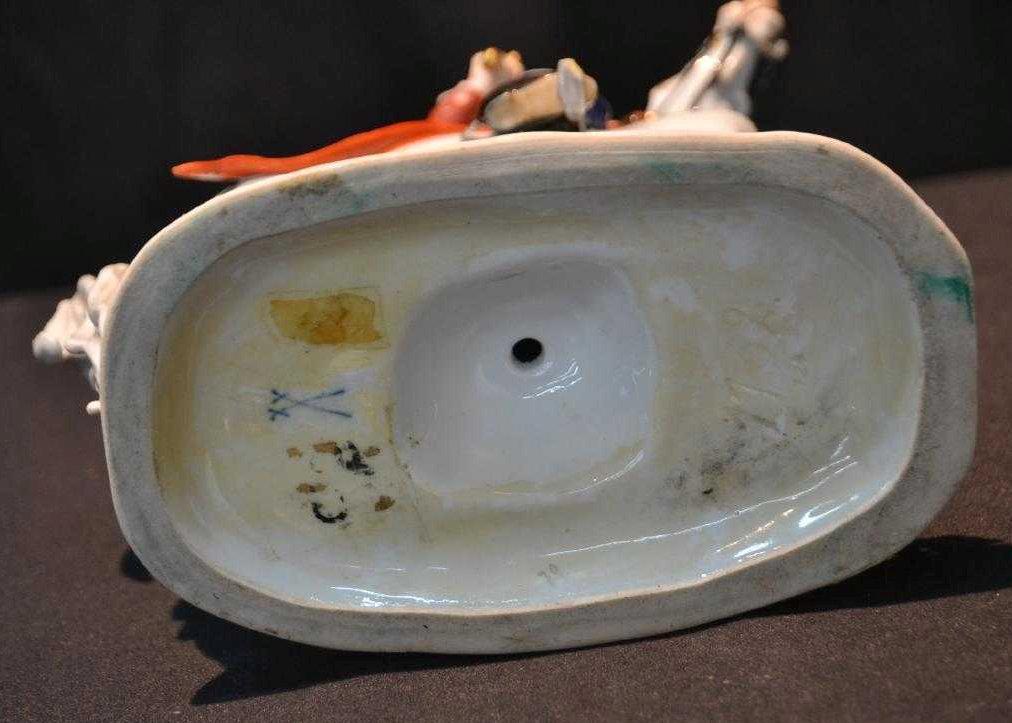 Included here are two equestrian group figures, including a Hussar and figure believed to depict the Prince of Dessau, dating from the late 19th to early 20th century, with blue crossed sword marks, the later of which with a dot between the blades. Incised model numbers 1132 and 1133, Pressnummern 124 and 52, after the original models by Peter Reinicke and Johann Joachim Kandler.  Provenance:  Christies.