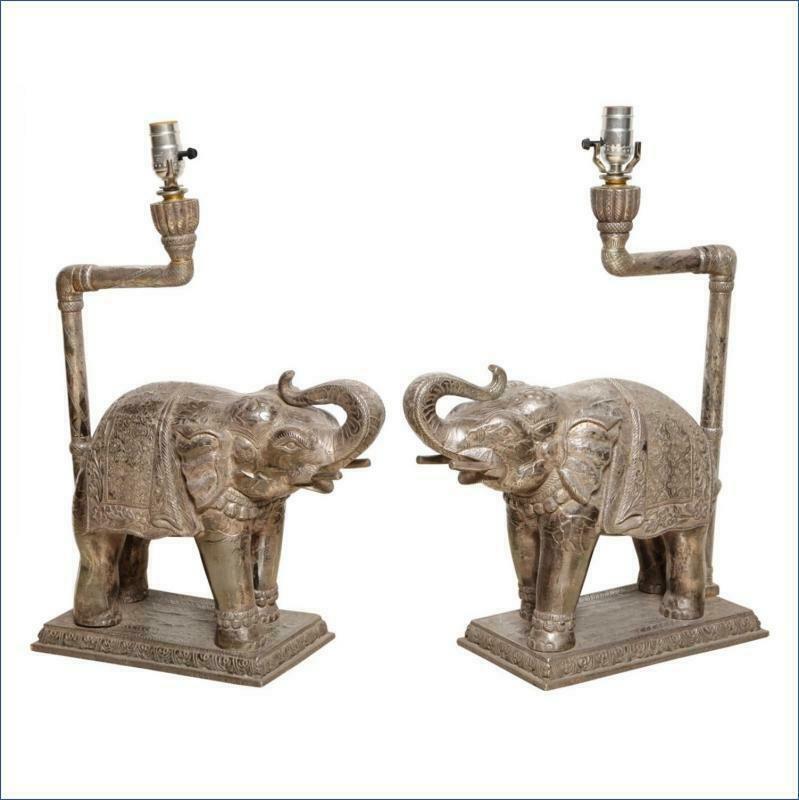 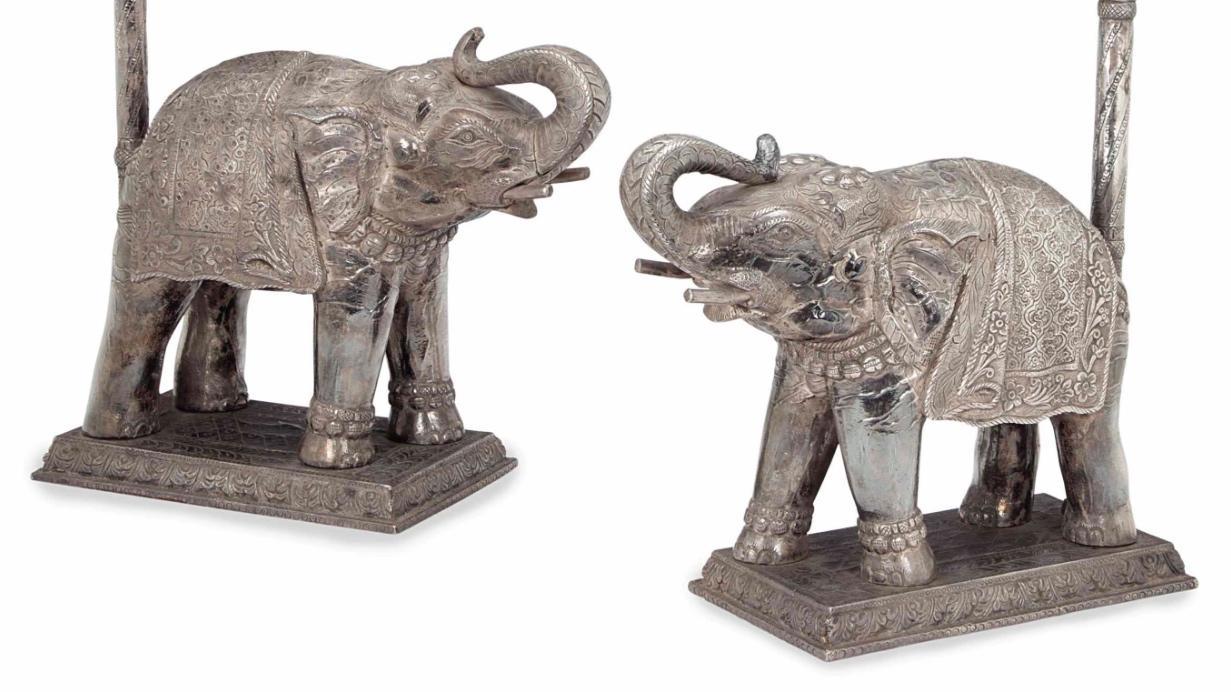 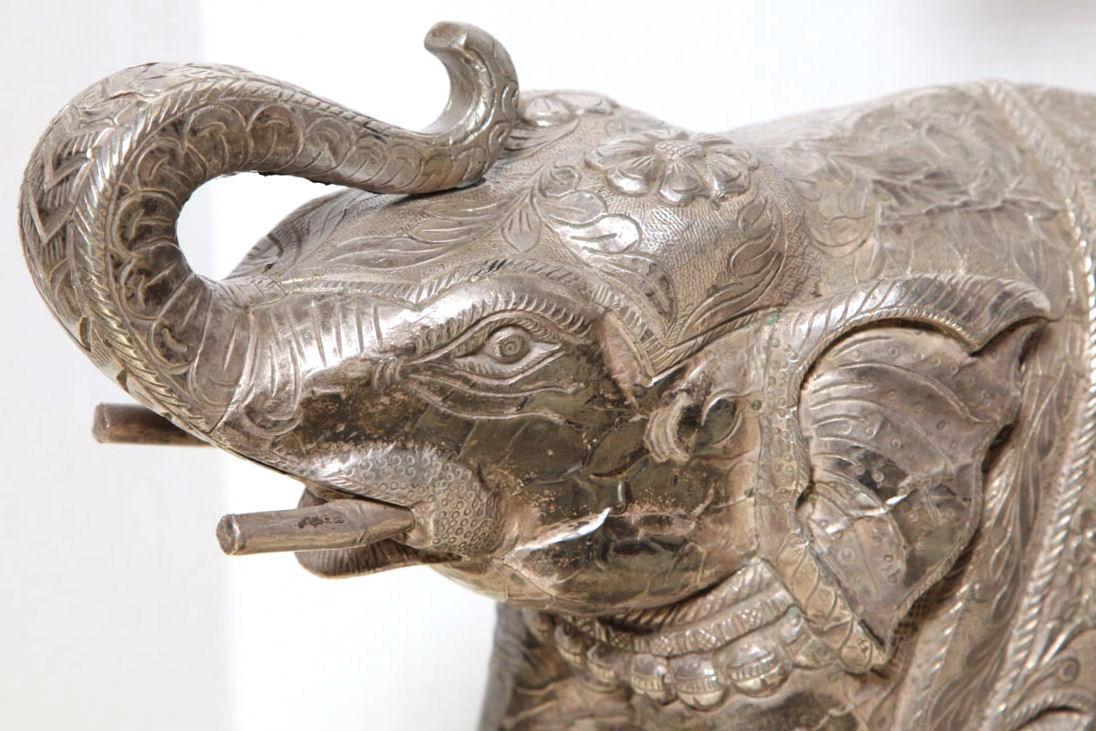 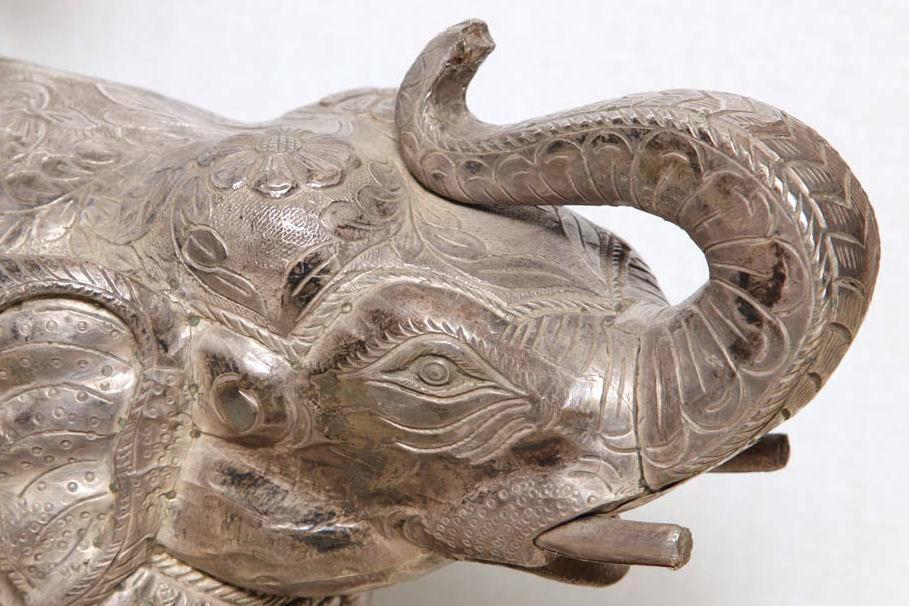 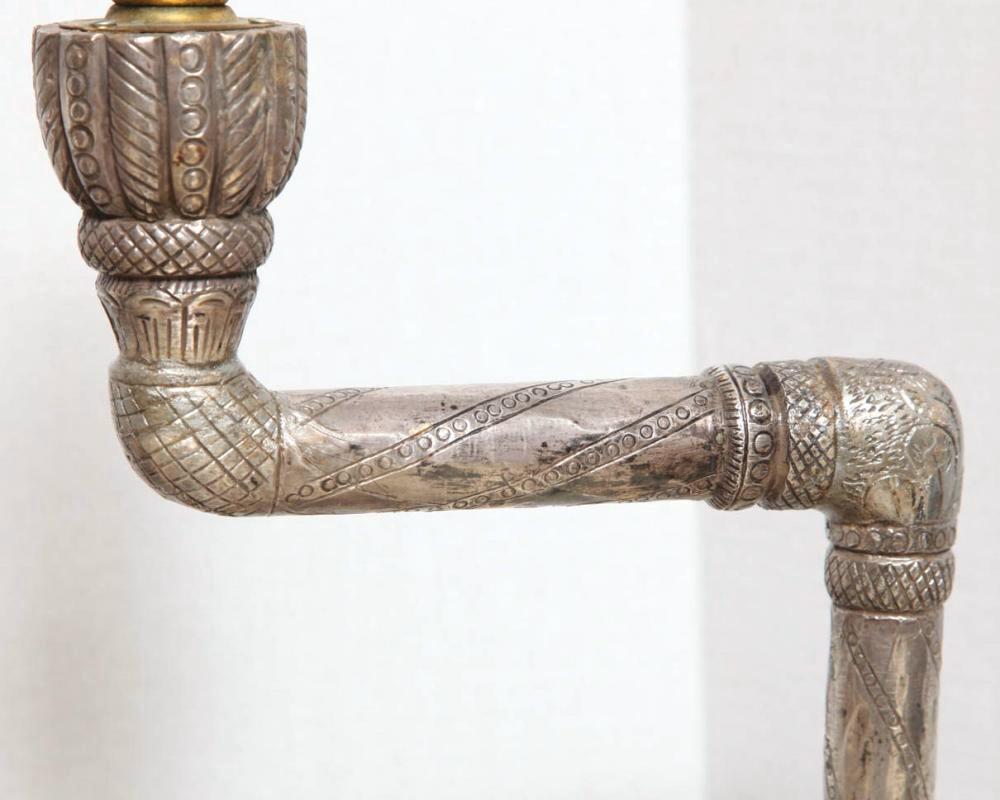 Our pair of Indian silver clad metal lamps in the form of processional ceremonial elephants adorned with Jhool saddle cloths, date from the early 20th century and featured intricately chased and embossed designs. Silver likely adorns frameworks of carved wood or light metal.  Each measures approximately 23 x 12 x 6.75 in (58 x 30 x 17 cm).  One arm has since been restored and they have modern wiring/sockets, ready for use. Provenance: Christie's.

According to Sotheby's, ceremonial elephants wearing embroidered saddle cloths, Jhools, as well as decorative head cloths, caparisons, as well as heavy jewellery, were paraded at the annual Elephant Festival in Rajasthan, held during Holi.   Elephants decorated in this fashion were also employed at funerals and celebrations, carrying noble dignitaries within a Howdah, a carriage stationed on the elephants back.