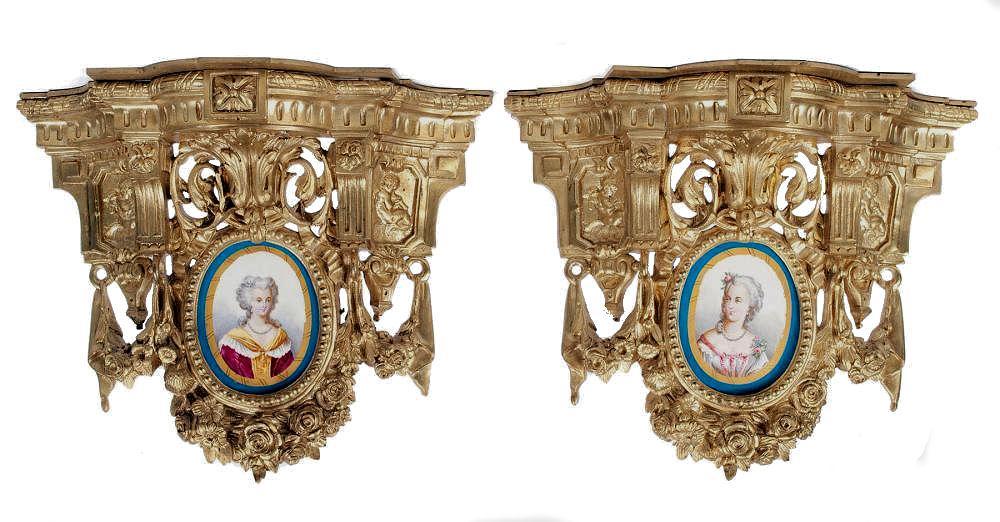 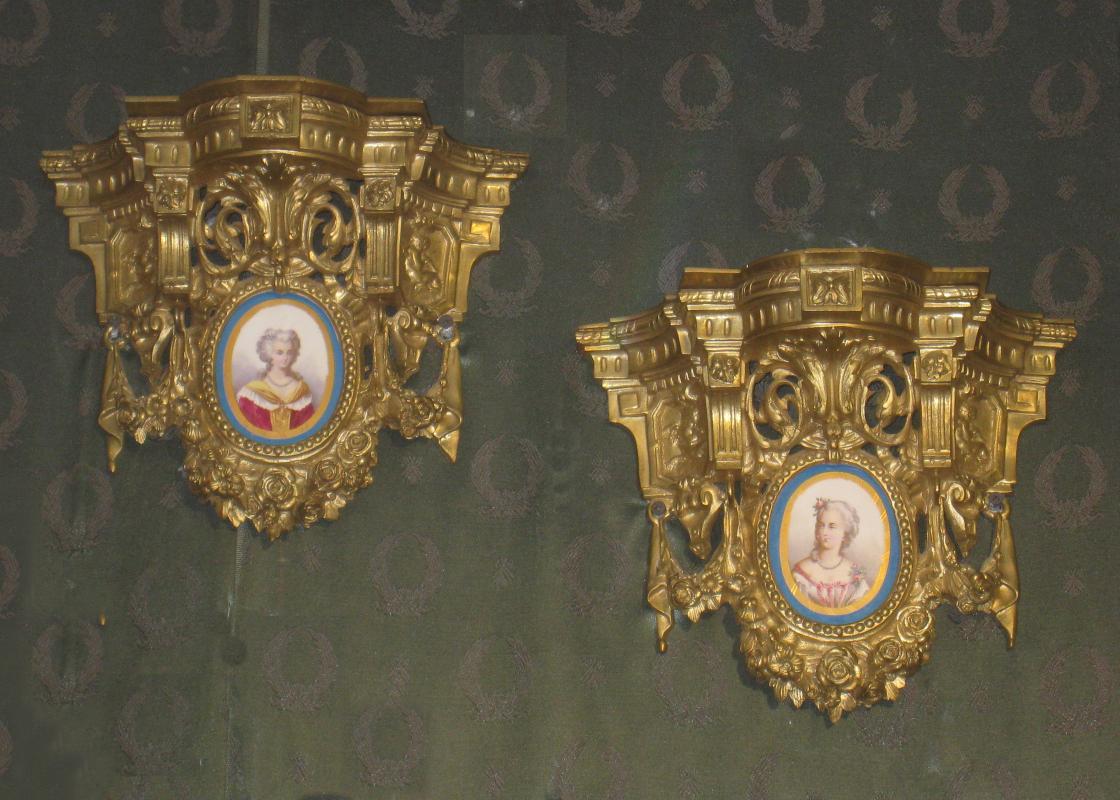 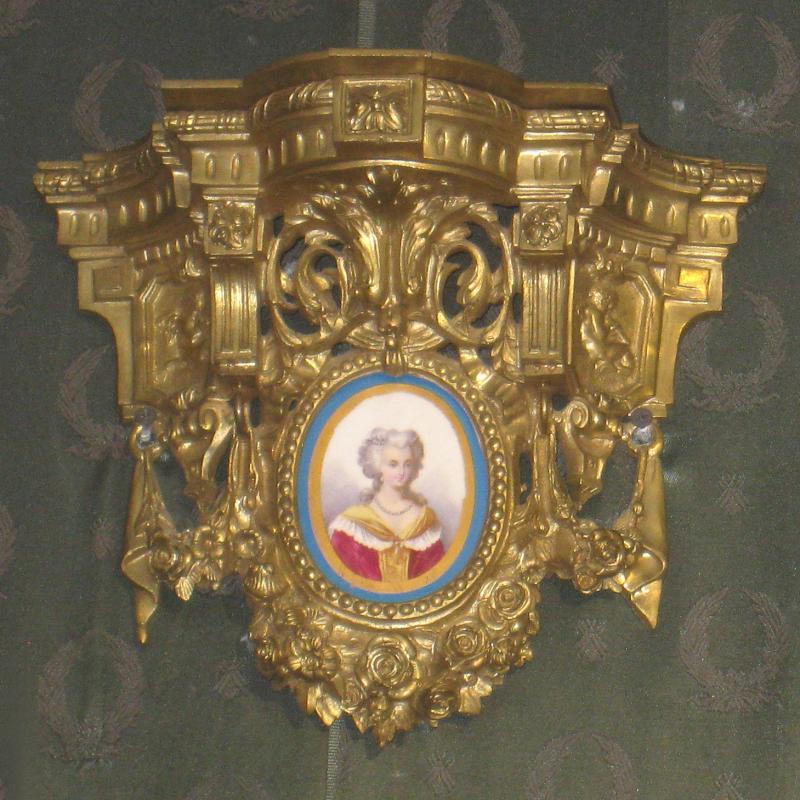 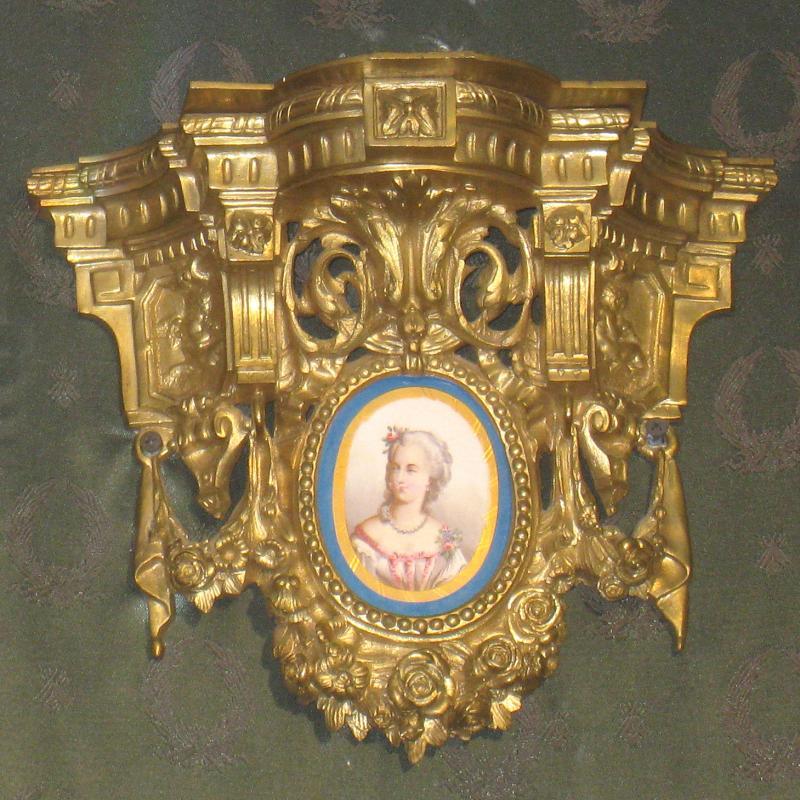 Our pair of French gilt bronze brackets from the mid to late nineteenth century  feature their original hand-painted porcelain plaques depicting Marie Antoinette and another lady of the court. Believed to date from the Napoleon III period (1848-1870). They have an architectural form with neoclassical elements, including brackets, rosettes, reed-and-tie molding and swag and drapery designs. They each measure 10.5" wide, 8.5" tall and 4.5" deep, and each weighs an estimated 8 lbs. The porcelain plaques each measure 4" by 3" and have gilded borders in the manner of Sevres.

On April 11, 2007 Christie's in New York sold a similar pair of brackets in lot 206 for $24,000 including buyer's premium. That pair are identical in form and finish to ours, apparently cast by the same foundry, with painted and gilded porcelain plaques depicting ladies of the court.