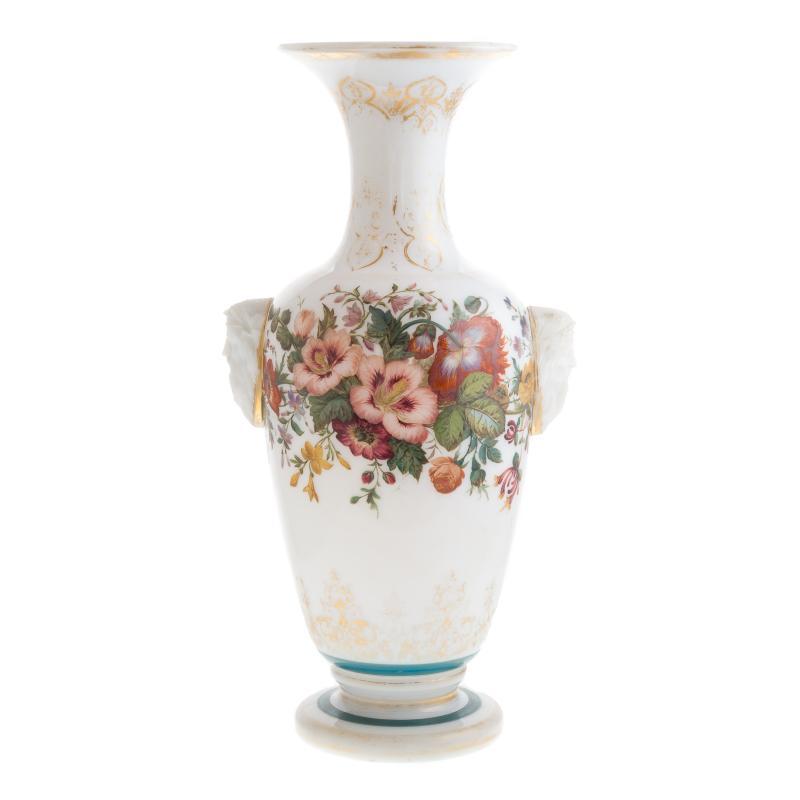 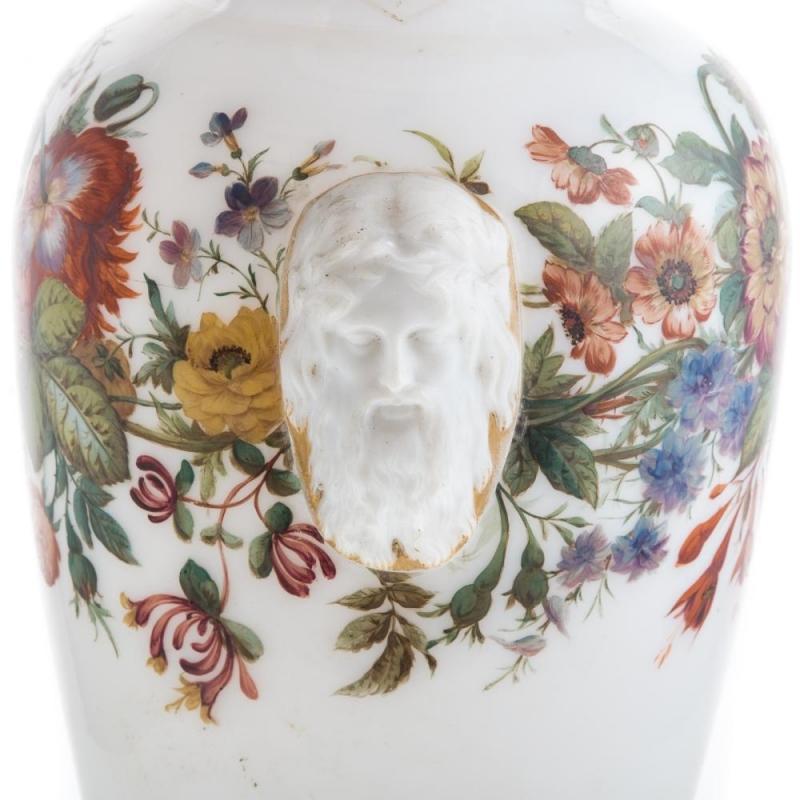 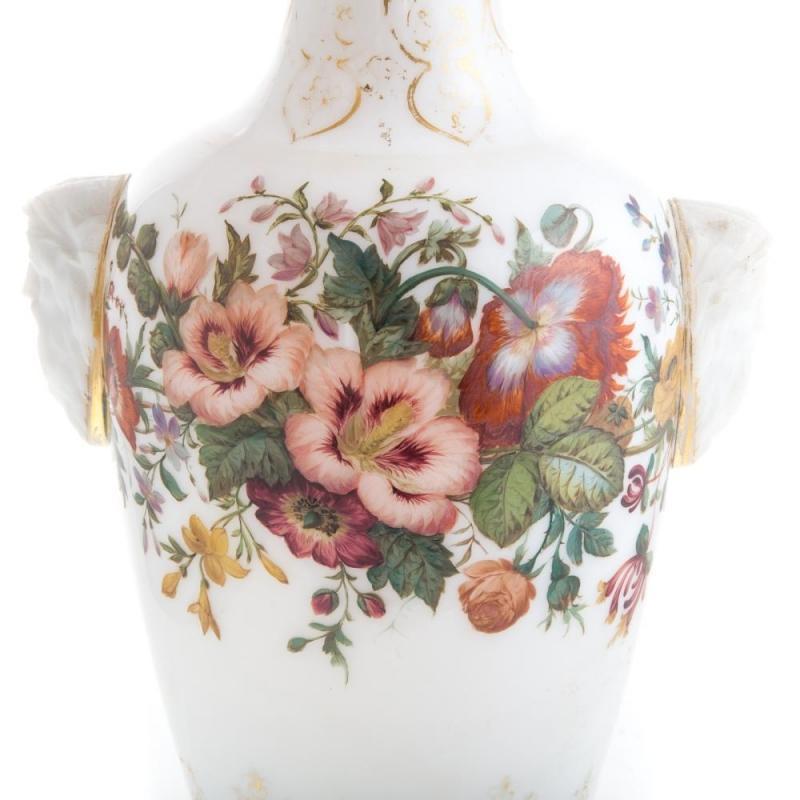 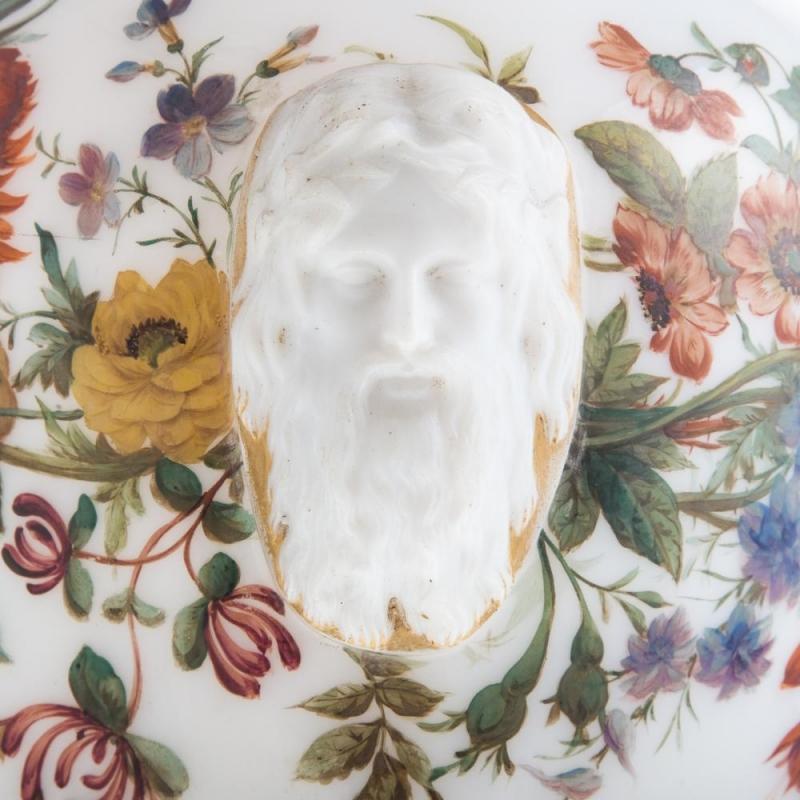 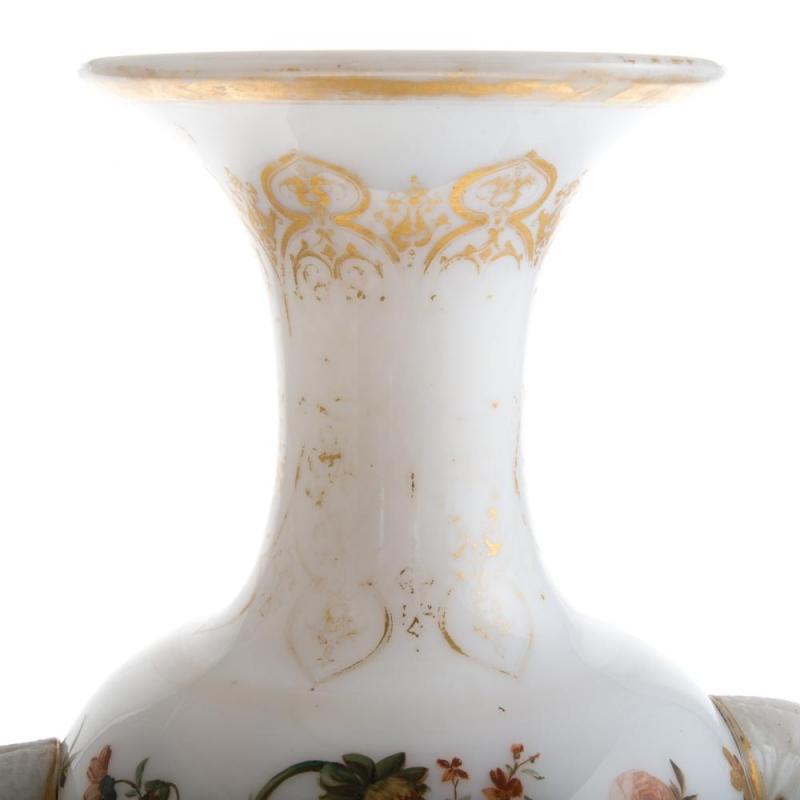 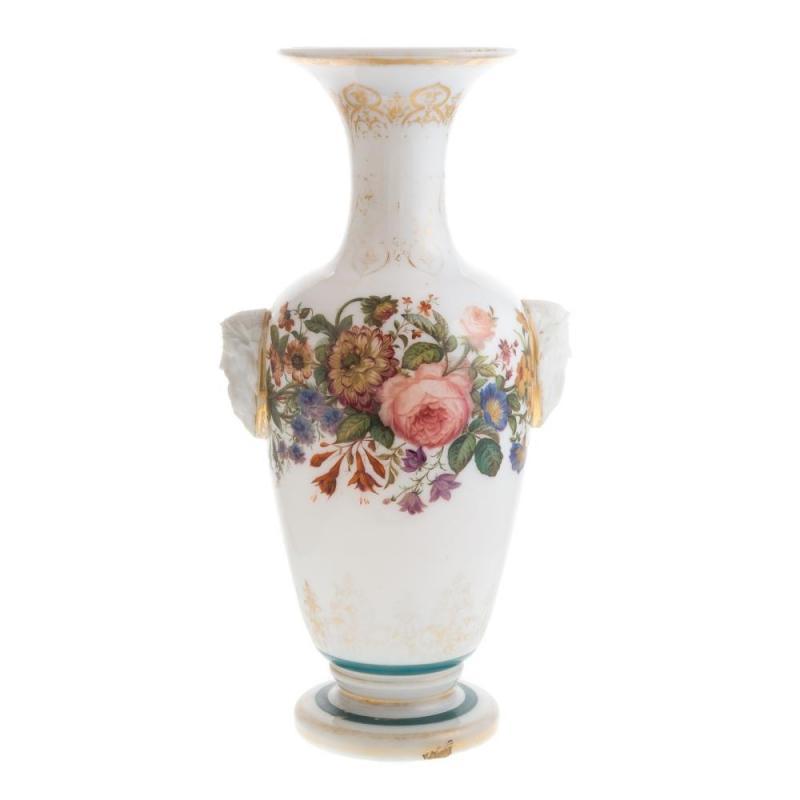 This fine vase, attributed to Jean Francois Robert (1778-c1855) for Baccarat, has a baluster form and is flanked by pâte de riz applied satyr mask handles, and are painted with floral bouquets and scattered sprays, with the mouth and foot decorated with turquoise and gilt bands.  19.25 in (49 cm) tall. There is obvious wear to the gilding, plus light scratches, and a chip loss to one of the satyr masks, plus old paper label residue affixed to the side the the bottom edge, which may no doubt be easily removed.

According to the Corning Museum of Glass, large opaline (translucent white) baluster-shaped vases of this kind were made at the Baccarat factory from aroumd 1845 to 1855. His designs commonly featured large sprays of flowers in multicolored enamels, set between gilt foliate scrolling borders with use of turquoise blue grounds. From about 1843 to 1855, Robert was the principal decorator of vases of this kind. His process for the composition of polychrome enamels, previously used on porcelain, applied to glass, patented in 1838. Previously a painter for the Sèvres porcelain manufactory, it was his success in this technique that allowed him to establish a workshop in Sèvres where he painted opaline glasses from Baccarat and Saint-Louis. Literature: Christine Vincendeau, Les Opalines, Paris: Amateur, 1998, pp. 120–130; and Jean-Louis Curtis, Baccarat, New York: H. N. Abrams, 1992, pp. 225, 230–233, and 292.