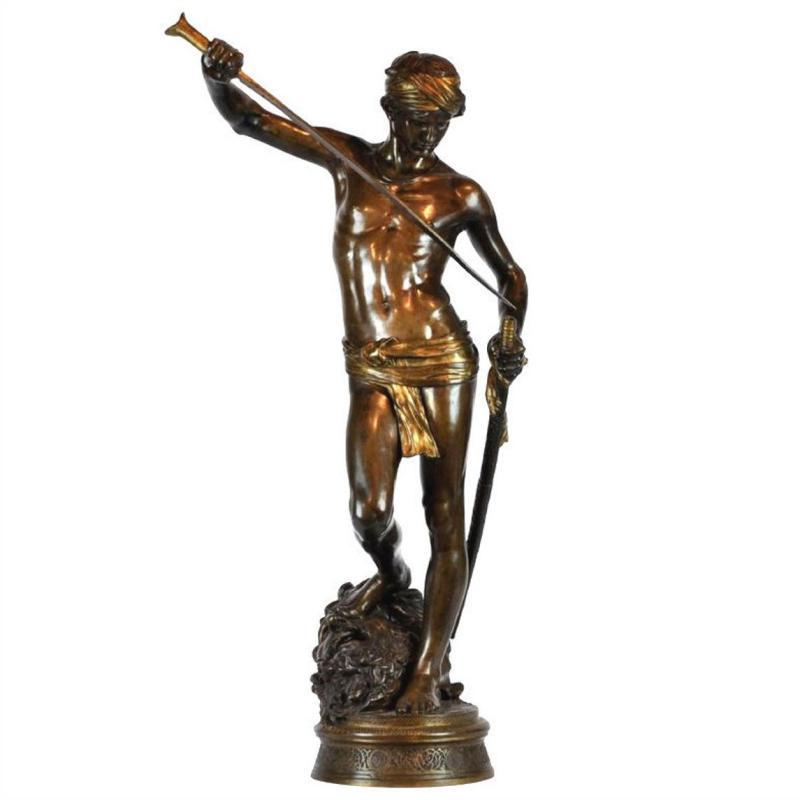 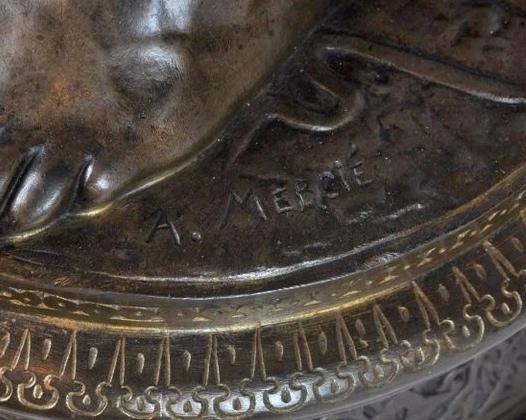 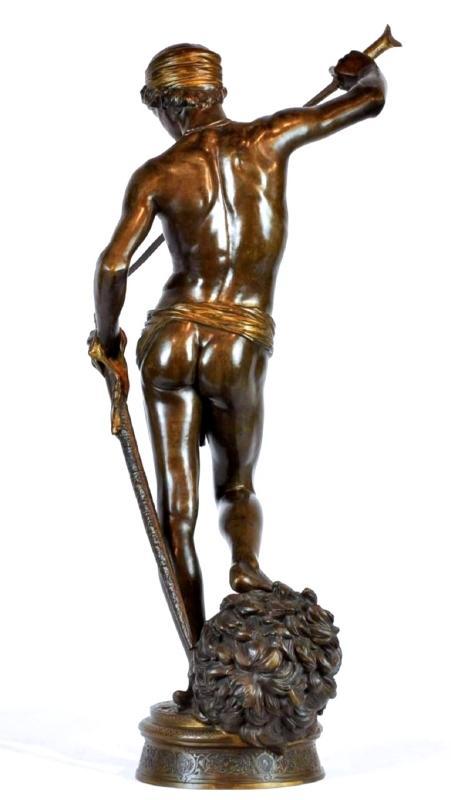 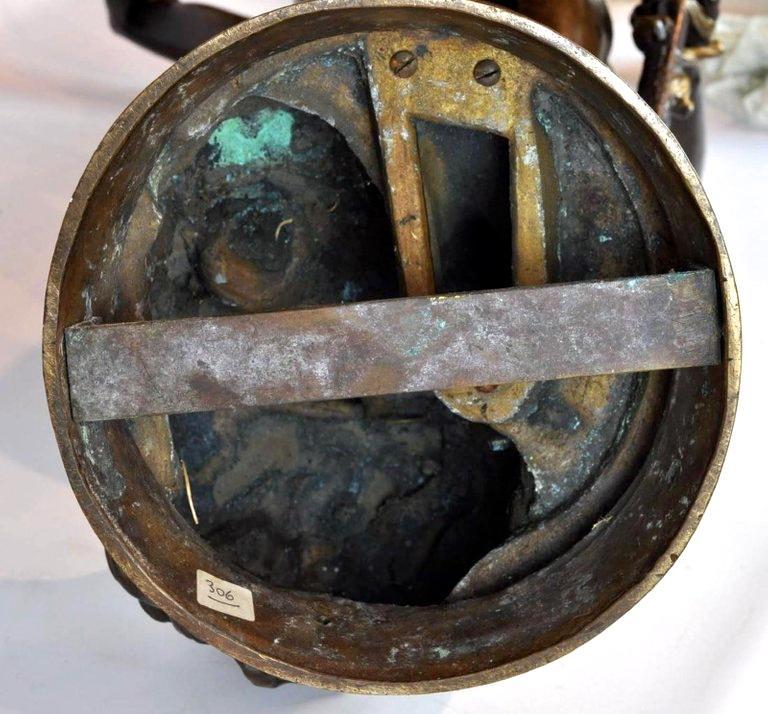 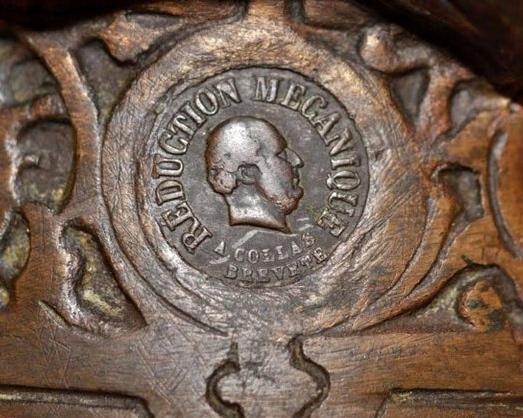 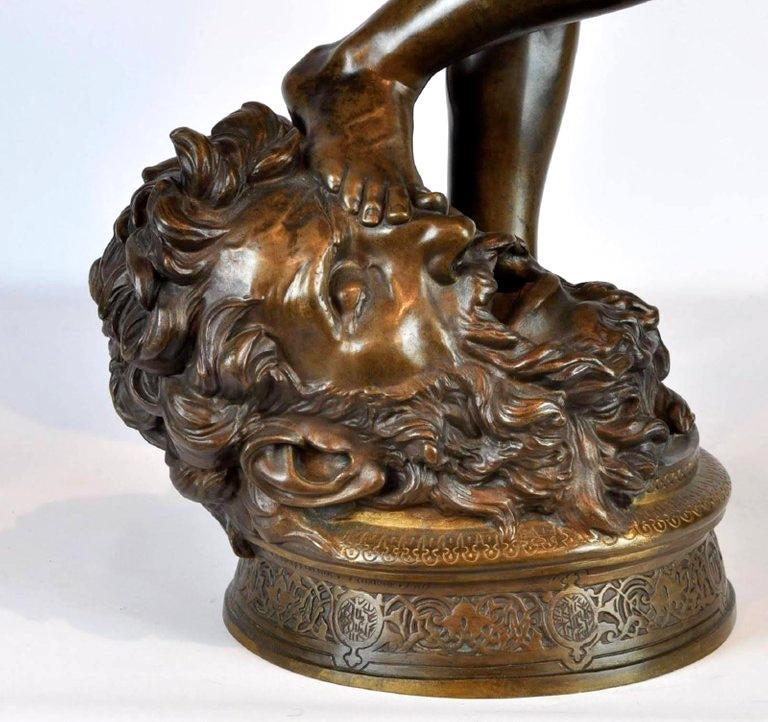 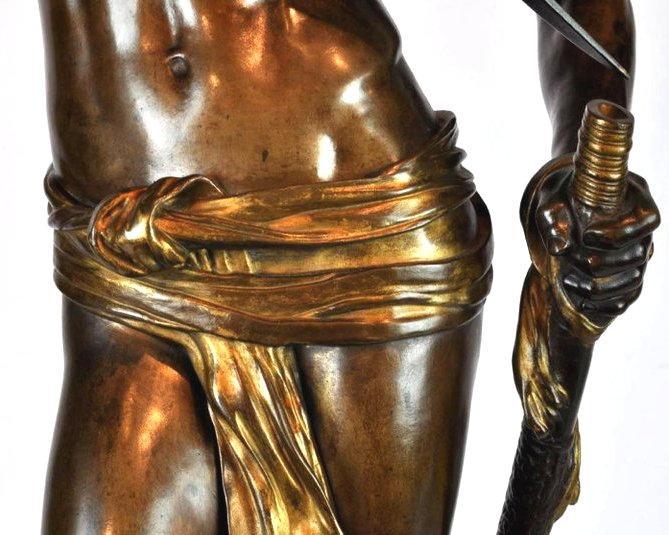 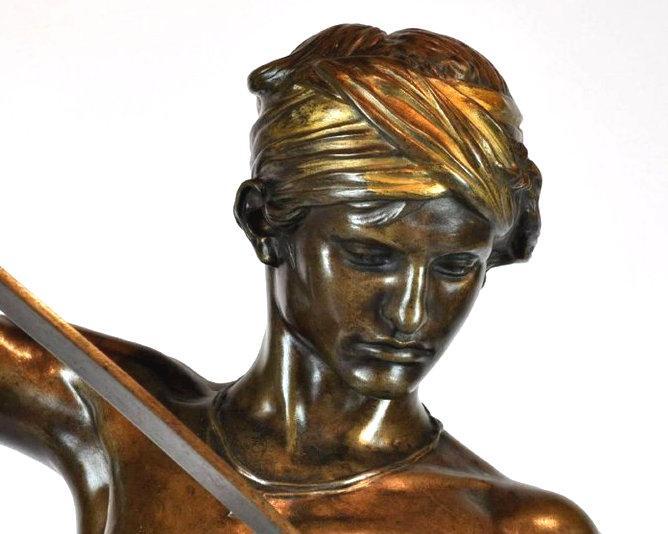 Entitled David ls Vainqueur (David the Conqueror), this popular work by Marius-Jean-Antonin Mercie (1845-1916) depicts the Bibilcal hero with the head of Goliath at his feet, like the sculpture by Renaissance master, Donatello (1386-1466), but clothed in turban and loincloth and sheathing his sword.  Cast by Barbedienne of Paris in relatively large size (36 x 14.5 x 10 in, 91 x 37 x 25 cm), it has a warm, brown patina with partially gilt surfaces including David's turban and loincloth.  Signed in the cast, A. Mercié with Barbedienne stamp RÉDUCTION MÉCANIQUE / A. COLLAS / BREVETÉ.  The original debuted in 1870 following the end of the Franco-Prussian war and resides in the collection of Musee d'Orsay.

Mercie was one of the most revered and successful sculptors of his period.  He studied at École des Beaux-Arts in Paris and received great acclaim as a young artist.  In 1868 at the age of 23 he won the Grand Prix de Rome.  In 1872 he achieved a gold medal in 1872 for David  and an honorary medal of the Salon des Moins de 30 Ans (artists younger than 30).  In 1874 his Gloria Victis, also cast in various sizes by Barbedienne, won the Medal of Honor.  In 1878 he won the Grand Prix at the Exposition Universelle.  He also had a long career as an officiel with the Institut des Beaux-Arts, as President of the Societé des Artistes Français, and as Grand Officier de la Légion d’Honneur.  His works reside in museums across France, Europe and North America, including the National Gallery of Art in Washington, the Courtauld Institute of Art in London, Musee des Augustin in Toulouse, and the Walters Art Museum in Baltimore, among others.