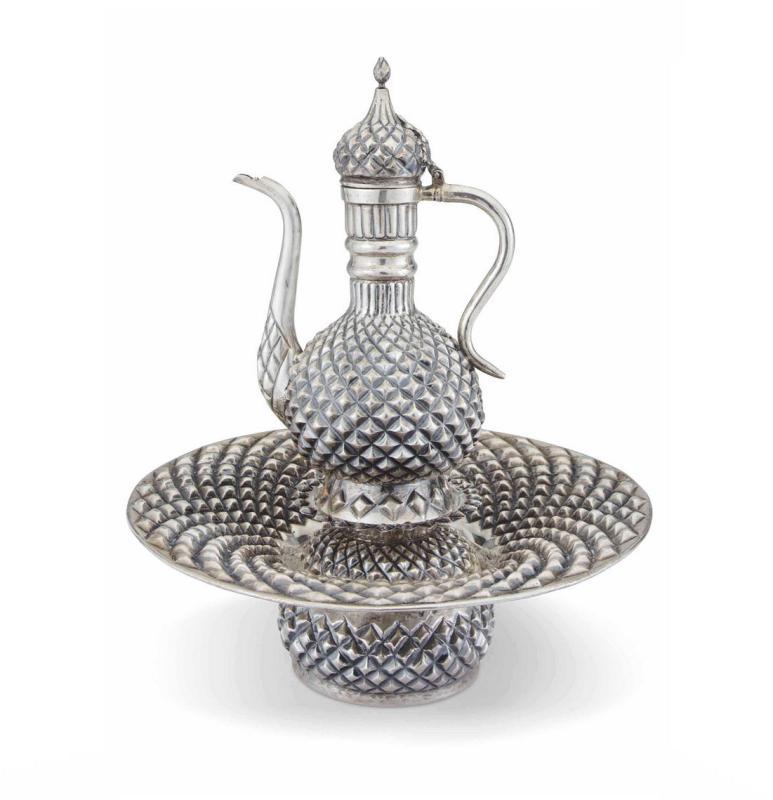 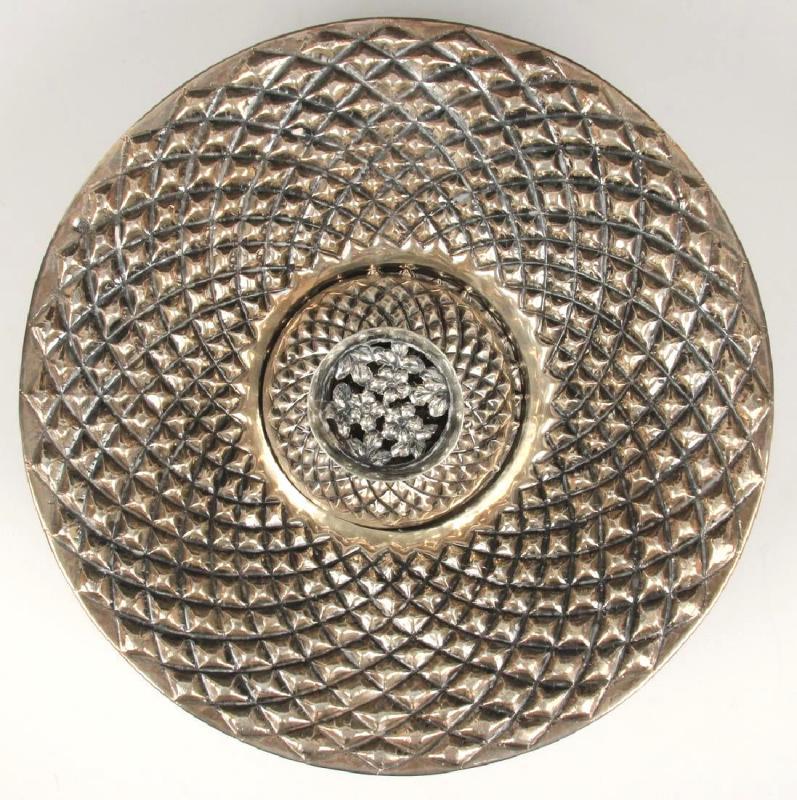 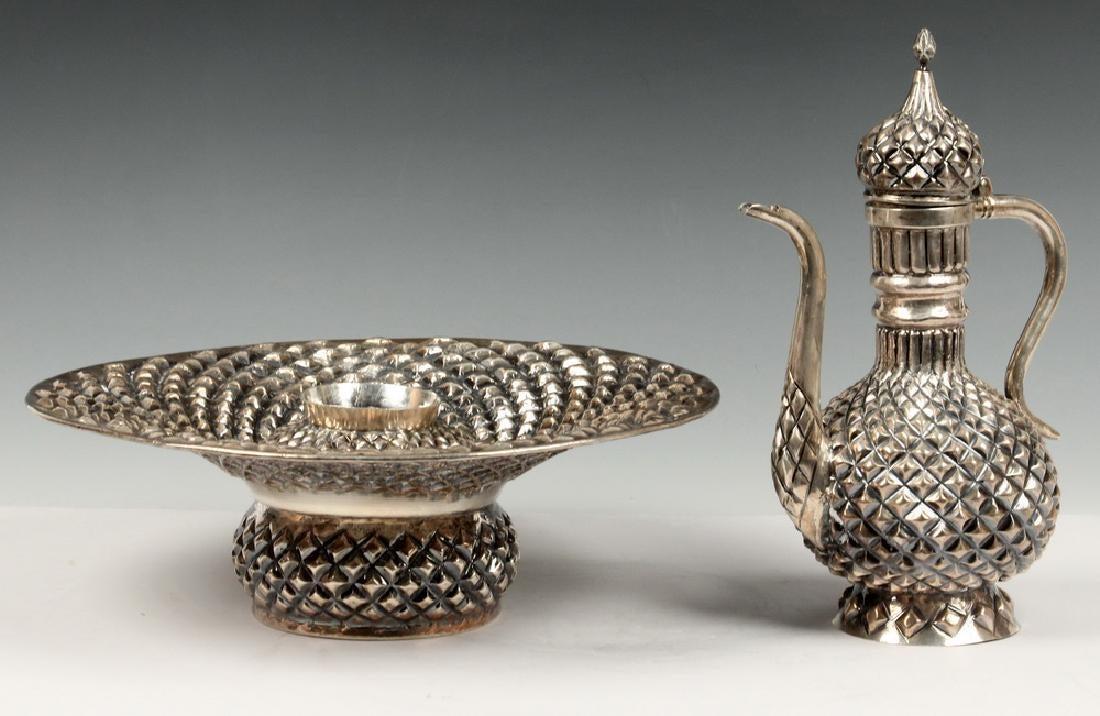 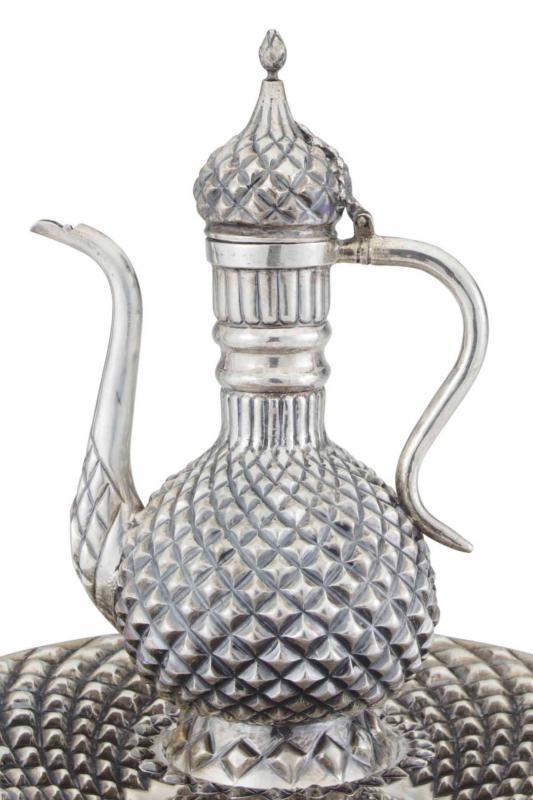 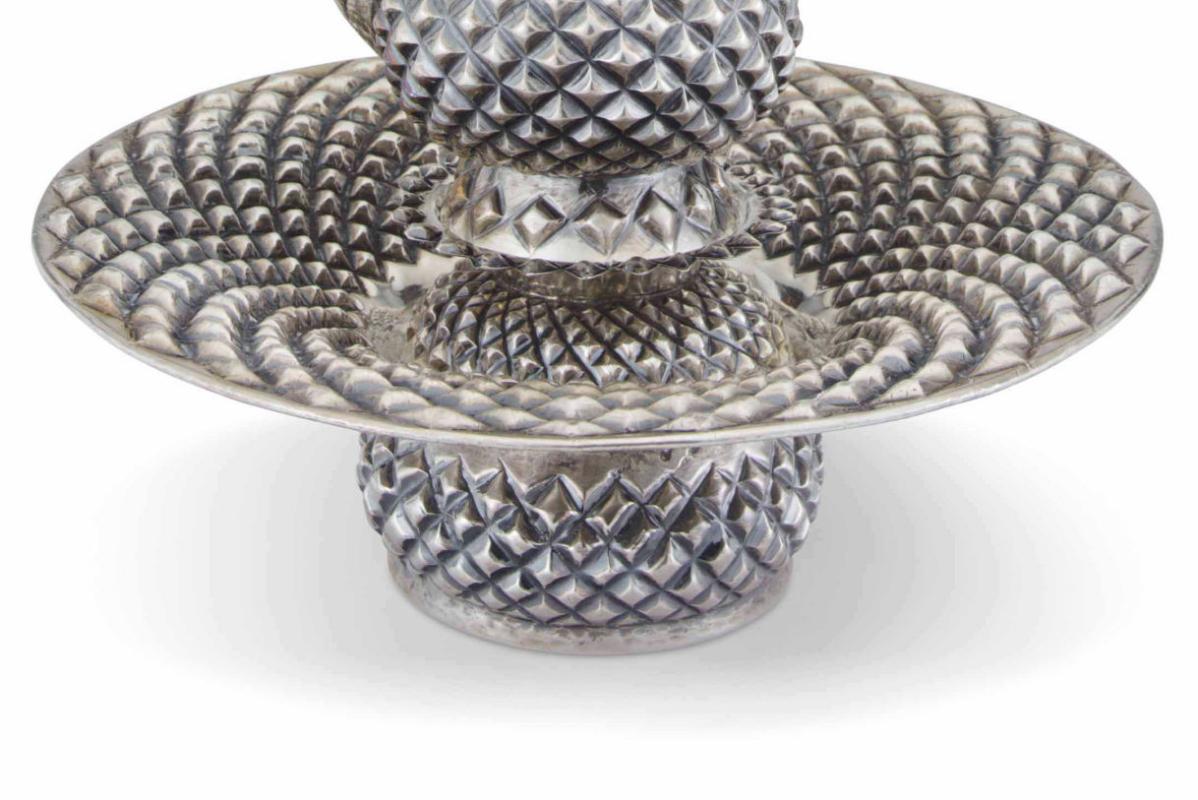 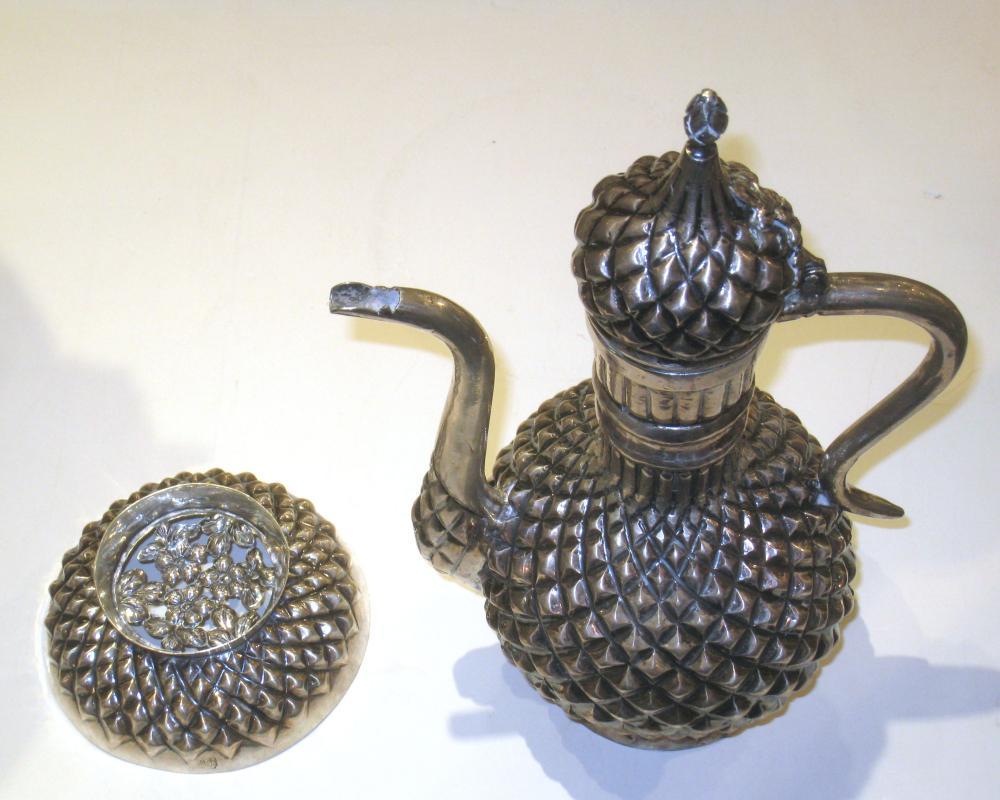 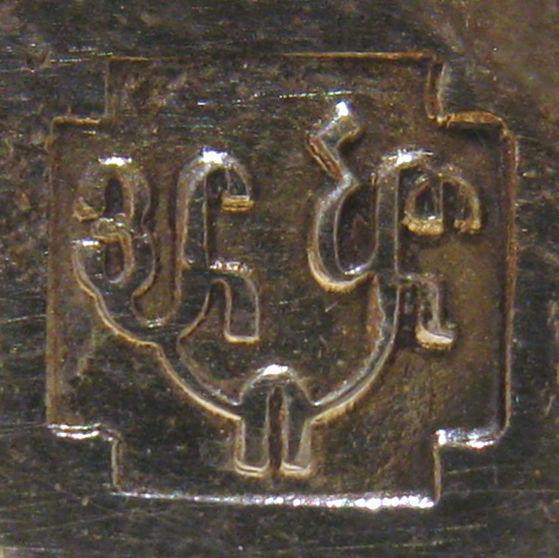 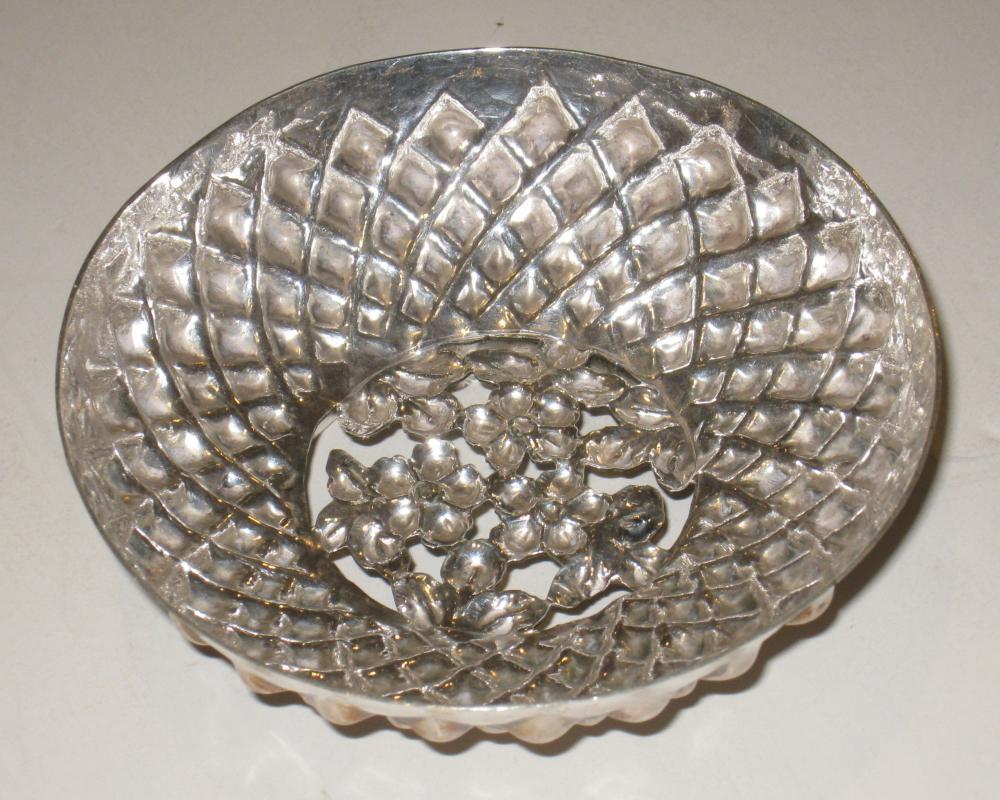 Our magnificent antique silver ewer (samit) with two-part filter and basin (konk) feature a diamond lattice pattern in repoussé technique throughout. Basin measures 14 inches across and ewer measures 12 in tall, and 16 in overall. 75.97 ozt tw, 2,363 grams. Maker's mark, apparently in Armenian, can be found on each object. We have not found an assay mark nor tughra mark. Likely from the village of Van in Eastern Anatolia, Turkey, an area known for its exceptional silversmiths. Provenance: Christie's.

Spouted ewers (sarnits) and bowls (konks) of this kind were used for washing the hands before, during and after Armenian mass (Carswell 1972, vol II, p.73).

A similar ewer to ours was included in Four Centuries of Ottoman Taste, an exhibition held at the Kyburg Gallery in London, April 6 - April 22, 1988, and featured in the exhibition catalog in plate 27, published by E. Grünberg and E.M. Torn. Another similar ewer and basin is in the Museum of Turkish and Islamic Arts in Istanbul, and shown in The Anatolian Civilisations III, exhibition catalogue, Istanbul, 1983, no.E.344, pp.304-05.