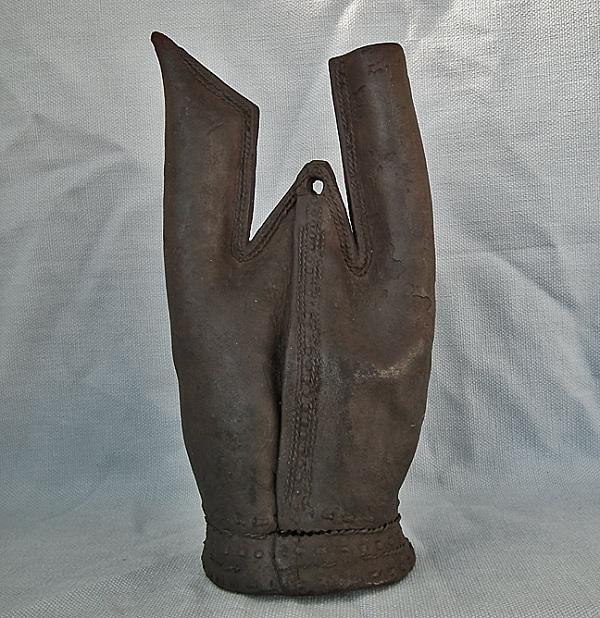 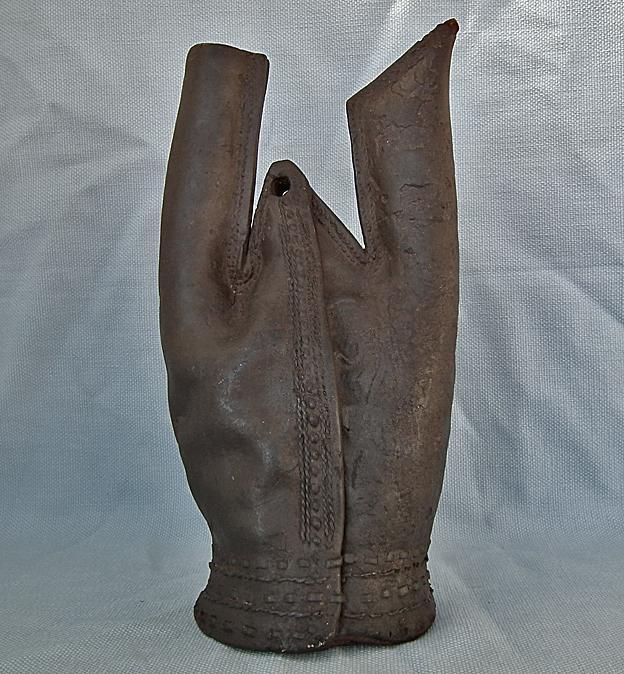 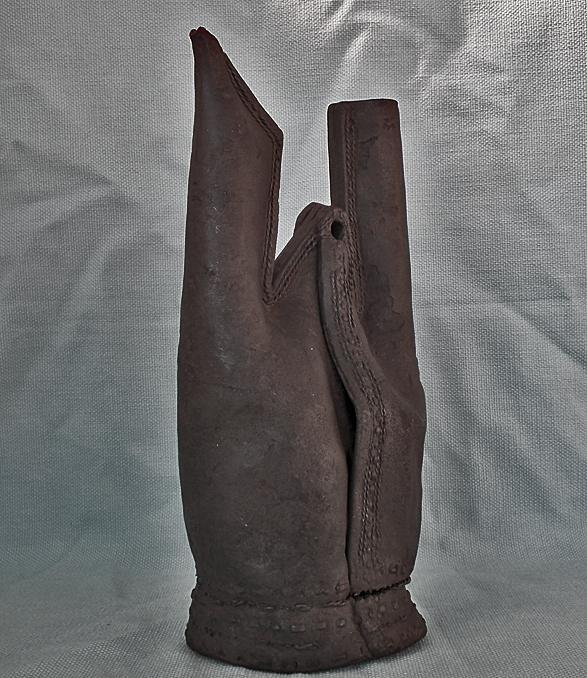 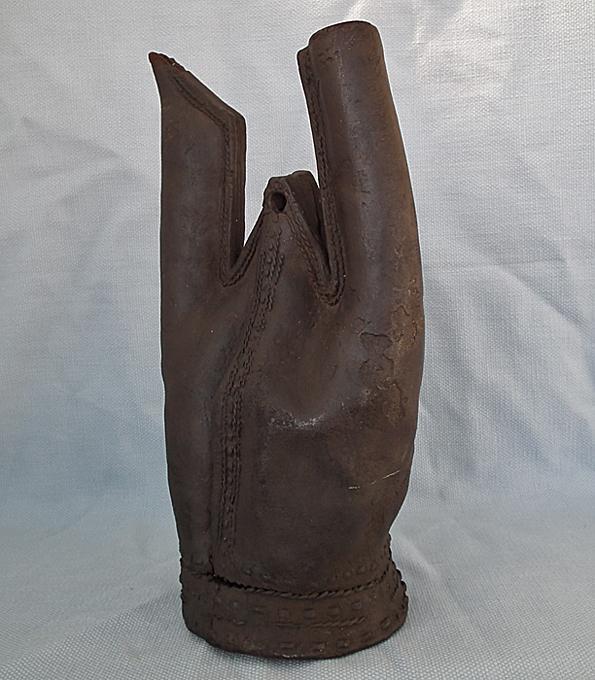 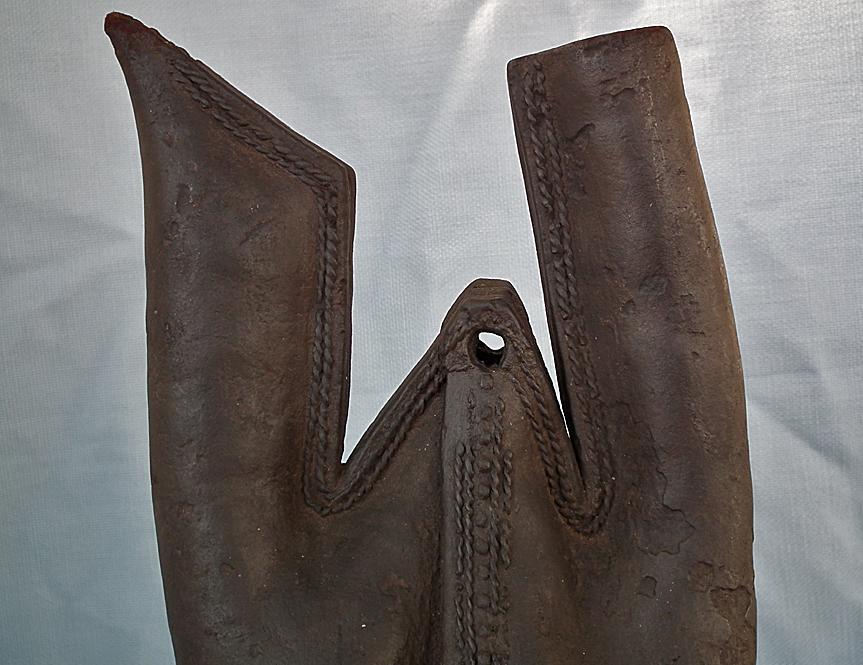 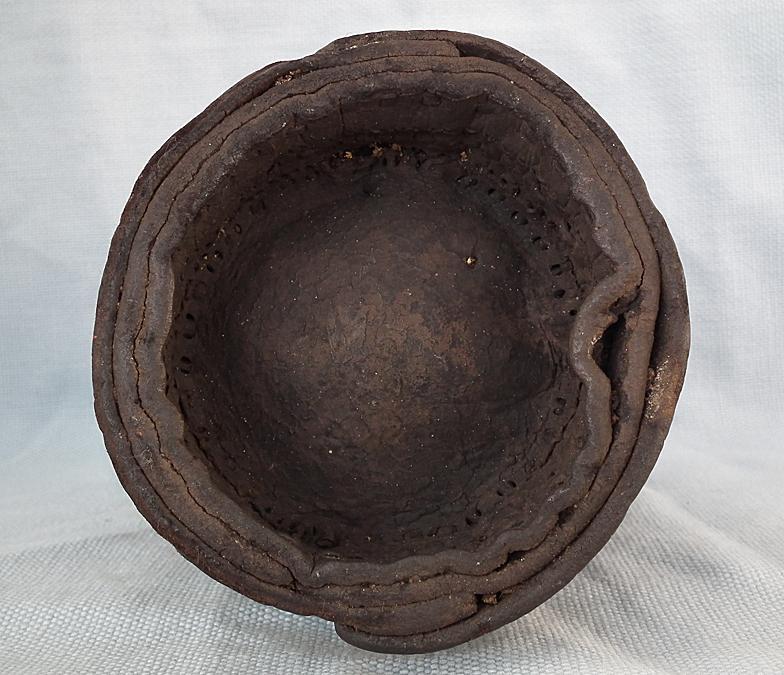 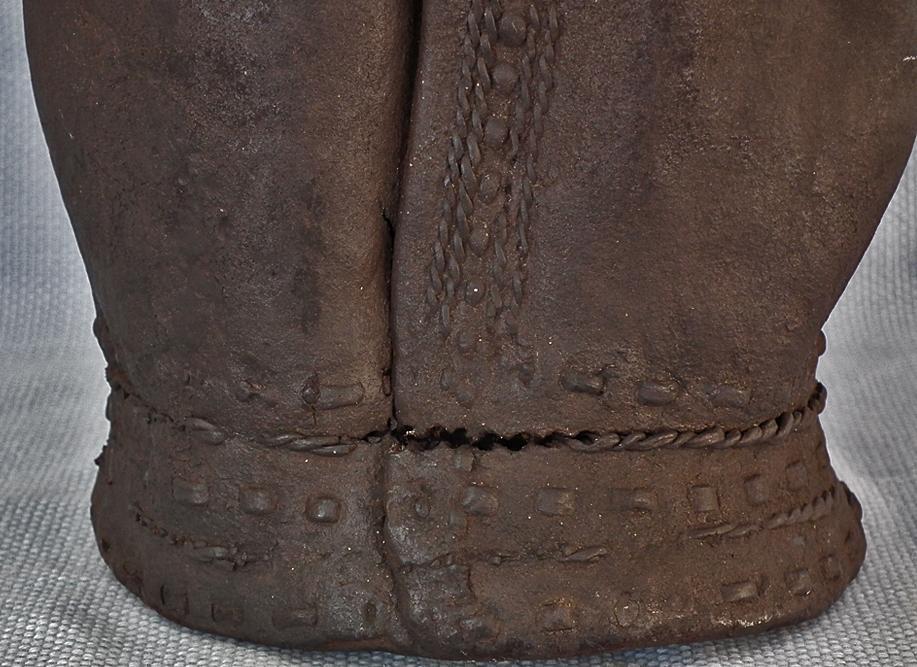 CONDITION: In its original condition, showing the age and usage, with a dark brown patina.

This water flask is the prototype for a shape which was copied in far more lavish and durable materials from the sixteenth century. A famous example in gemset rock crystal is in the Topkapi Palace Collection (Atil, E.: The Age of Sultan Süleyman the Magnificent, exhibition catalogue, Washington D.C., 1987, no.60, p.129. Two copies were also made in pottery at Iznik. One is published by Atasoy and Raby (Atasoy, N and Raby, J.: Iznik -- the Pottery of Ottoman Turkey, London, 1989, no.634, while the other, painted in the 'Damascus' palette, is in a private collection. For a metal prototype in the Sadberk Hanim Museum, see, Bodur, Fulya, The Art of Turkish Metalworking, Istanbul, 1987, p.112, pl.A.55.