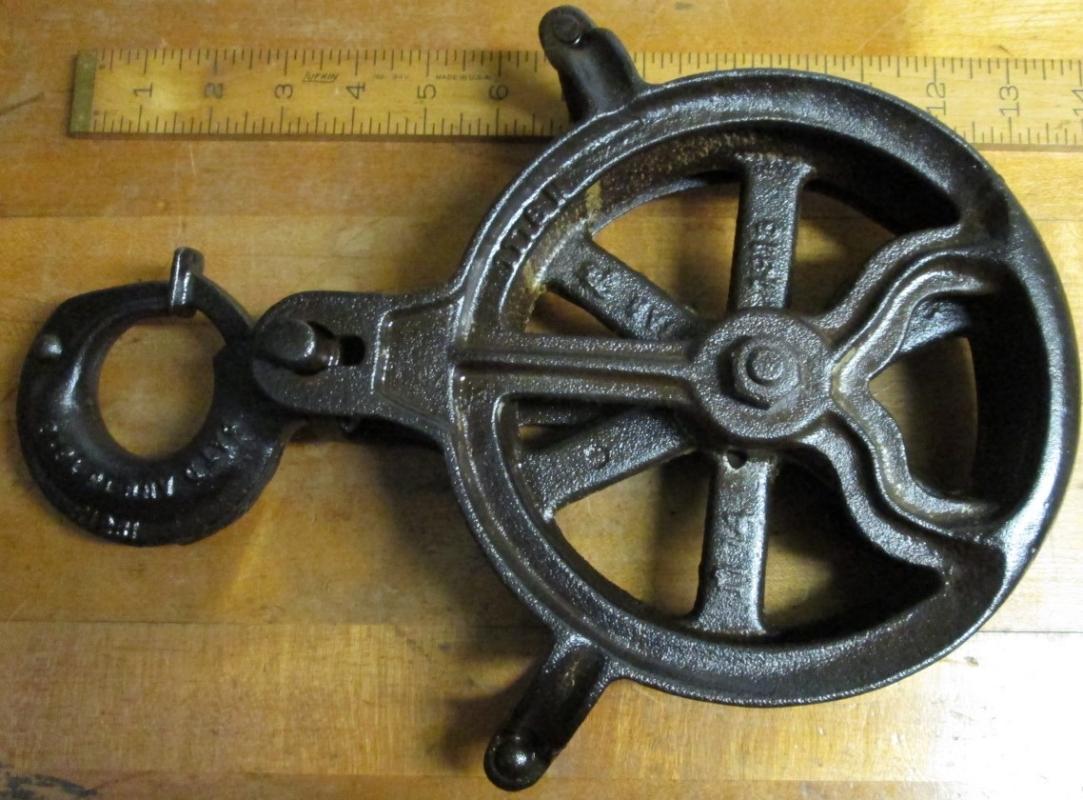 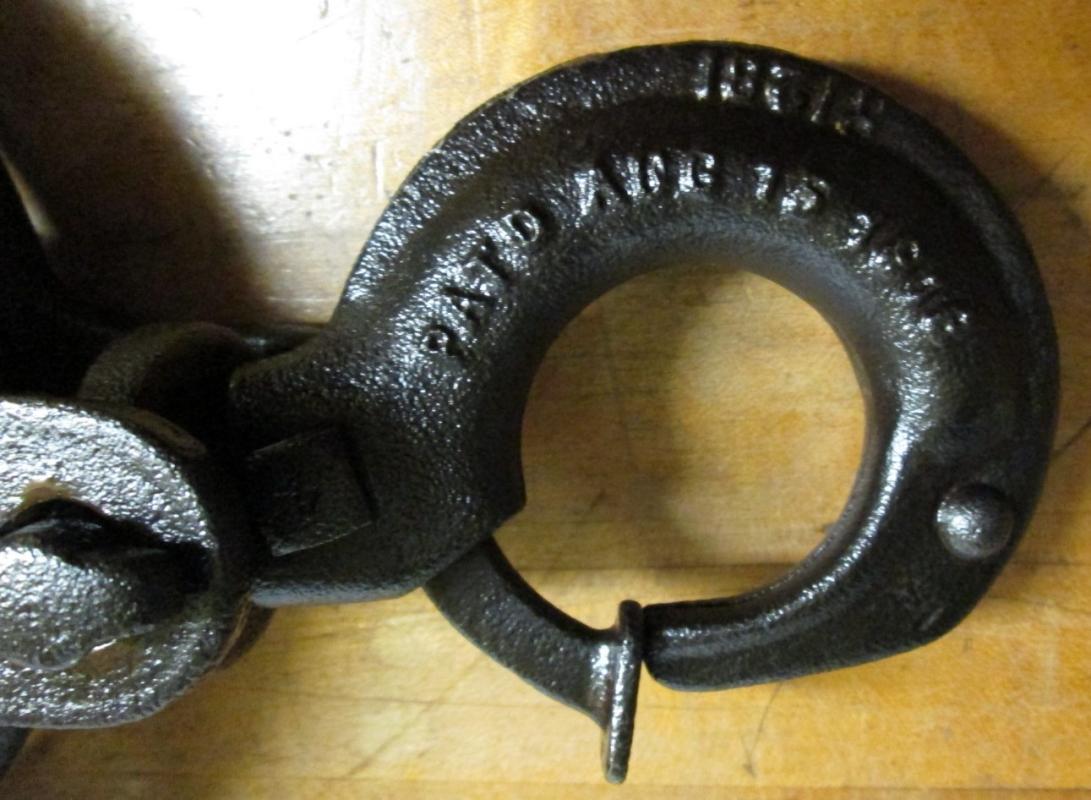 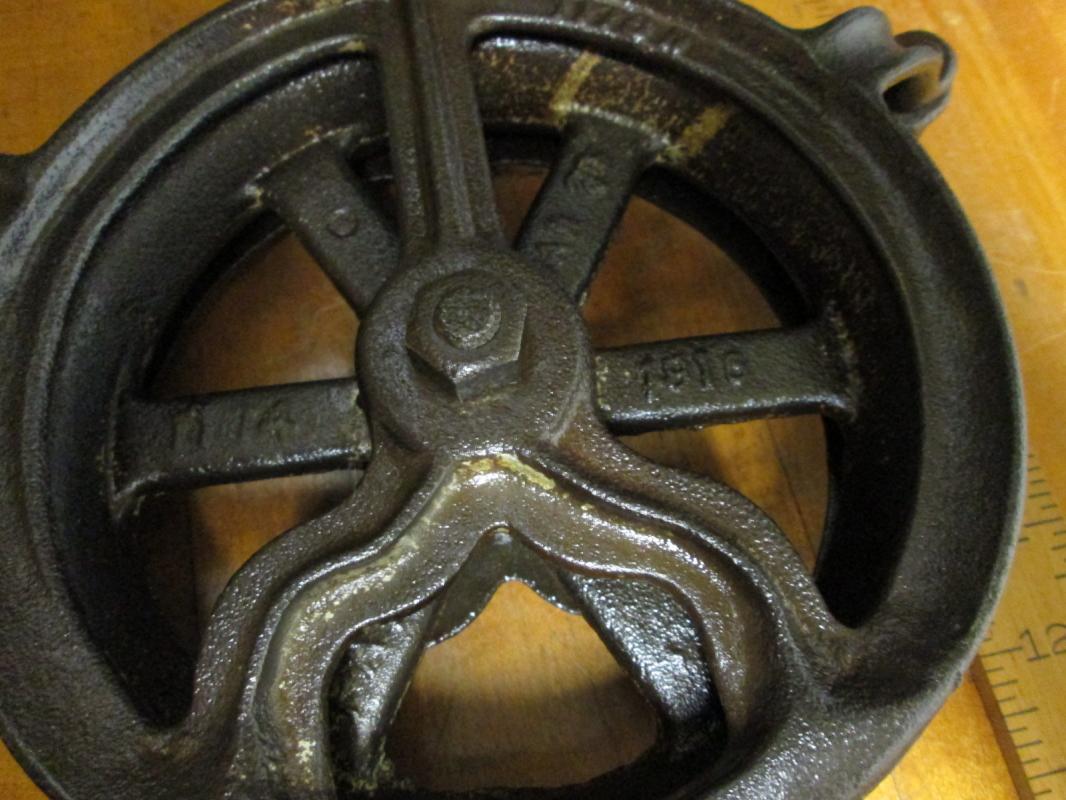 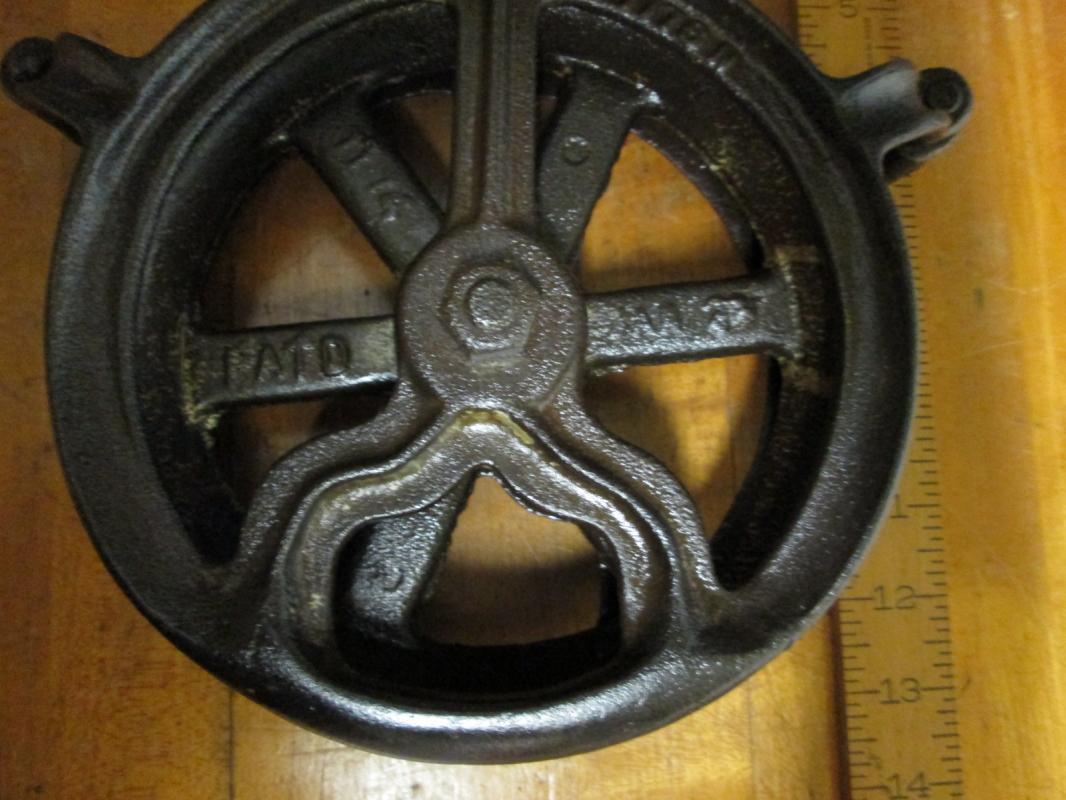 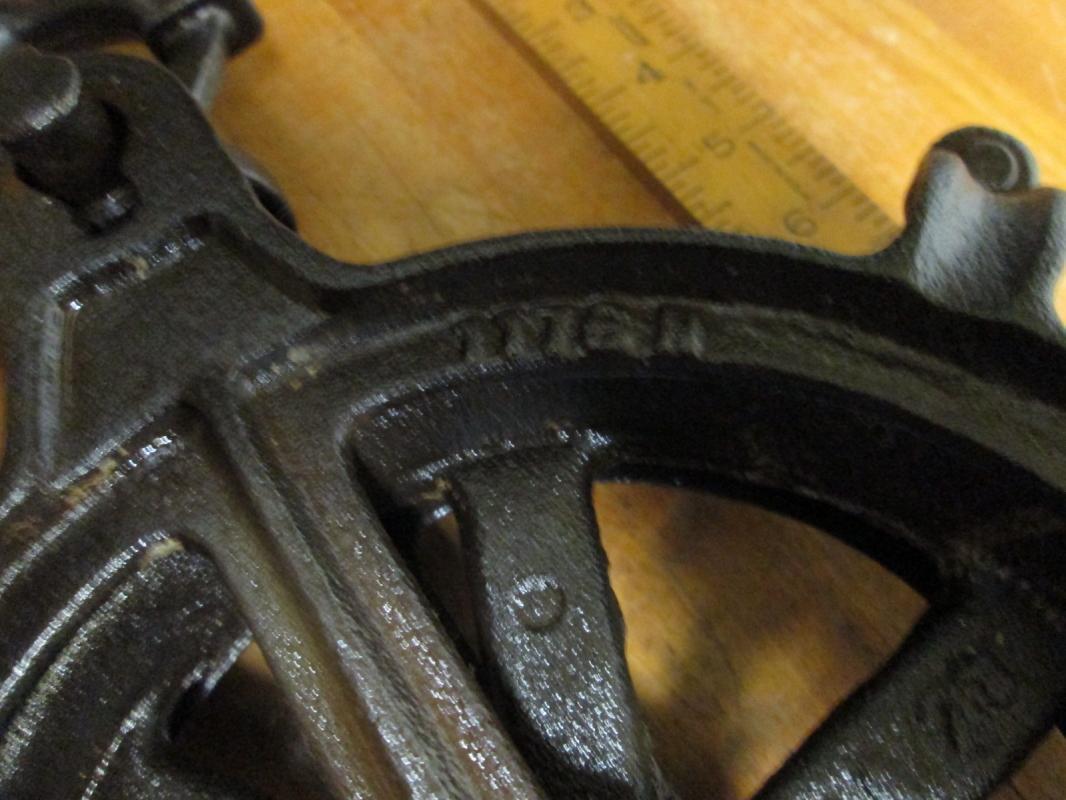 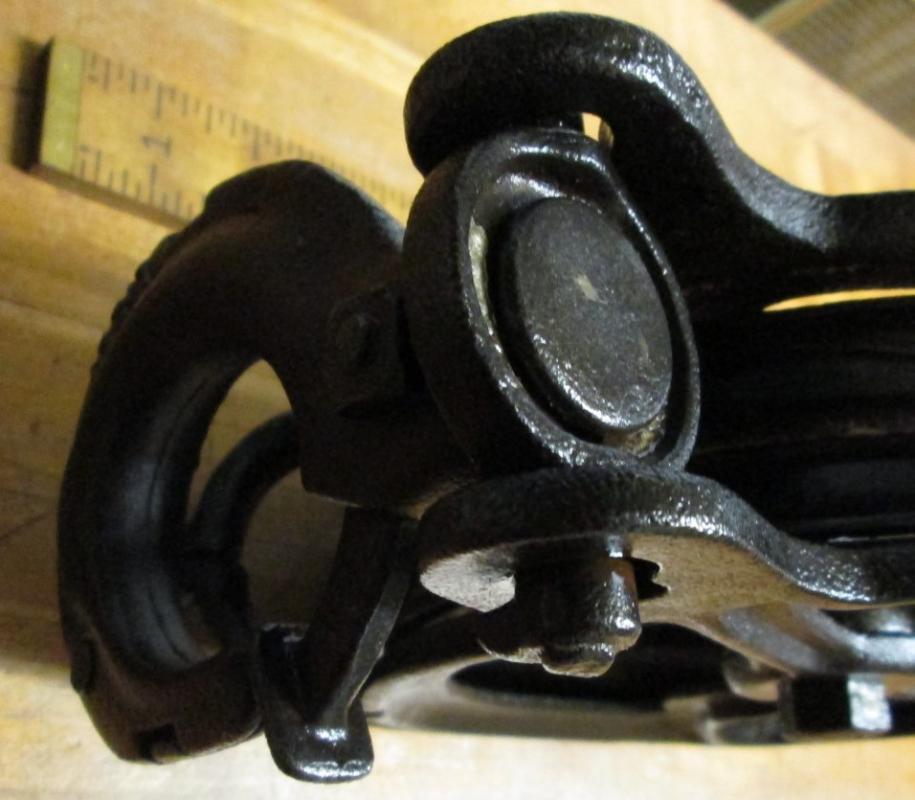 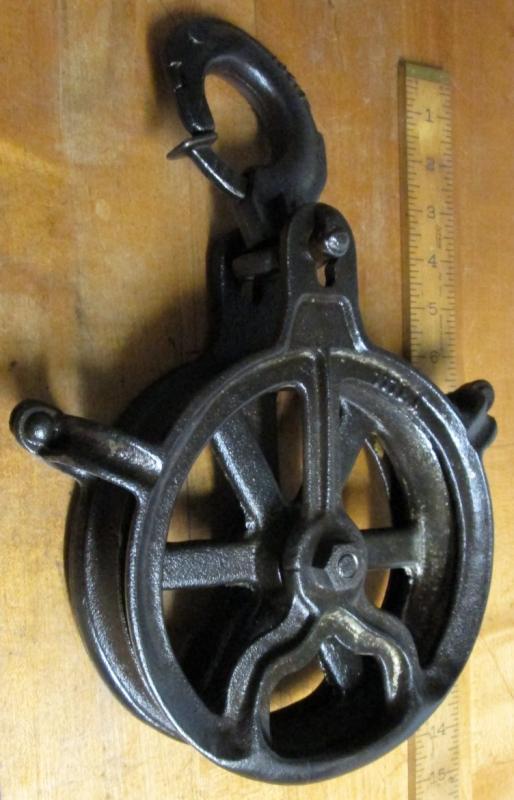 This is a very nice, larger size, clean single rope pulley marked with three patent dates, one on the rare spring safety closure on the double action swivel hook, that Patent date is in raise letters "PAT'D AUG 15 191?" (either 1918 or 1919).  Another one is on the inner cast iron spoke of the pulley wheel "PAT'D JAN. 23 1916".  There is also a number on the main frame near the patent mark "1176N".  Not sure of the manufacturer, but the safety latch on the double swival hook is rather rare in this 1910's era?  Plenty of thought went into the design and eventual patent.  This one has a nice spoke wheel and sort of cast cut-out design.  Originally produced in the 1910's to 30's era.  The all metal design of mostly cast iron made this design very strong and durable.  The rope carrier is 7" wheel that has a steel bushing, with a steel nut and bolt at the center which is conciderably more precision than most I have seen over the years.  Very smooth operation.  The cast iron pulley wheel is in good useable condition with smooth movement a little wear, no damage.  At the top of the assembly is the double action swivel which has a steel nut and bolt to hold it in place.  Works great.  From the top of the swivel link to the bottom of the pulley is 12.5".  There is no rust evident on the steel, only minor amount of silver paint intact.  The surface has been treated with vegetable oil to prevent rust, (can be easily washed off if you wish to paint).  Overall a nicely formed barn/farm use type rope pulley!