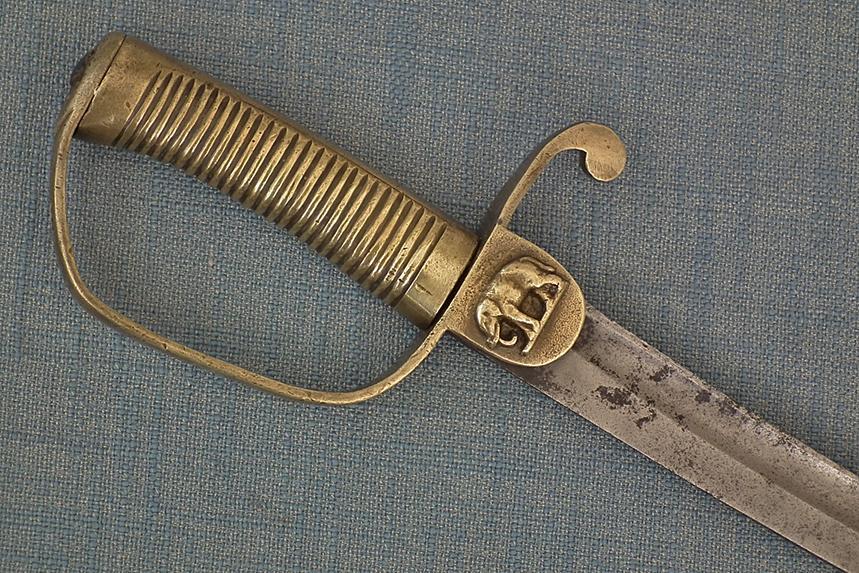 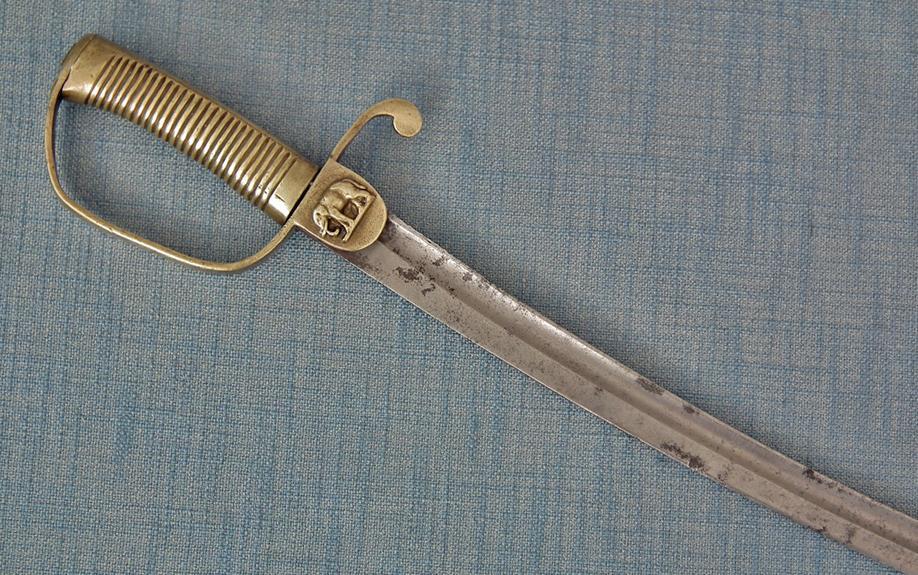 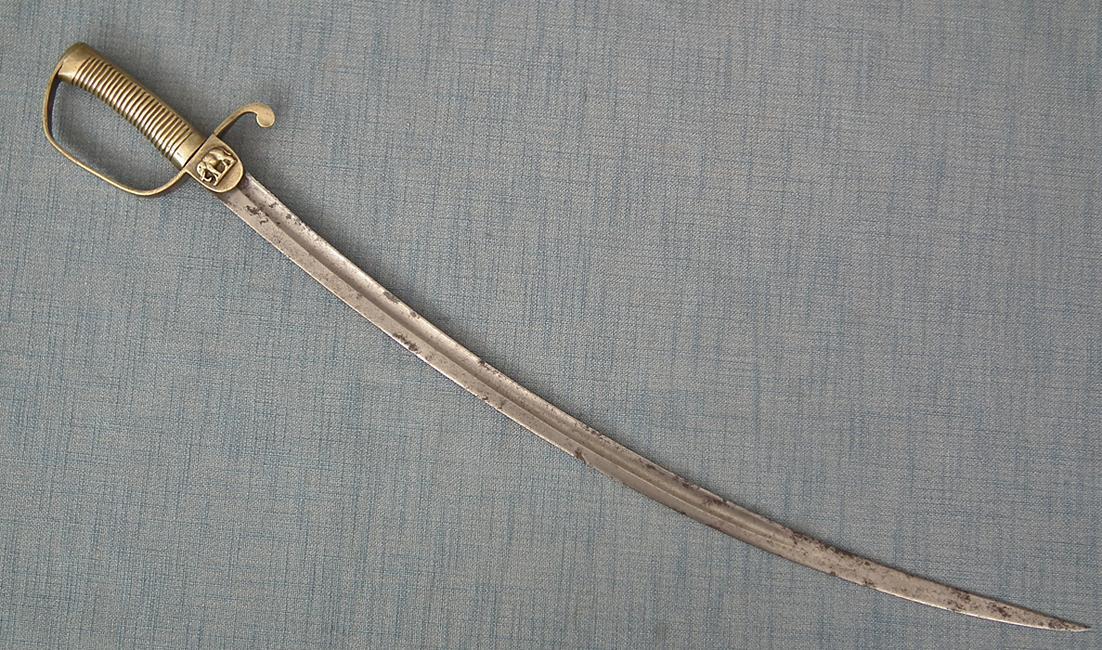 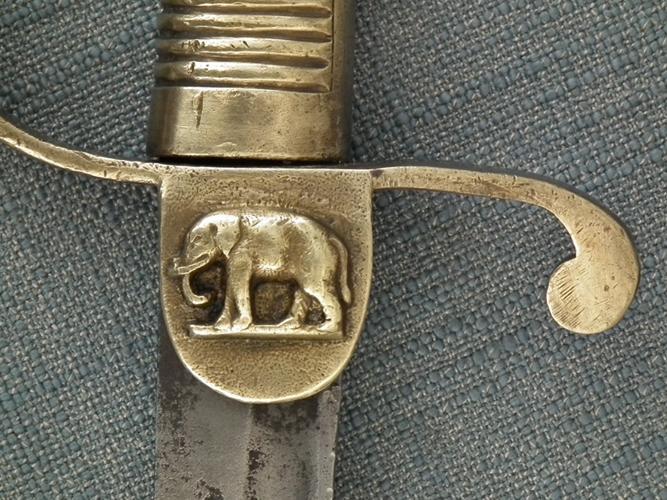 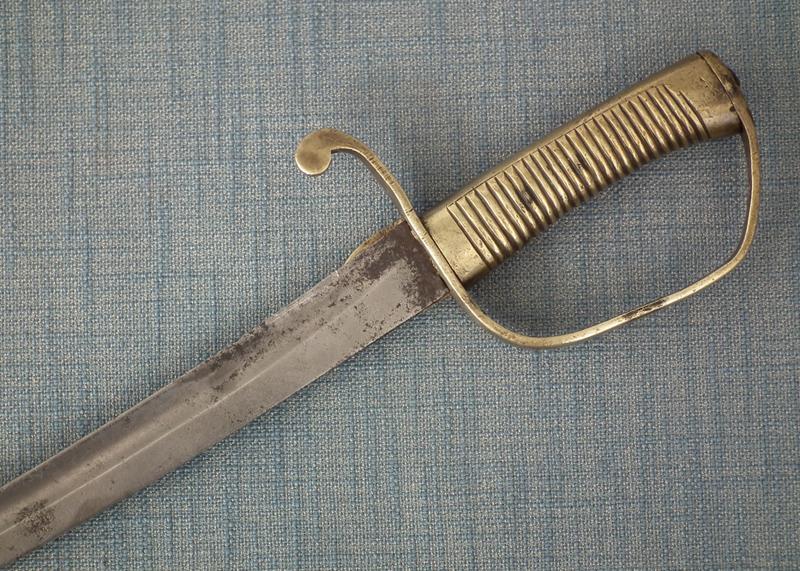 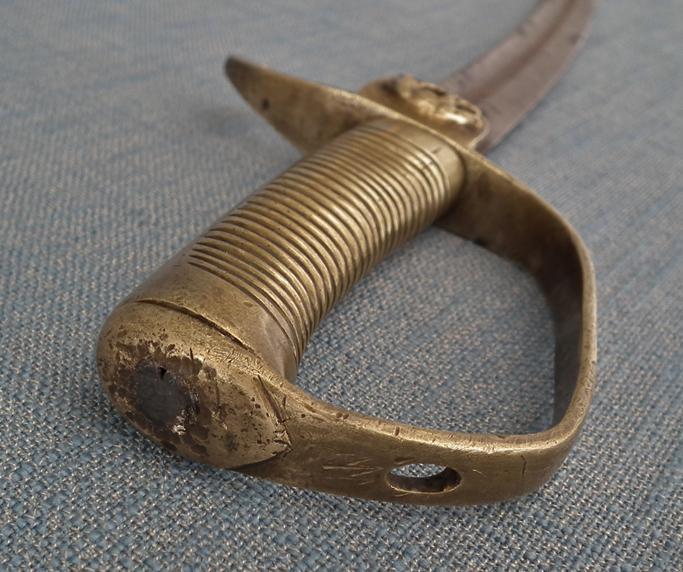 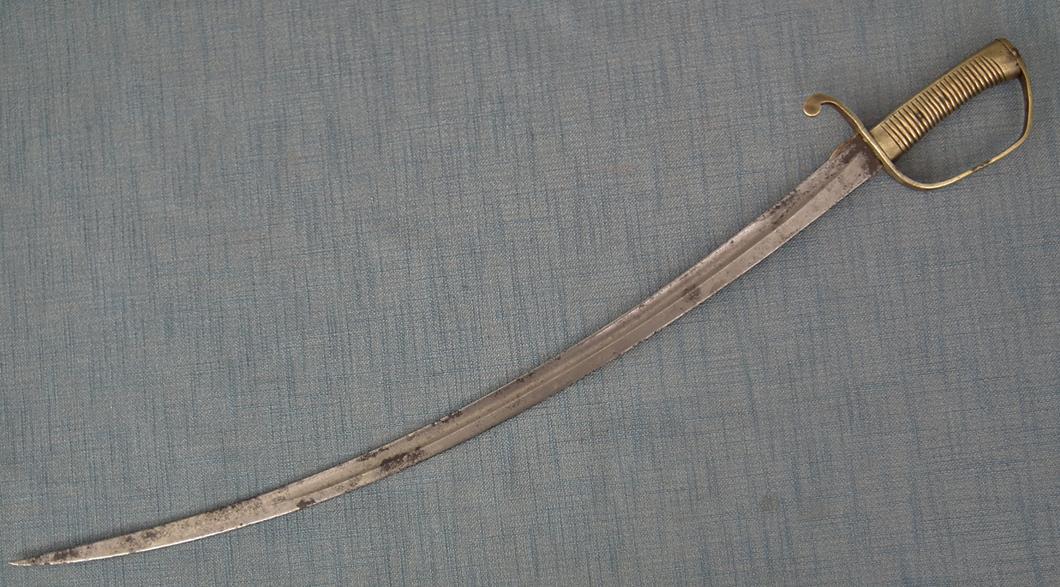 Details: The brass stirrup hilt is comprised of ribbed grip with a plain back-strap of a solid “D” shaped knuckle guard, pierced with a slit for the tassel. The single langet is in the form of a shield adorned with an early form of a Siamese coat of arms depicting an elephant standing on the platform. The rear quillon is downbent, mounted with a European form curved single–edged steel blade cut on each face with fuller.

In the 19th century the symbol of elephant came to be associated with the Kalahom or Department of Defense which controlled the south of Siam in both civil and military affairs. The Kalahom was the predecessor of the present Ministry of Defense and was founded in the Rattanakosin period.

CONDITION: The sword is in good condition considering its age, showing age and usage. The steel blade is slightly pitted.