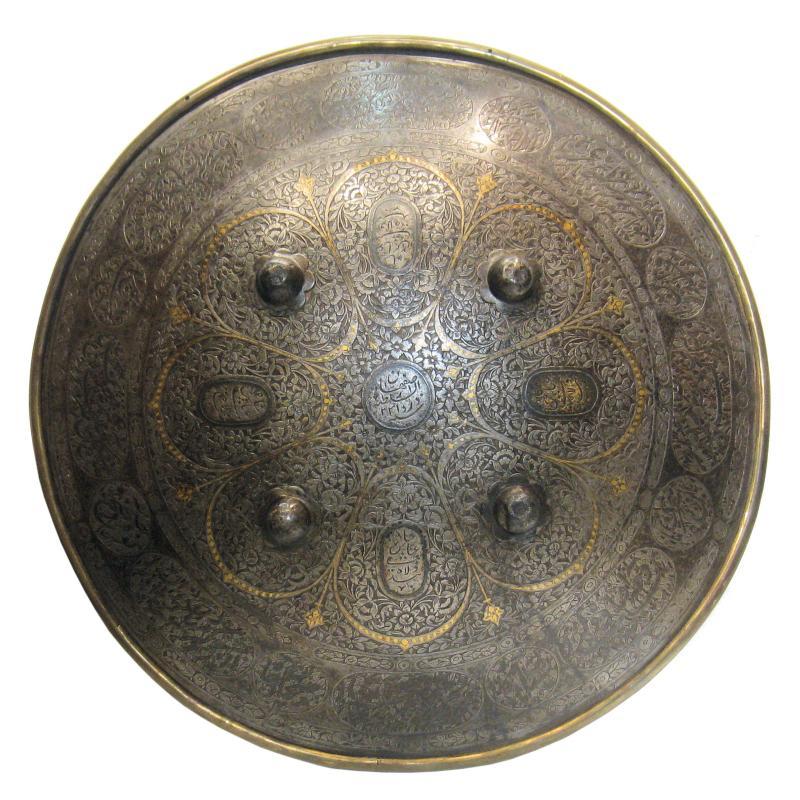 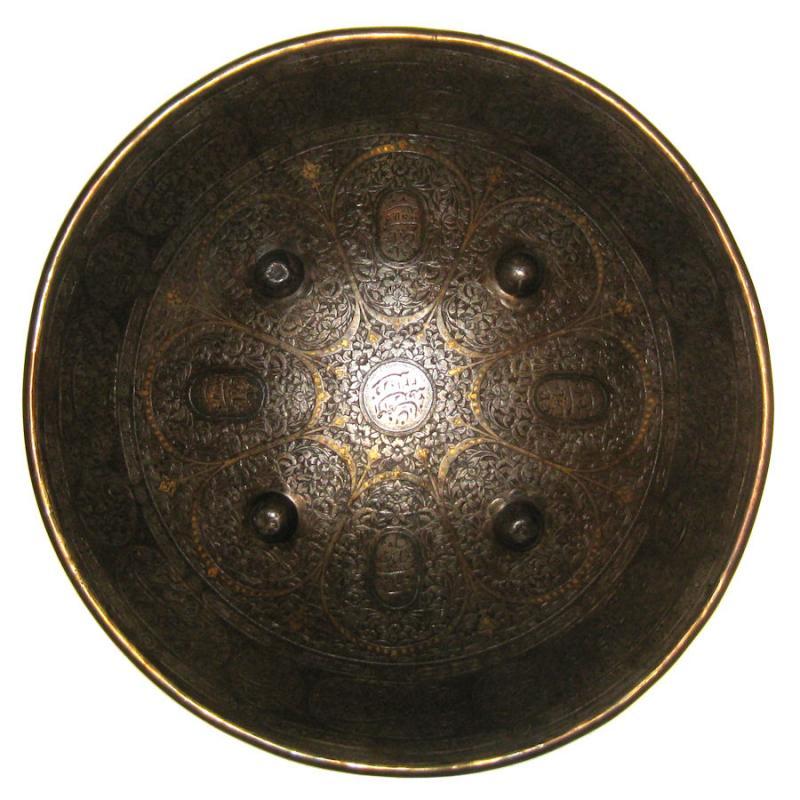 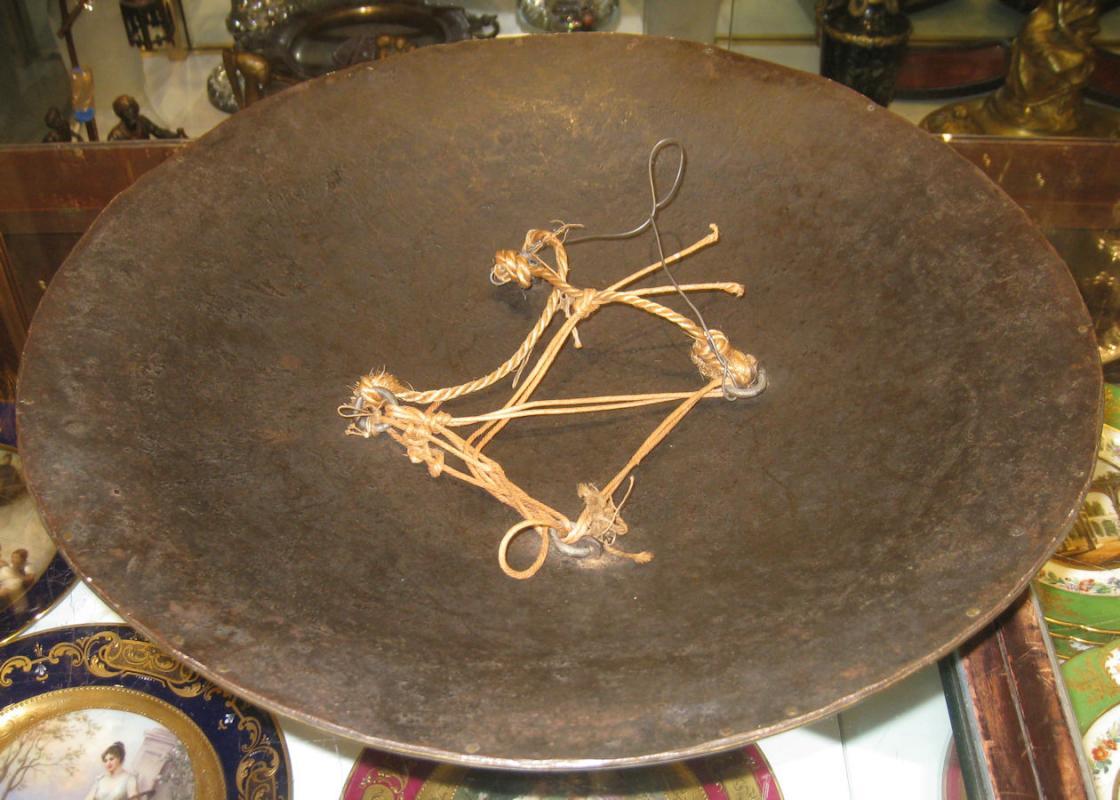 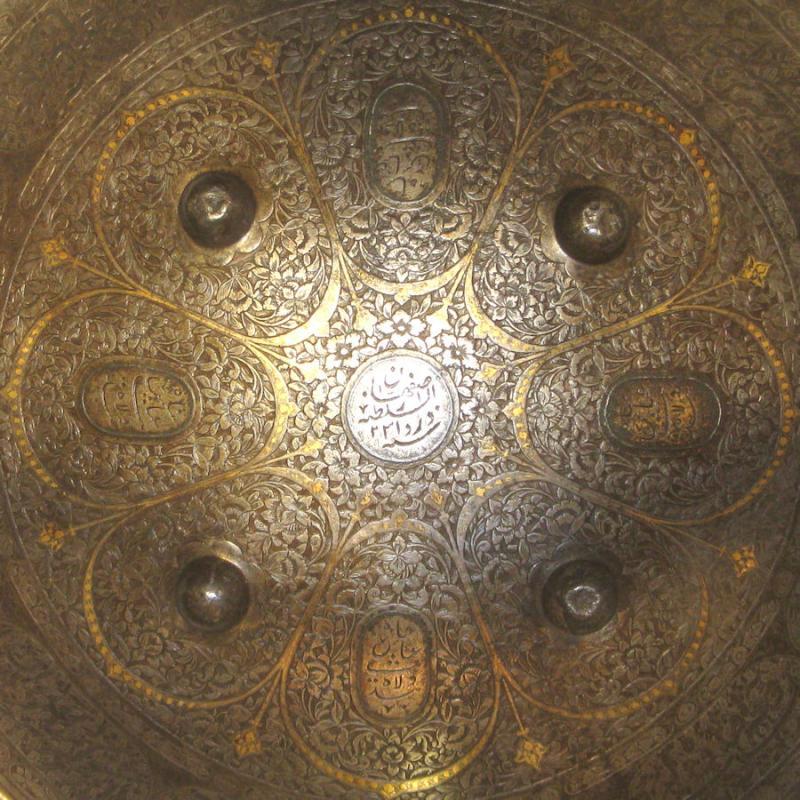 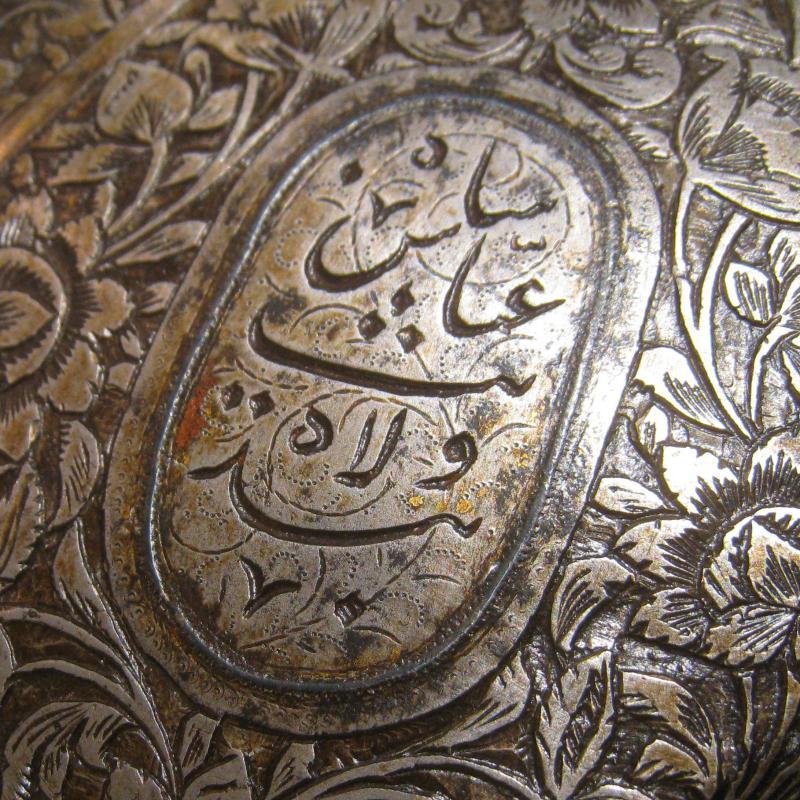 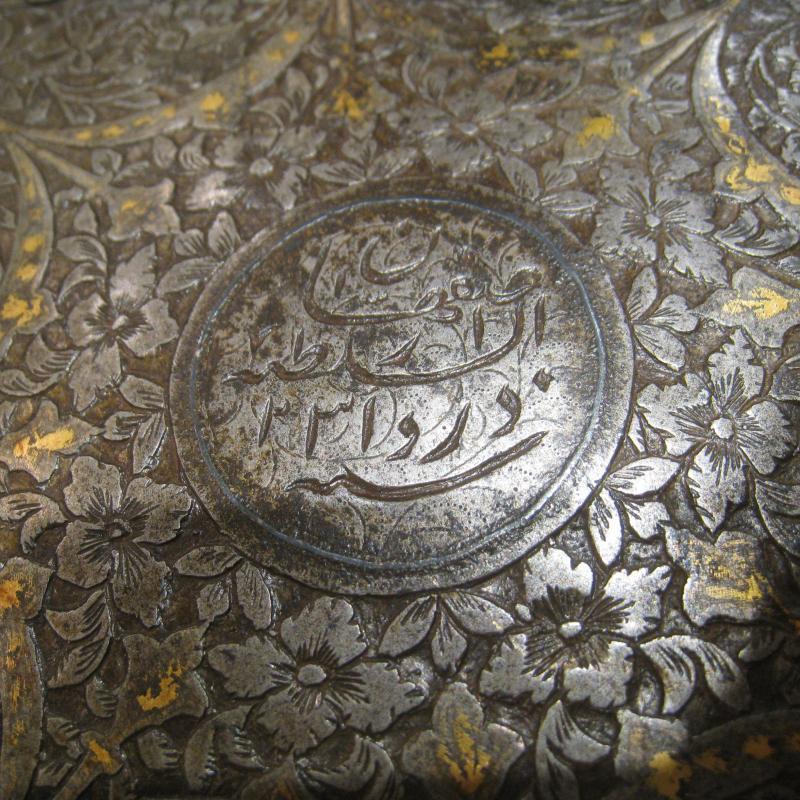 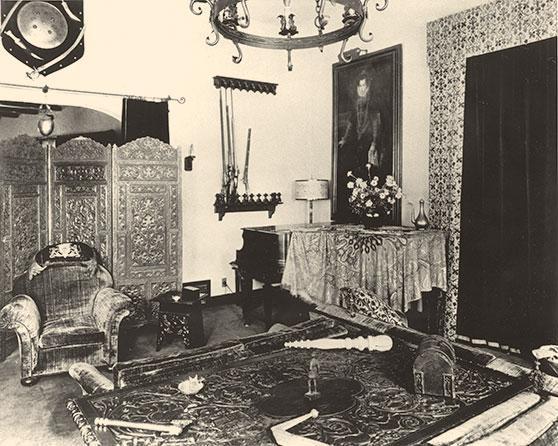 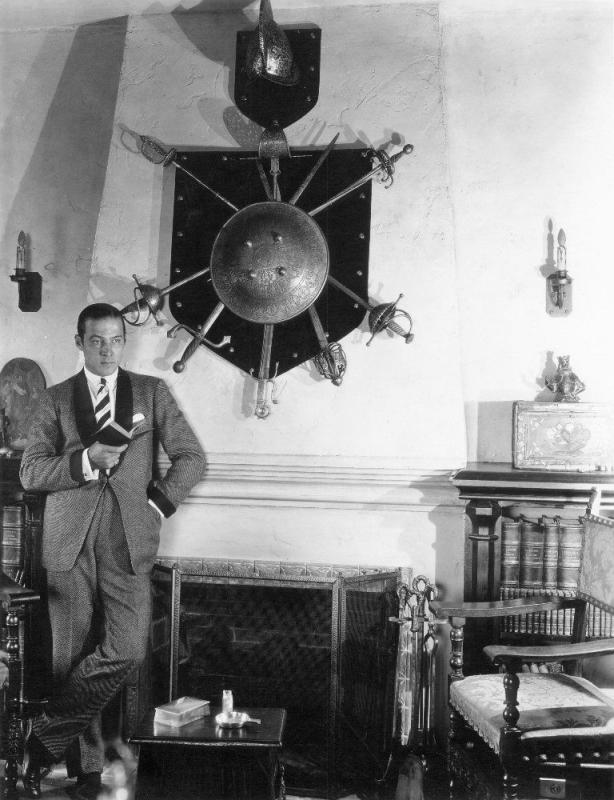 This antique Persian shield from the state of Rudolph Valentino (1895-1926) measures 19 in (48.2 cm) in diameter and features eight cartouches with gold damascene decorations, four of which are inscribed plus an inscribed cartouche in center that declares in Persian "Before the Last One (Land of Shah Abbas)...Monarchy in Isfahan Year 1231", a reference to Abbas the Great (1571-1629), the fifth Saffavid Shah (king) of Persia.  In addition there are 16 decorative cartouches along the perimeter featuring poetic verses.  Provenance:  Estate of the actor, Rudolph Valentino (1895-1926); estate of R. Miller Hicks, President and CEO, R. Miller Hicks & Company.

The first of the images showing the interior of Valenino's estate, Falcon Lair, shows the shield display high on a wall, surrounded by Persian sabors.  The second photograph shows the actor posing in front of another display of arms, including another sipar.

This was apparently either sold at the first estate auction held on December 10, 1926 at The Hall of Art Studios in Hollywood.  The Administrator for this sale was said in the catalogue to be S. George Ullman, and the Auctioneer was A.H. Weil.

In 1945 additional Valentino belongings were sold at auction by Falcon Lair owner, Juan Romero, who owned the property from the 1930s to 1950.

Based in Austin, Texas, Hicks was appointed Chairman of President's Advisory Committee on Small and Minority Business Ownership by President Reagan, and named National Chairman of the Independent Business Coalition by President G.W. Bush.  He was also a member of the Regional Export Expansion Council of the U.S. Department of Commerce, and contributor to the non-profit independent American Center of Political Monitoring.