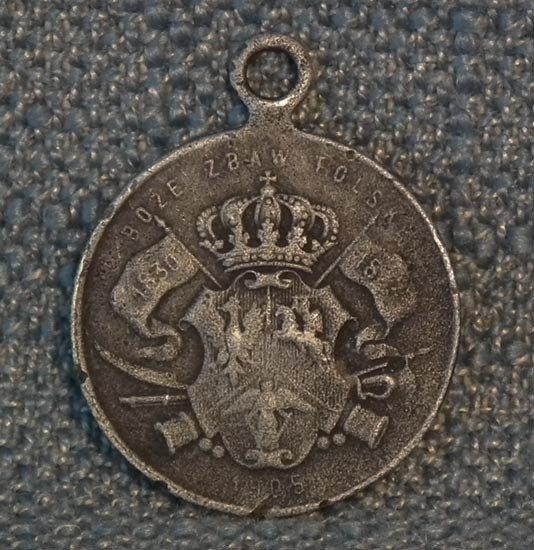 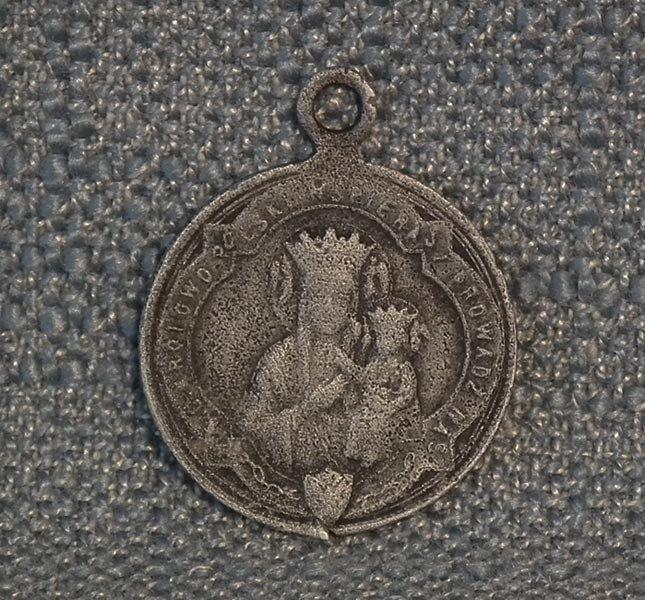 On the avers is the image of Our Lady of Czestochowa with the inscription around "M.B.C KROLOWO POLSKI WSPIERAJ I PROWADZ NAS" (Queen of Poland support and lead us) below a small shield with Polish Eagle flanked by chains.

The Revers has the January Uprising's coat of arms of the proposed Polish-Lithuanian-Ruthenian Commonwealth.

Crowned heraldic three-fields shield show the Polish Eagle (Poland), Pahonia-Vytis (Grand Duchy of Lithuania), and the Archangel Michael (Duchy of Ruthenia). Behind the shield’s panoply of arms and banners, are dates of 1830 and 1863 uprisings, below the date 1905.All surmounted by the motto, “Boze Zbaw Polske”, (God save Poland)

The emblem was designed and used by the Polish National Government in 1863 - 64, as a reminder that the Royal Polish Republic was a community of three nations, both in the glory and in the misery of the state.

DIAMETER: 23 mm (not including suspension loop)

CONDITION: Signs of usage and wear, some nicks on the rim.

Please notice that the pictures in the listing are a part of the description of the condition of the object.