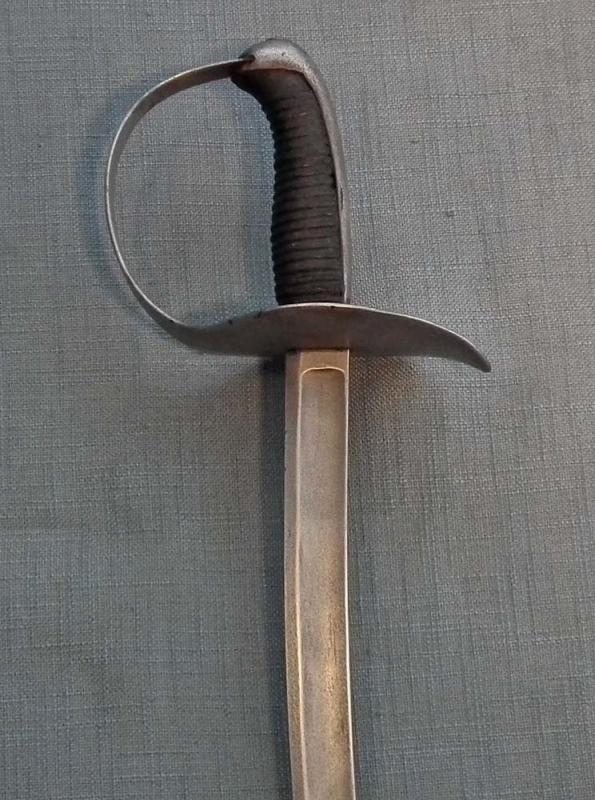 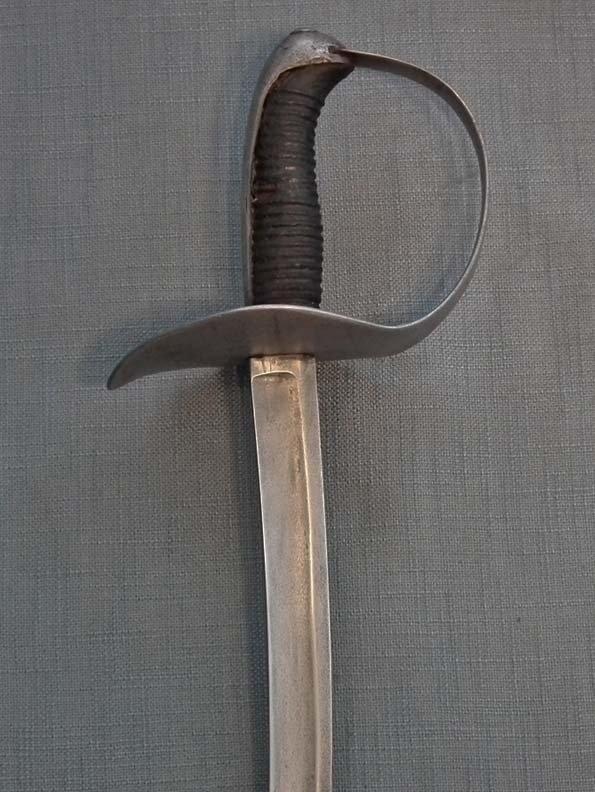 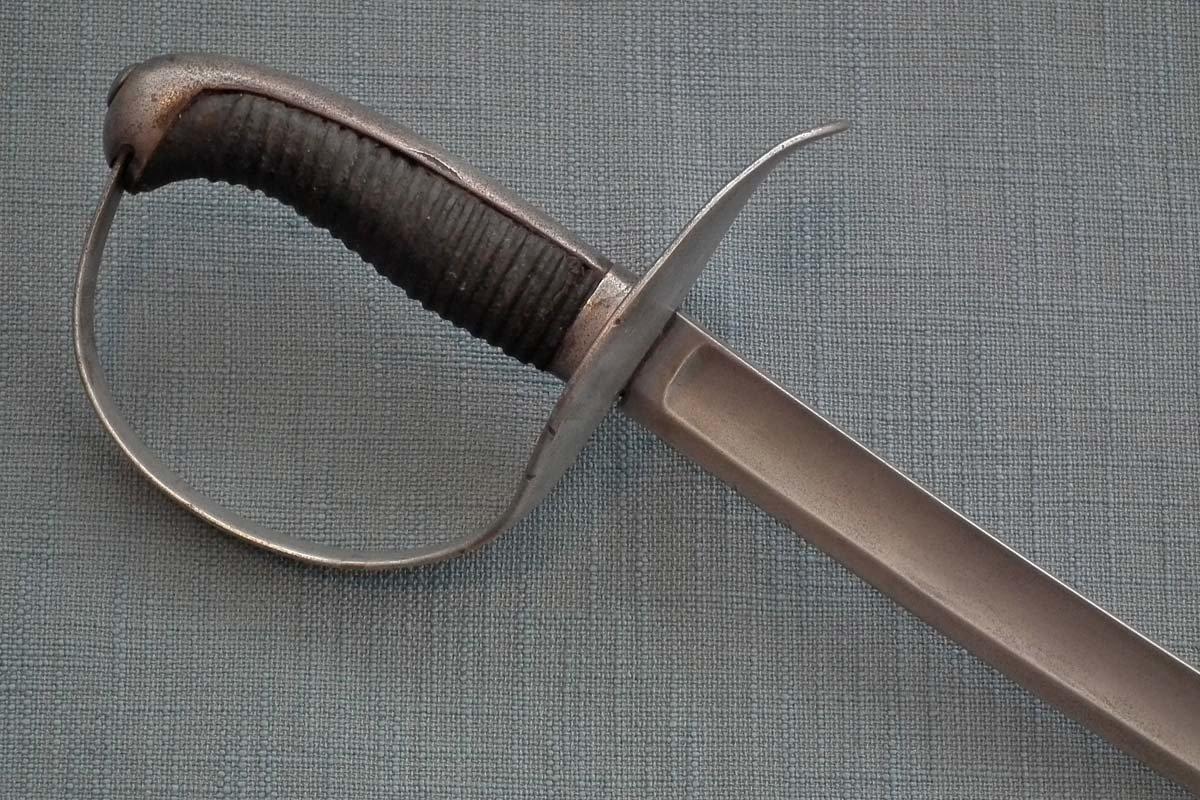 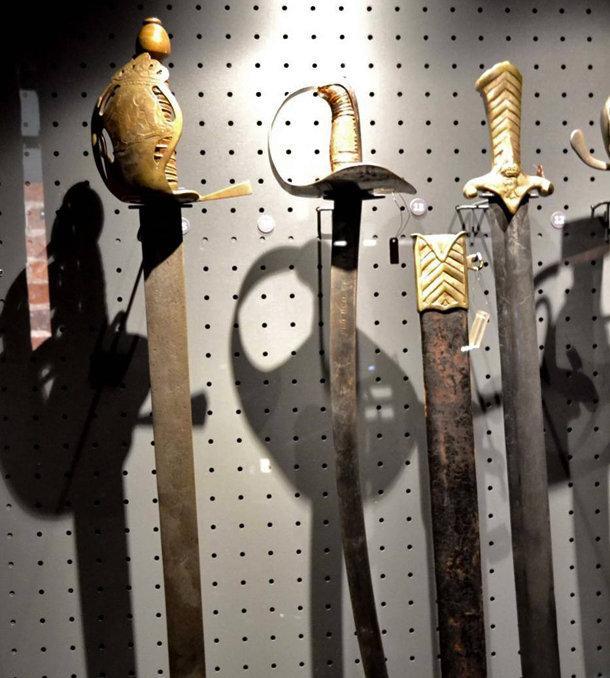 Antique, late 18th century, Polish cavalry sword with steel hilt, of typical form for the swords of the Kavaleria Narodowa, comprising a large, plain steel guard, a back-strap, and a wooden grip covered in leather with ribbed pattern, and a long slightly curved sturdy and solid steel blade cut with full-length fuller.

The swords with this type of a large plain steel guard appeared in Poland in the last quarter of the 18th century. A light National cavalry (Polish: Kawaleria narodowa) was formed in 1775 AD. Many of these types of sword hilts were made in various types and diversity, some with straight guard, some with concave guard, some with the knuckle bow bent at right angles, some with curved knuckle bow. Not very many of this type of swords survived to the present day since after the fall of the Kosciuszko Uprising 1794, all arms of the defeated Polish army were taken by Russians as war bounty.

The swords with an artistic value were placed in the Tsar's and Russian aristocrats’ collections, and most of the plain ordinary swords were recycled as scrap metal.

During the 19th century, on the prototype of this unique form of the Polish sword guard and the polish hussar sword hilts were copied by other European countries, along with the Polish National Cavalry uniforms and hats, and redesigned with some differences.

A Polish sword with an almost identical hilt is in the collection of The Malbork Castle Museum, Poland, displayed together with other 18th century Polish swords. Please see the last two pictures in the listing (second sword from the left).

CONDITION: This sword is in good condition considering its age to be over 220 years, showing its age and usage, blade slightly stained, tip of the blade reshaped, leather of the grip very dry and chipped. Nicks on the guard and edge of the blade, almost certainly from combat.