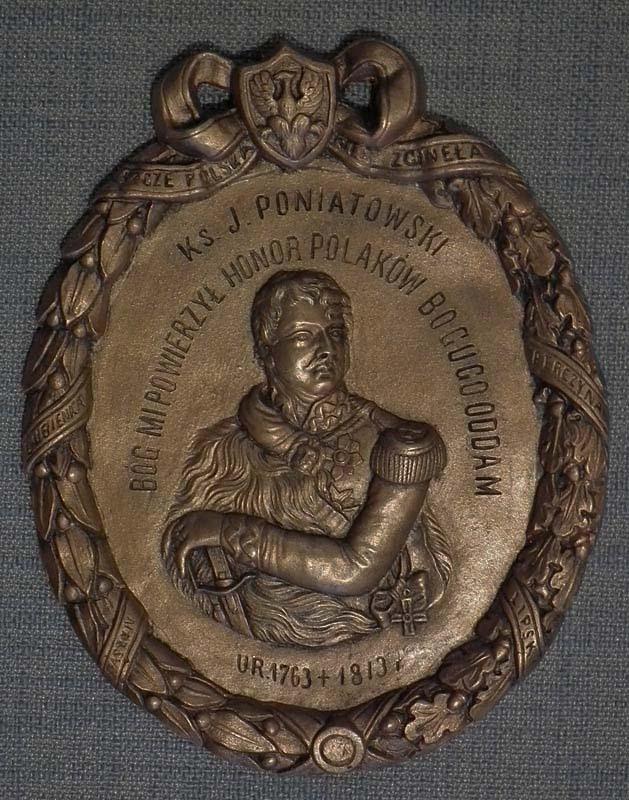 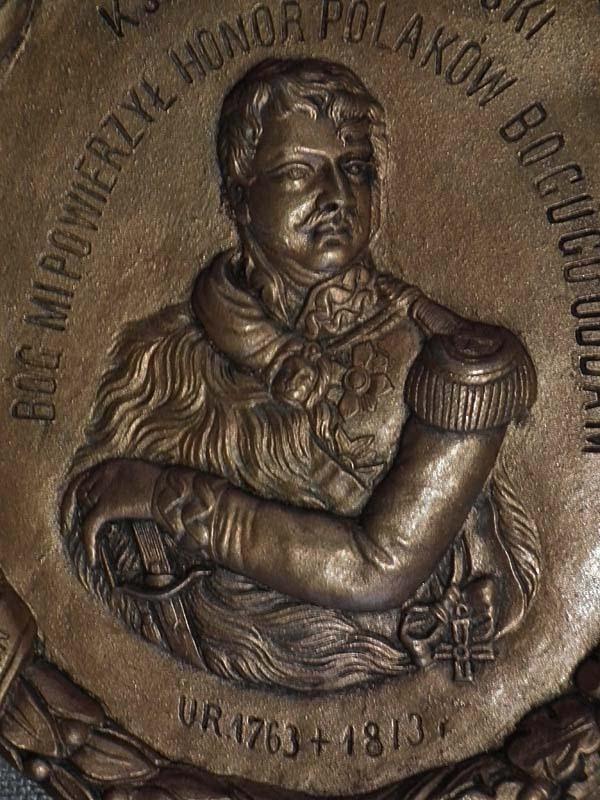 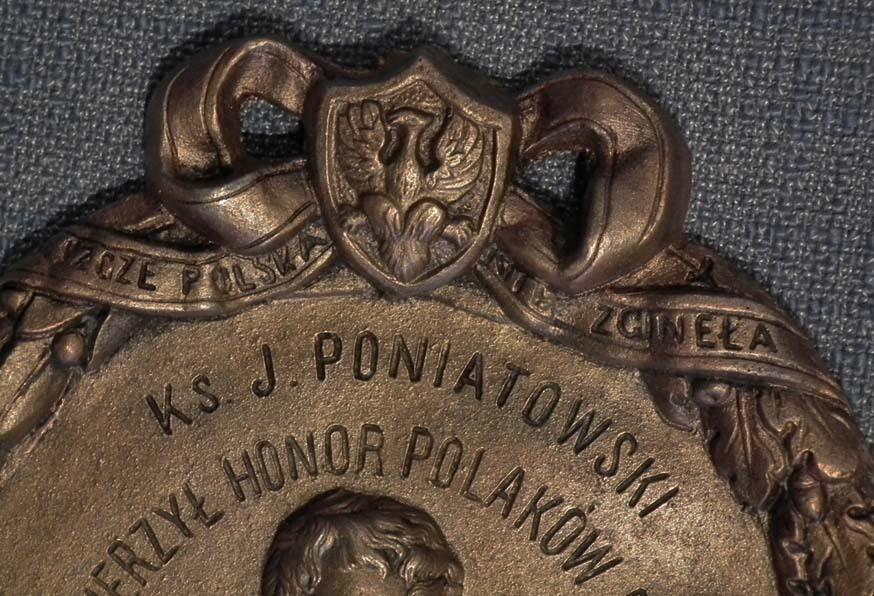 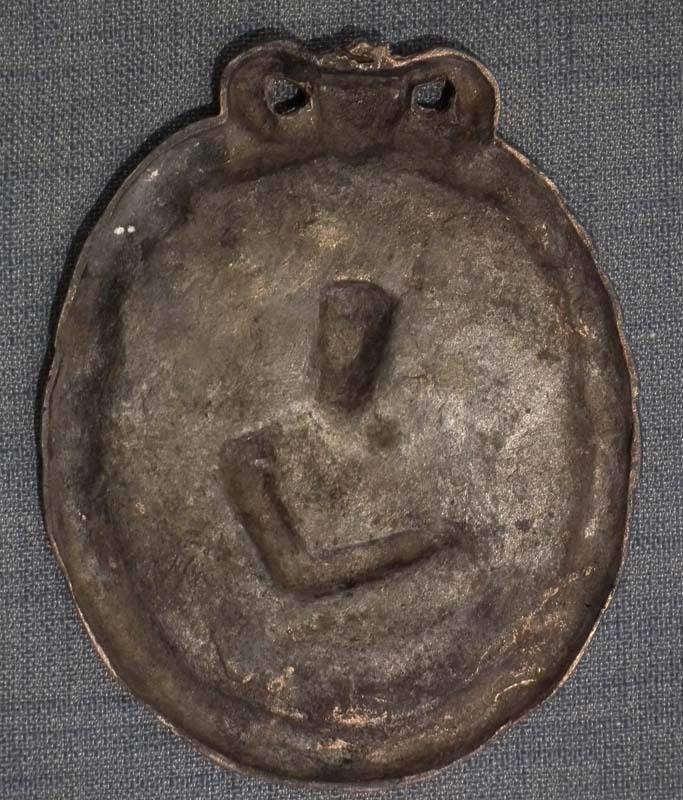 Antique circa 1900 A.D. oval plaque with prince Jozef Poniatowski made of bronzed white metal on the 200th anniversary of the death of Prince Józef Poniatowski, commander-in-chief of the Polish Army of the Duchy of Warsaw and Marshal of the First French Empire (1763-1813), he died at the Battle of the Nations near Leipzig in 1813.
Prince Józef Poniatowski is depicted wearing the uniform of a division Duchy of Warsaw, with general epaulets, and he wears the Virtuti Militari Cross, I Class Breast Star. On the left shoulder, there is a fur coat burka. His left hand is outstretched on his sword hilt. Surrounded by the motto "BOG MI POWIERZYL HONOR POLAKOW BOGU GO ODDAM" with Ks.J. Poniatowski above and UR.1763+1813r below.
The Polish Eagle tops the plaque on heraldic shield amongst the garland bearing the Polish National Anthem's first strophe, "Jeszcze Polska nie zginela" Poland Is Not Yet Lost.
The plaque is bordered by a laurel wreath intertwined with a ribbon inscribed with the names of the major battles he was involved in during his military career, Dubienka, Raszyn, Lipsk, Berezyna.
MEASUREMENTS: 17 cm x 13.5 cm (6.69 inches x 5.31 inches
CONDITION: Showing the age and heavy usage.