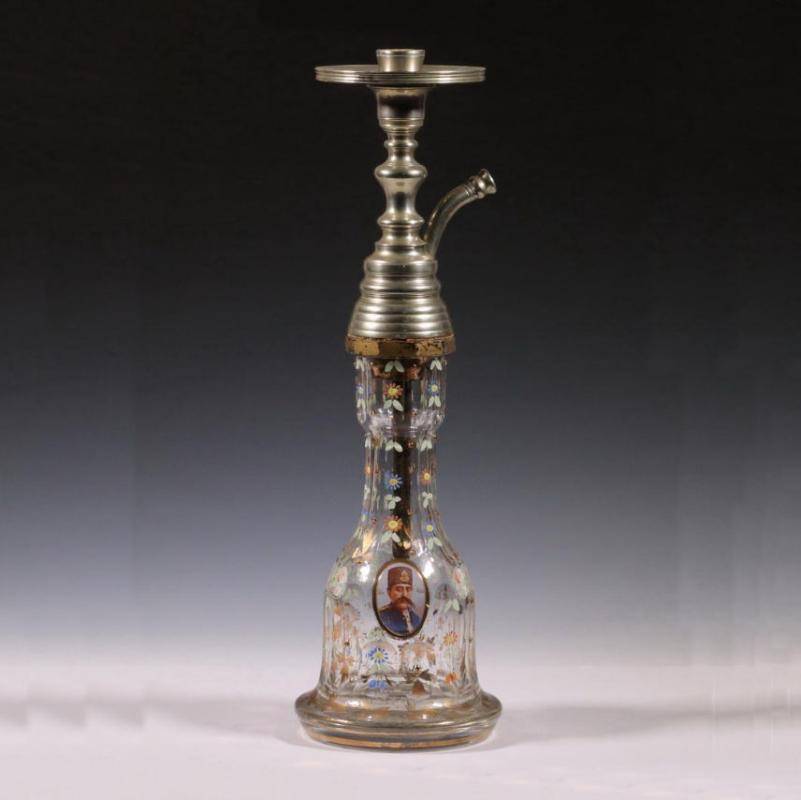 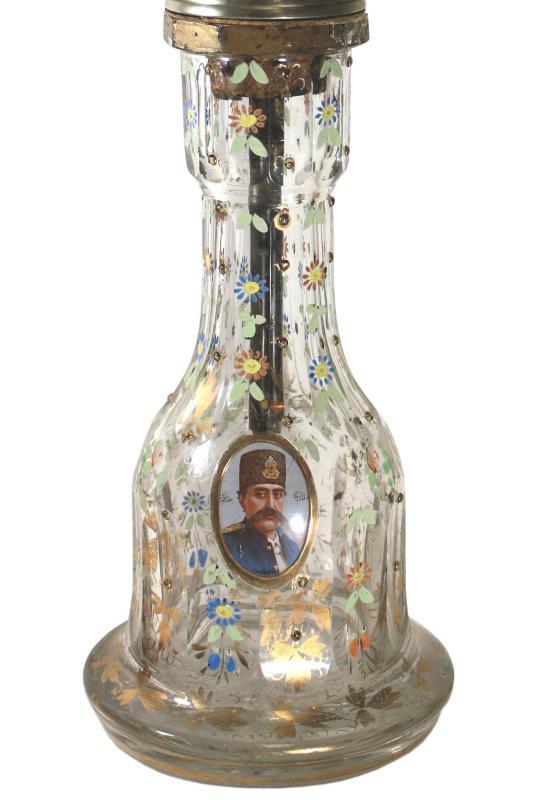 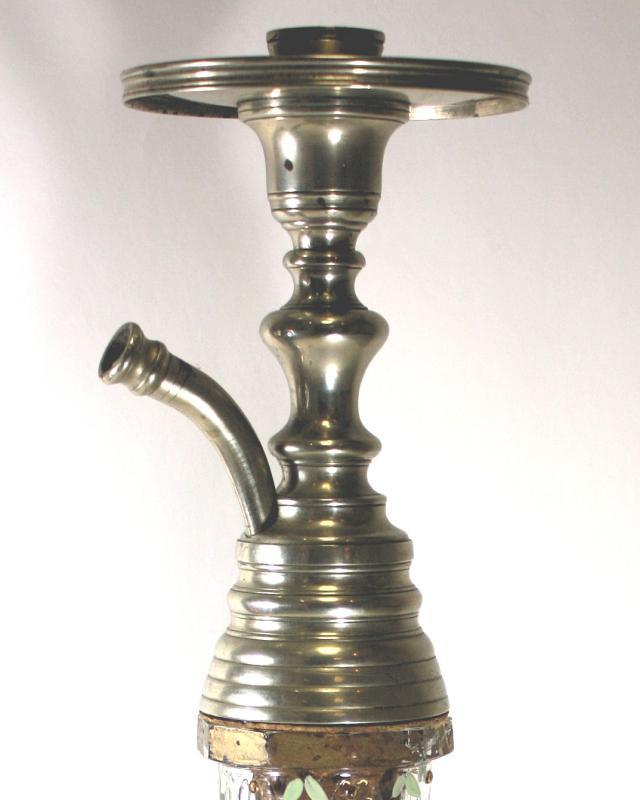 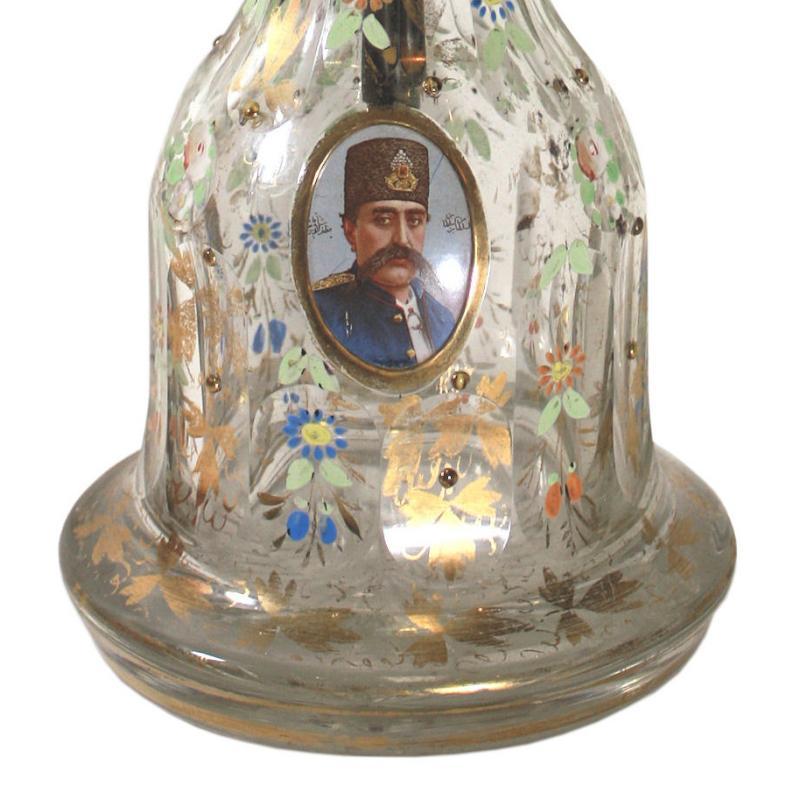 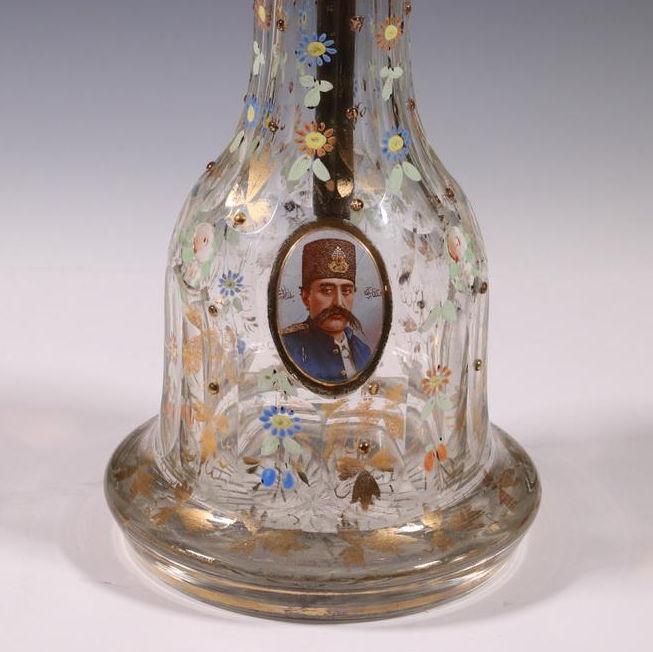 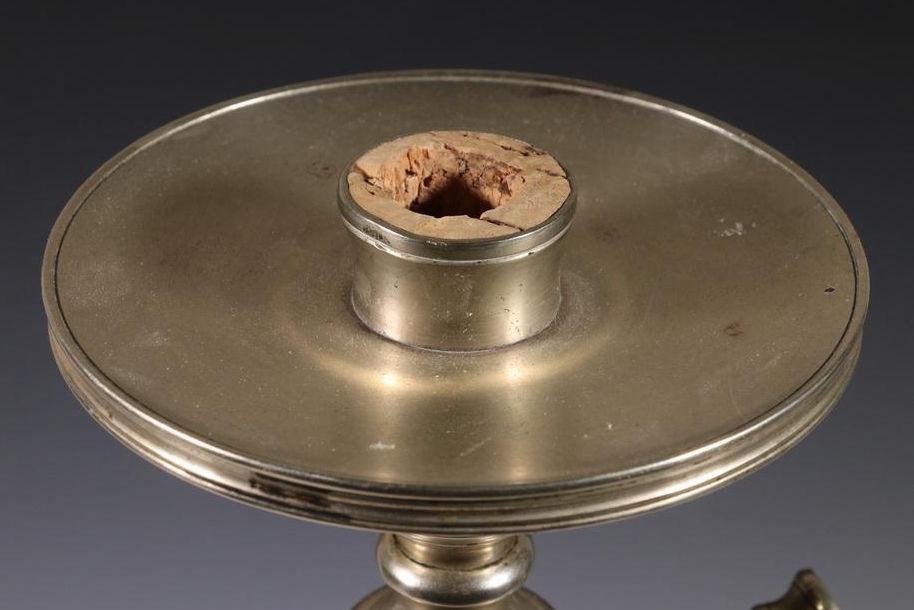 Our antique (nineteenth century) glass hookah with silvered metal pipe features painted floral decorations and the portrait of Shah Mozaffar al Din Shah (1853-1907).  Glass measures 11.75 inches tall and overall it measures 19.75 inches.  There are losses to the gilding, chips from the inside edge of the glass top, plus missing bowl and hose, and scratches.

The son of the Qajar ruler, Nasir al-Din Shah Qajar, Mozaffar ad-Din was named crown prince and sent as governor to the northern province of Azerbaijan in 1861.  He was the fifth Qajar king of Iran, reigning from 1896 until his death in 1907.  He is often credited with the creation of the Iranian constitution which he approved of as one of his final actions of Shah. ( huqqa )