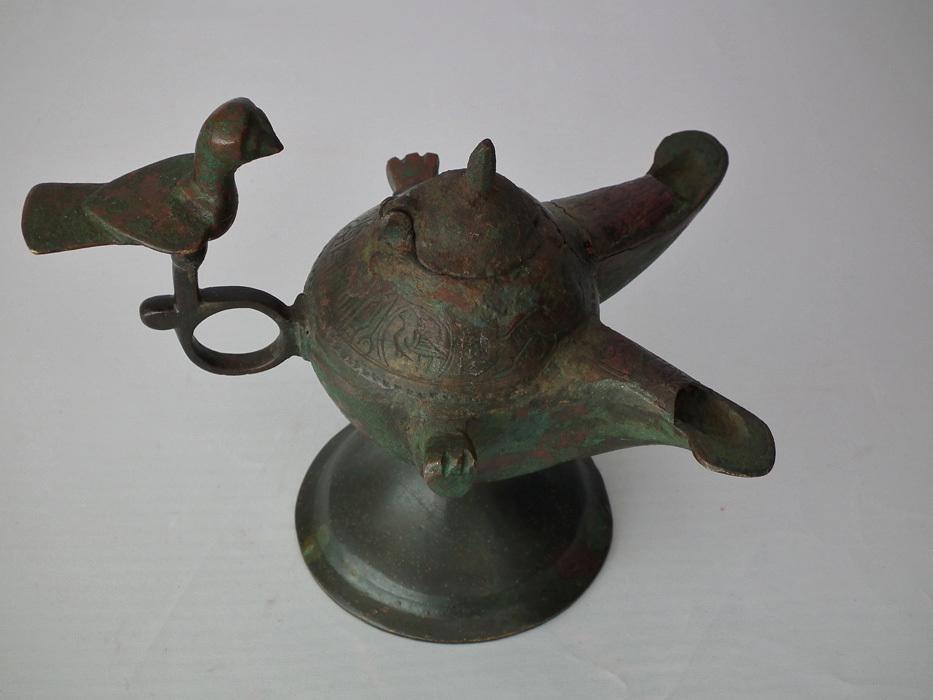 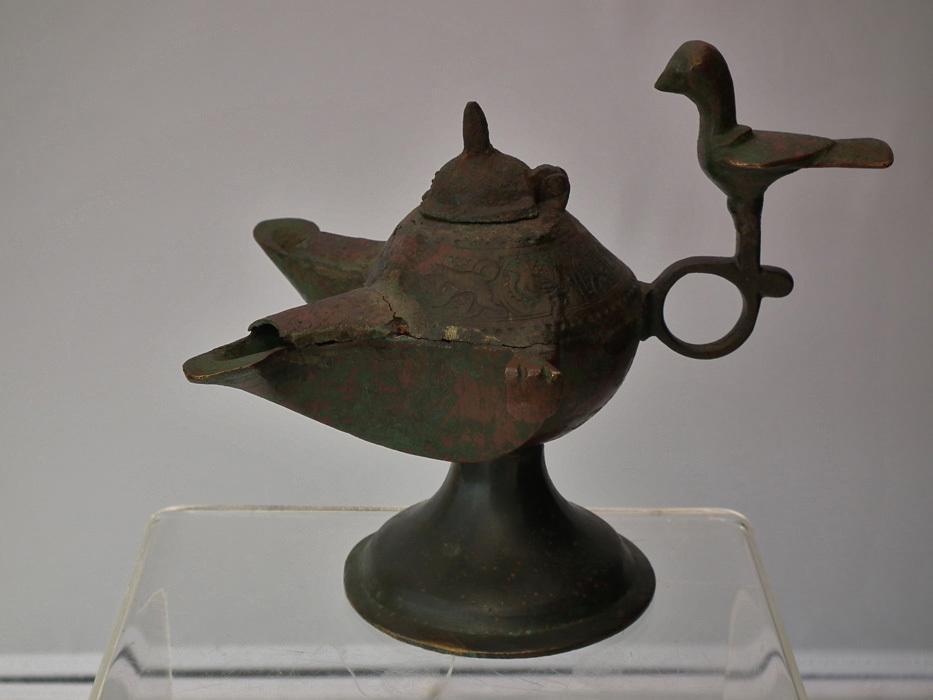 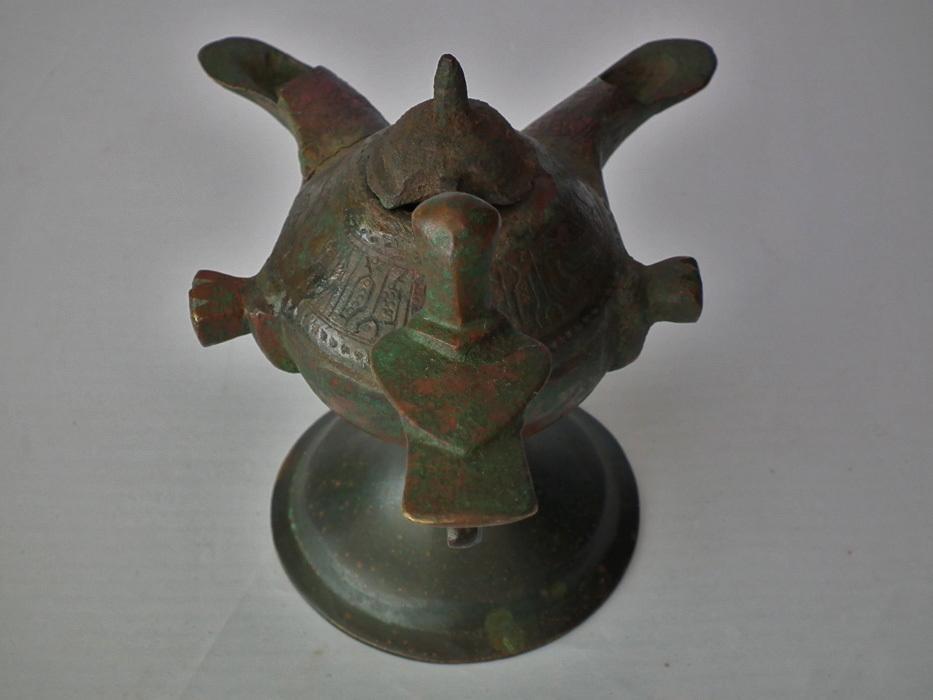 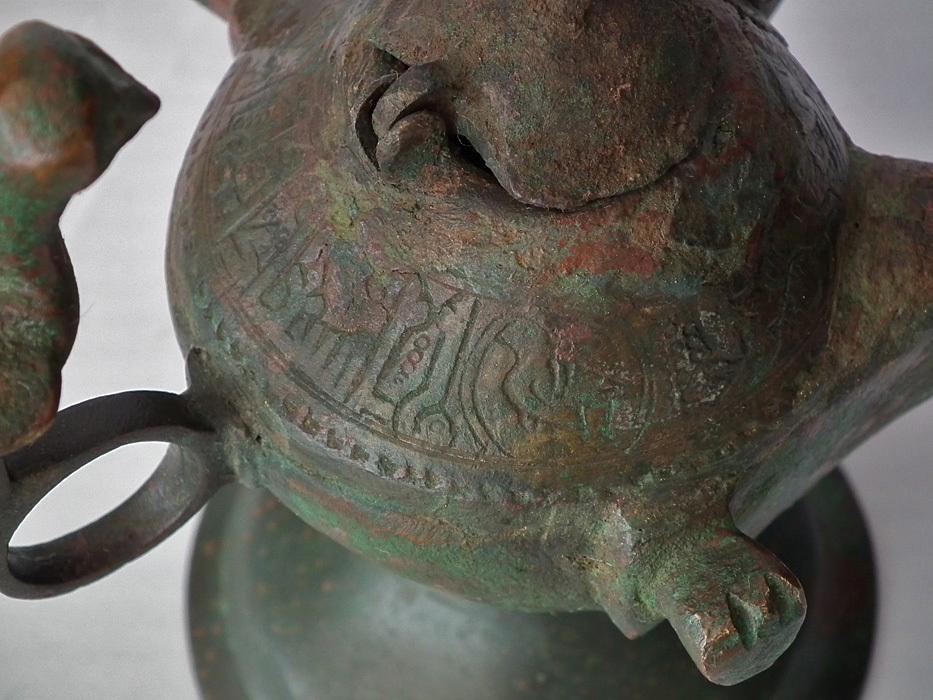 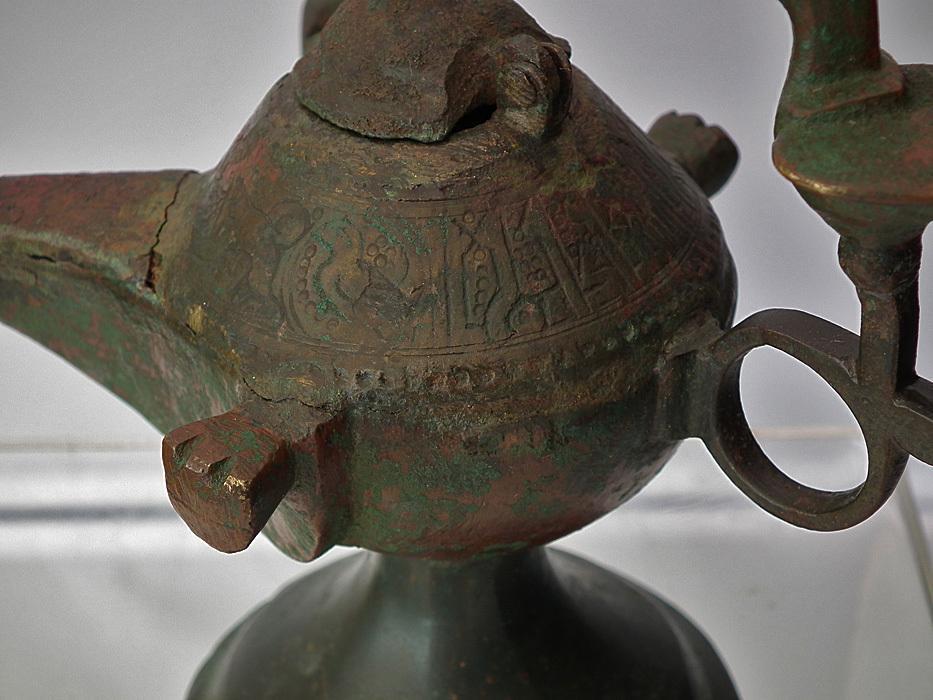 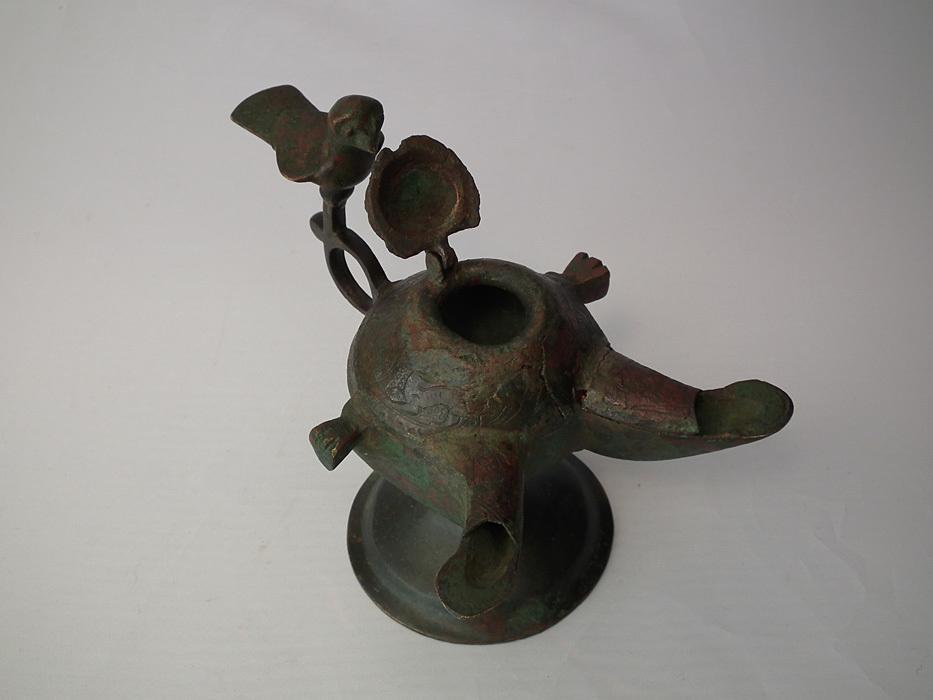 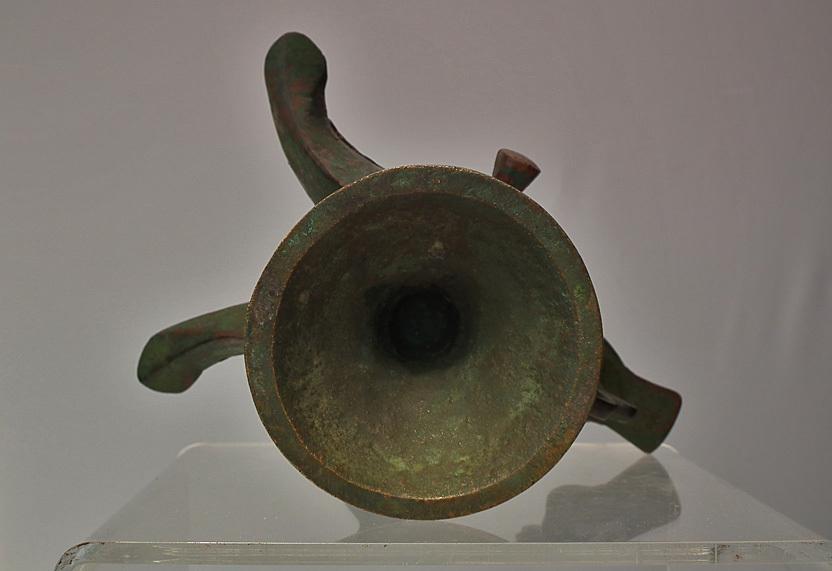 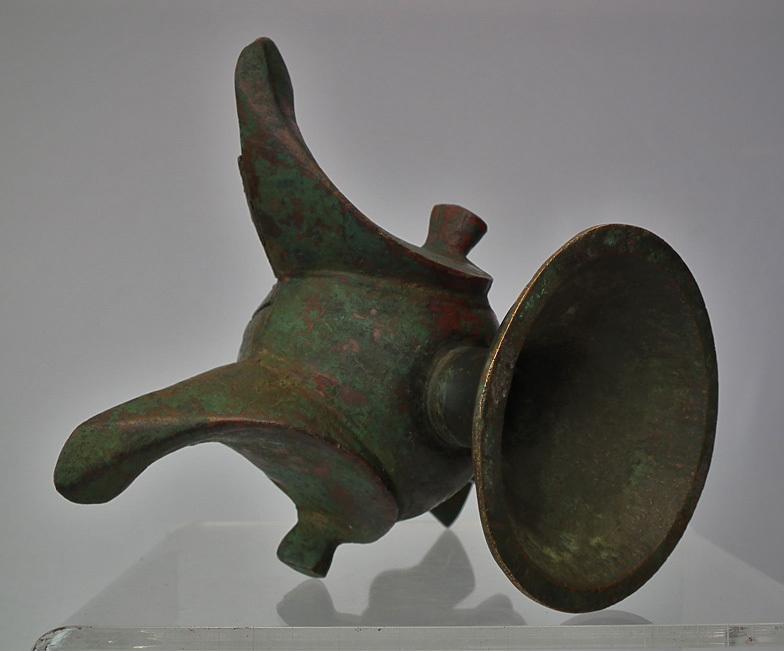 The top of the body engraved with running animals, birds, scrolling vine, and the bands of benedictory Arabic kufic inscription.

CONDITION: showing the age and usage with beautiful patina, the top of the lamp has same cracks secured by glue.

The Seljuqs, a Turkic dynasty of Central Asian nomadic origins, became the new rulers of the eastern Islamic lands following their defeat of the powerful Ghaznavids at the Battle of Dandanakan (1040). By 1055, the Seljuqs had reached and taken over Baghdad, which put an end to Buyid rule, and established themselves as the new protectors of the Abbasid caliphate and Sunni Islam. Within fifty years, the Seljuqs created a vast though relatively short-lived empire, encompassing all of Iran, Iraq, and much of Anatolia. By the close of the eleventh century, as the Seljuq realm became troubled due to internal conflicts and the division of the realm among heirs, the empire dissolved into separate territories governed by different branches of the dynasty. The main branch of the Seljuq house, the so-called Great Seljuqs, maintained control over Iran. Under the Seljuq sultanate, Iran enjoyed a period of material and cultural prosperity, and the ingenuity in architecture and the arts during this period had a notable impact on later artistic developments.