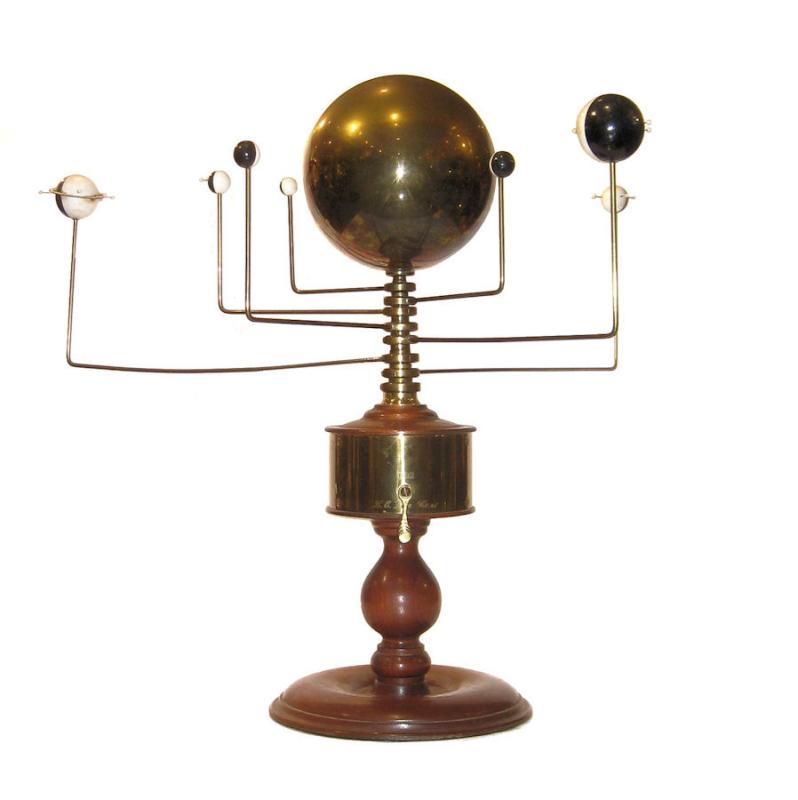 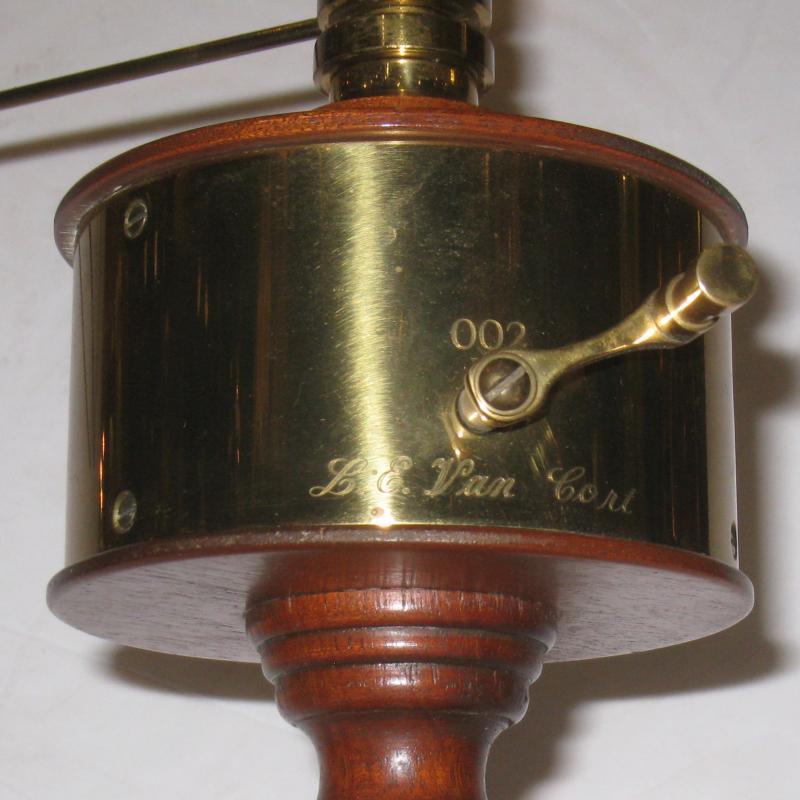 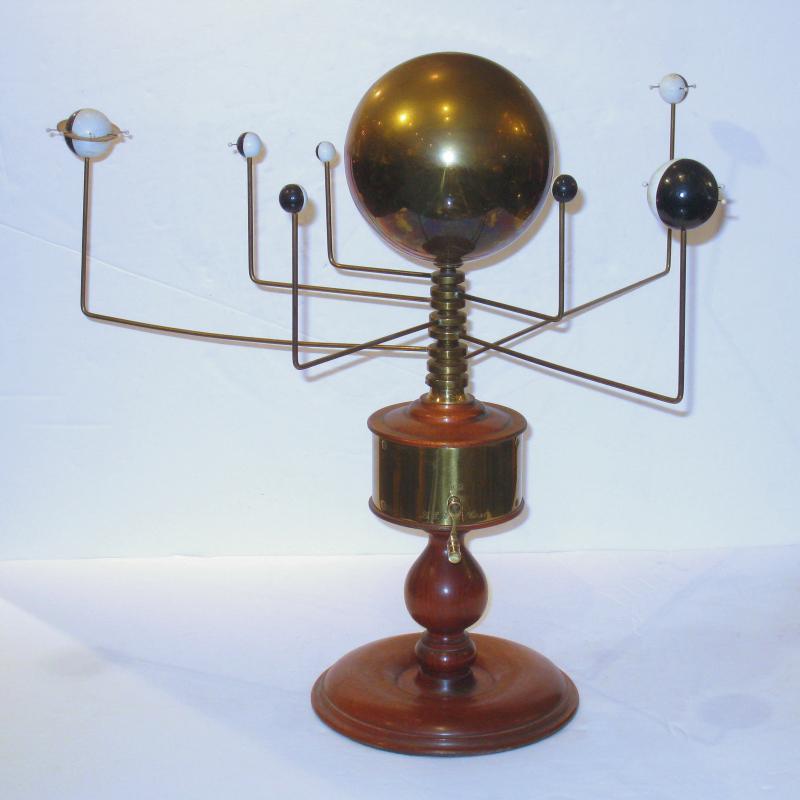 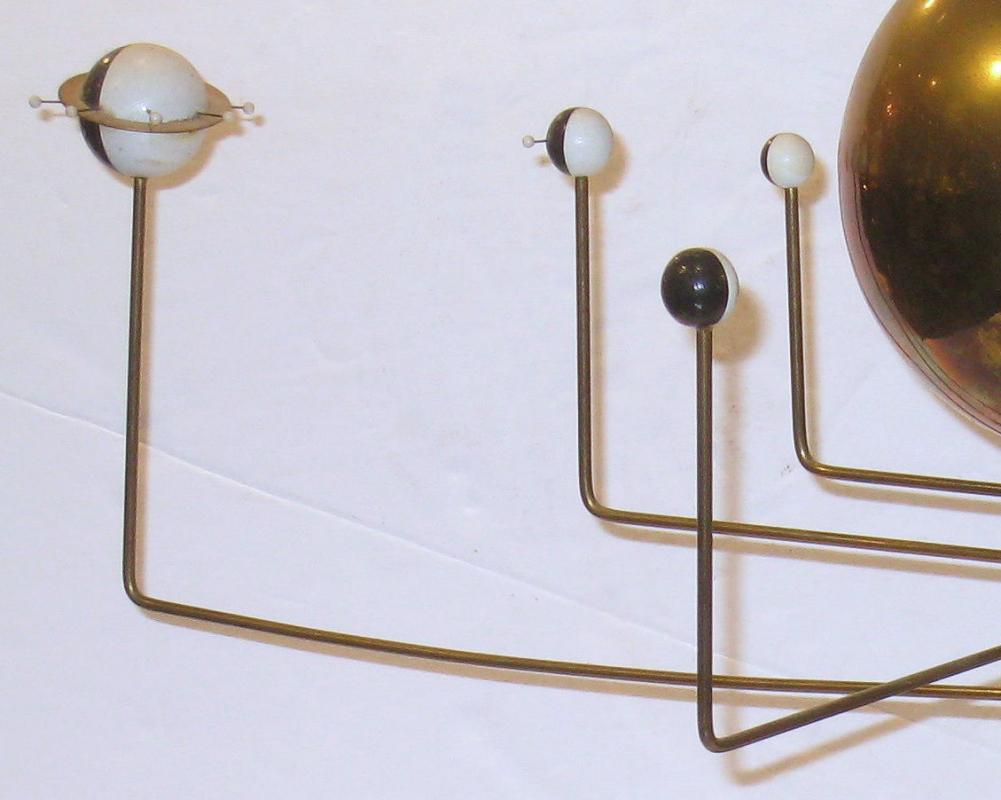 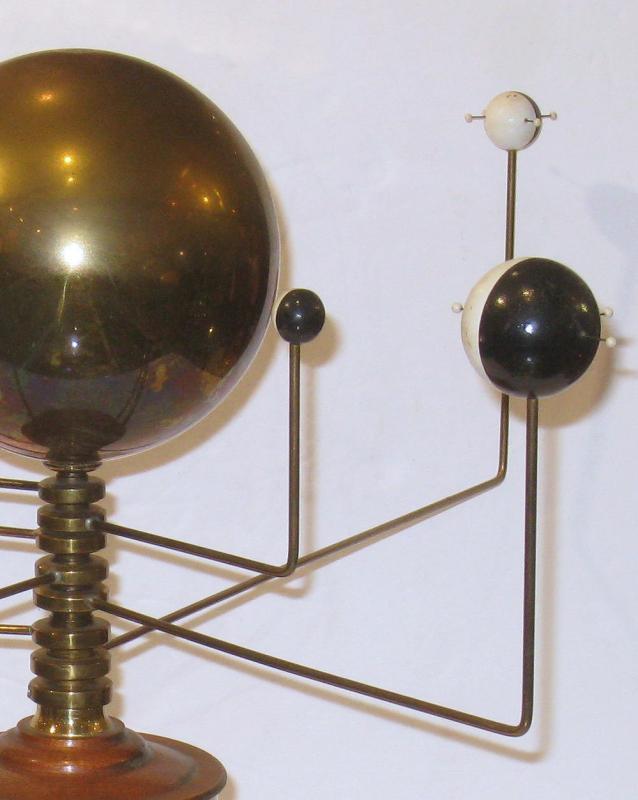 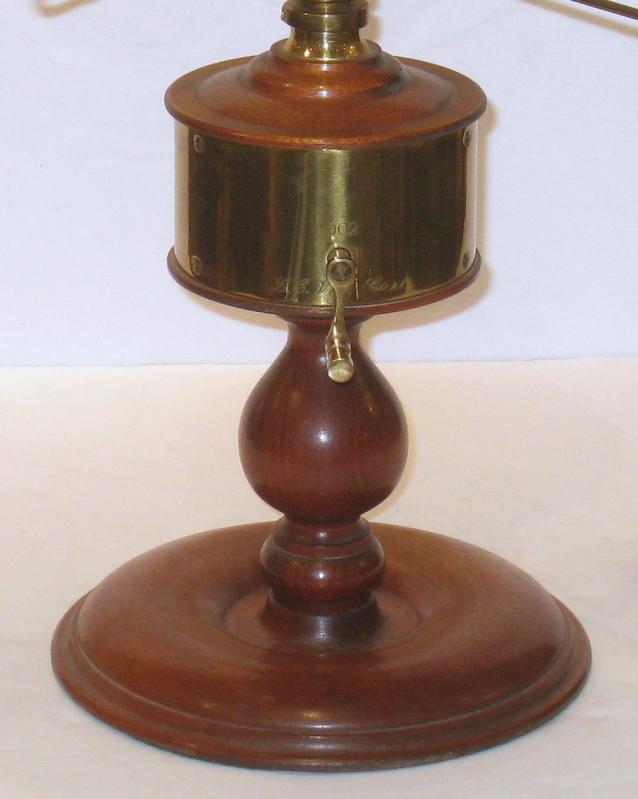 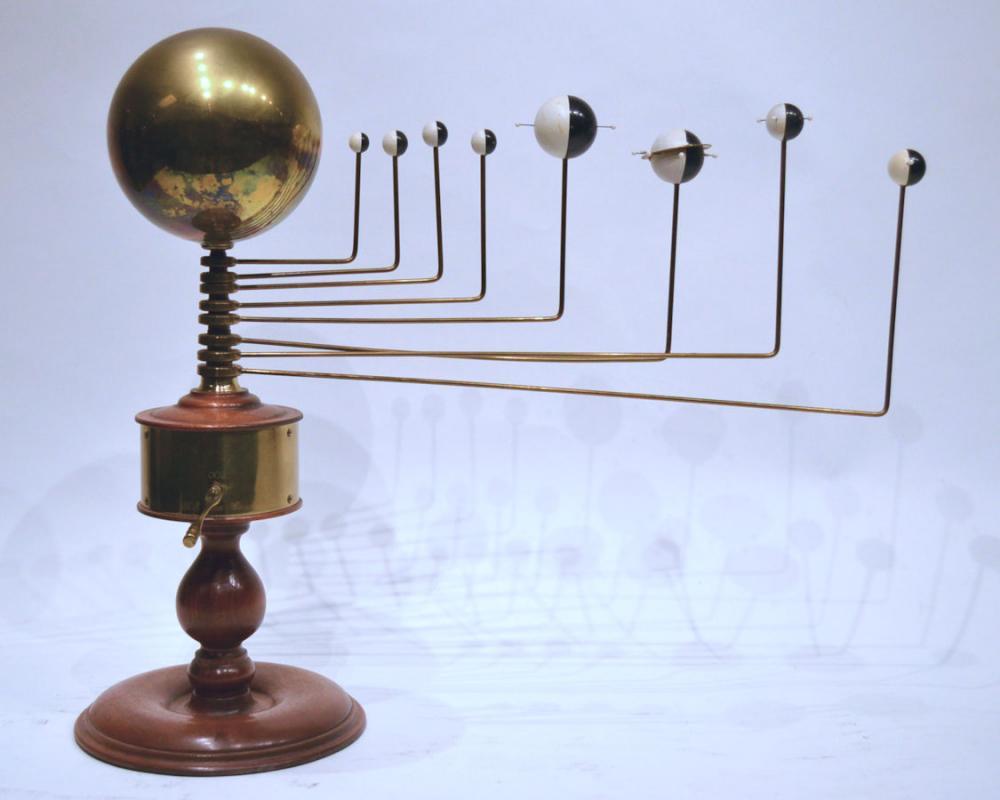 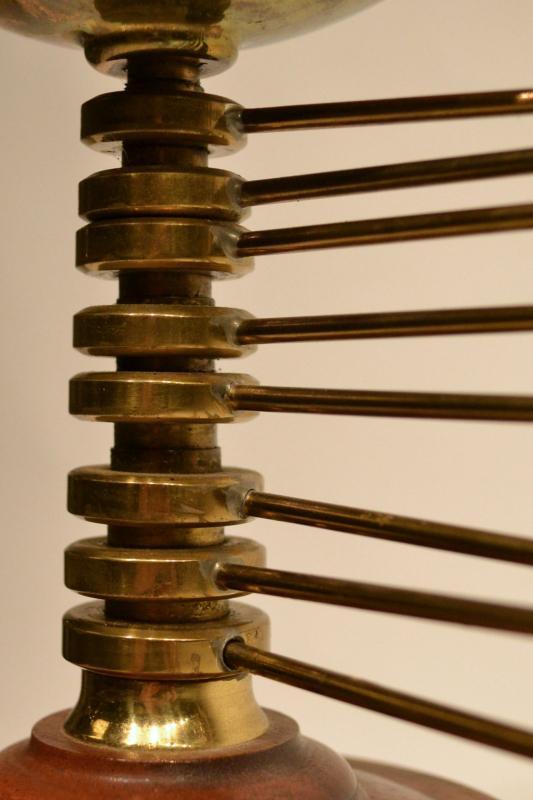 Our delightful orrery by Van Cort Instruments is an exceptional reproduction of a mid-nineteenth century design in the collection of the Smithsonian National Museum of Natural History in Washington, DC, depicting the sun (fashioned as a brass sphere) and eight (Mercury through Neptune) planets mounted on brass arms that revolve smoothly with the turn of the handle. According to Erik Van Cort, this is one of less than fifteen such examples he produced in the early 1980s. It's also the only handle-crank orrery by Van Cort that we have seen come to market in our 19 years in business. It measures 16.75 inches tall and 20.5 inches at its widest.

Shown in our first image missing one planet, mistakenly not installed for photography. Originally crafted so each brass planet arm was inserted and held in place by friction, seven of the eight arms were later soldered in place. There are slight bends to a couple of the planet arms, and one rotating disc is loose and causes the planet arm to overlap its adjacent arm below. Please see our last three images showing all eight planets installed, plus a closeup of the brass mechanism. It may be returned to its original condition by Erik Van Cort, who is still producing designs, and restoring antiques and his original designs too.

Van Cort Instruments was founded in 1979 in Northampton Massachusetts by Erik and Kate Van Cort. They specialized in repairing antique telescopes and other scientific instruments, but also designed and hand-crafted exceptional new devices and reproductions of 18th and 19th century models, including telescopes and kaleidoscopes among others items. They produced one-of-a-kind items and limited editions, and their customers included hundreds of museums and museum stores across the world.