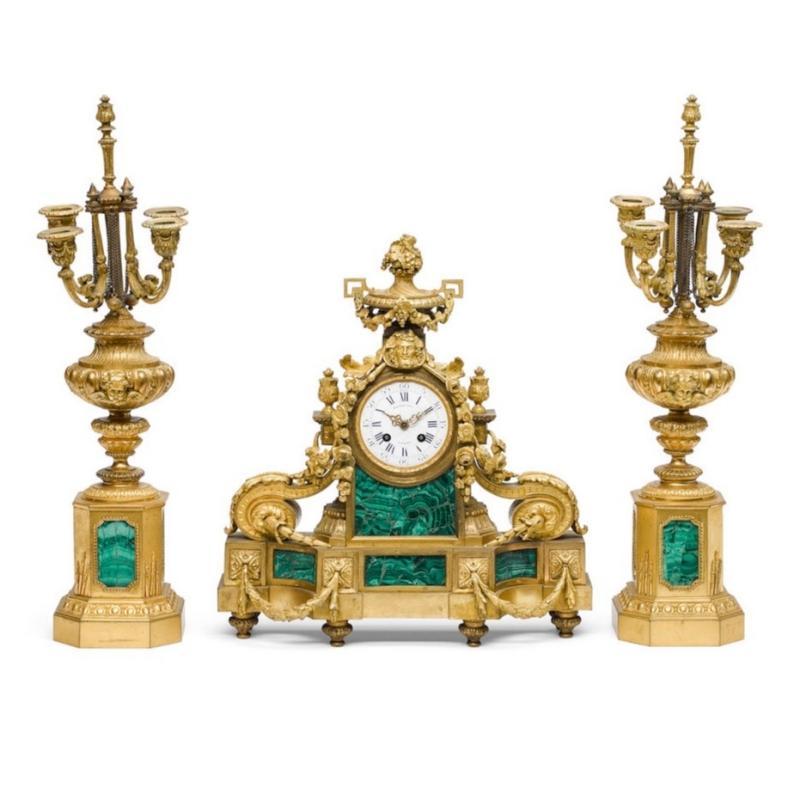 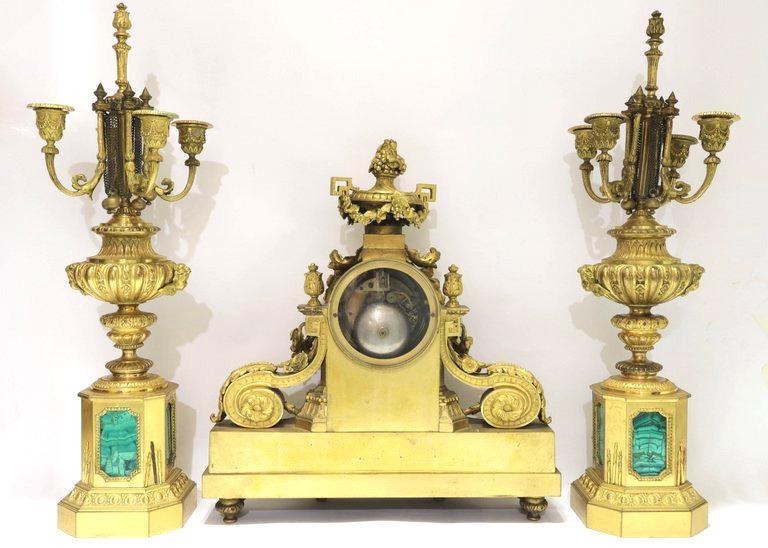 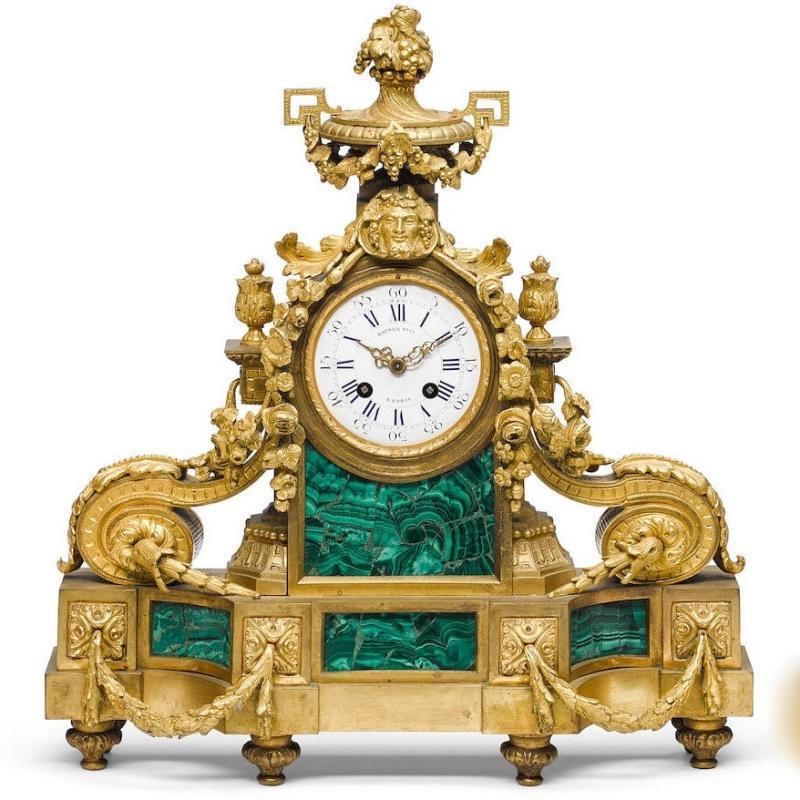 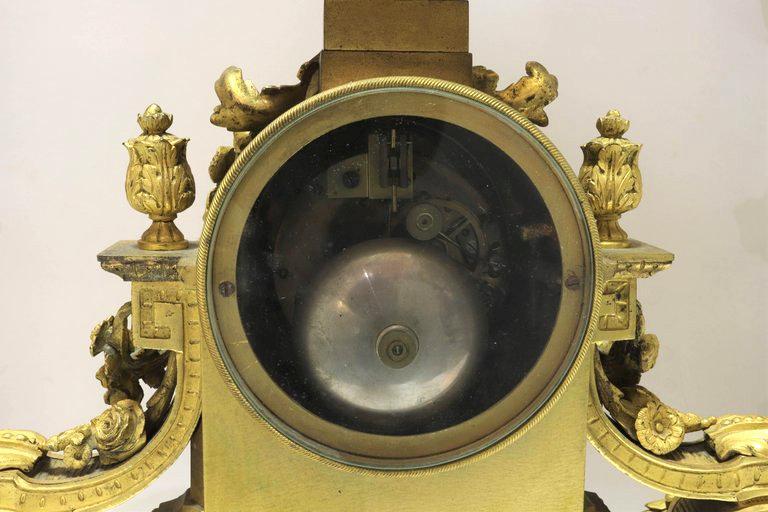 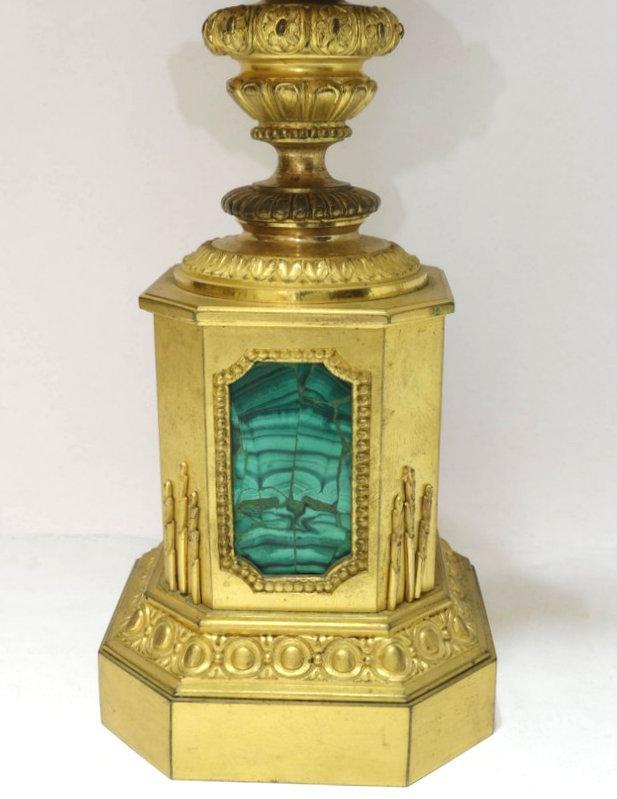 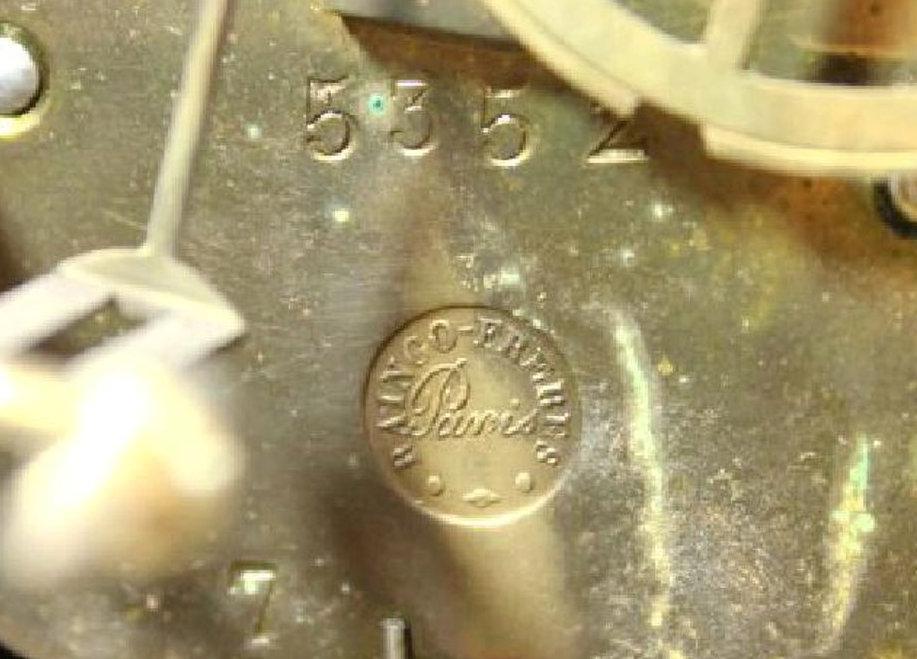 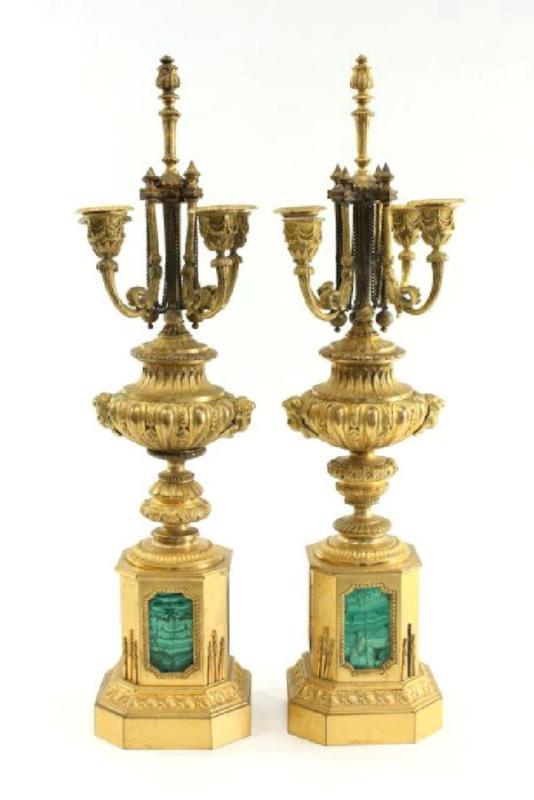 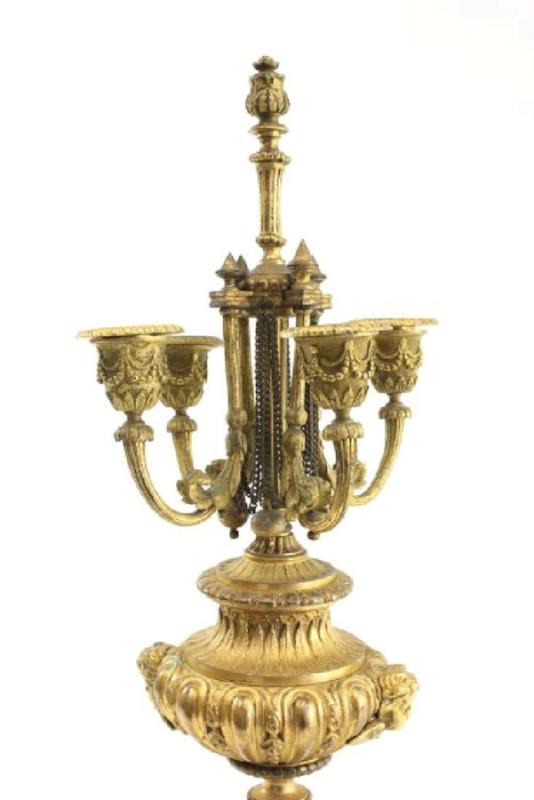 This wonderful mantel clock garniture in the Louis XVI style was designed by the highly accomplished Parisien bronzier, Henri Picard with movement by Raingo Freres of Paris.

Porcelain dial is signed "Raingo Fres, a Paris" with blue Roman hour numerals, black 5 minute numbers, gilt pierced filigree hands and bronze bezel with beveled crystal.  It has a round French bronze eight day spring driven movement with half hour bell strike and is signed "Raingo Freres, Paris, 5352".  The gilt bronze case is signed "H. Picard" and "5352" and has a handled urn finial with  grapevine garnish and floral garland, scrolling side corbels and malachite stone panels.  The matching candelabra feature winged putti head side handles, hanging chains with pendants and inset malachite panels. Clock mechanism is not running, missing pendulum, upper portion of candelabras are bent, and one candle holder insert is missing.  One piece of applied trim on a candelabra is replaced. Clock measures: 17 in. high x 16 in. wide x 5 in. deep.  Candelabra measures:  22.75 in. high x 6.25 in. wide x 6.25 in. deep.

Picard worked in Paris from 1831 to 1884 and is most known for his designs for Napoleon III. His works are widely collected and appear at major auction regularly.

Raingo Freres was founded in Paris in 1813 by Zacharie Joseph Raingo (1775-?).  As early as 1824 they were the official clock providers to the Duke of Orleans and Charles X, and even served George IV of England.  They received numerous awards and commissions fromt he 1830s through the 1890s, including decorative bronze pieces for Napoleon III and the Empress Eugenia.  Their works are held in museums across France and their designs regularly appear at major auction.