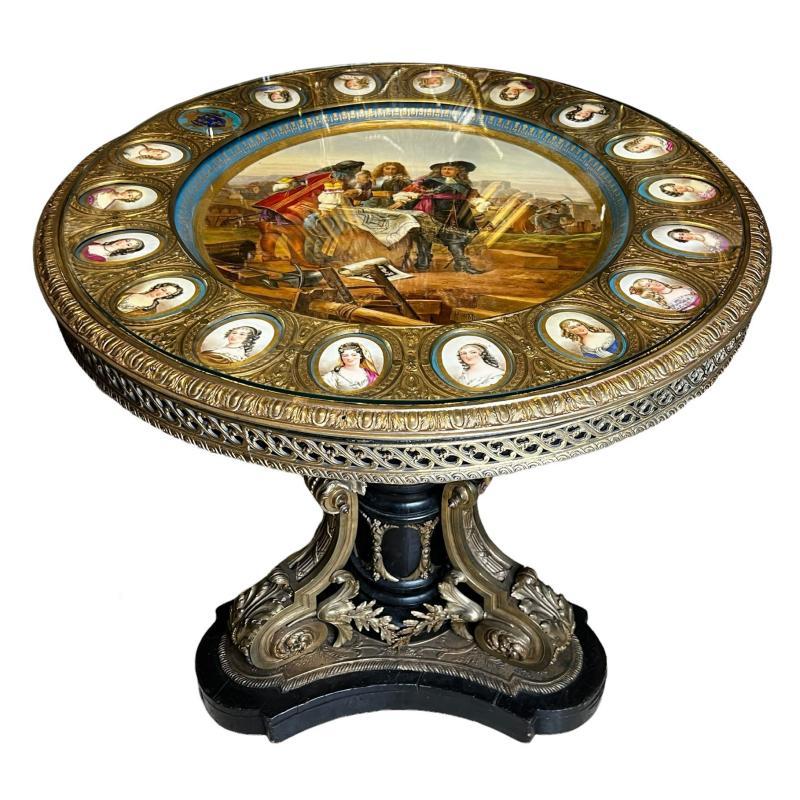 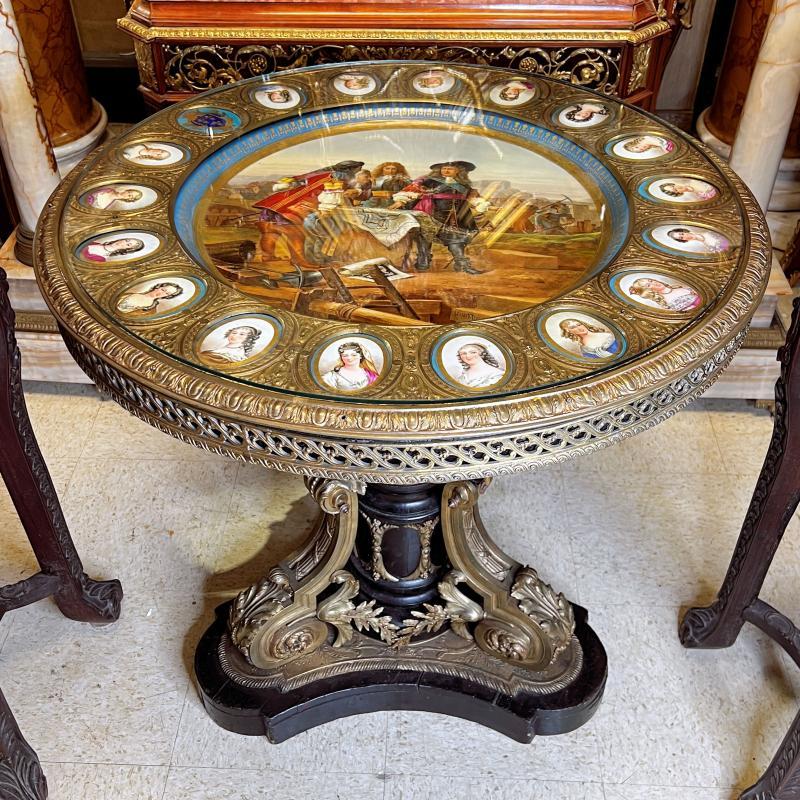 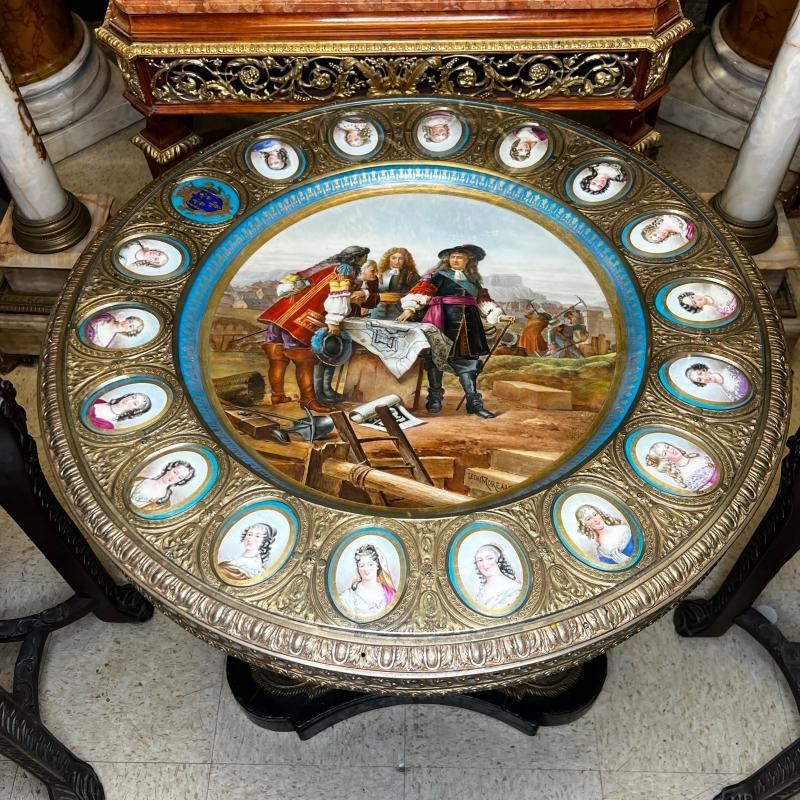 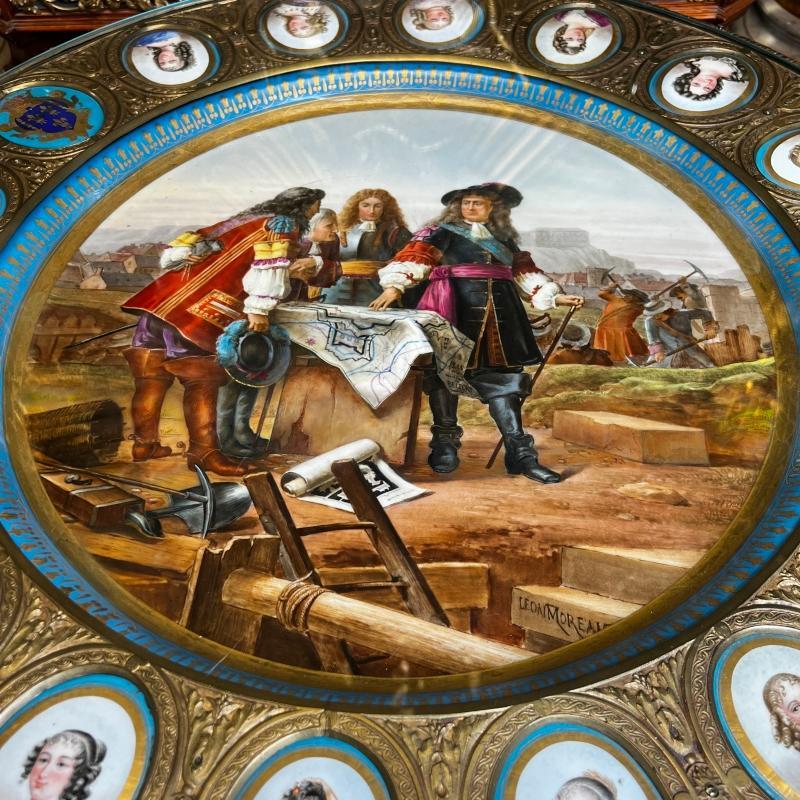 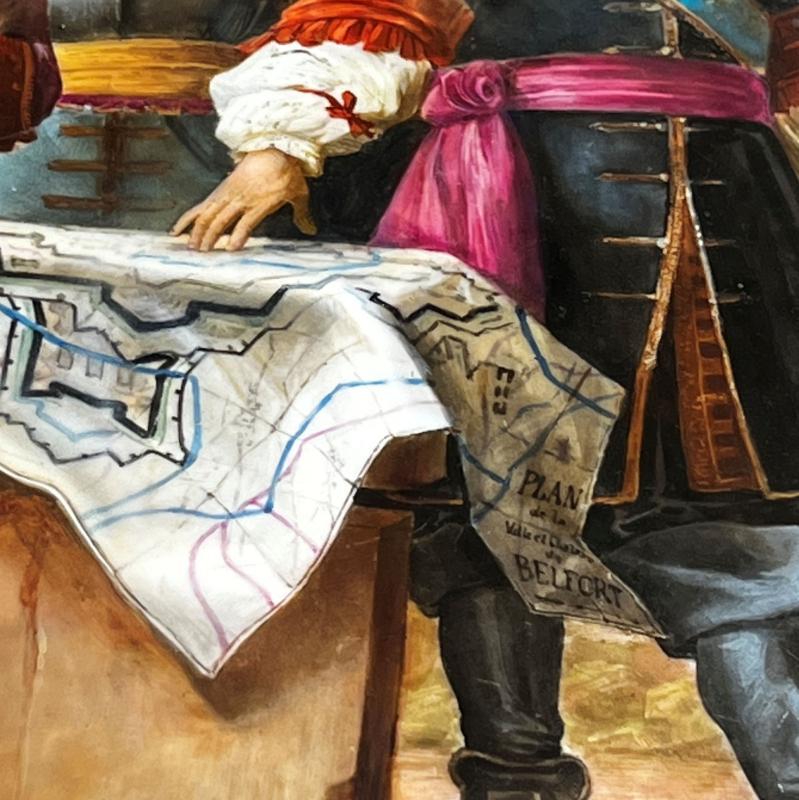 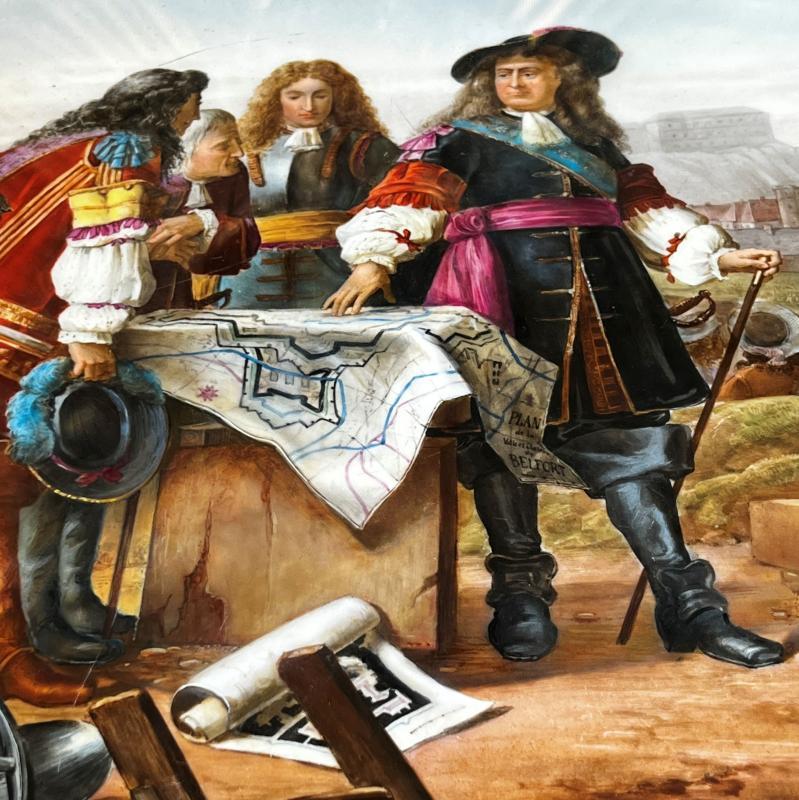 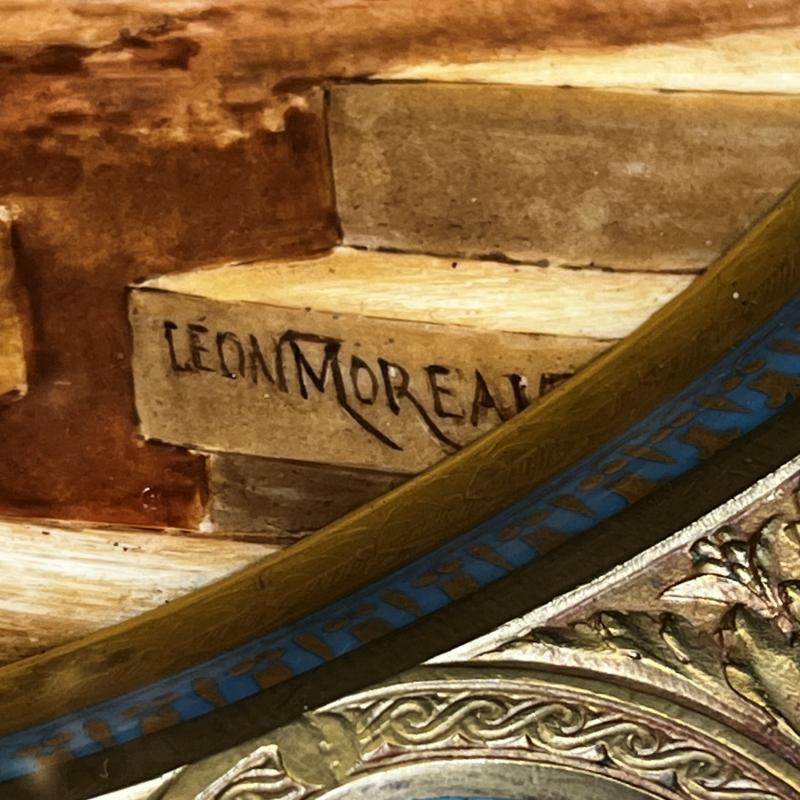 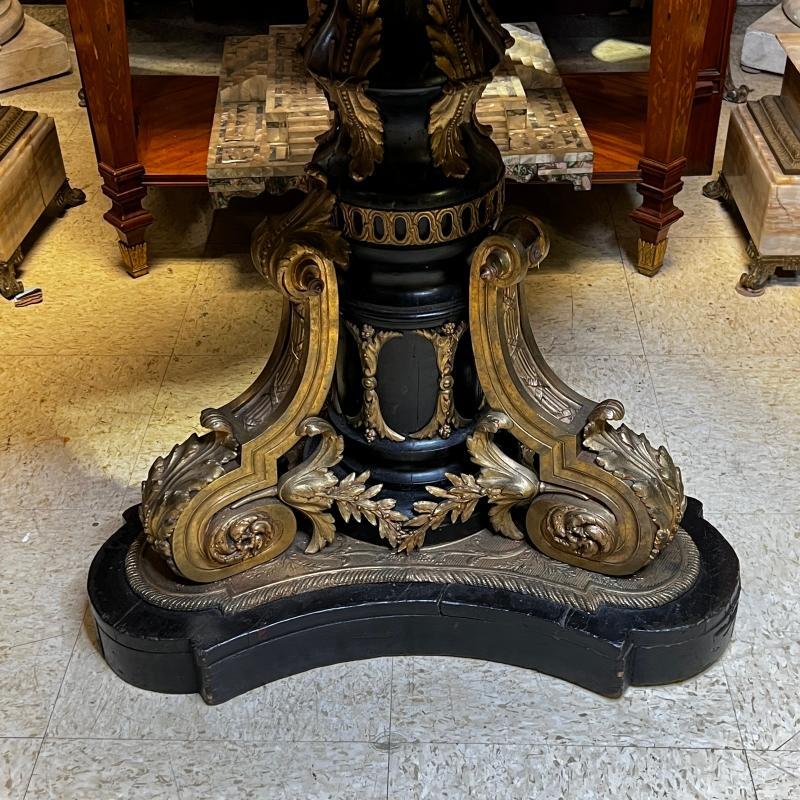 Our delightful Napoleon III period (circa 1850s-1870) center table in the Louis XVI style features a very rare subject on painted porcelain: the military engineer and architect to Louis XIV, Sebastien Le Prestre de Vauban (1633-1707), meeting with Francois Michel le Tellier, Marquis de Louvois (1641-1691), French Secretary of War, and his staff, reviewing plans and progress of the fortifications at Belfort, after the original painting by Albert Pierre Rene Maignan (1845-1908).  Beyond the large central plaque are the usual figures of the court of Louis XVI painted on porcelain.  With modern round glass top.  31 inch diameter and height of 30 3/8 inches.  Porcelain painter's name, Leon Moreau, seen on the steps in lower right, where Maignan's signature can be found on the original painting.

Sébastien Le Prestre de Vauban, Seigneur de Vauban, later Marquis de Vauban was celebrated in France as the greatest engineer of his time, and is still considered one of the most important and influential in Western military history. He designed and built doznes of fortifications throughout France.  And in fact, his fortification designs were widely used for a century and some of his tactics remained in use into the twentieth century.

Located in northeast France just east of Basel and the Swiss border, Belfort has been fortified since medieval times when a castle was built in 1226.  The Comte de la Suze modernized the site between 1637 and 1648, and it was Vauban who added hornworks and a barracks to the castle and enclosed the city in a new wall according to his "second system" design.