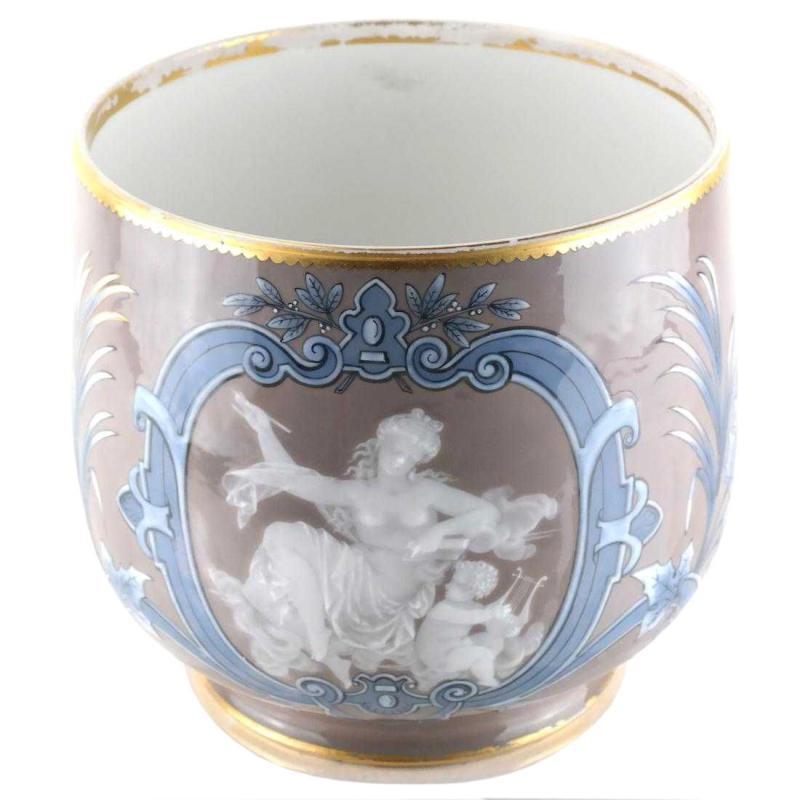 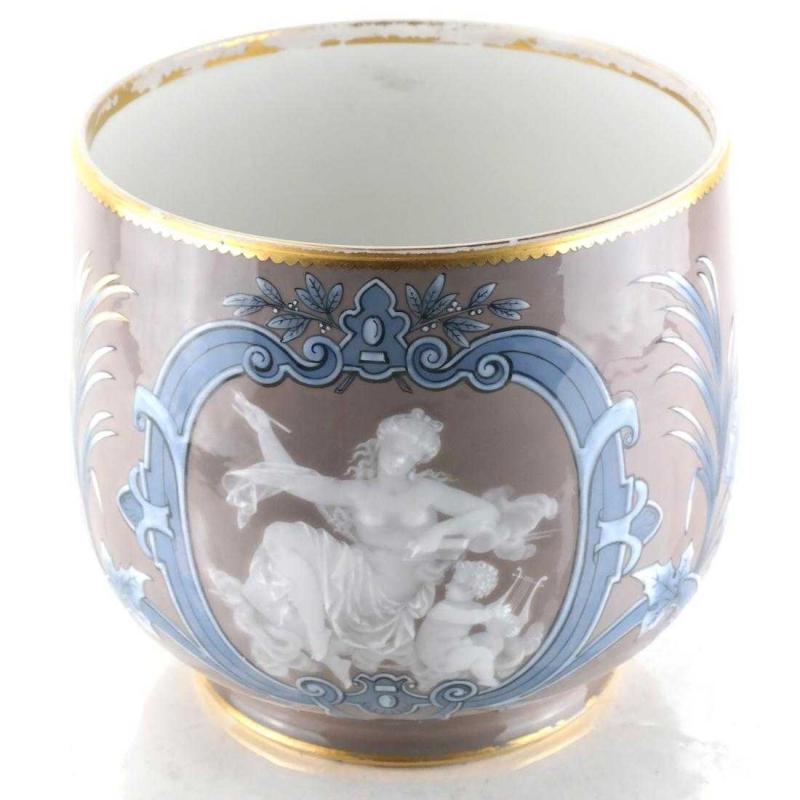 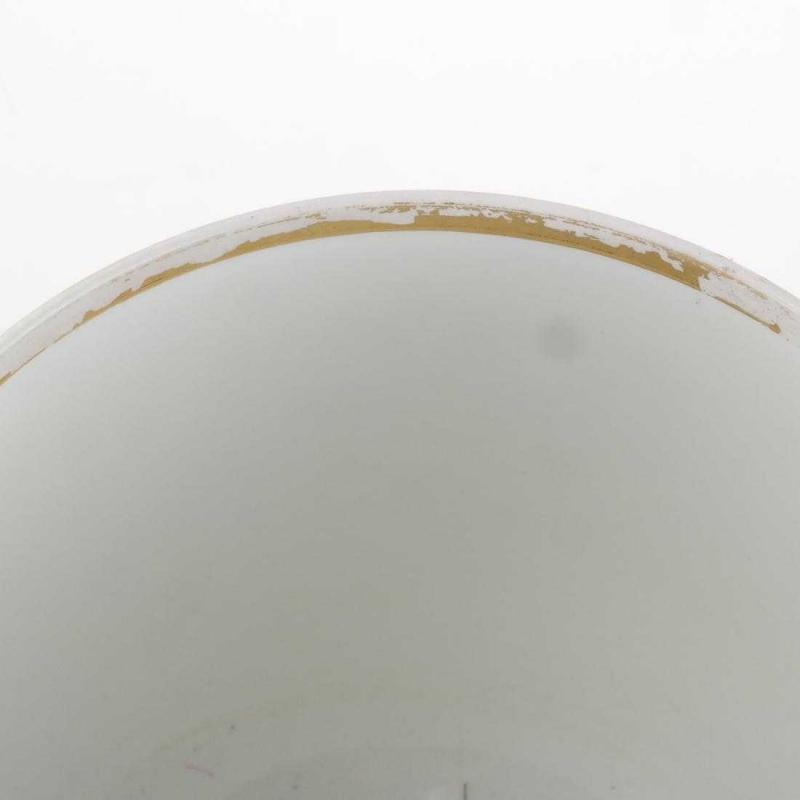 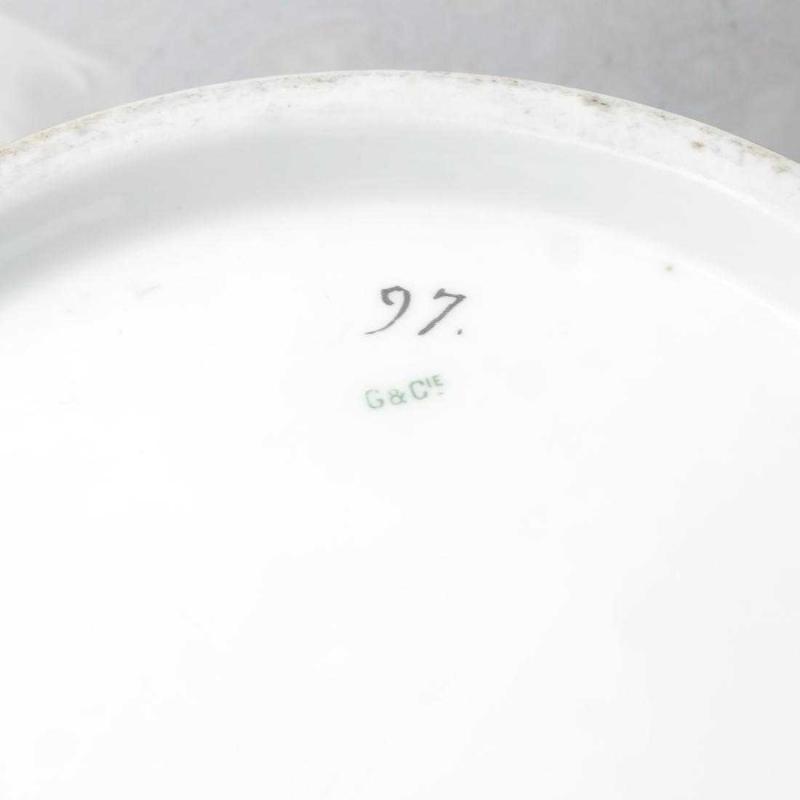 This fine porcelain cachepot from Gibus et Cie of Limoges, France, circa 1853-1870s, features the pate-sur-pate cameo figure of a maiden and cherub plus painted decorations and gilding.  Measures 7 3/4 in tall and 8 in in diameter.  Good condition.  There is obvious rubbing wear to the gilt decorations at the rim and along the base.  Stamped mark reads G&Cie with the style number 97.

The firm was founded by Pierre-Justin Gibus (1821-1897), Alpinien Margaine (1825-78) and Martial Redon in 1853 when they took over an existing hard paste porcelain factory in Limoges.  Gibus was in charge of the technical side while Margaine, who had been trained in fine arts, was responsible for design. The firm  made table services and ornamental wares, some of which were decorated at other factories, including Haviland. They exhibited in international exhibitions in Paris in 1855 where they won praise for the whiteness of their porcelain and the beauty of their designs.  The company became Gibus & Redon in the early 1870s and when Gibus retired in 1881, the firm was renamed Redon & Cie, sometimes exhibiting as le Maison Redon.  The firm's works can be found in many museum collections, including the Victoria and Albert Museum in London and Philadelphia Museum of Art.