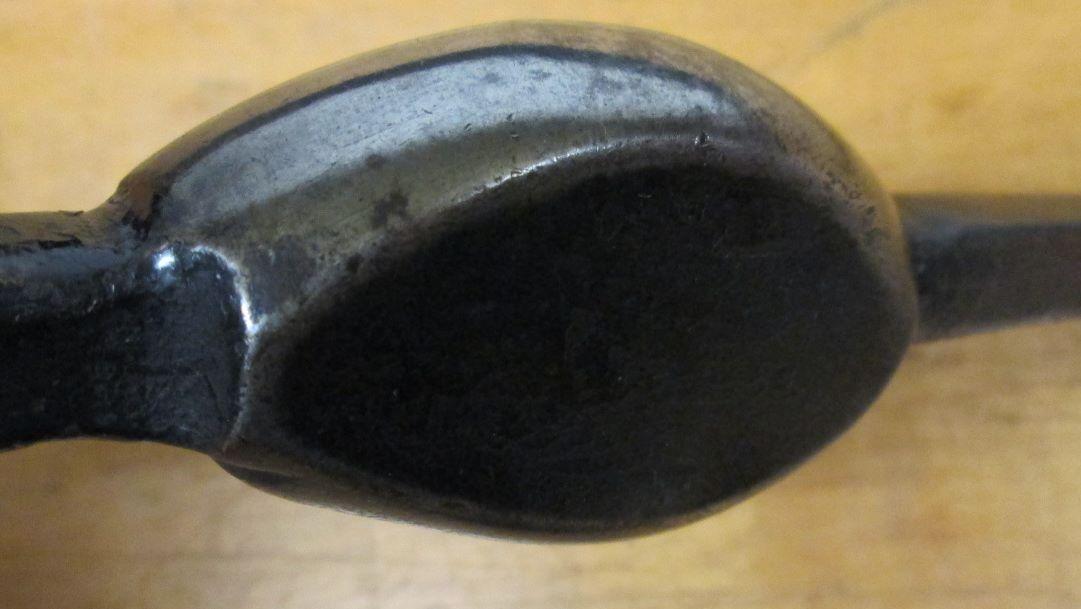 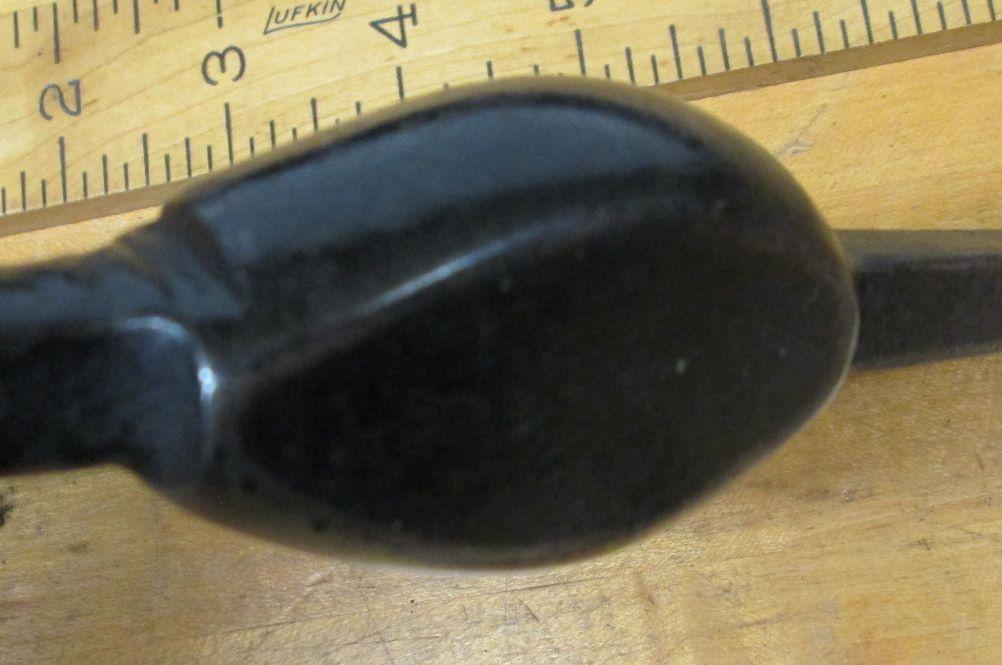 This is a rarely seen special purpose jeweler's anvil, with an unusual shape and size.  The center part of the anvil is hardened, and appears to have originally been Japanned, (Japanning is similar to paint, used in the later 1800's on many tools to reduce rust).  In this case, there are two tapered stems that appear to be made to have this anvil into a female socket of the same shape.  (A handle came with this tool when found, so I included it, but I believe this is designed to be an anvil attachment, or sometimes called a staking tool.).  The center part is 1.5 x 2.5" with sort of an oblong shape.  The staking posts are about 3/8" square near the center.  Overall, this tool is in very nice shape, no damage, no rust, unusual!