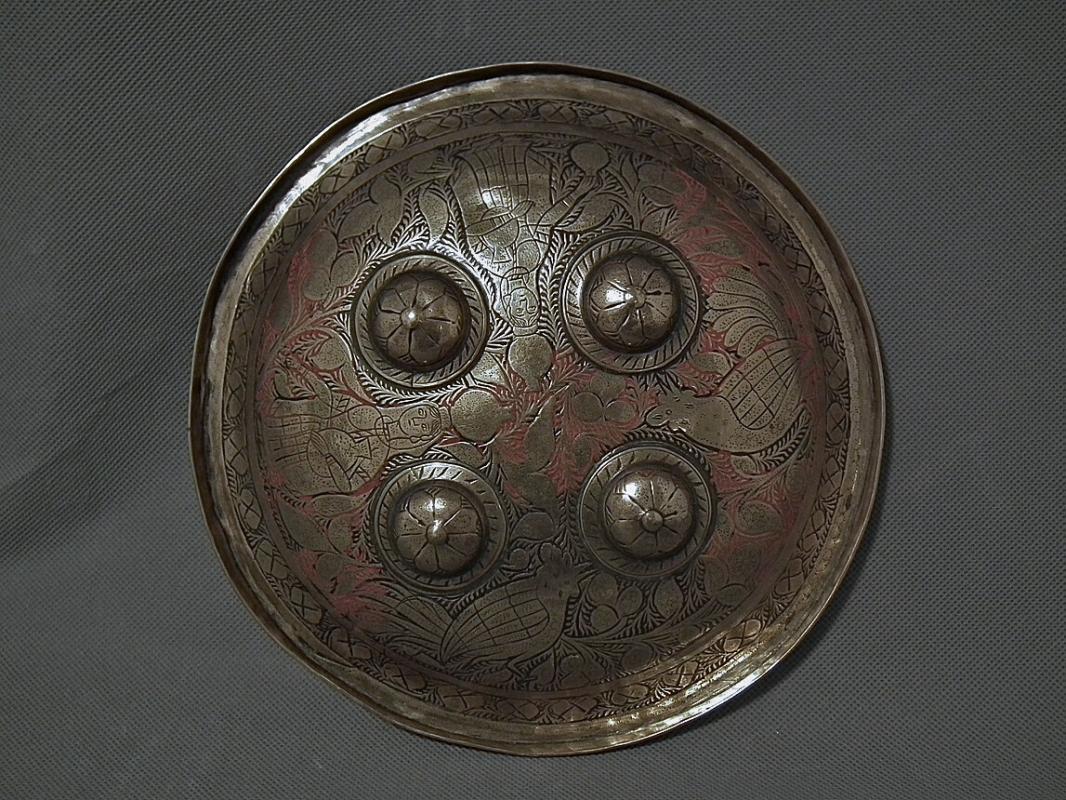 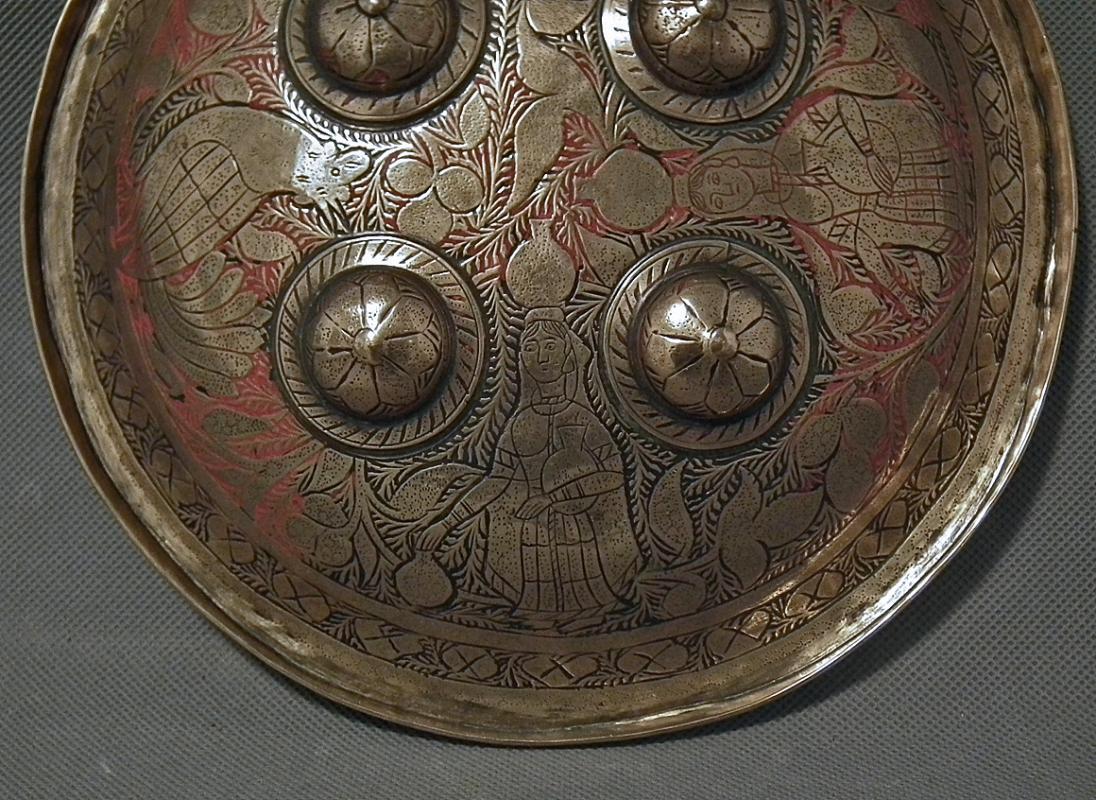 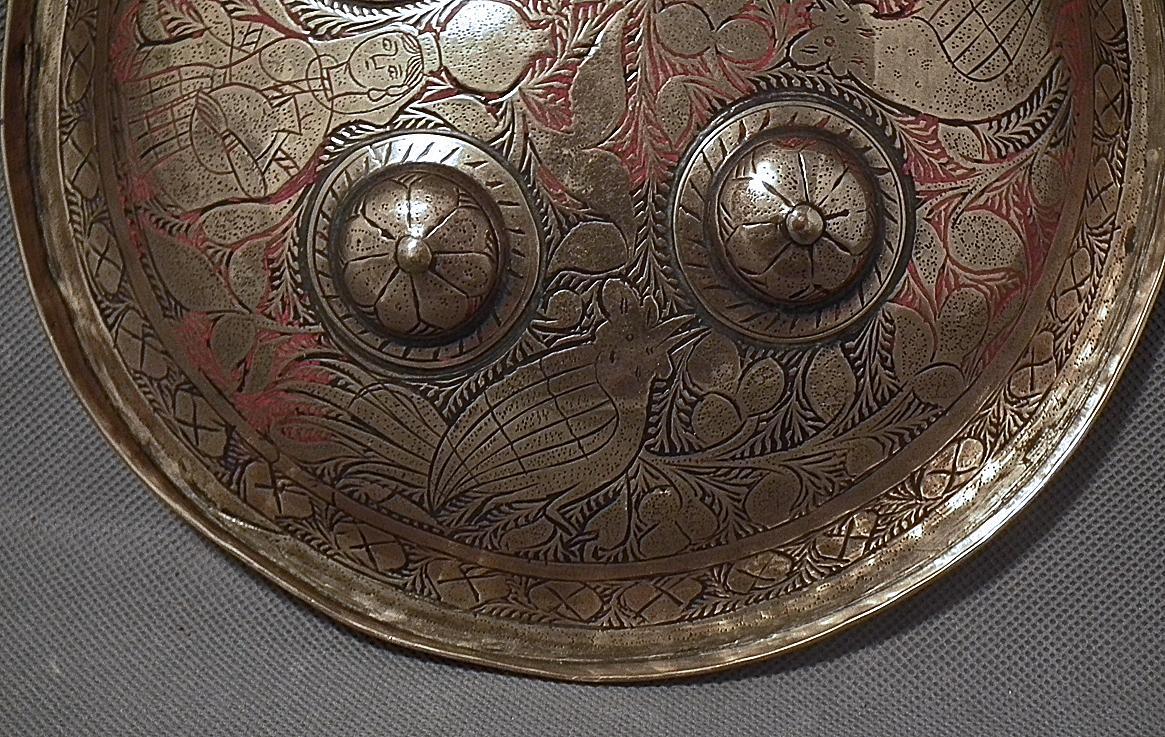 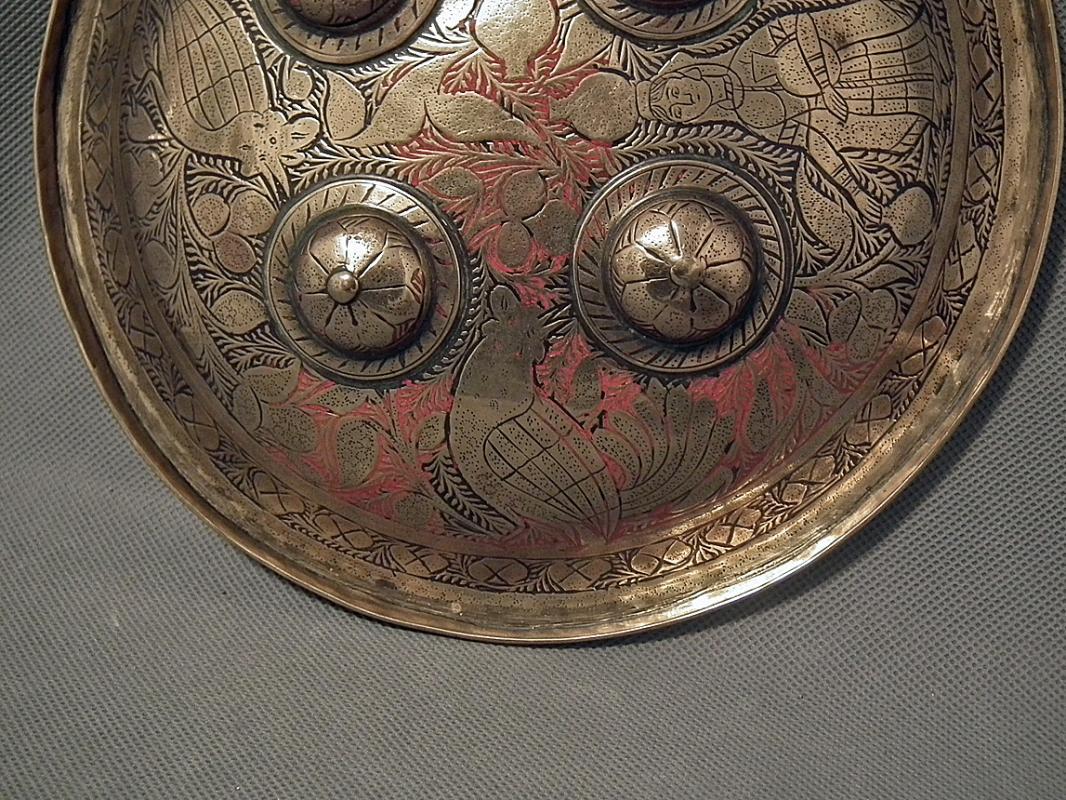 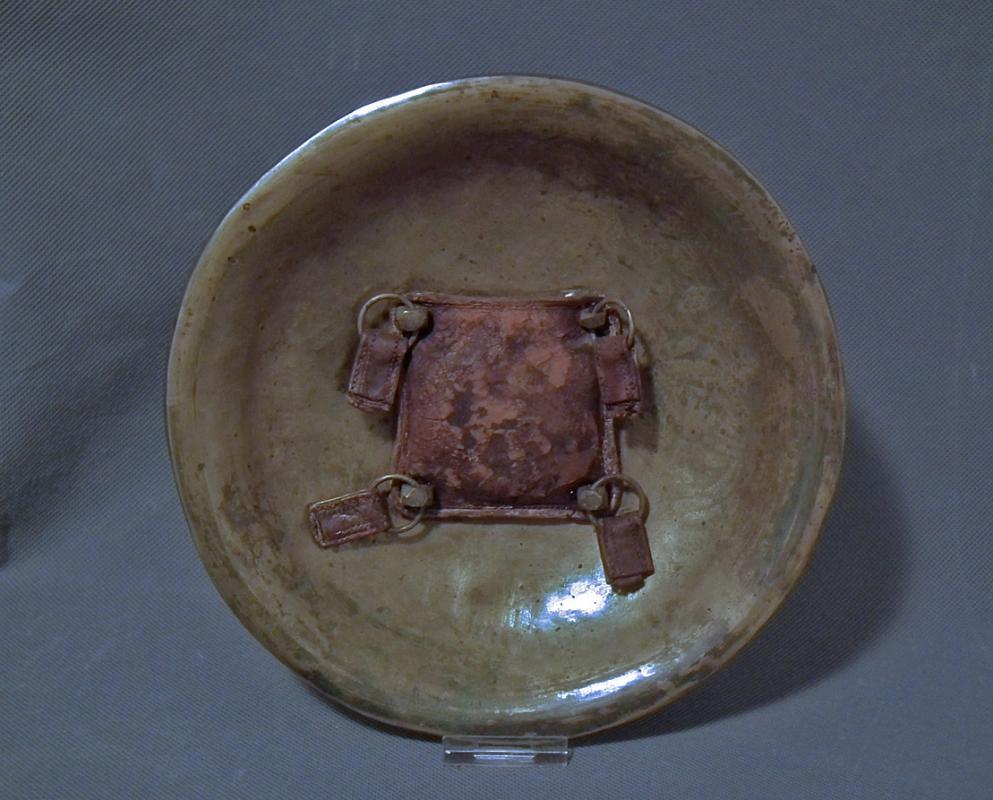 The center is set with four domed bosses, affixed on the reverse by a stuffed leather cushion, four ring bolts, and attached leather straps to hold the shield.

This type of small shield was used by northern Indian warriors in hand-to-hand combat during the 17-19th century, holding the shield in the left hand and the sword in the right hand.

A Gatka buckler was used as a companion weapon of traditional form for hand-to-hand combat throughout North India and Pakistan for centuries. Its small size made it useful in deflecting the blow of an opponent's sword, lightness and curved center helps maneuverability when dealing with the sword blades, excellent for deflecting attacking blades, and could be used to directly attack an opponent by punching with either its flat face, or, its rim, and was used to bind an opponent's sword hand and weapon as well as their buckler against their body. The buckler was also very useful in grappling, where it allowed an opponent's arms to be easily wrapped up and controlled.

The Gatka system was used to train soldiers in close-combat techniques and allowed soldiers to acquire sufficiently effective skills in hand-to-hand combat fighting. Historically it was used by the shock troops of the Sikh armies.

During the second half of the 19th century, these ancient Indian Combat Techniques had been transformed by Panjabi-Sikhs to the national martial arts shastara-vidiya- Gatka. The system of Gatka is also still practiced by the rural communities of India and Pakistan today.

The buyer will be provided with a copy of the pages from the mentioned references together with a certificate of authenticity.

CONDITION: It is in good condition for its age, showing age and usage, rim slightly dented, evidently from combat, parts of the leather straps missing.

Due to the shiny surface of the shield, it is difficult to photograph. The pictures do not show the exquisite details of the chiseled patterns.