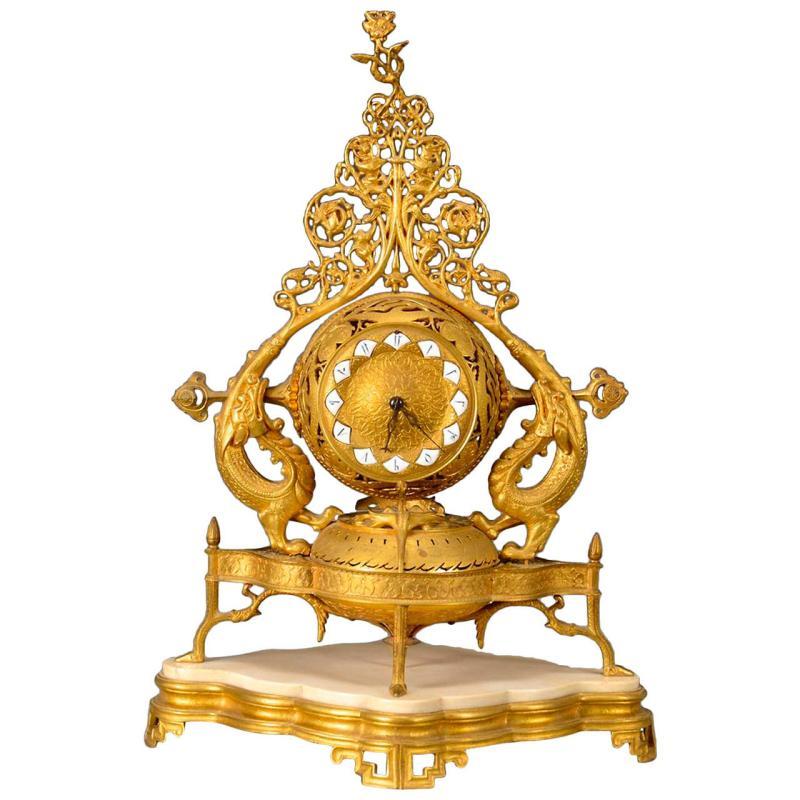 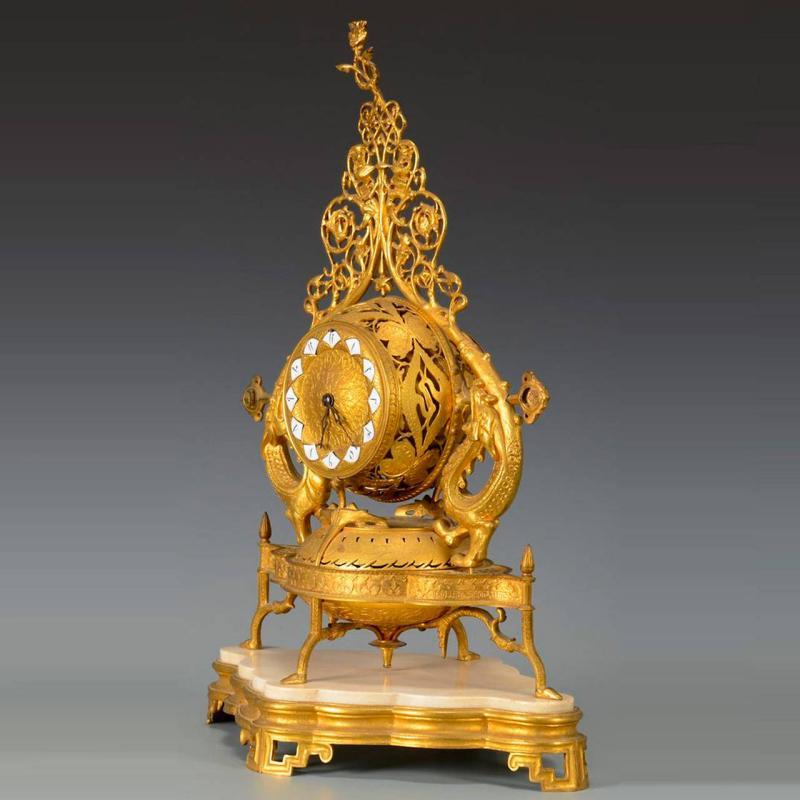 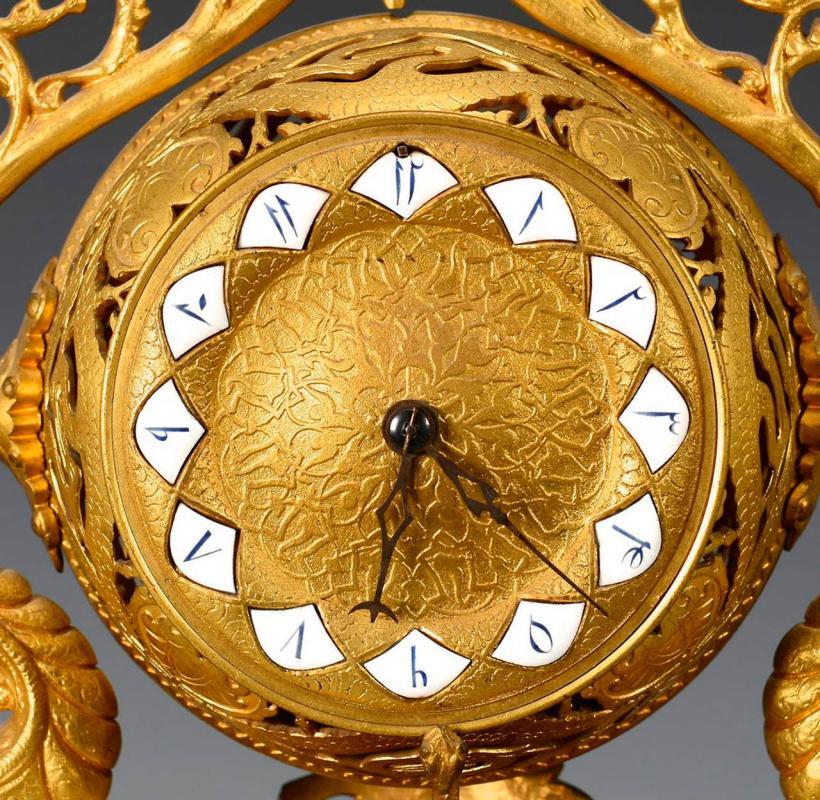 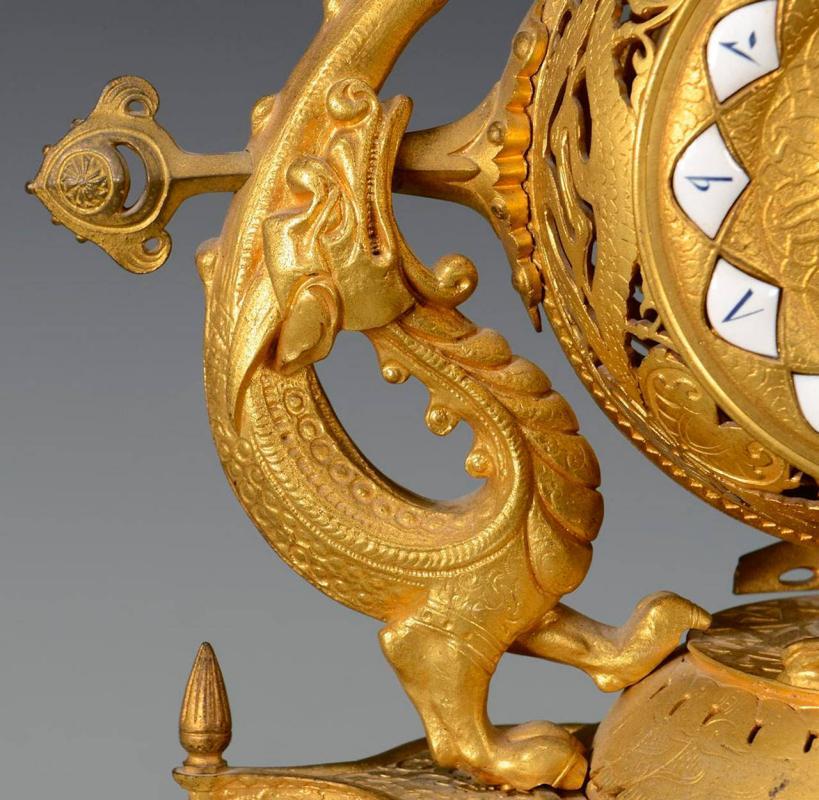 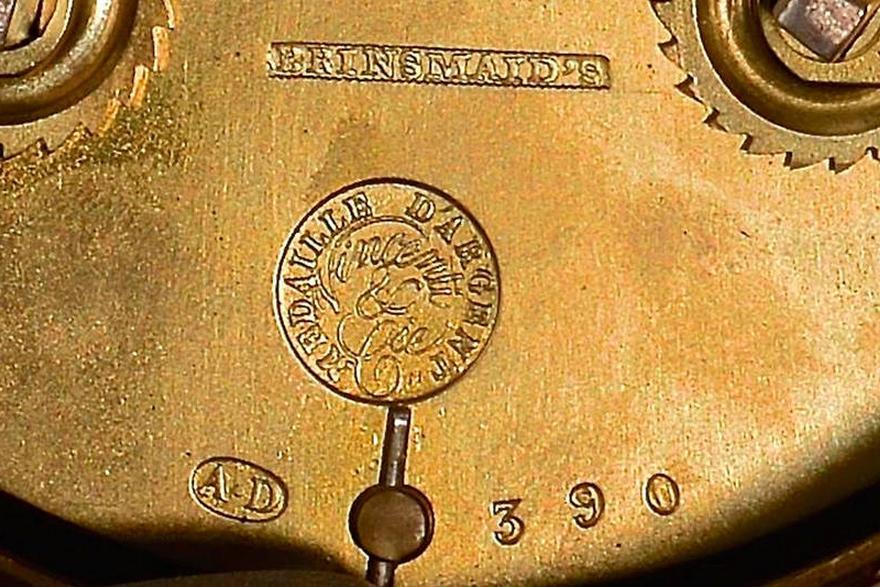 Our stunning gilt bronze mantel clock in the English George III, oriental-inspired Chippendale style, is an exceptional work after the original clock by Adolphe-Victor Geoffroy (1816-1892), known as Geoffroy-Dechaume, said to be his "Persane" (Persian) design, designed for the bronzier, delaFontaine, during the reign of Napoleon III, circa 1855. It features a white marble stretcher on lattice-form feet, with terrace above with the figures of dragons whose tails support a reticulated clock case with face with white porcelain painted with Arabic numerals, and surmounted by elaborate arabesques. Frieze of the terrace carries the cast signature of its designer, GEOFFROY-DECHAUME.  Movement by Vincent et Cie of Paris.  Inscription on movement reads Medaille d' Argent, Vincent & Cie, and Brinsmaid's with the number 390. Measures 17.25 x 12 x 6 in; 44 x 30 x 15 cm.

Overall condition is very good, but unfortunately, someone recently stole the clock hands. We are sourcing replacements in a similar style.

For a similar clock, see lot 342 of Sotheby's sale in Paris on May 5, 2015, offered with an estimate of 10,000-15,000 euro. According to the lot notes, the artist provided Delafontaine a drawing of the clock in 1852, and an example of the clock was exhibited at the Universelle Exposition of 1855 in Paris.

The movement was purchased by the Brinsmaid family of silversmiths and jewelry makers for sale in their store.  The family dates back to the late 18th century in the U.S., first settling in New England and then moving to the midwest in the 19th century where they pioneered the department store concept. The family moved back east in the 20th century and descendents of the family recently closed their jewelry store in New Canaan, Connecticut.