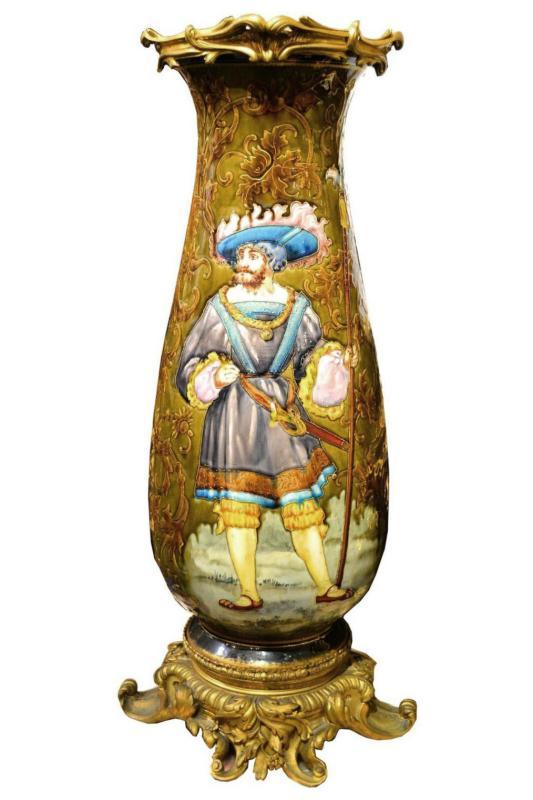 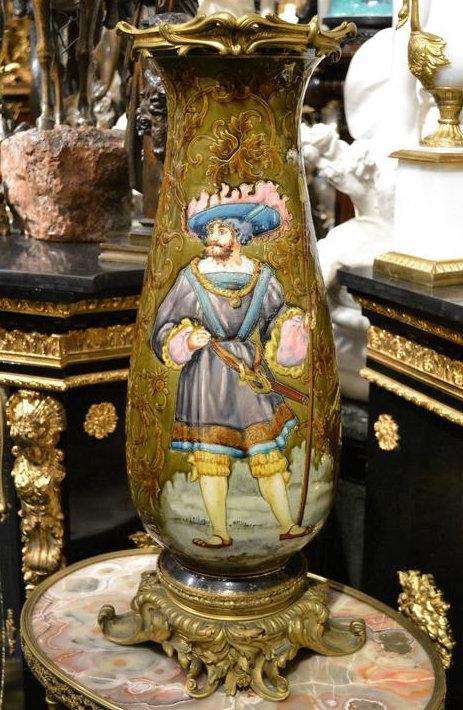 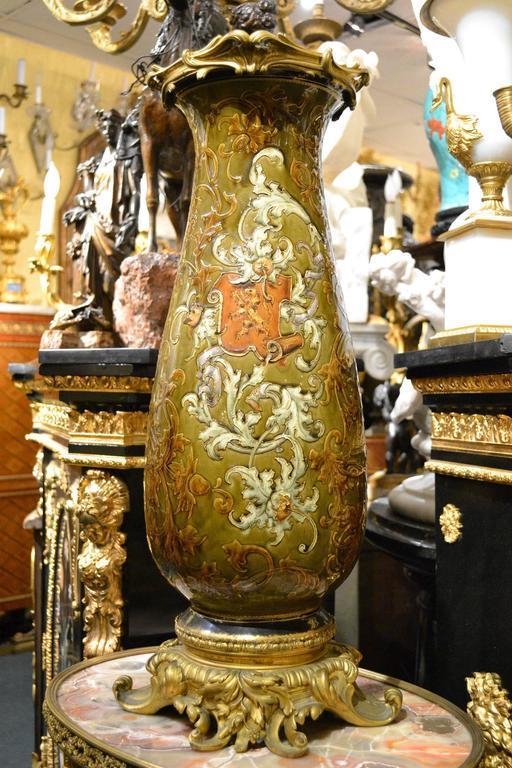 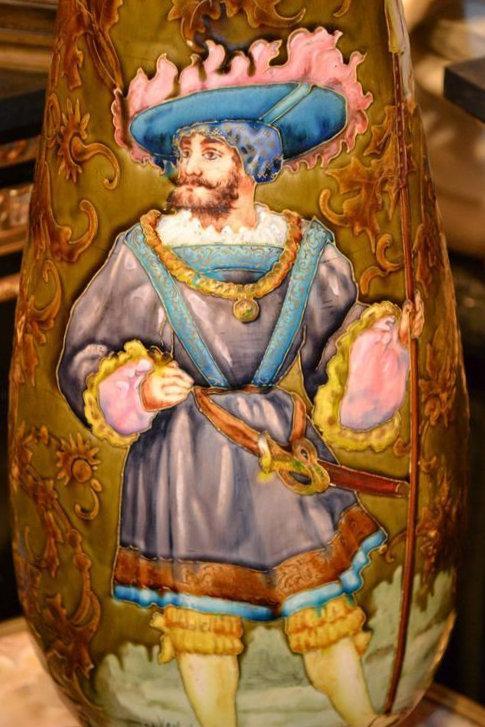 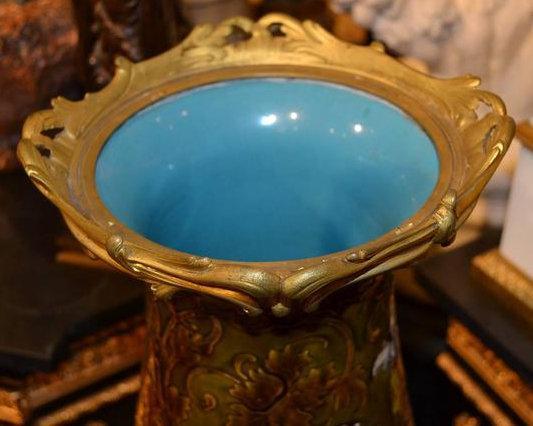 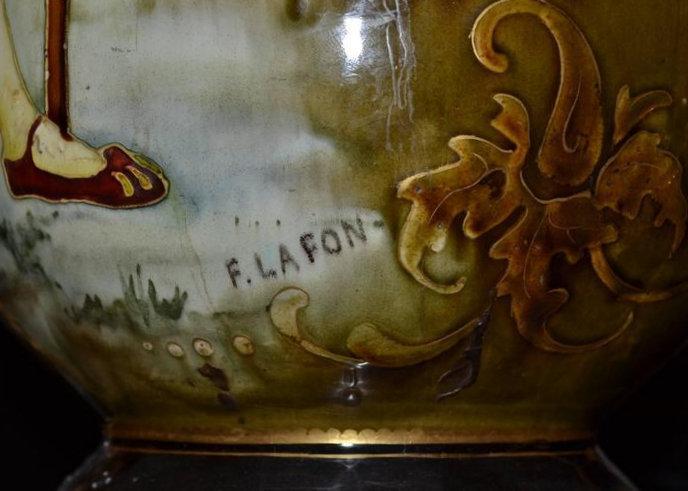 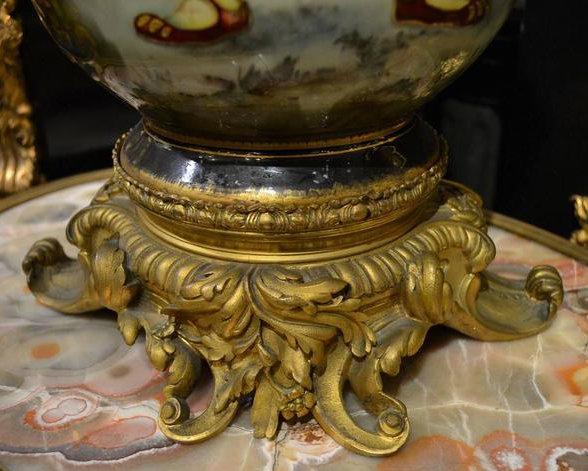 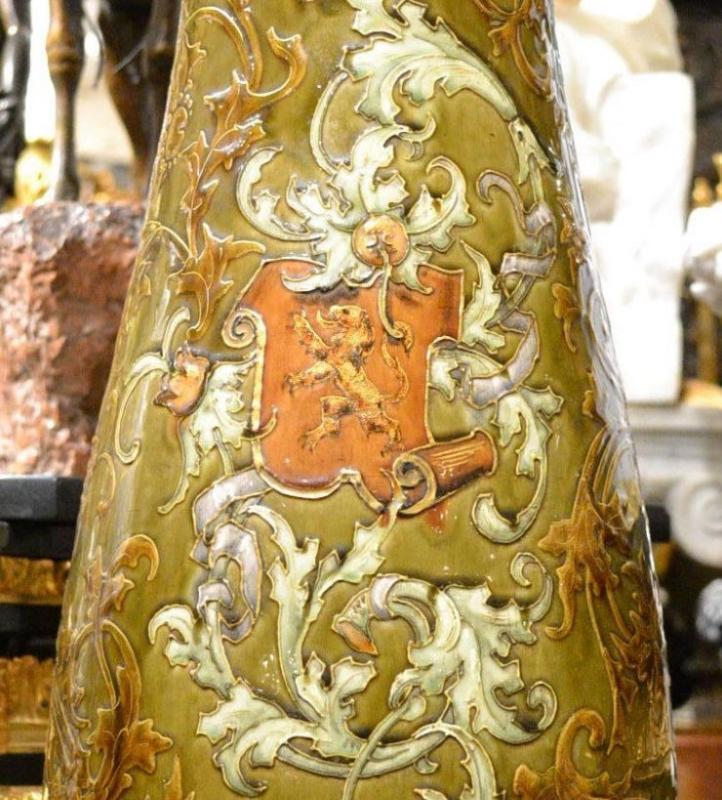 This wonderful and very large majolica vase measuring 26 x 12 x 9 in (66 x 30 x 23 cm) features brilliant enameled decorations depicting a cavalier, and on reverse a gold lion rampant on orange banner in the Dutch style, plus foliate Louis XV style bronze mounts at rim and base.  Signed F LAFON, apparently after the French portraitist and genre painter, Francois Lafon (1846-1903).  Condition is very good. There is rubbing and oxidation to the bronze surfaces, consistent with age, scratches and nicks and some visible hairlines.

Lafon made his debut at the Salon de Paris in 1875 and was a member of the Société Nationale des Beaux-Arts.  He is known for his historical and genre scenes and portraits, completed in a romantic style.  His works are found in numerous museums across France and elsewhere, including those in Saint Brieuc, Rouen and Perigueux, and his paintings have appeared at major auctions in the U.S. and in Europe.