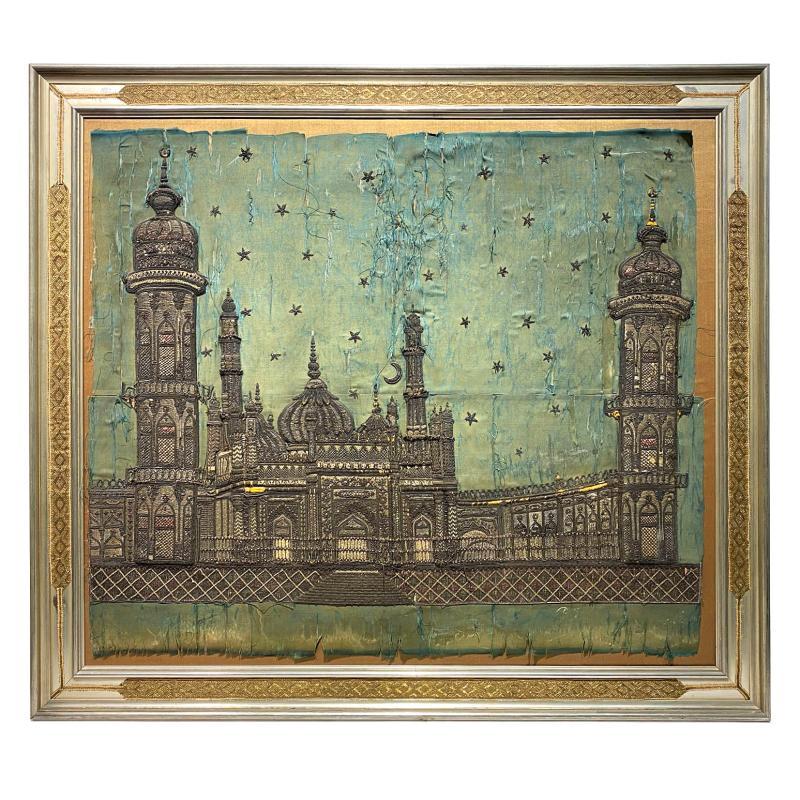 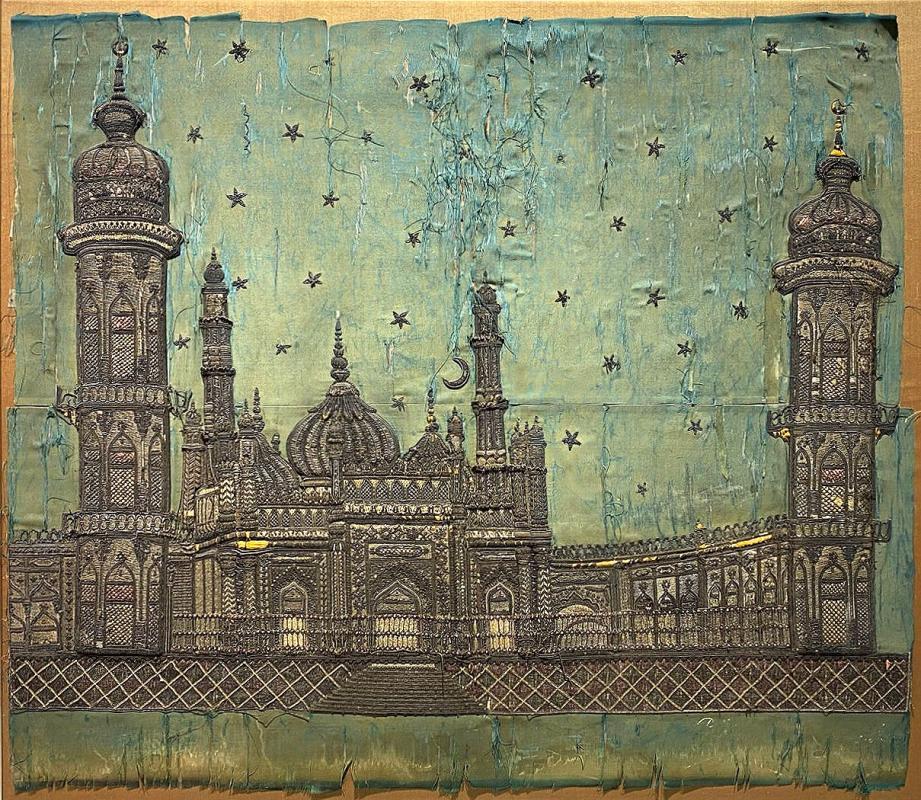 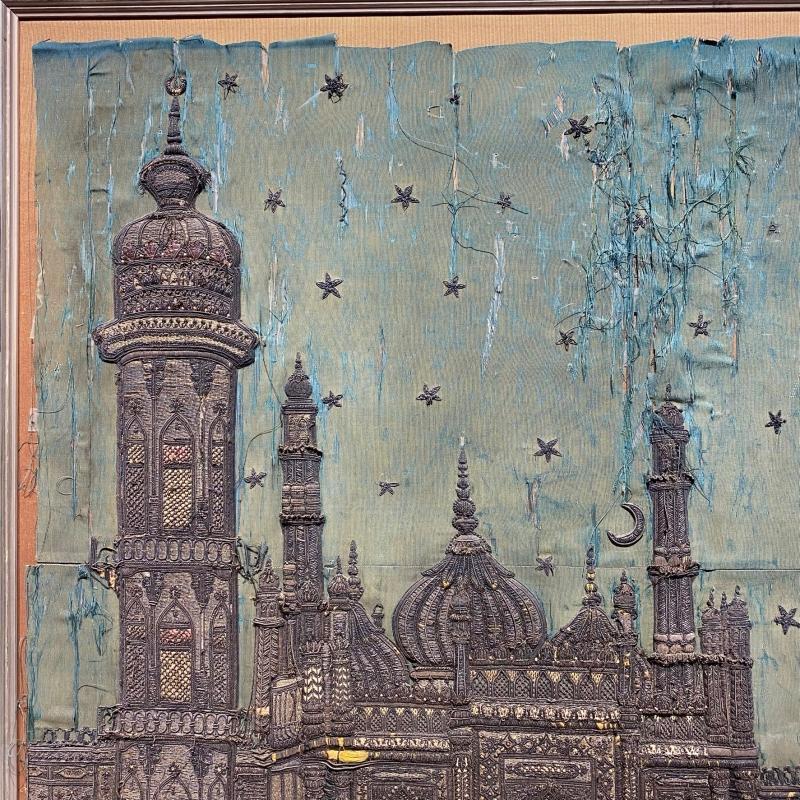 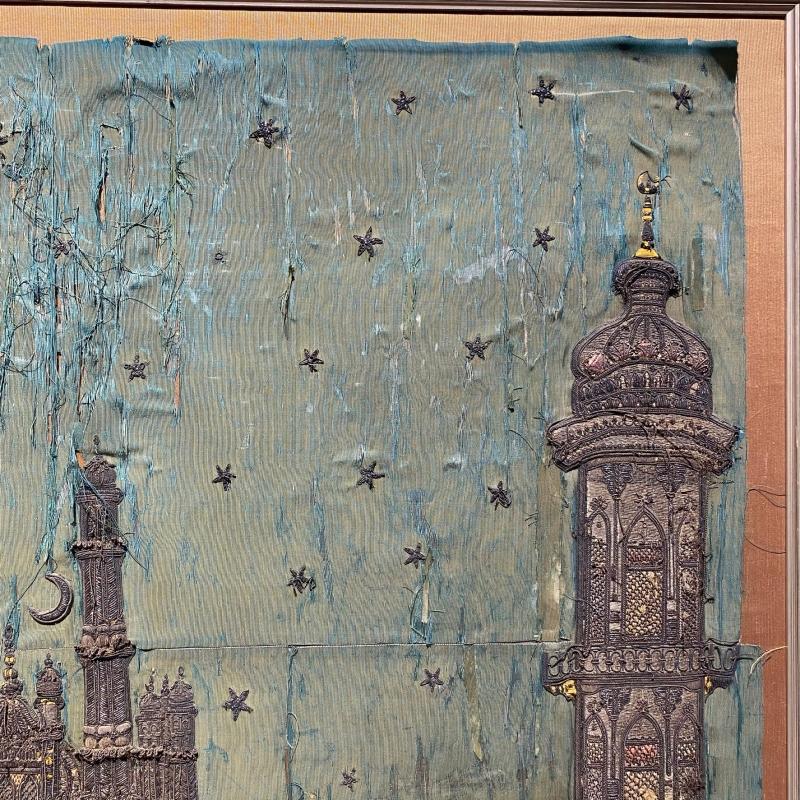 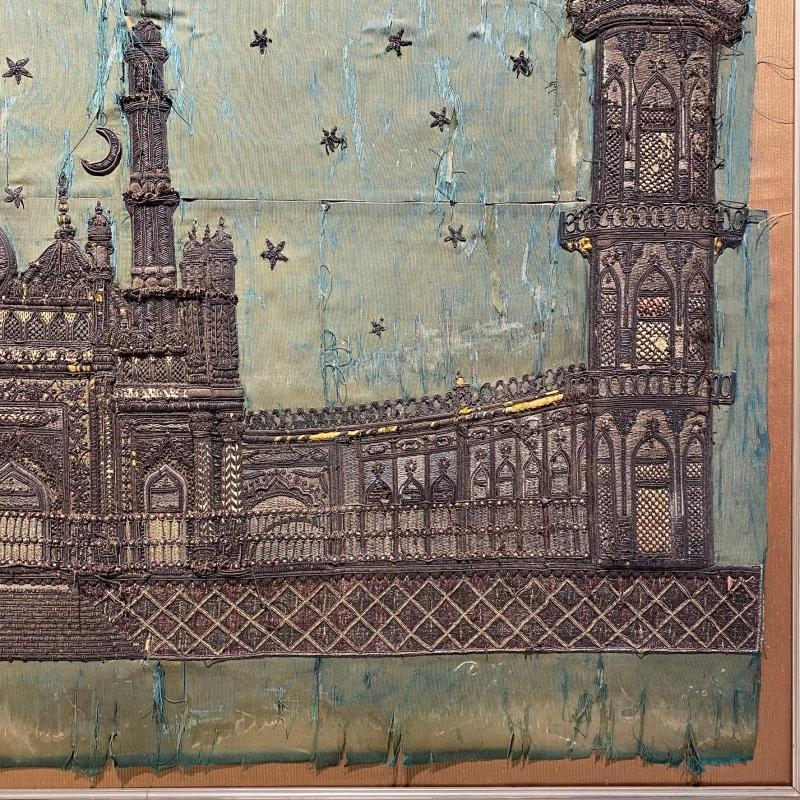 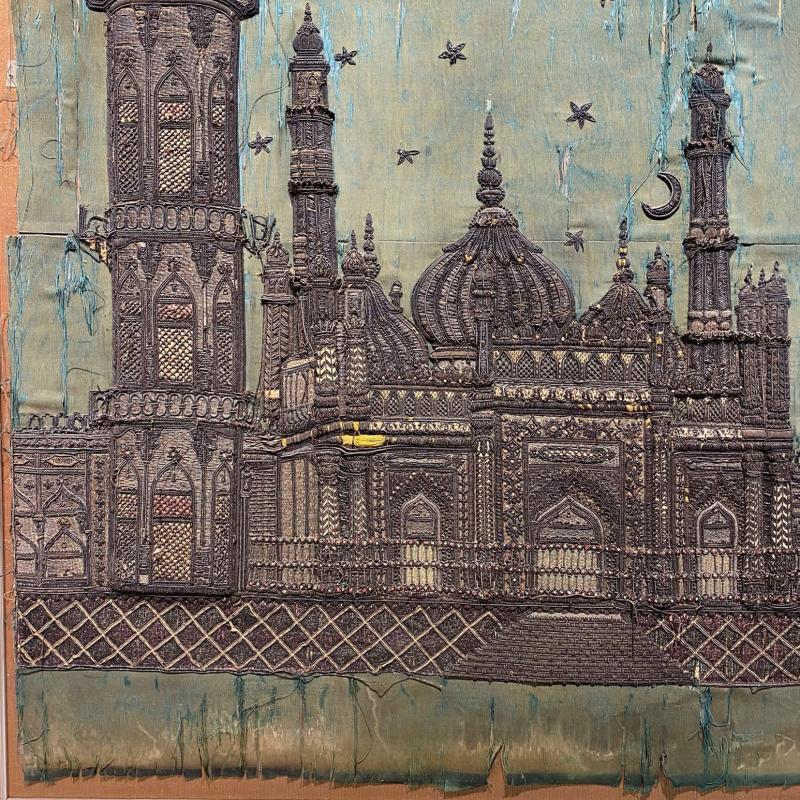 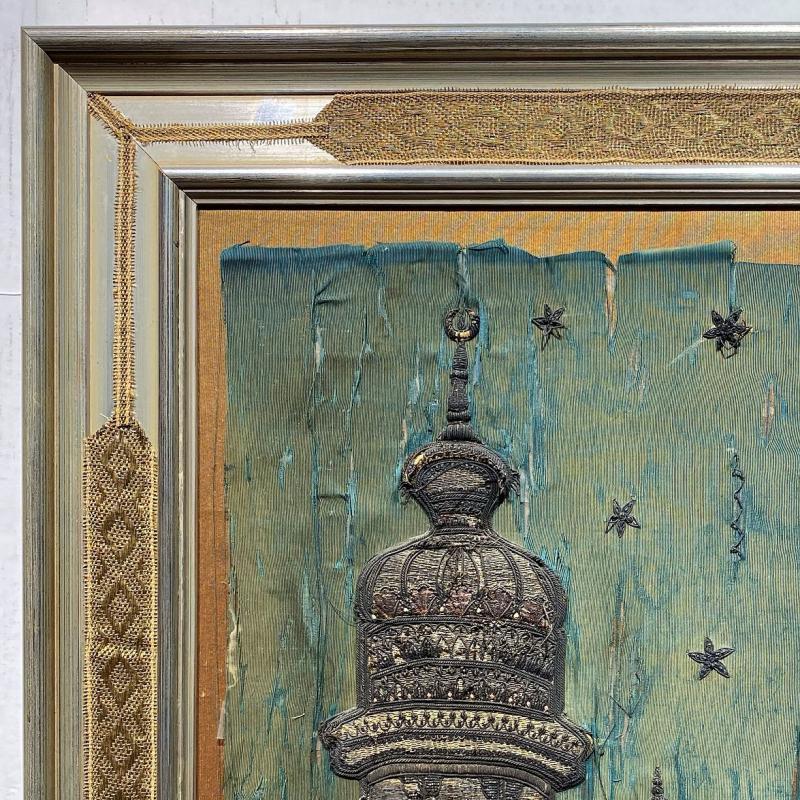 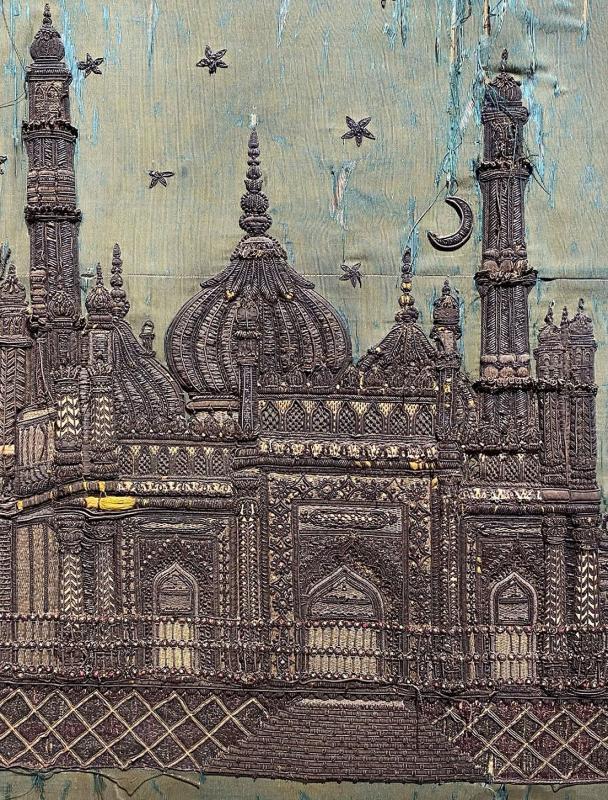 Our antique silk and silver thread needlework picture depicting a beautiful mosque dates from the 18th to 19th century and is mounted in a 20th century frame wilt silver gilt finish measuring 45.5 by 40.5 inches.

The mosque is most certainly Indian, given its rounded, bulbous domes and raised, open courtyard, elements of Indian mosque designs that strayed from the architectural designs in Arabia and Persia.  The mosque bears resemblence to the lovely Asafi Mosque in Lucknow, India, with three domes, pair of minarets, raised on steps above a vast garden.