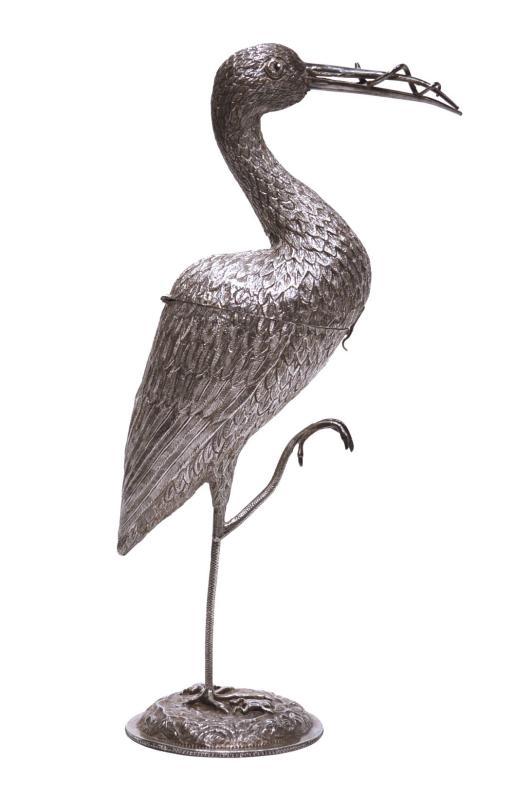 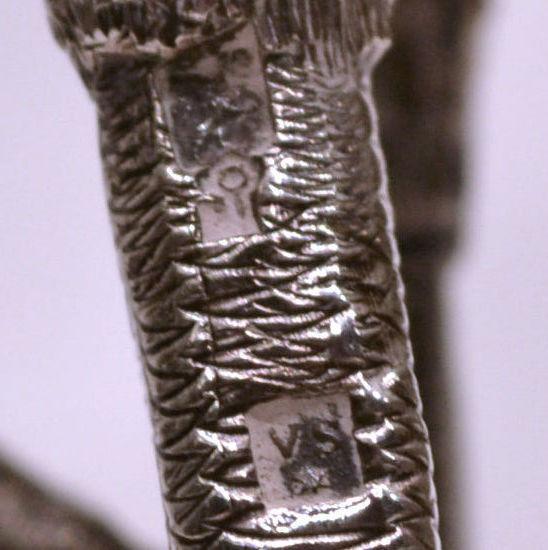 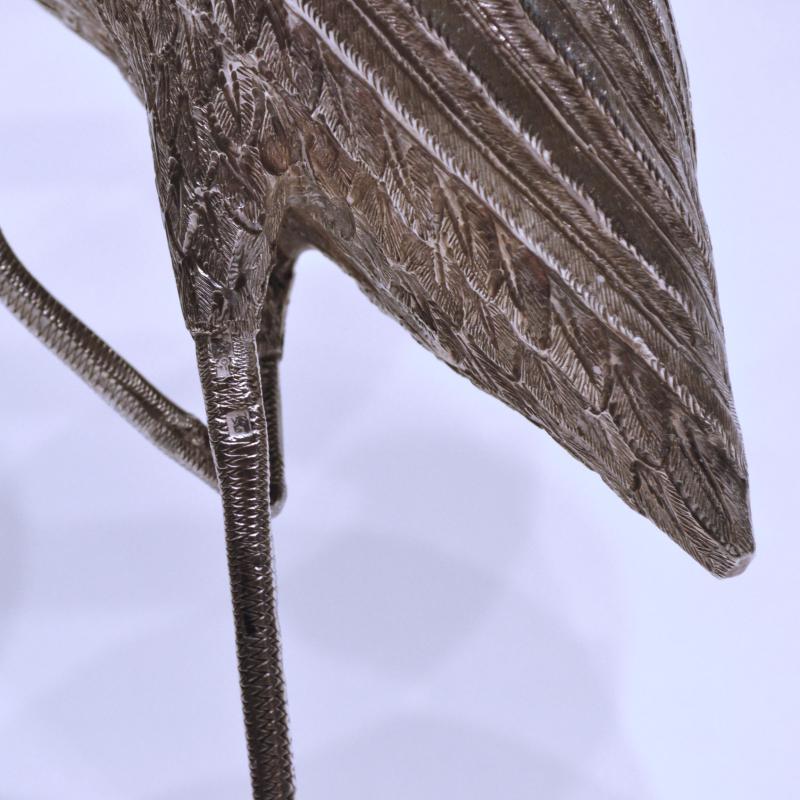 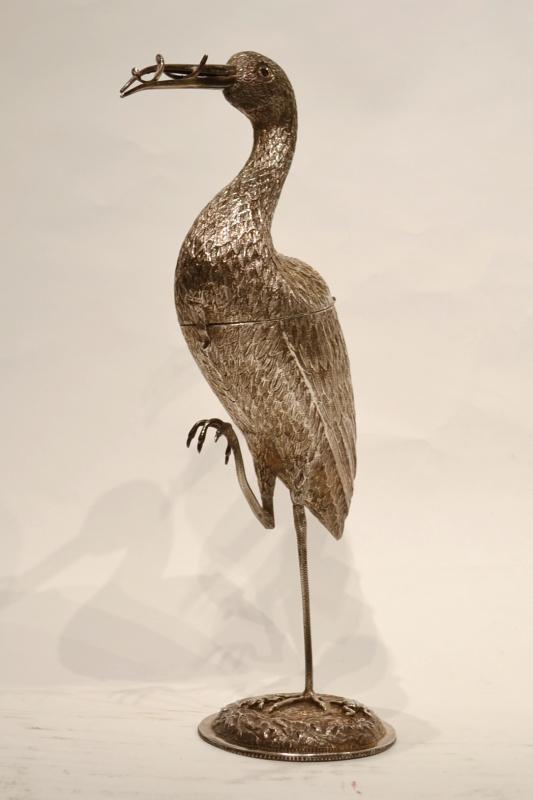 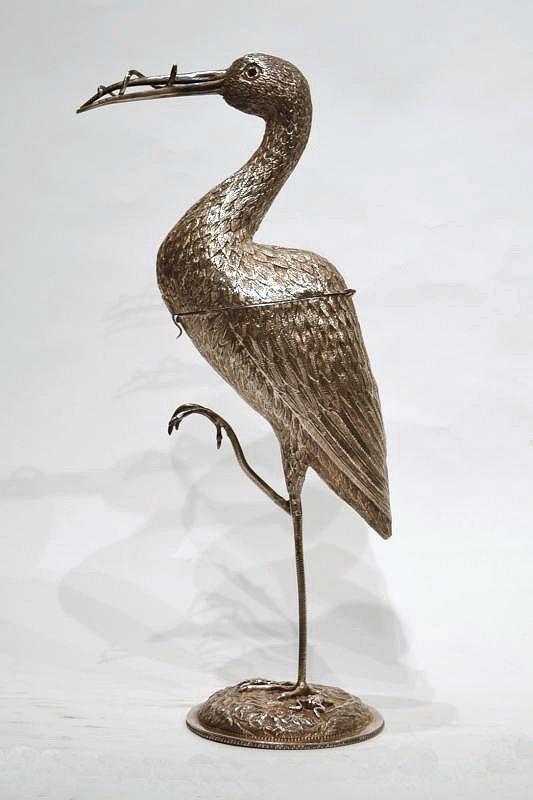 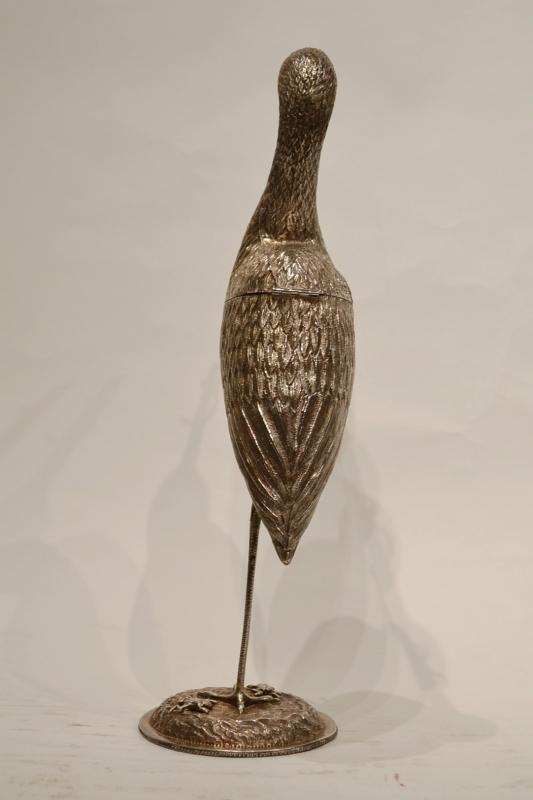 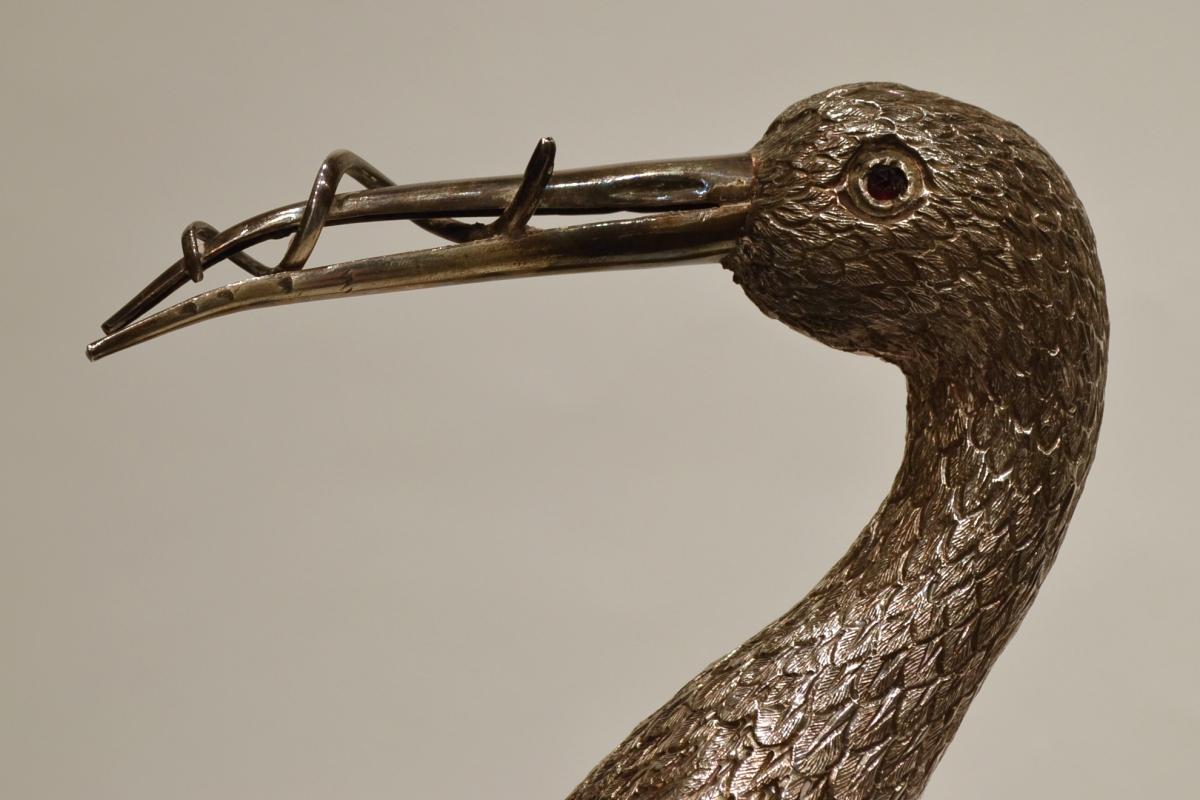 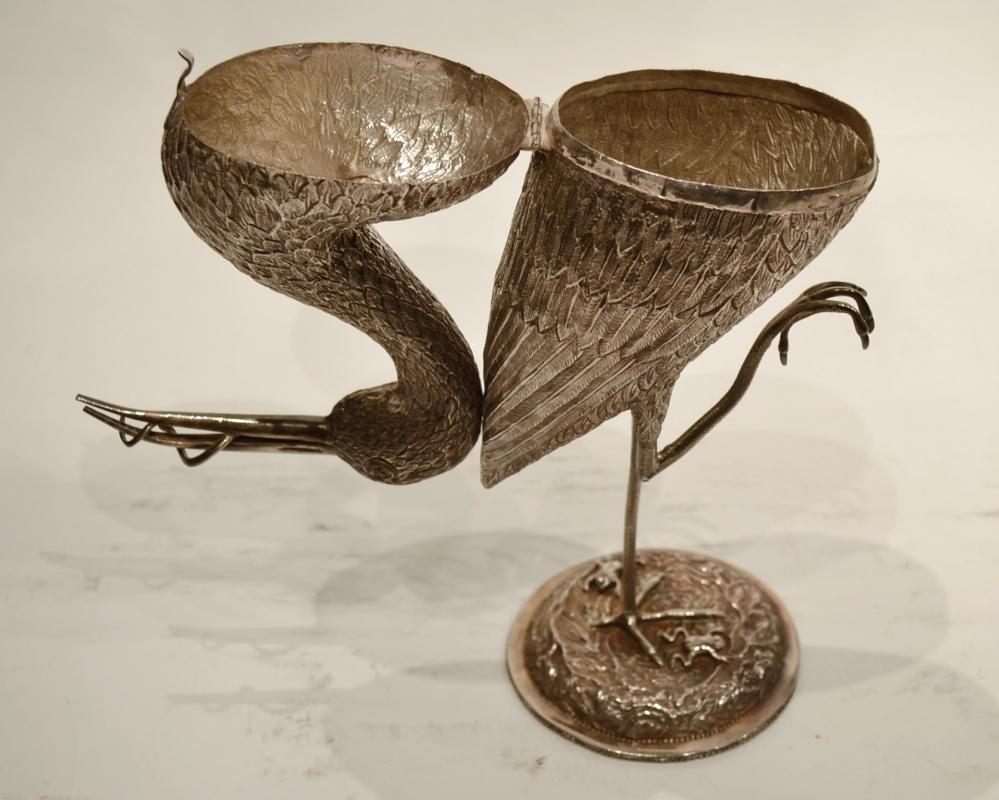 Our Dutch silver table ornament, likely designed to store spices, features red glass or garnet stone eyes and  generous storage. It measures 15.25 by 7 by 4.25 inches and weighs approximately 17 oz (15.5 troy oz.). In good condition, with a fair degree of tarnish. On the rear of one leg are three marks, including maker's mark showing letter VS above star, a lion rampant in shield indicating silver purity of .934, and mark of a key which was the Dutch export mark. The maker is believed to be Johannes van Straten of Hoorn. The firm is said to have operated under the trade name Gebruder (Brothers) van Straten in the 1880s and 1890s in Hoorn. The firm specialized in three-dimensional miniatures and their works have regularly brought impressive prices at major auction and can be found in museums across Europe. The firm was said to operate from 1869 to 1919 when it was absorbed by Van Kempen.