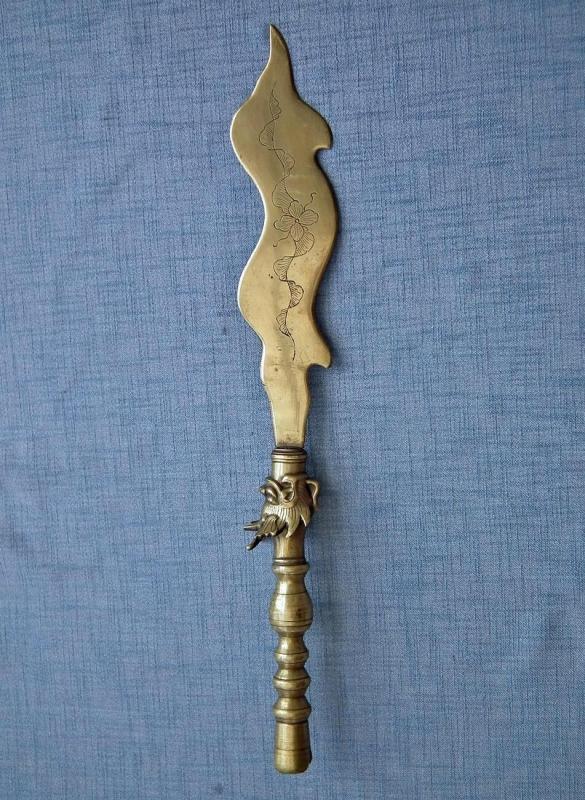 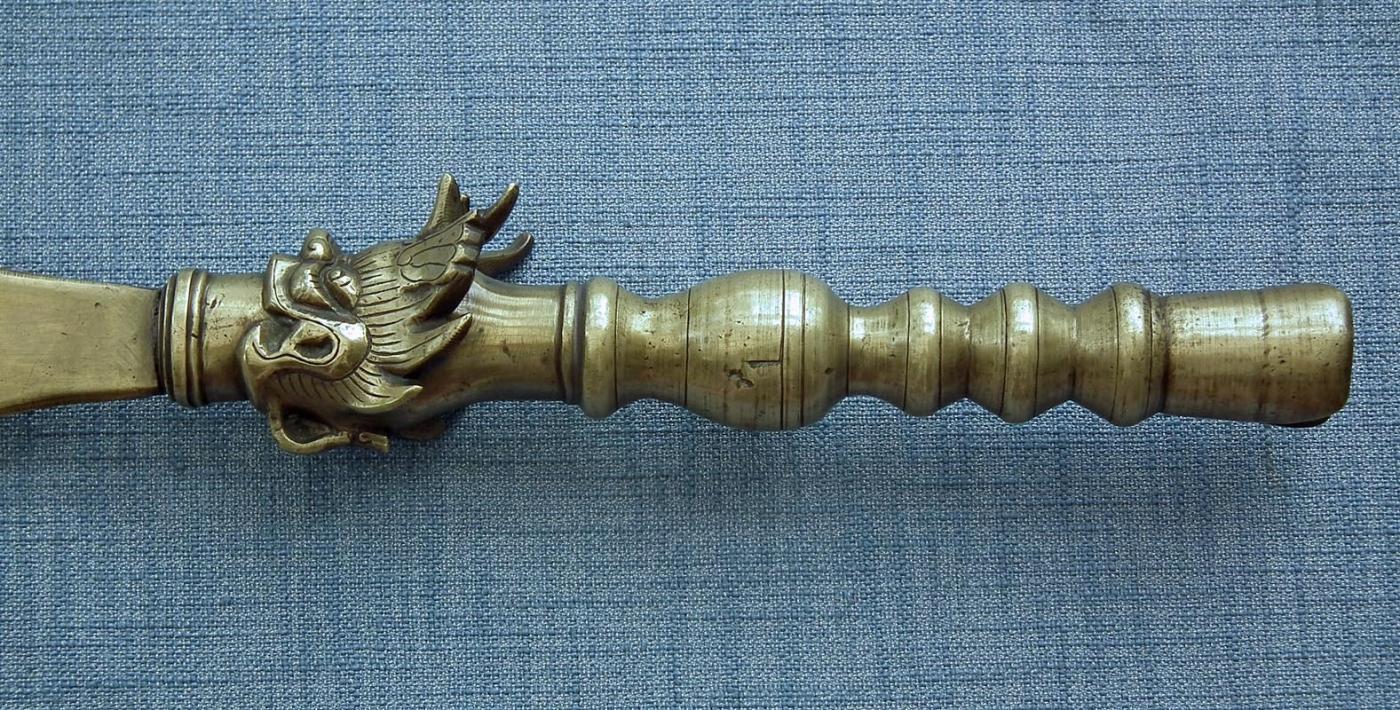 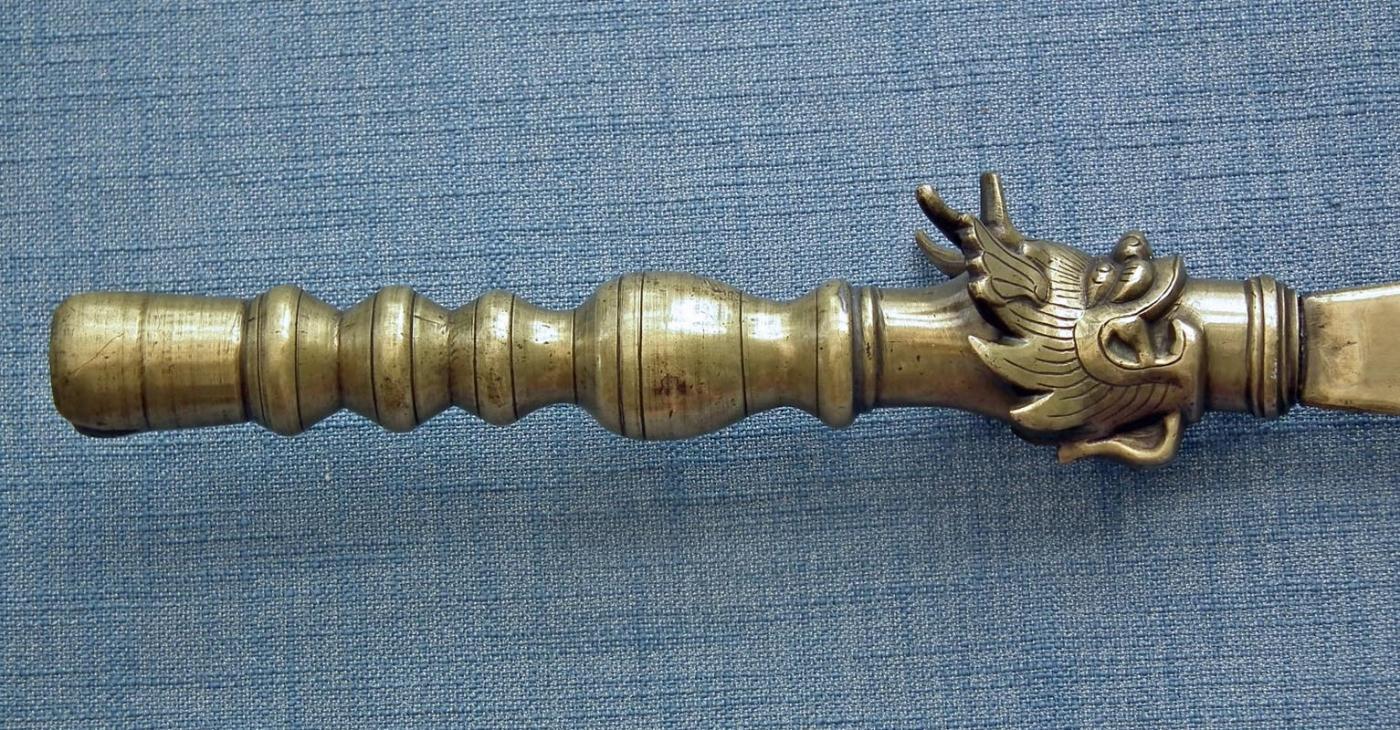 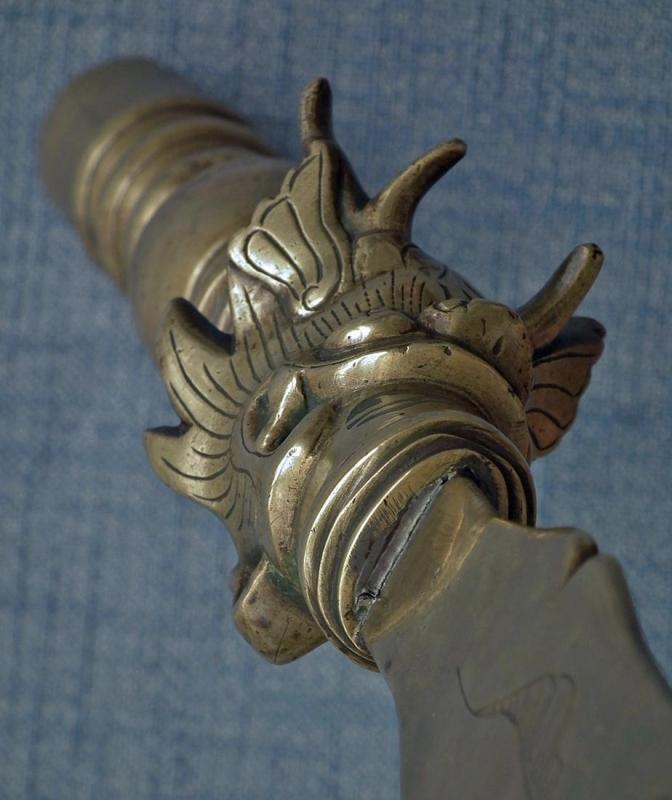 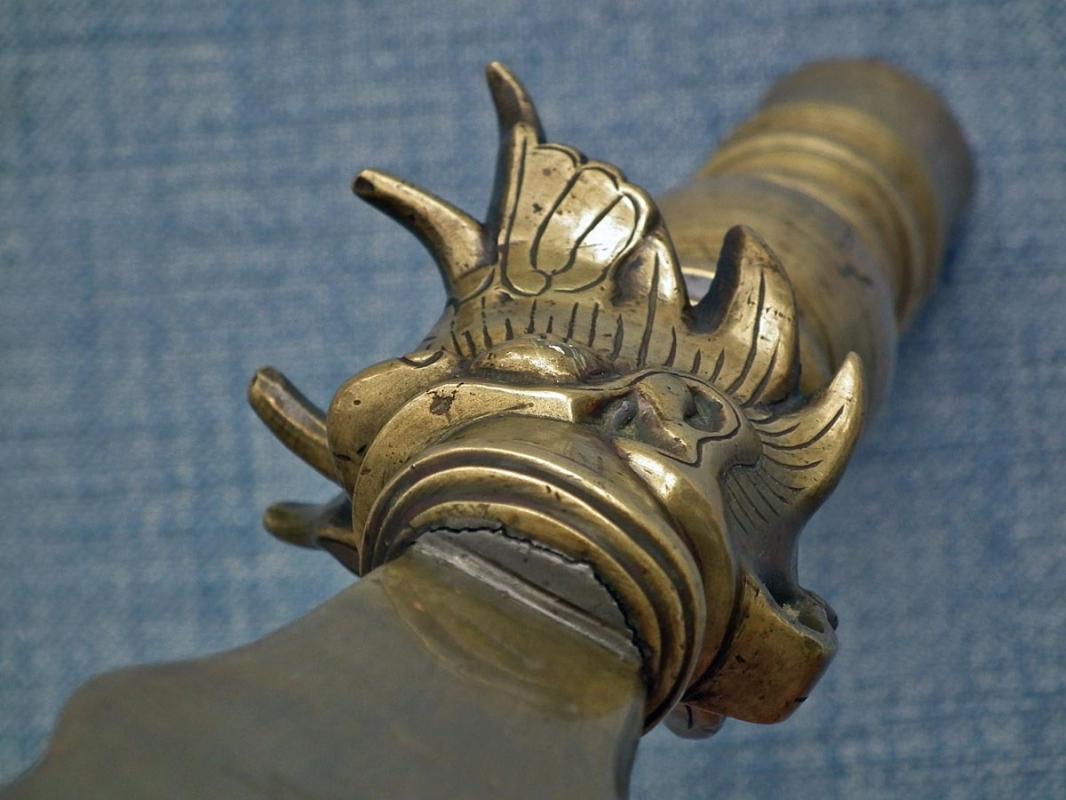 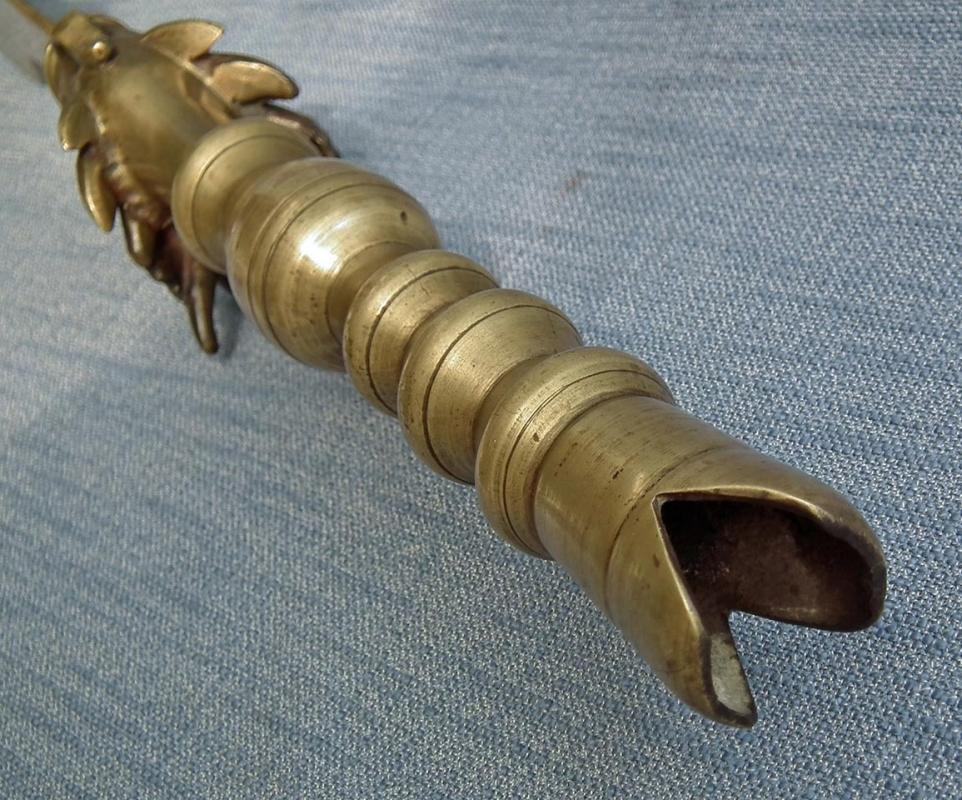 Antique, Chinese, Qing dynasty period (1644 -1912) large bronze processional elaborate polearm with a glaive head made of several separate bronze elements joined together.
A large, handmade, central undulating blade chiseled with a floral design is inserted and secured with solder in an elaborate socket.
The socket comprises two elements: a turned-on lathe baluster shape socket and the cast and hand-chiseled finial in the shape of a horned Qiulong dragon, connected together and secured with solder.
MEASUREMENTS: Overall length: 69.5 cm. (27.36 inches)
CONDITION: In good condition considering its age to be over 100 years, showing its age and usage.
WEIGHT: 1.680 kg (3.7 Pounds)

During the Qing dynasty, people who held a high office were often accompanied by an entourage, carrying a diversity of traditional Chinese arms as emblems of their rank and power. It is a tradition that goes back a long time, and originally these men were probably actual guards.
When firearms had taken a more prominent role in warfare in the late Qing dynasty, these arms were often purely ceremonial pieces. They could be made of painted wood, pewter, brass, or bronze.