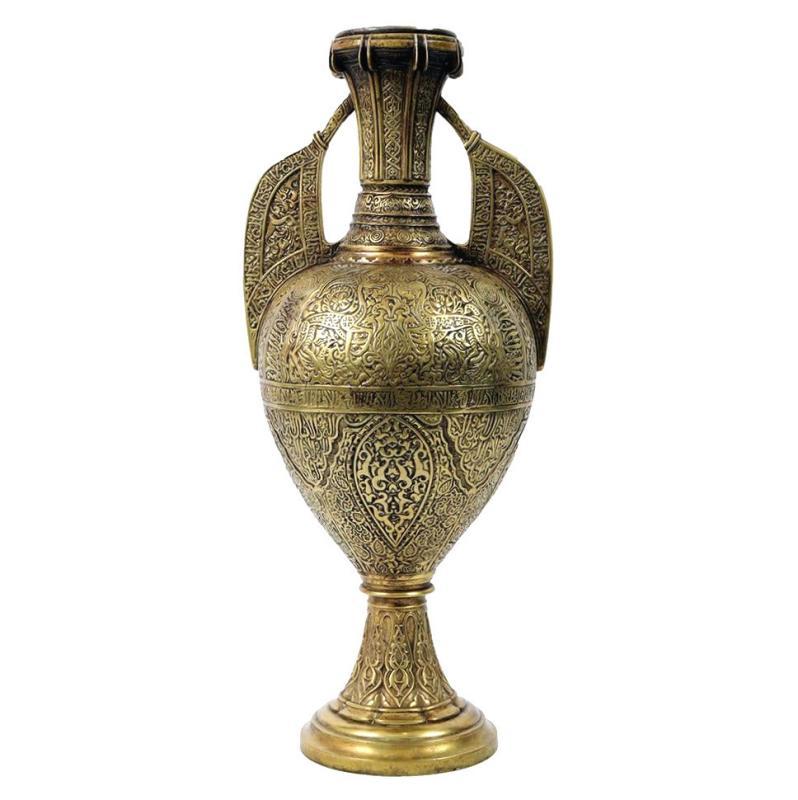 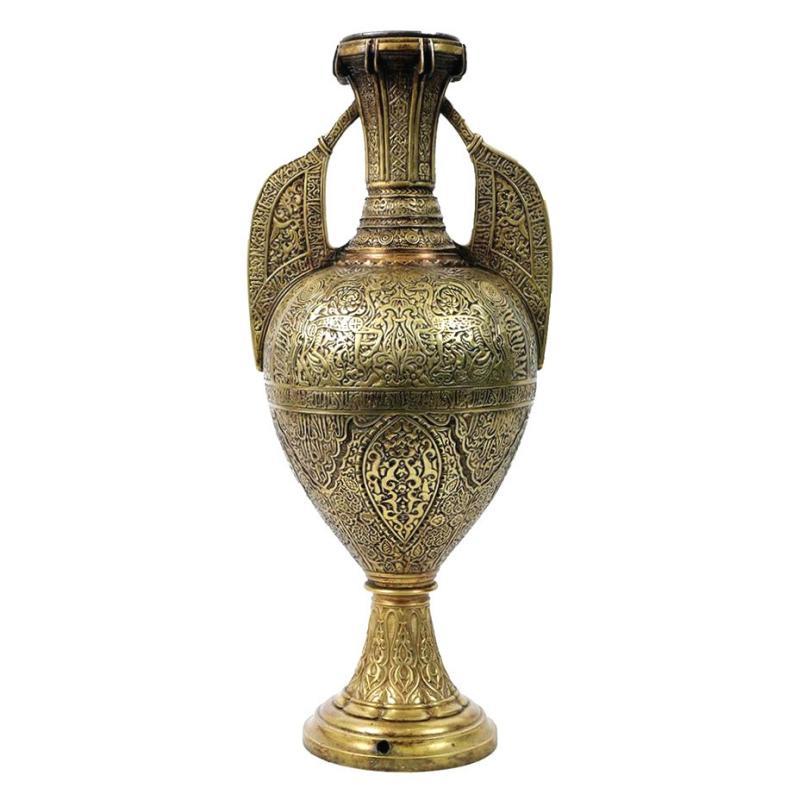 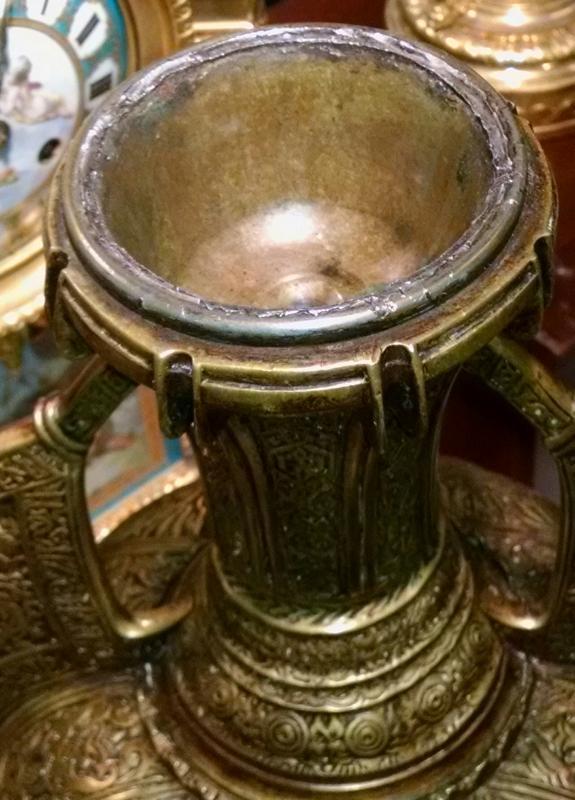 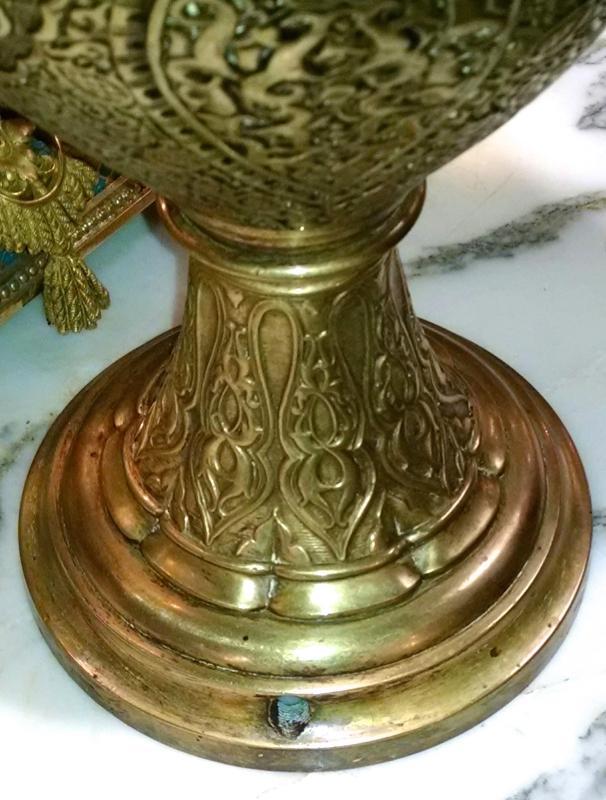 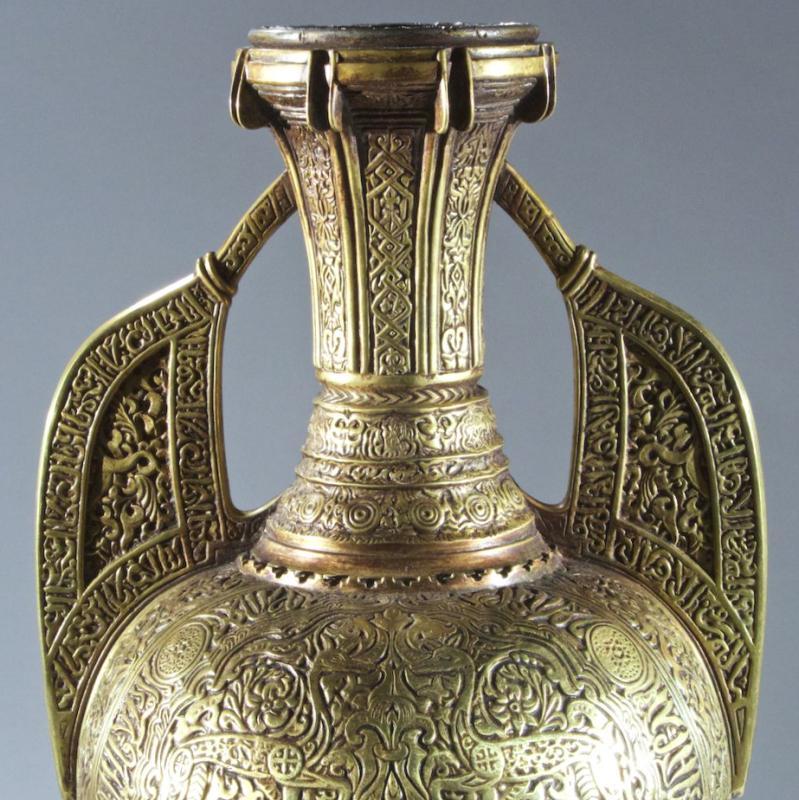 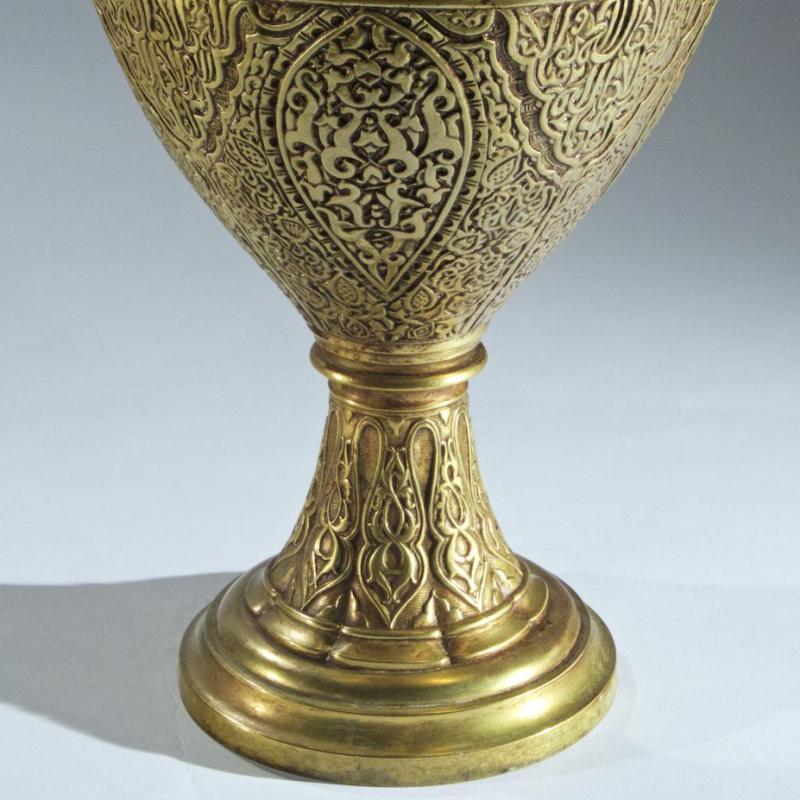 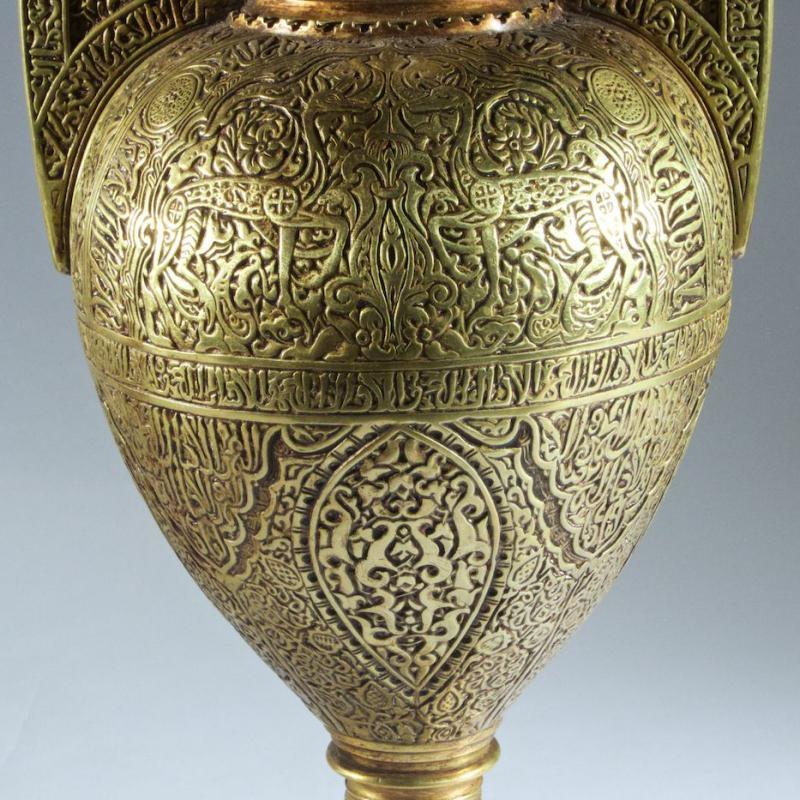 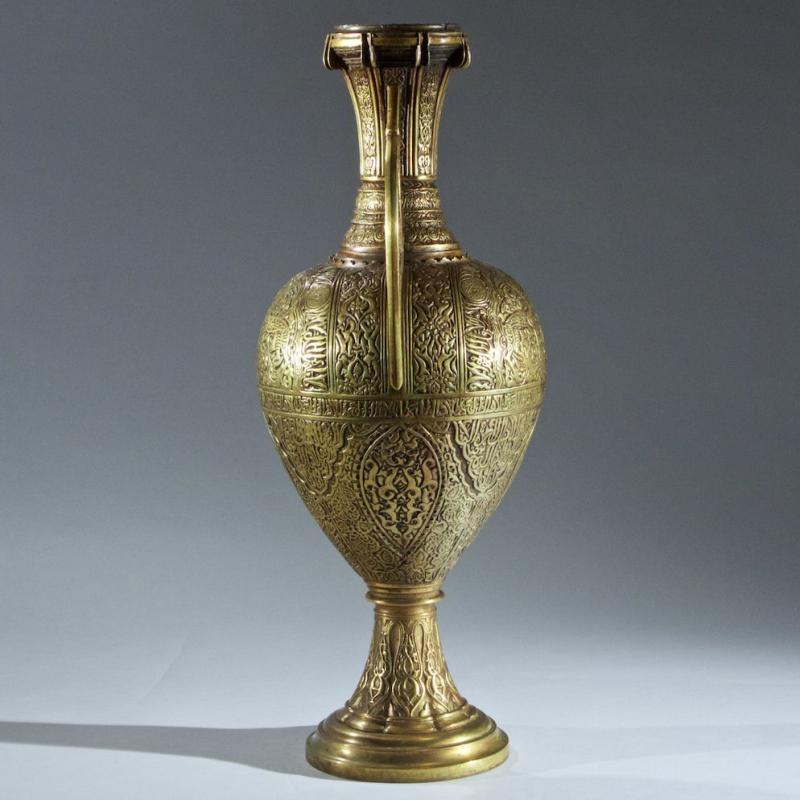 Our antique bronze Alhambra vase measures 21.5 in (54.6 cm).  It was drilled for electricity with hole near base in rear, and soldering remains inside the top where lamp hard was previously affixed.  With nice patina showing its age and wear.  Maker is unknown and we have not found any hallmarks.  Other castings of this particular design and scale are known to have been made by Tiffany Studios in the early 20th century.  See lot 42 of Christie's sale of NineCentury Furniture, Sculpture, Works of Art and Ceramics in New York, which featured a pair of such vases that sold for $19,200.