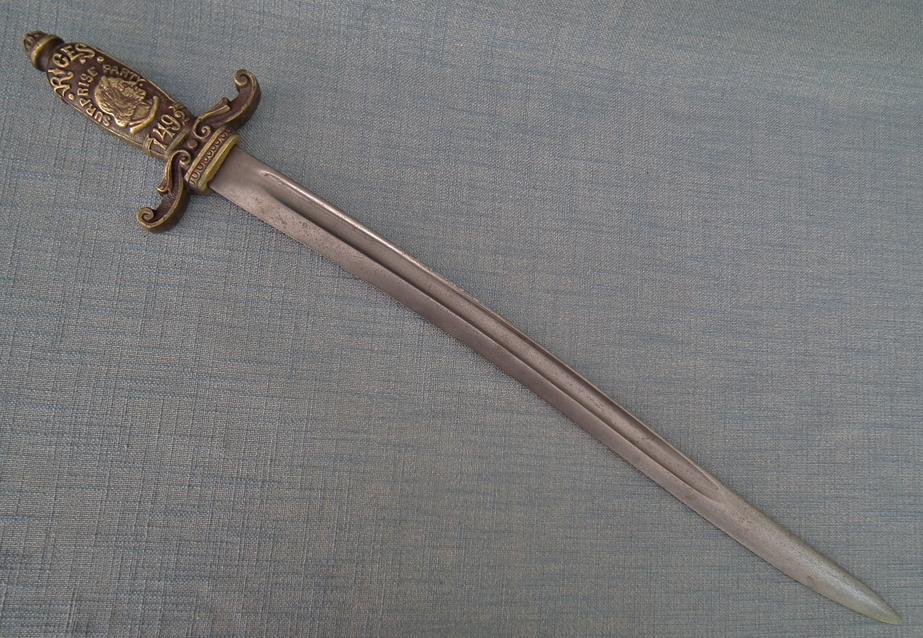 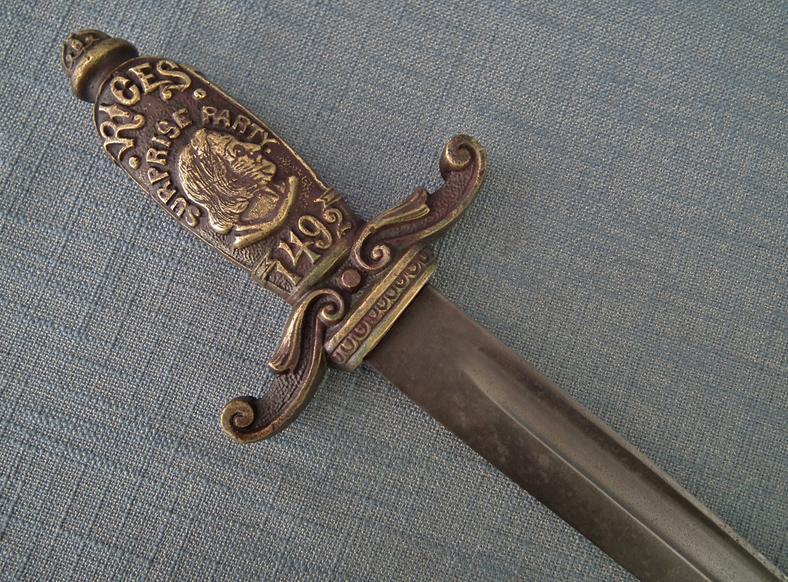 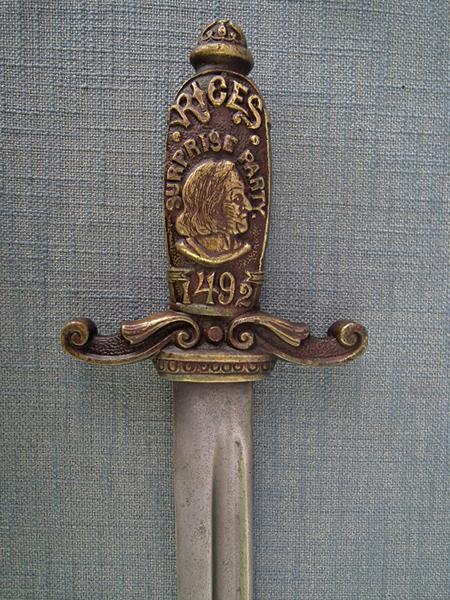 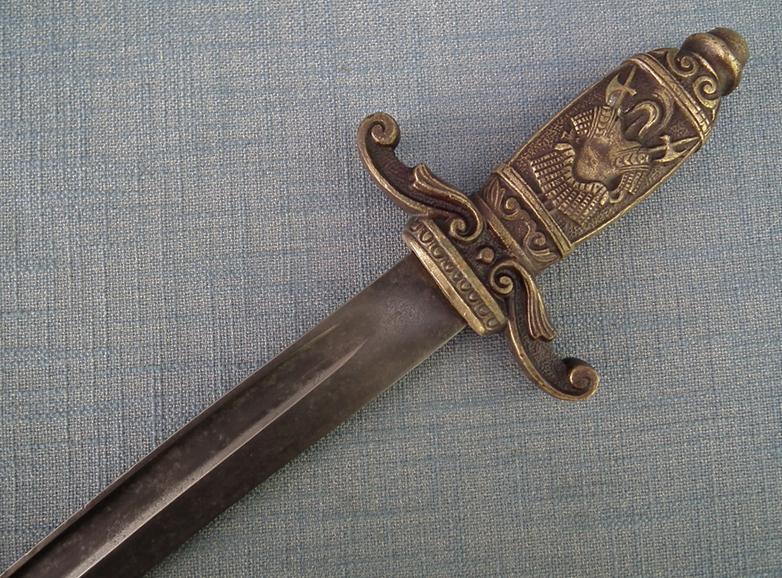 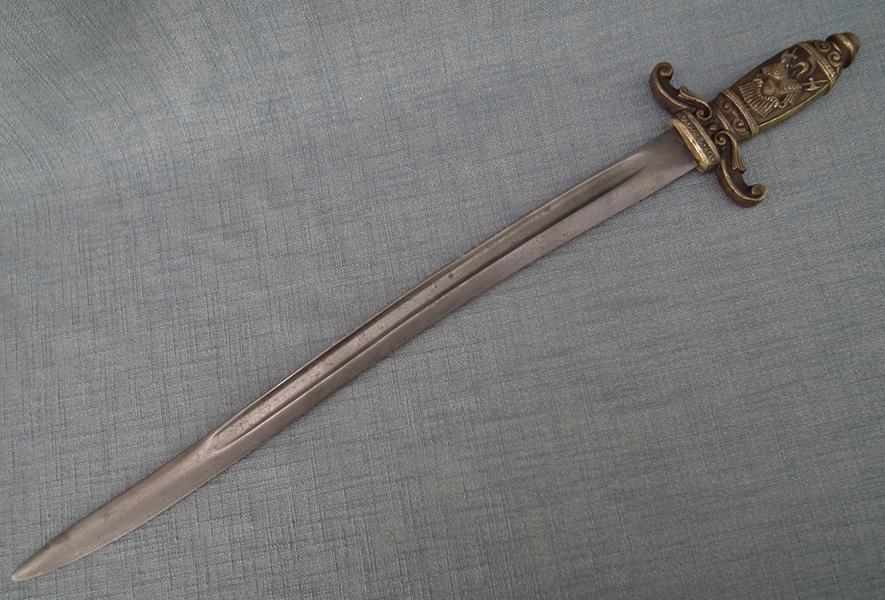 A scarce antique American, late 19th century, a heavy short sword made especially for the September 1892 production of '1492' that opened the Park Theatre in Boston, presented by the company 'Rice's Surprise Party.' Robert Barnet, 'The Extravaganza King', held productions from 1891-1906 at various venues in Boston, always starring the all-male company in the manner of Harvard's Hasty Pudding, in this, he starred himself as Queen Isabella, to the delight of the public.

Barnet raised funds for many city needs, including the Armory, which still stands.

The sword was created from the U.S. Cadet short sword with a sturdy Yatagan bayonet-style pattern and blade cut on each face with a broad full-length fuller. A heavy cast brass handle is firmly attached and bears a soft bronze color. Intricate details cast into all portions of the handle and cross guard. One side of the grip bears the image of a suit of armor and crossed halberds.

The opposite side features a profile bust of Christopher Columbus and has "RICE'S/ SURPRISE PARTY / 1492" surrounding in bold raised lettering.