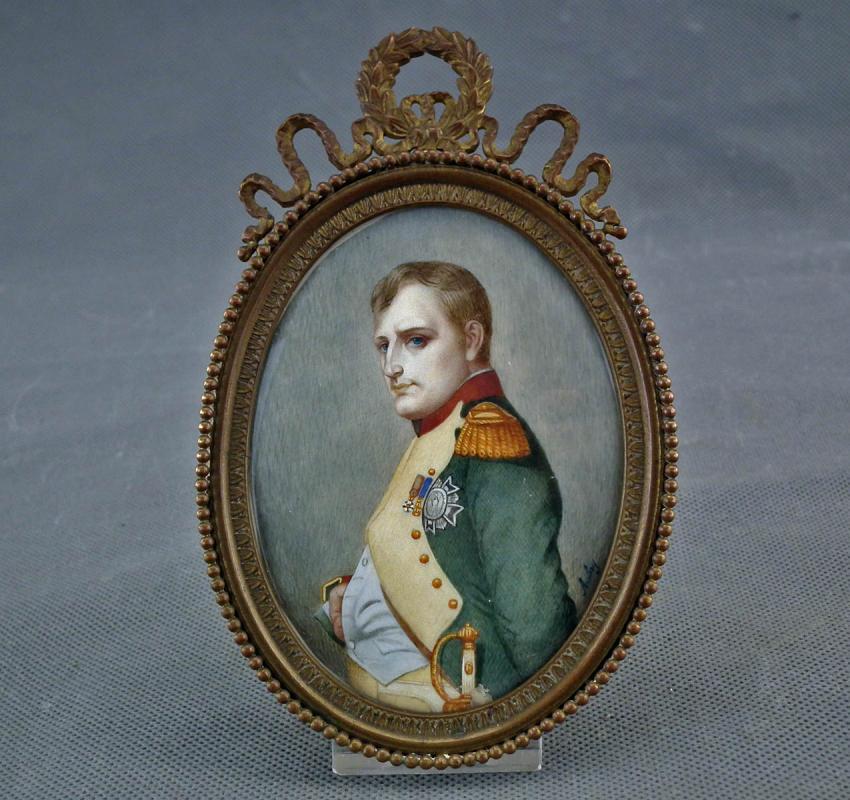 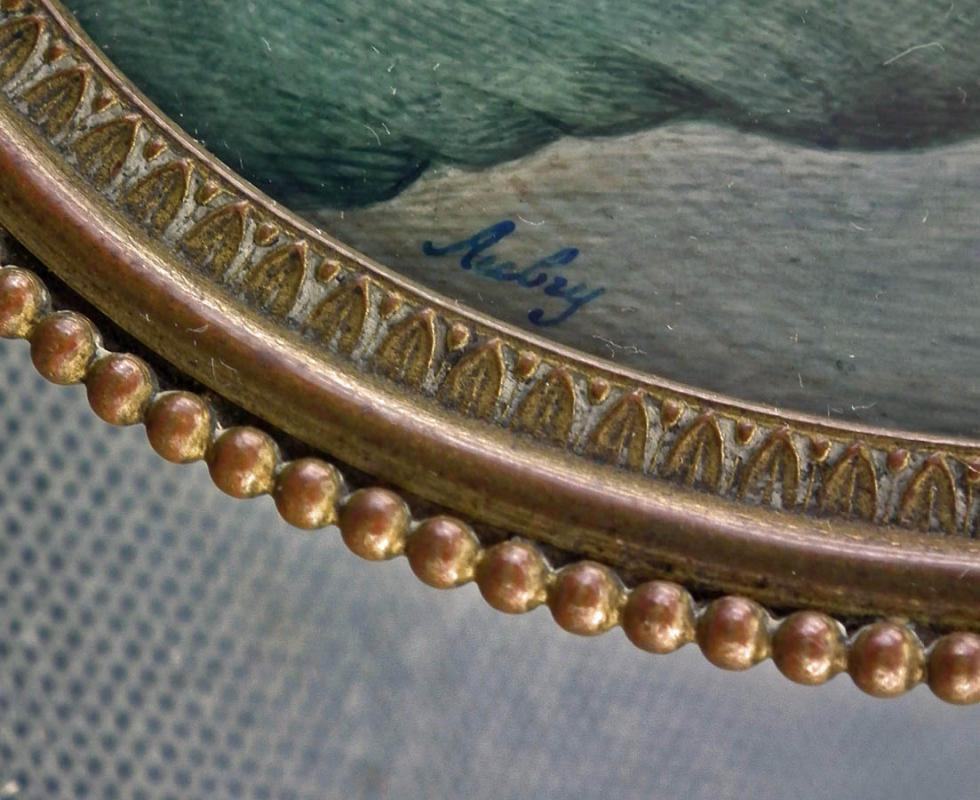 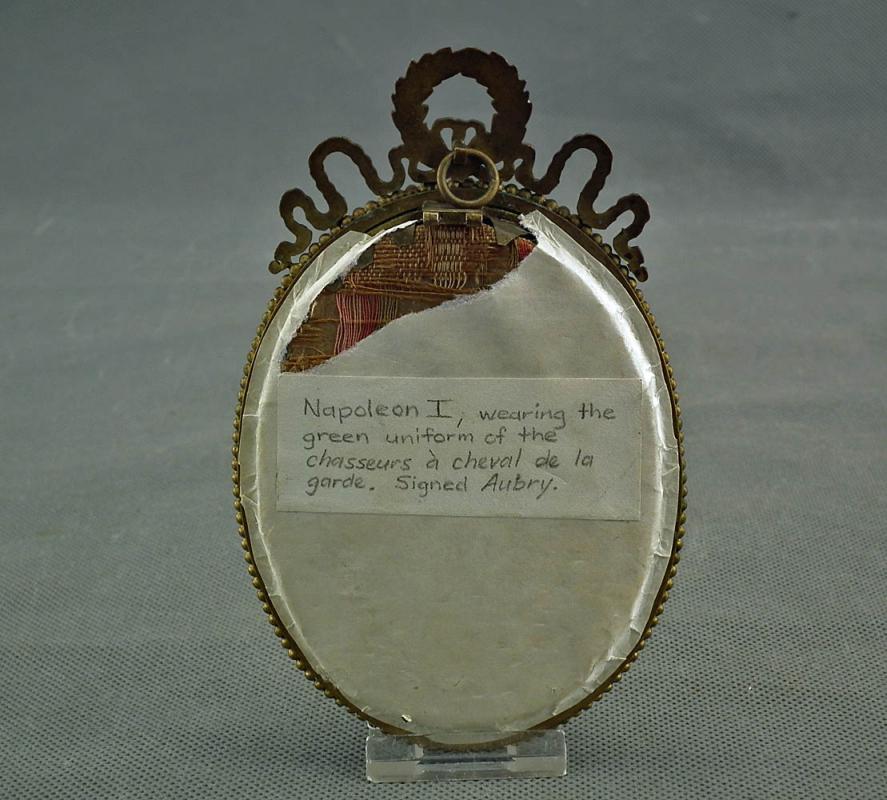 An antique first half of the 19th century miniature portrait of Emperor Napoleon Bonaparte, finely hand-painted by Louis Francois Aubry in watercolor and gouache on an organic wafer.
Napoleon is shown wearing his favorite Colonel Chasseurs Cheval de la Garde Imperial uniform, with gold epaulets, a white waistcoat, and the sword hanging by his side.
He wears the star of the Grand Cross of the Legion of Honour and the Croix d'officier of the same Order, together with the Iron Crown of the Order that he had established in 1805, which hangs from his buttonhole.
The miniature is signed by the artist "Aubry" in the lower right.
This finely painted with a fine brush miniature portrait shows the artist's superb skills with an extremely fine and realistically painted face with beautiful eyes, lips, hair, and uniform details.
Set under a convex glass in the original, oval, ornate ormolu bronze Empire frame with a beaded border and surmounted by a laurel wreath with ribbons. Back lined with a silk fabric covered by modern paper and affixed with a suspension loop and the mount for an easel.

CONDITION: This original painting is in very good condition, with no restorations or repairs. Bronze frame showing its age and use with a patina, gold gilding worn. Easel leg missing.

BIOGRAPHICAL NOTE: Aubry was born in Paris in 1767, and after studying under Lois-Jean-Jacques Durameau, Francois-Andres Vuncent, and Jean-Baptiste Isabey, became one of the most celebrated miniaturists of the early 19th century. He exhibited miniatures at the Salon between 1799 and 1838, including highly praised portraits of the King and Queen of Westphalia at the Salon of 1810.

.
In 1832 he became a chevalier of the Legion d'Honneur.
Various contemporary critics and biographers have stated that his works were of "remarkable quality, with clear, bright coloration and precise rendering of textures," and that "in his best pieces, Aubry can compete with almost any great artist of his day." Many of the miniaturists of his period became important artists, including Millet, Saint, Meuret, and others. Aubry died in 1851.