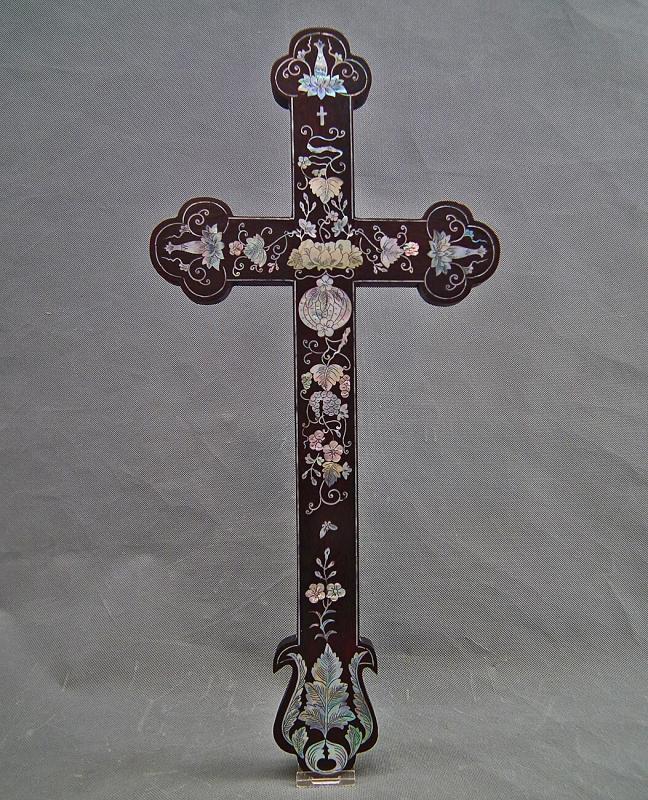 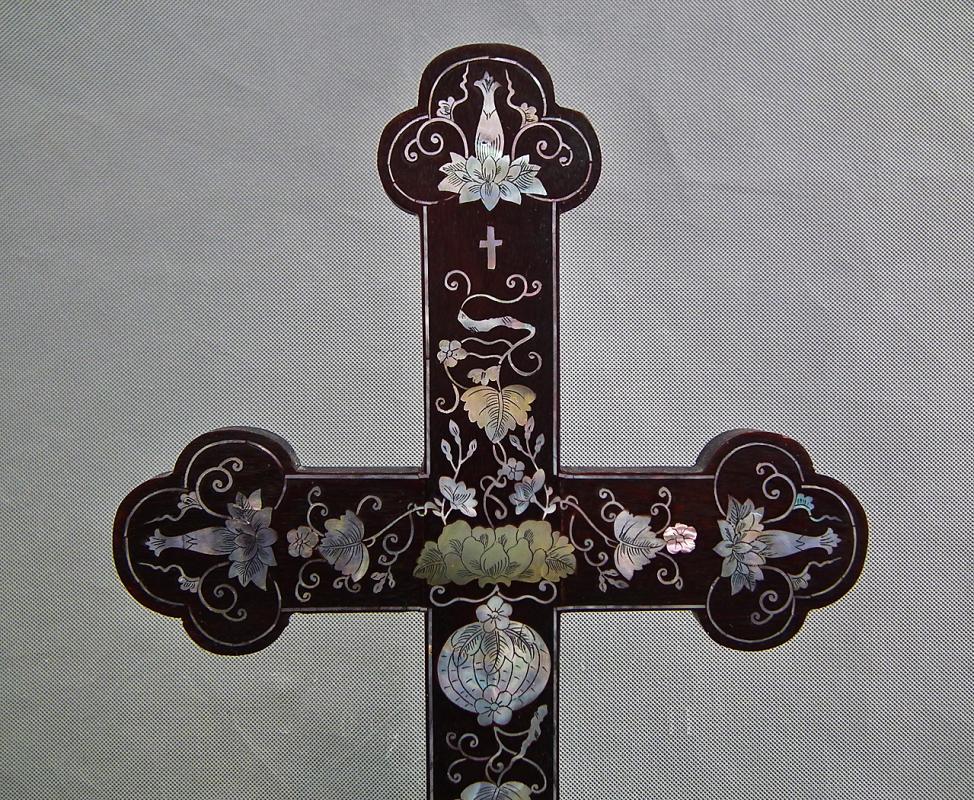 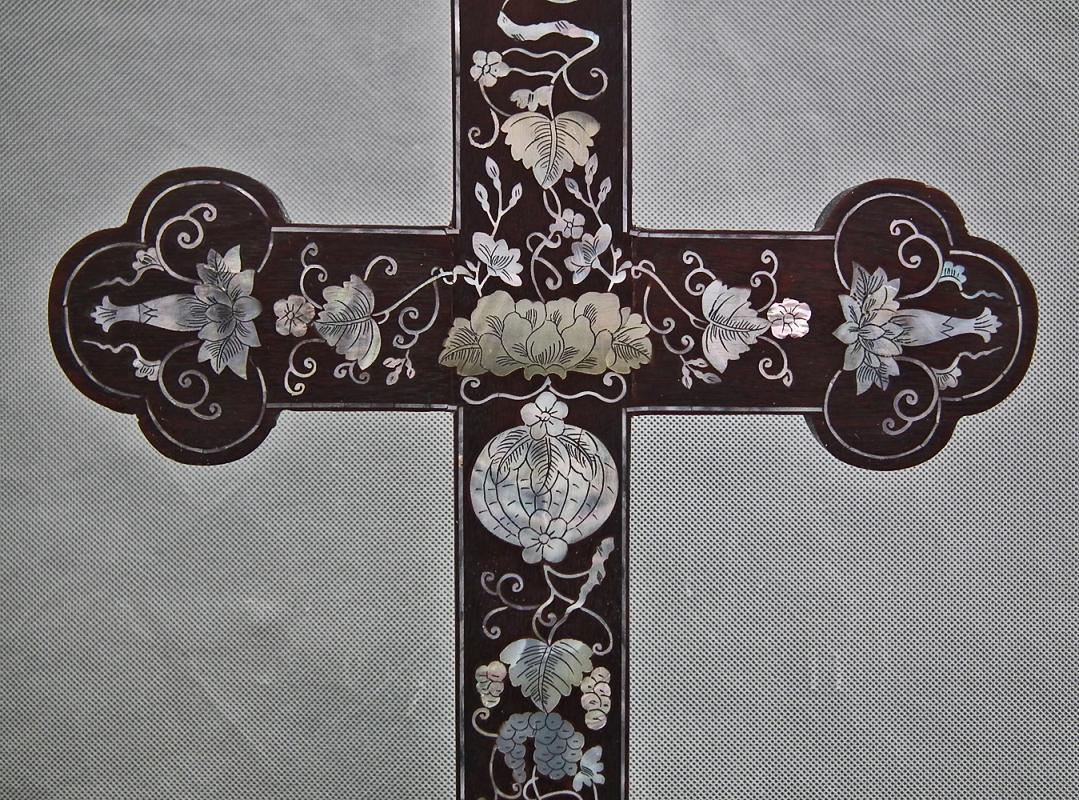 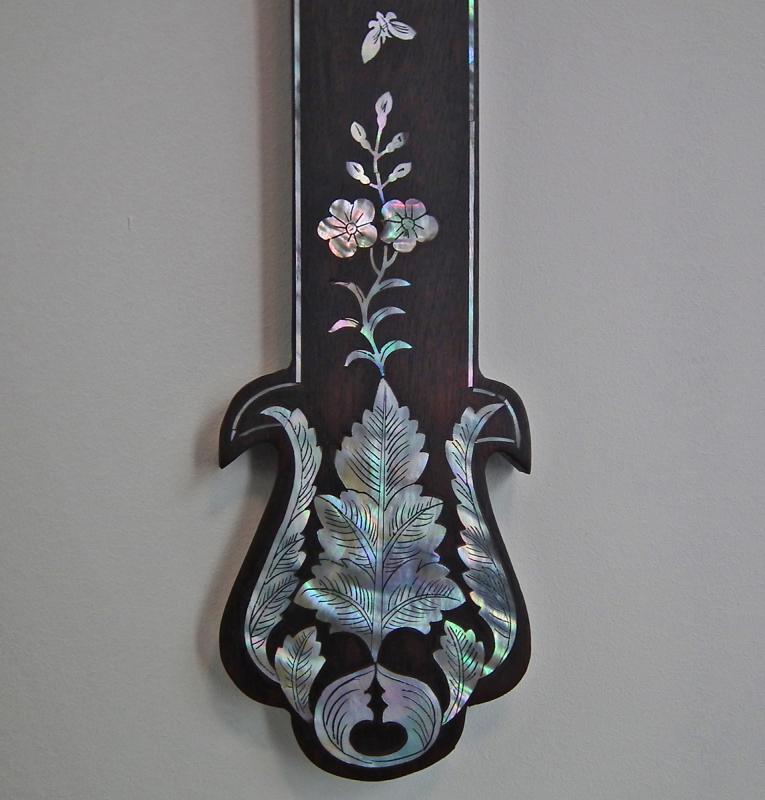 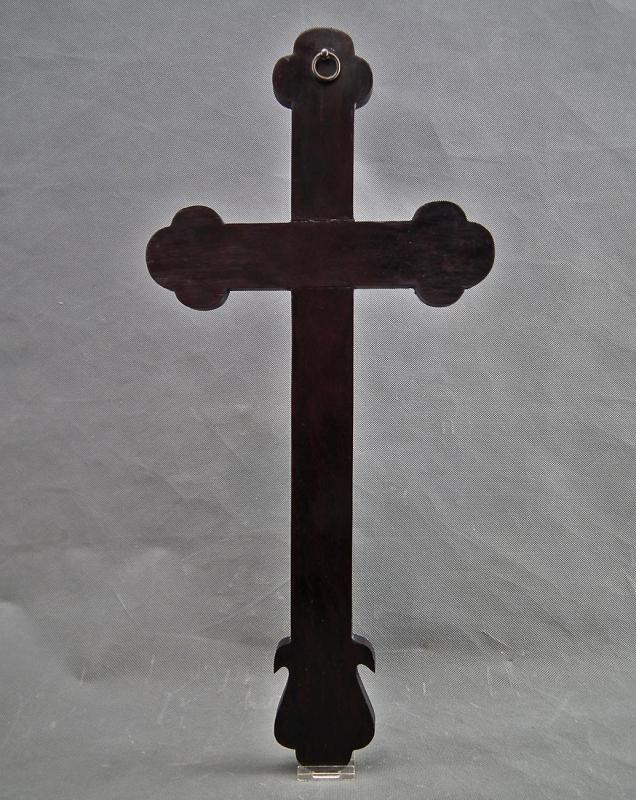 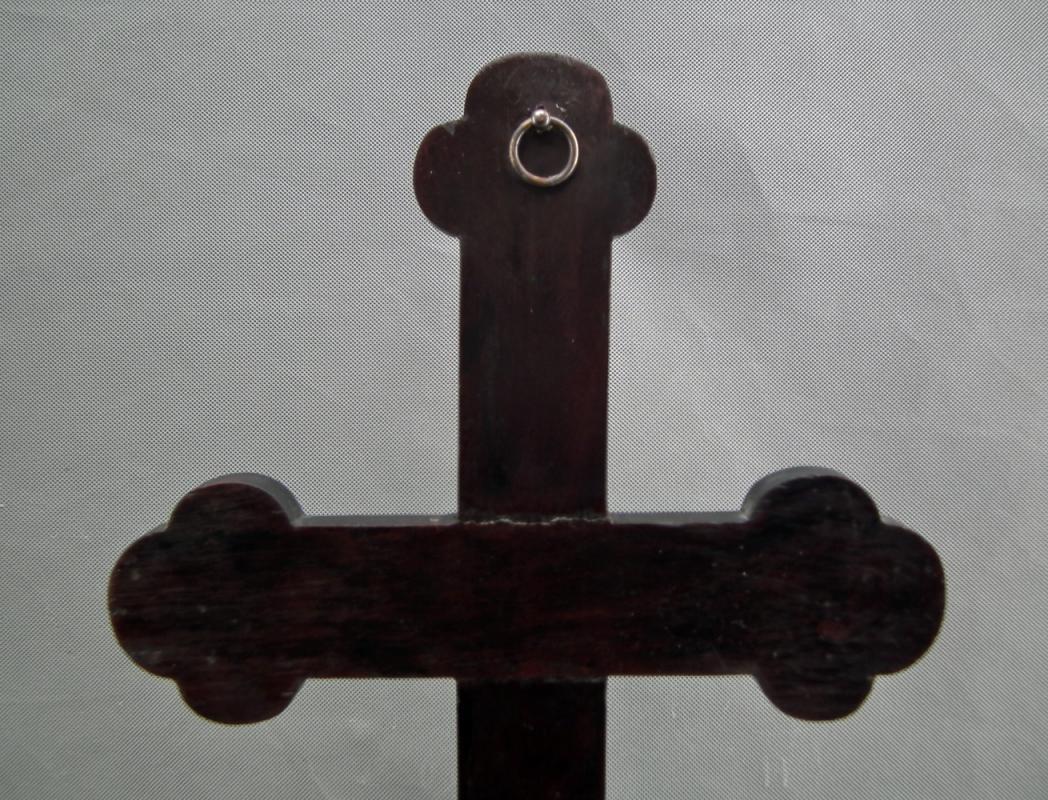 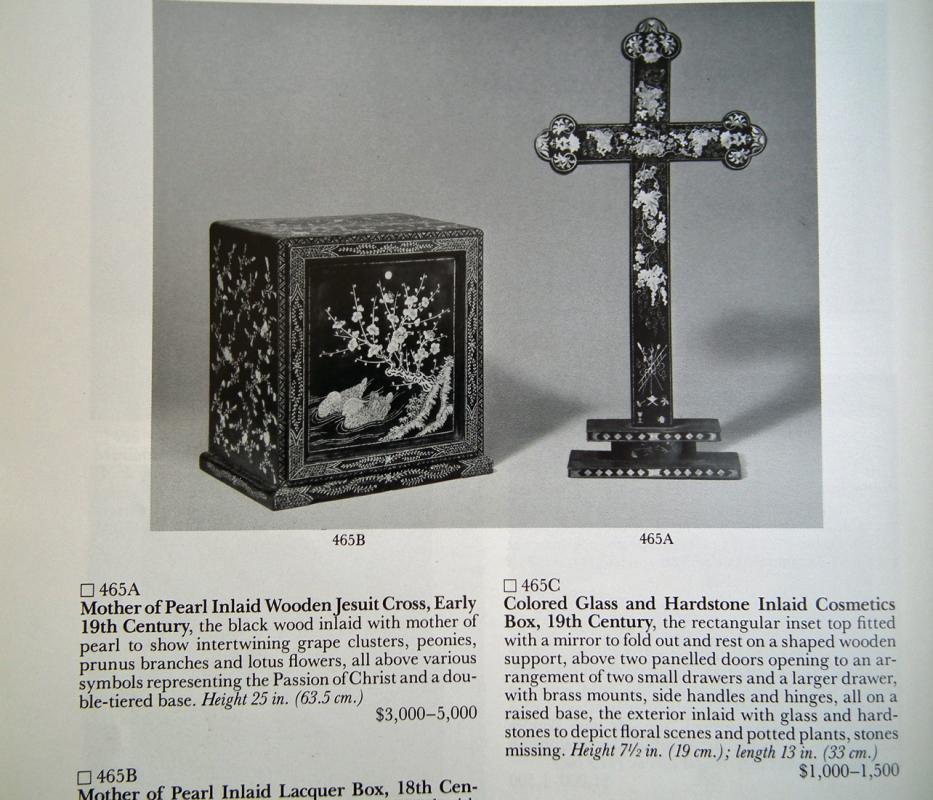 The cross is formed of two hardwood elements (probably rosewood), a central staff, and a horizontal bar, inlaid with incised and finely engraved mother-of-pearl to depict vines and acanthus leaves.

Both ends of the arms and the top of the cross are shaped like Ruya's heads and inlaid with mother of pearl with lotus flowers and acanthus leaves. The reverse is plain and fitted with a metal ring for suspension.

Please see the link below:

Please see the last picture in the listing.

We will provide the buyer with a copy of the page from the mentioned reference together with a certificate of authenticity.

3. A similar cross, from the well-known Tokyo dealer Sakamoto Goro (b. 1923), was exhibited and published in the exhibition catalog (cat. no. 116) of a special inaugural exhibition in 2005 at the Kyushu National Museum in Japan.

CONDITION: In very good condition and shape considering its age, with signs of age and use, age gap on the connections of two parts ( back of the cross).

Please note that the photos in the listing are part of the description of the object's condition.

After the arrival of the Portuguese in the sixteenth century, Macau became a diocese of the Catholic Church. The Diocese of Macau was given a wide jurisdiction over various ecclesiastical territories in the Far East, such as China, Japan, Vietnam, and Malaysia.

Macau became a major training and departure point for Catholic missionaries to different countries in Asia, and crosses such as this example would have served in the teaching of the Bible.

The three upper terminals of the cross are shaped like ruyi heads, symbolizing "everything you want" in China. They also correspond to a design known as the cross botonée, used in Western heraldry as well as religious art, where the three lobes are said to represent the Trinity.