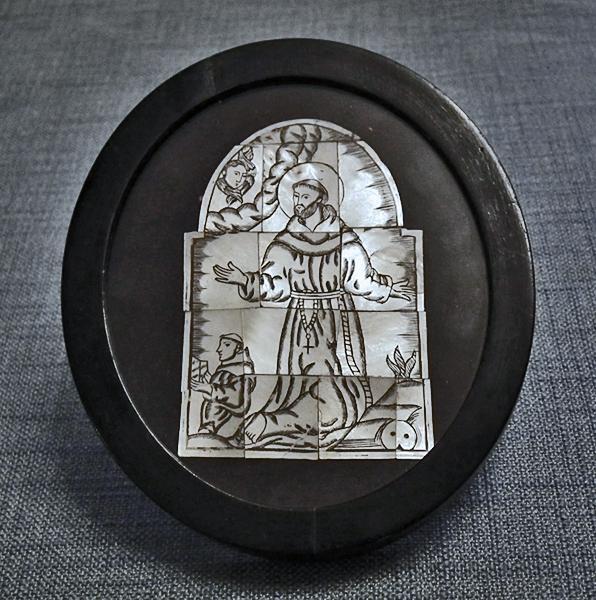 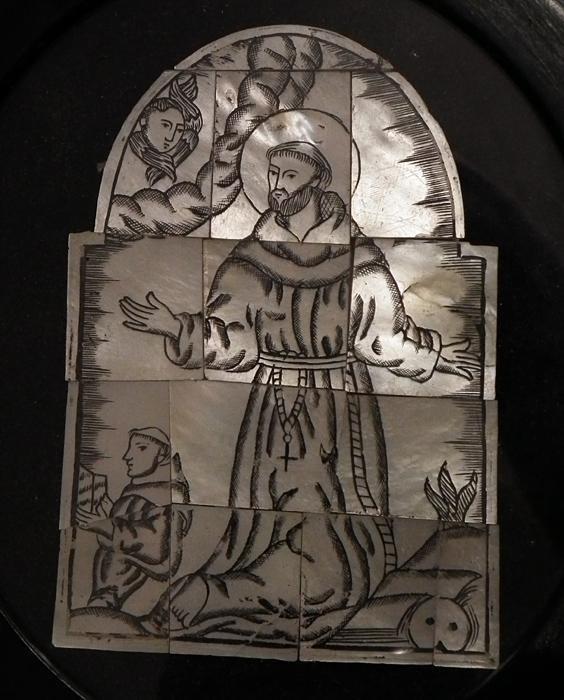 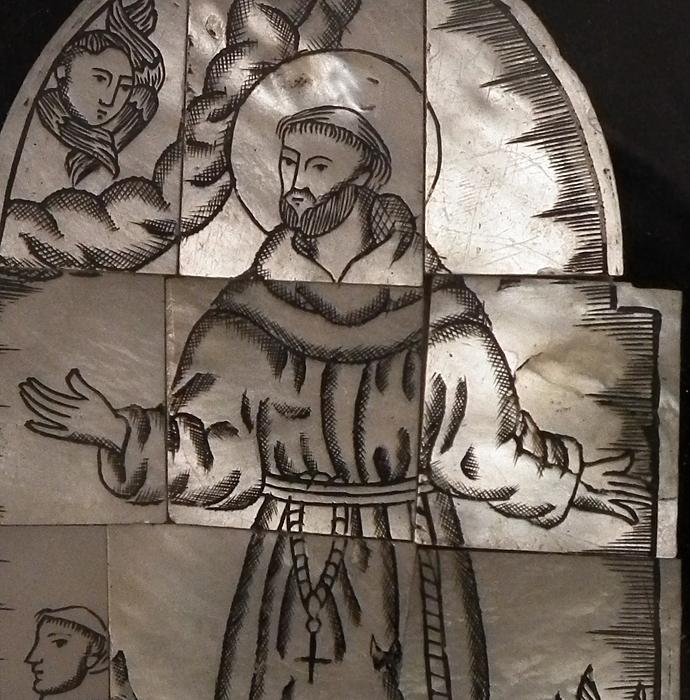 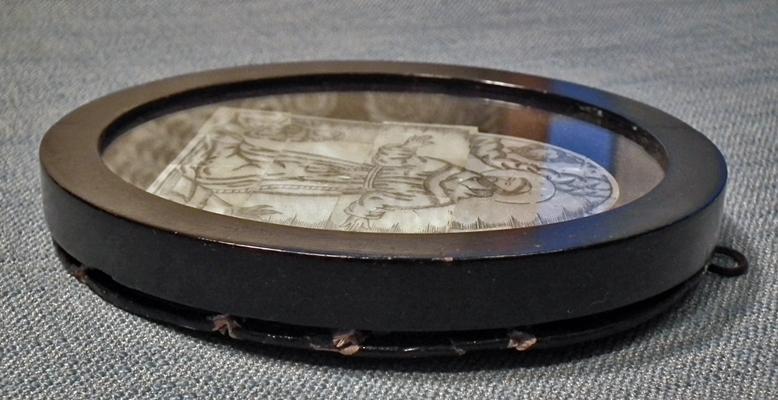 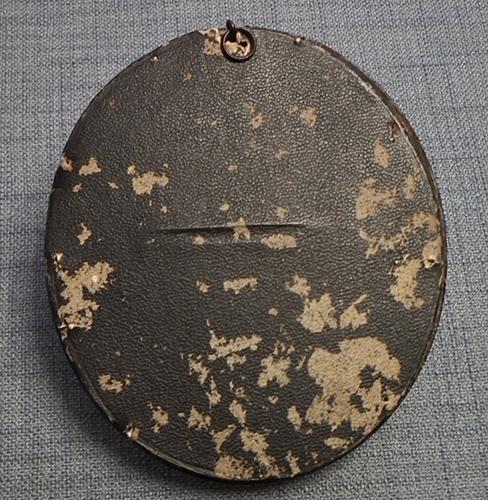 Antique 17th to early 18th century Bethlehem baroque period mother of pearl-shaped panel profusely engraved and black lacquered depicting Saint Francis of Assisi accompanied by another Franciscan friar at his feet reading the Bible, and in the left upper with seraphim angel watching from the clouds. Mounted in an ebonized oval wood frame with a brass suspension loop.

This outstanding piece of art is engraved after the famous 17th century painting Saint Francis of Assisi by the Spanish-Italian painter Jusepe de Ribera (1591-1652) created in 1638 A.D. The frame is a later addition possibly early 19th century.

CONDITION: In very good condition, no repairs, or restorations whatsoever. The wood frame has minor age splits on the joints.

Dimensions of the oval frame:

Mother-of-pearl carving of traditional handicrafts in Bethlehem is said to have been brought to the city by Franciscan friars from Italy in the 15th century.

Bethlehem's position as an important Christian city for centuries attracted a constant stream of pilgrims. This generated much local work and income, also for women, including making mother-of-pearl souvenirs. According to Weir, Bethlehem women's employment in the mother-of-pearl industry goes back to at least the seventeenth century. It was noted by Richard Pococke, who traveled there in 1727.

Previously, most oysters for the mother-of-pearl supply came from the Red Sea.

Mother of pearl artwork made their way to Europe directly from the Holy Land by pilgrims or via Turkish Ottoman merchants.