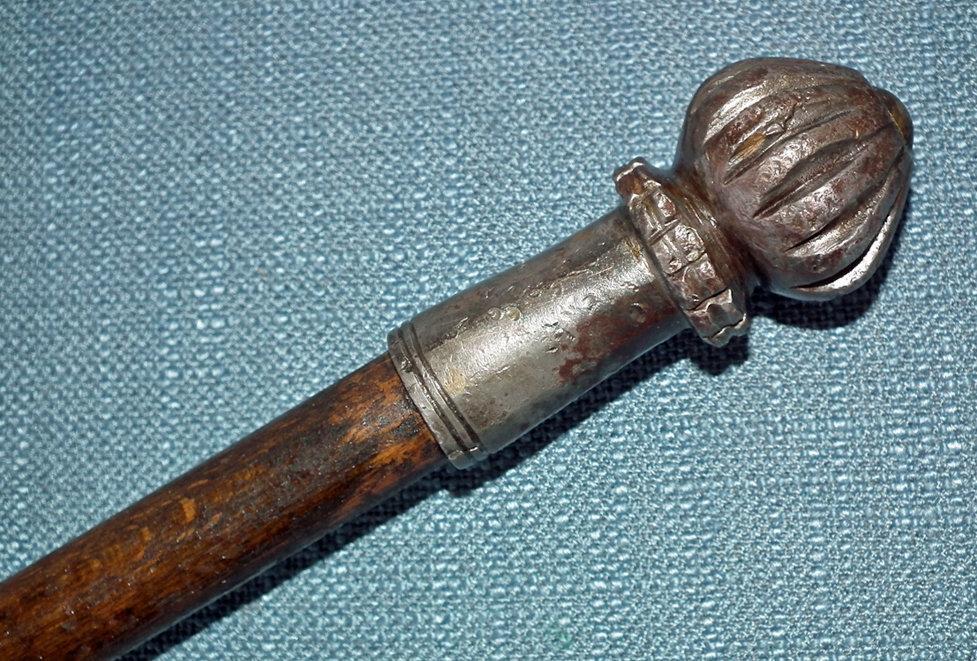 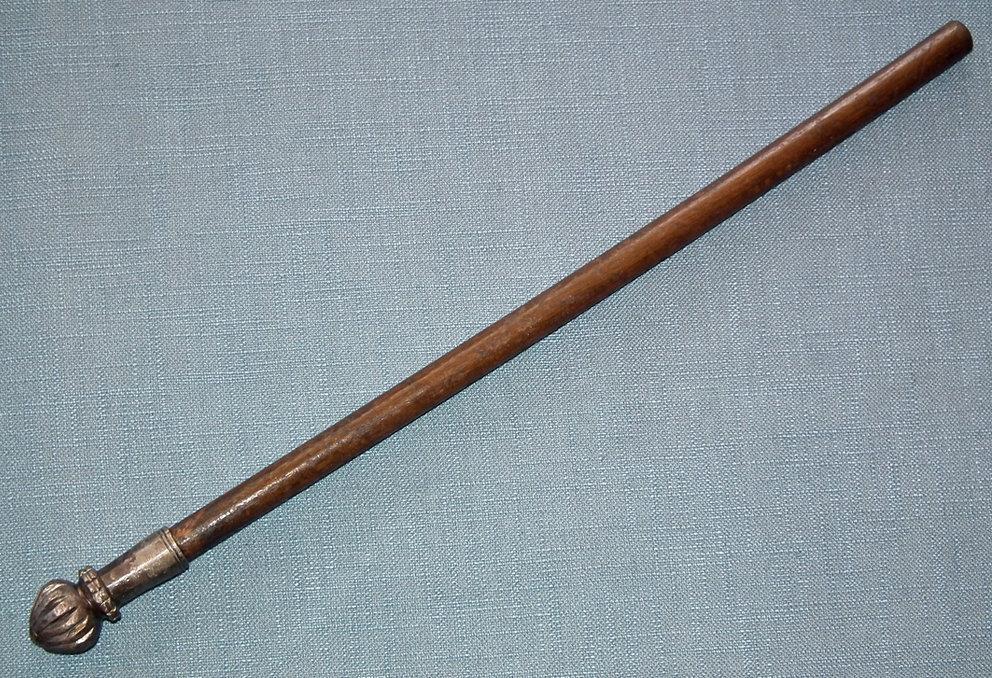 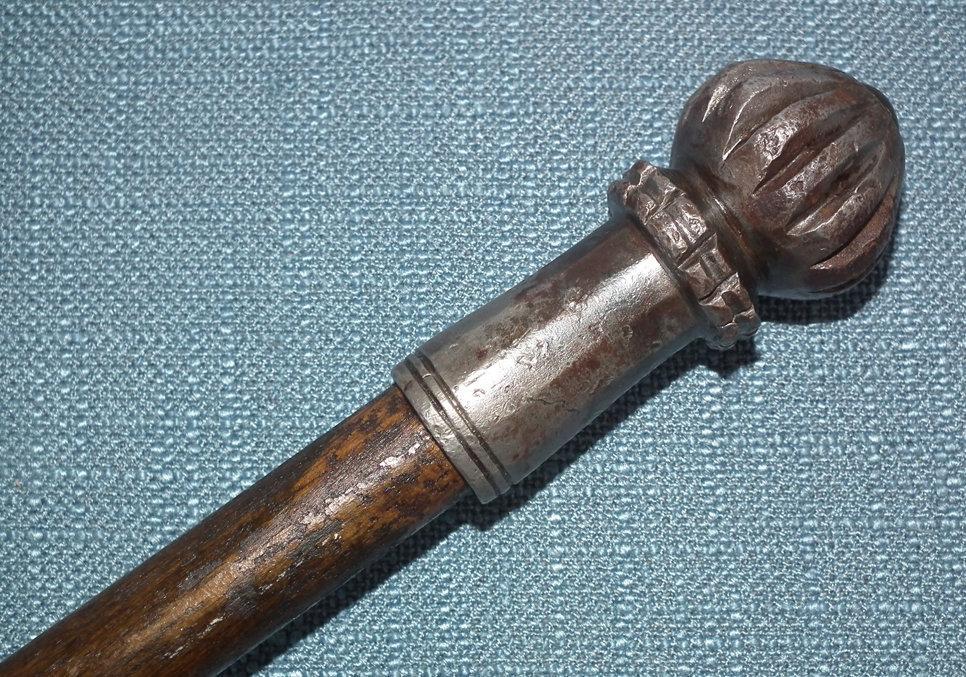 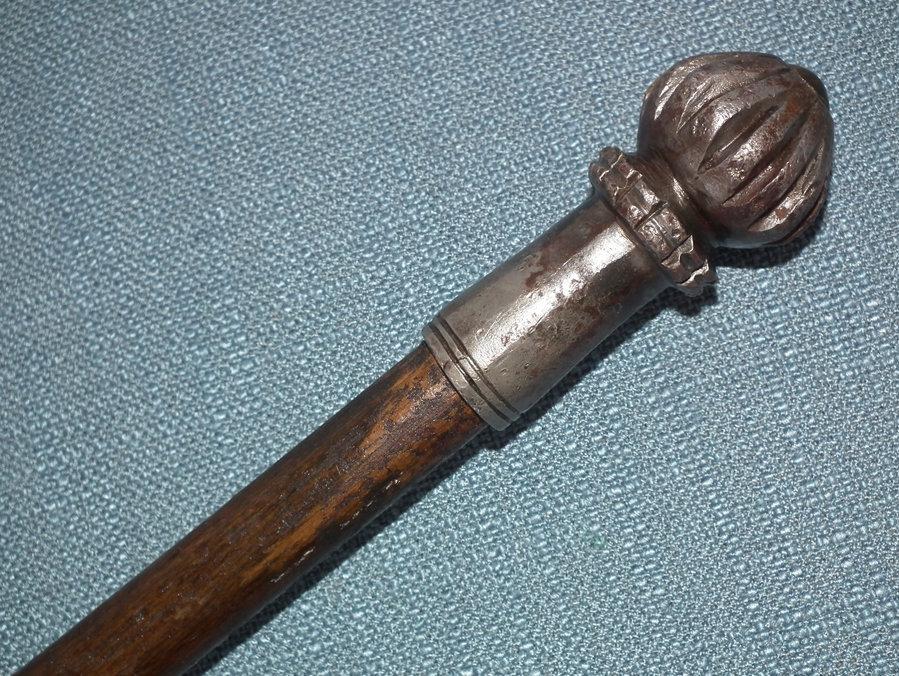 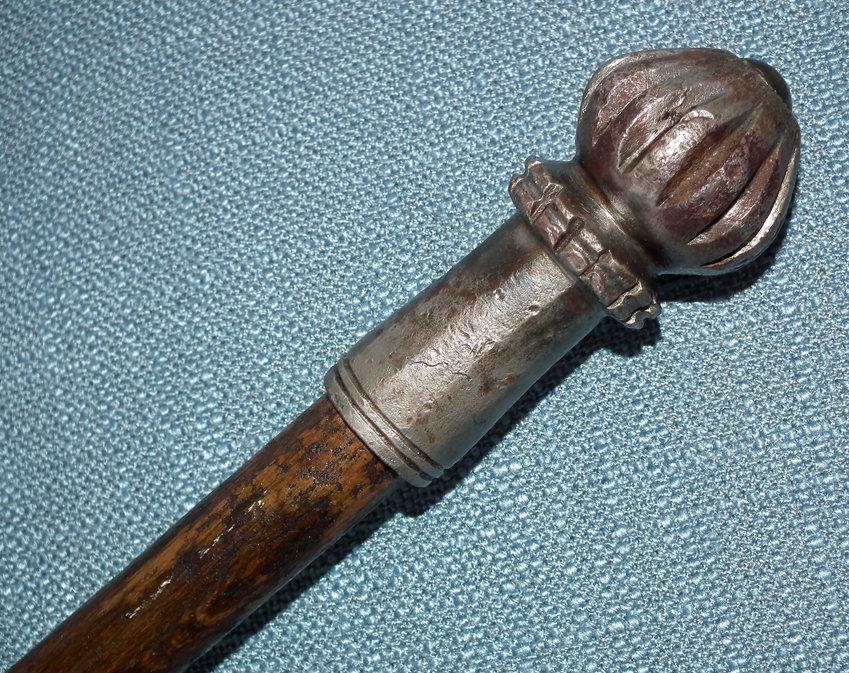 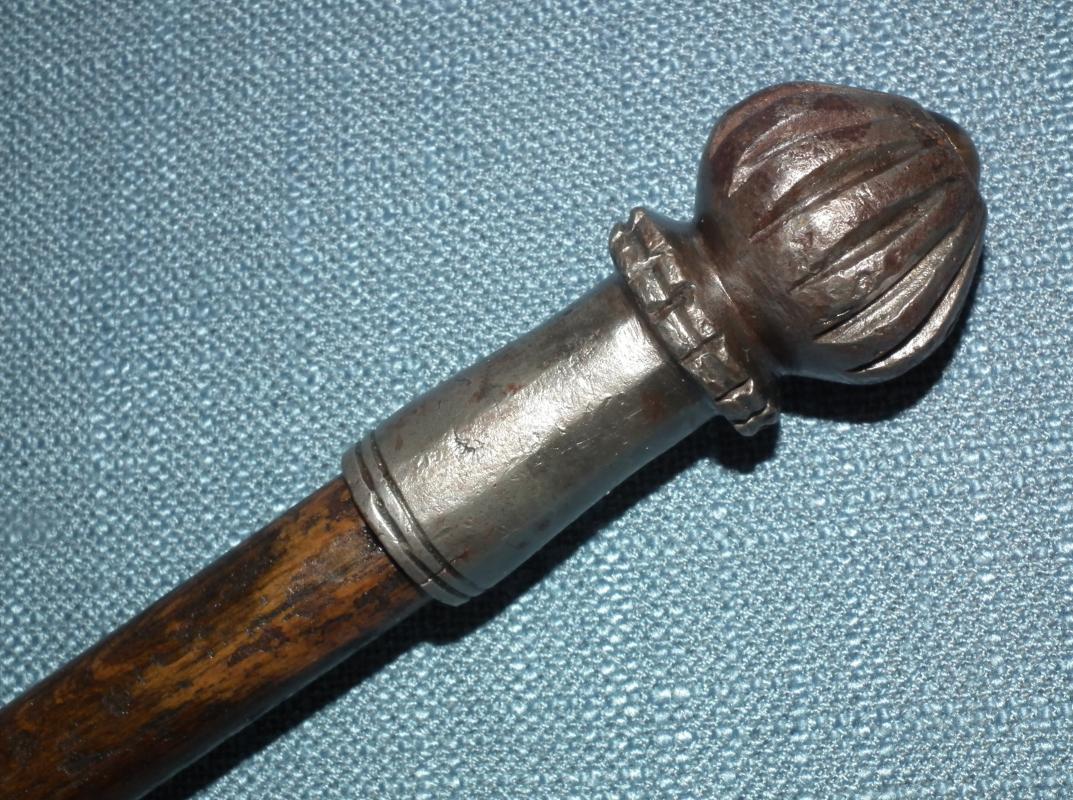 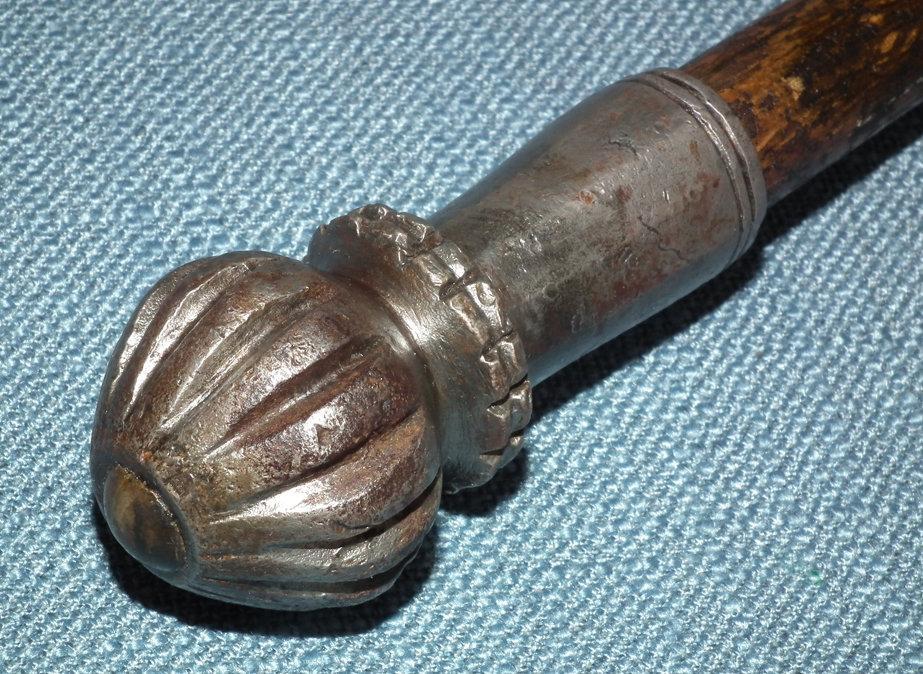 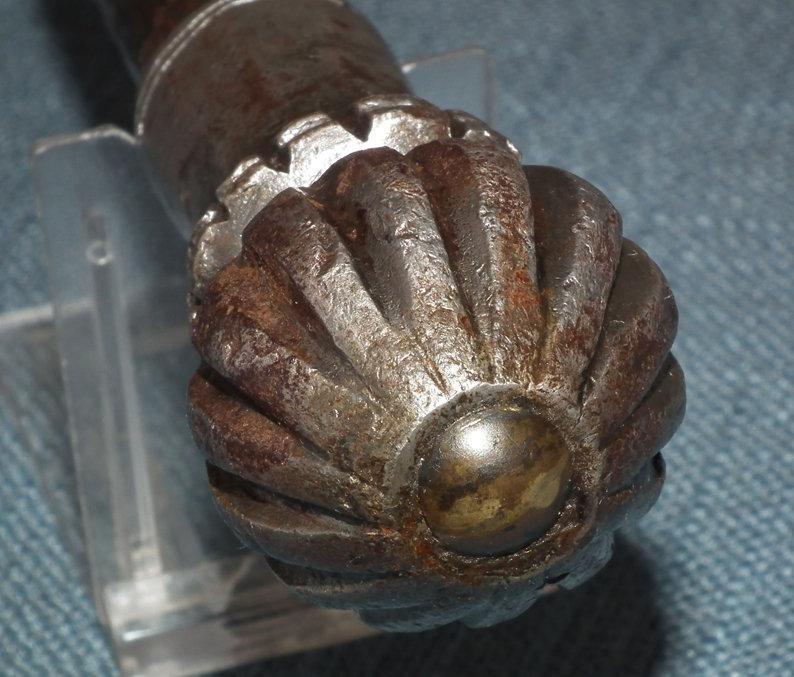 The mace was established as an Ottoman symbol of office from at least as early as the 16th century, carried by senior officers in war. In eastern and central Europe, a flanged mace was bared by a colonel as a symbol of rank, and a sign of the officer's authority.

CONDITION: Showing the age and usage with a dark patina, the wooden haft appears not to be from the 17th century but is most likely later replaced as it is common in this type of weapon.