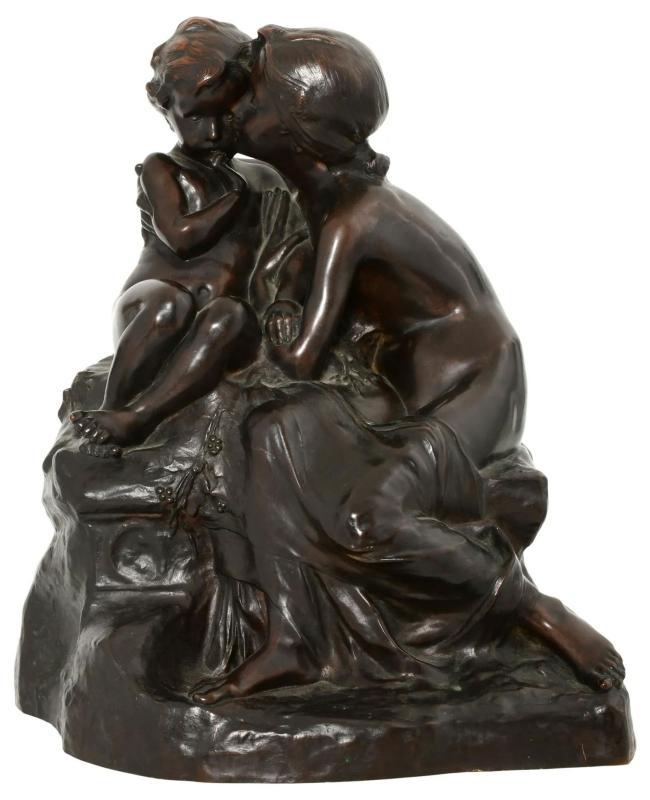 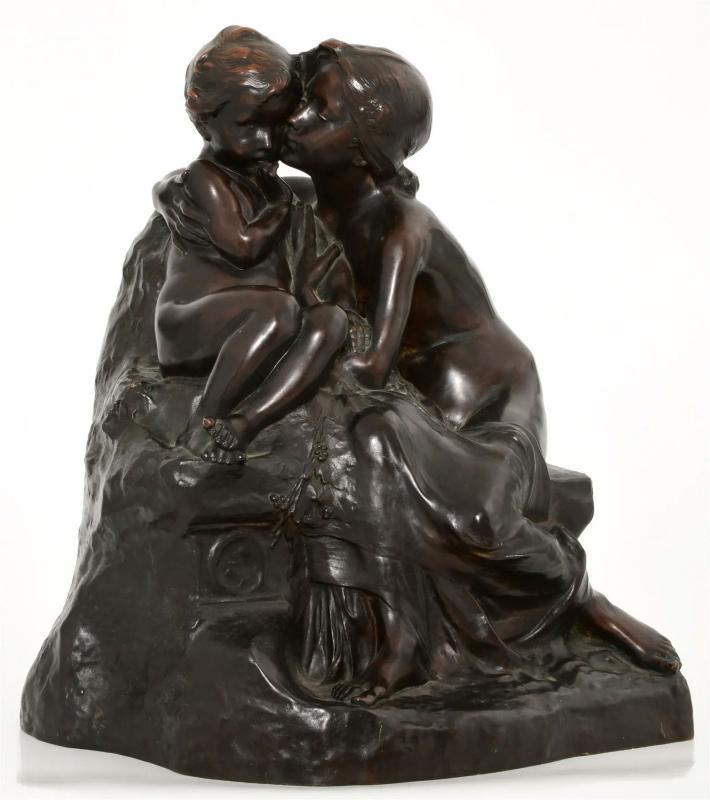 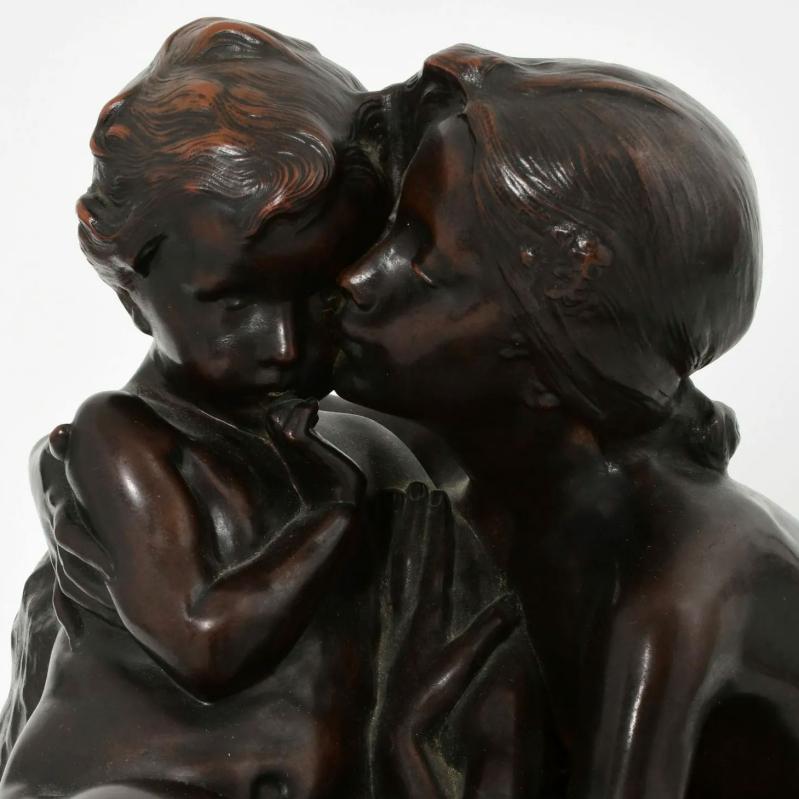 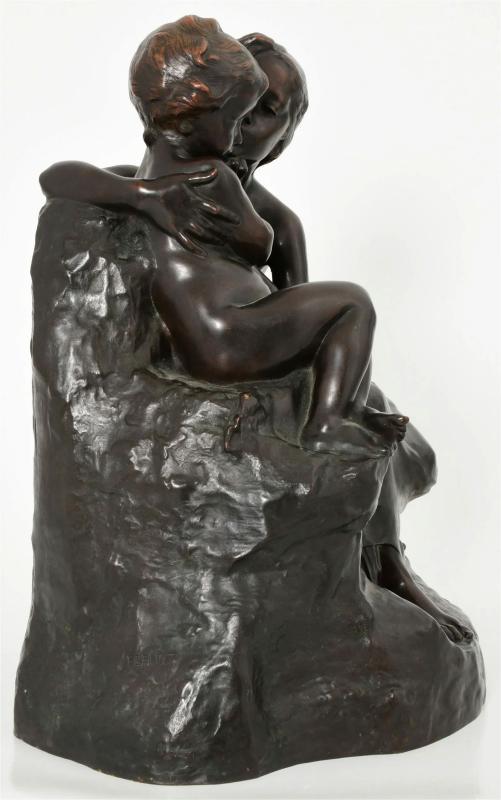 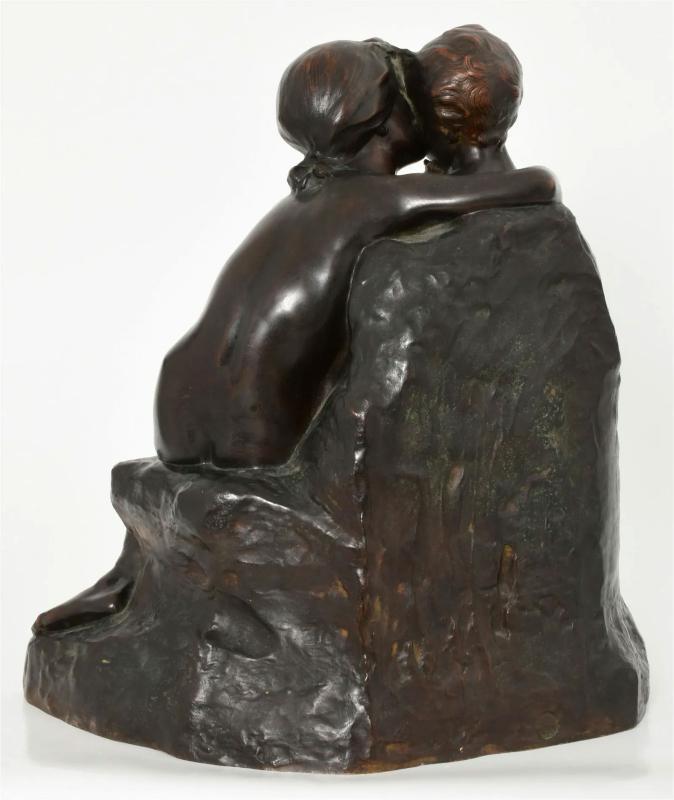 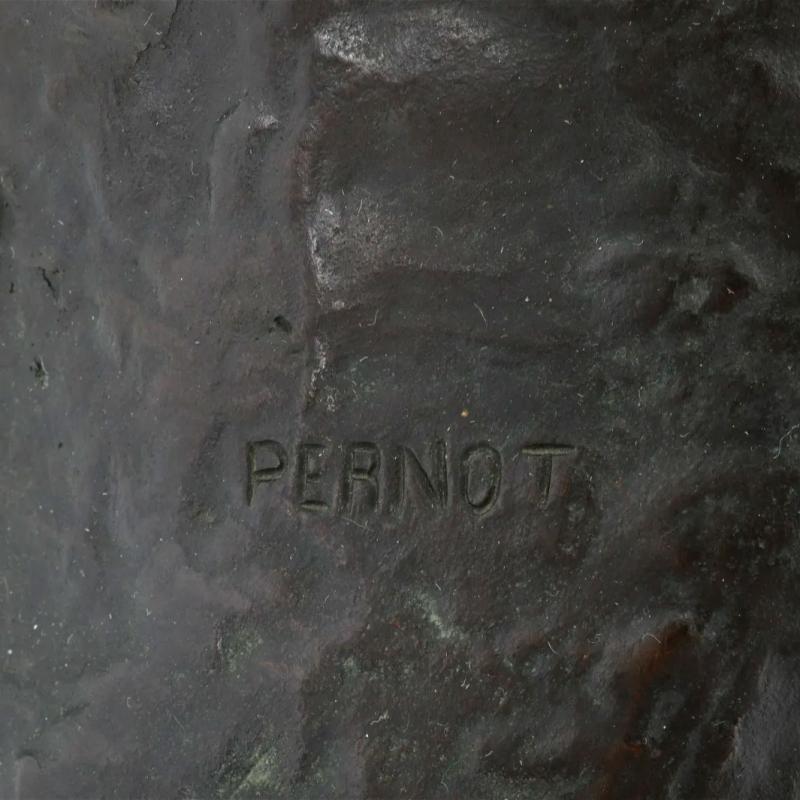 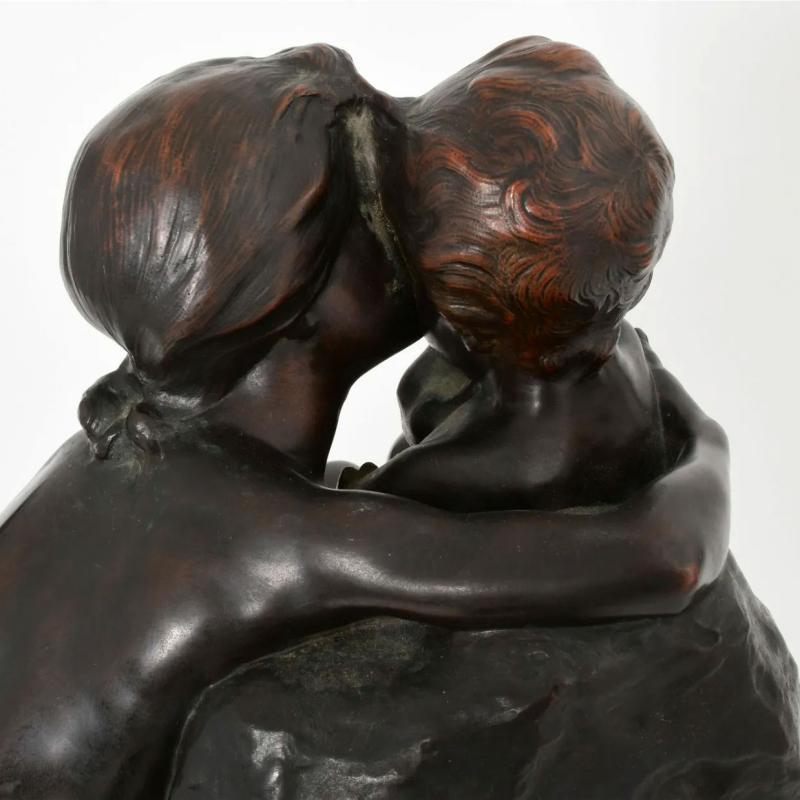 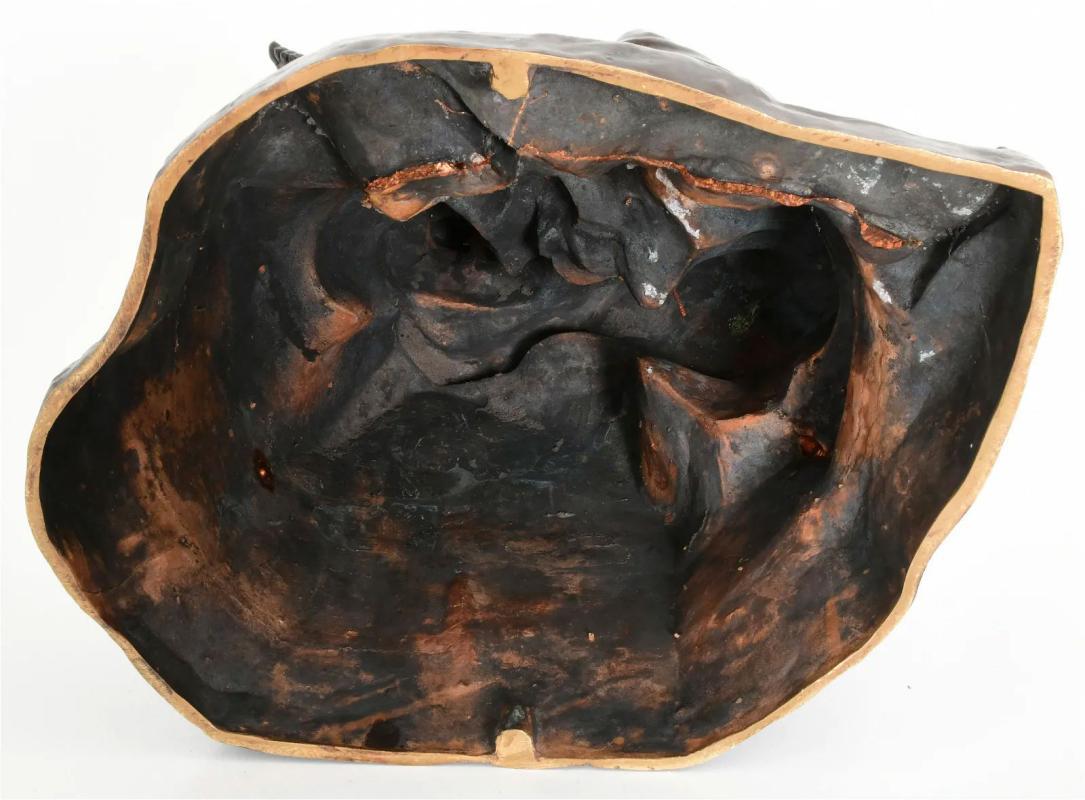 Our bronze after Henri Pernot (1859-1937), entitled La Grande Soueur (The Big Sister) measures 16 by 17 by 12 inches and is in good condition.  Cast by the Thiebaut Freres foundry of Paris, circa 1920s.  The firm's round impressed mark is on the rear near the base which reads THIEBAUT Fres PARIS FUMIERE ET CIE SUC.rs, the mark of the firm used from 1920 until the firm's closure in 1926.

According to Sotheby's (see lot of their sale #8356 in New York in 2007), Pernot first exhibited La Grande Soeur in 1903.  Pierre Kjellberg states that Thiébaut Freres cast this model in three sizes.  The figures in that particular lot are similar in scale to our casting, but is truncated at the waist of the figures, and is said by Kjellberg to be the middle size of three sizes cast by Thiebaut. Thus, our casting is believed to be the largest of the sizes cast.