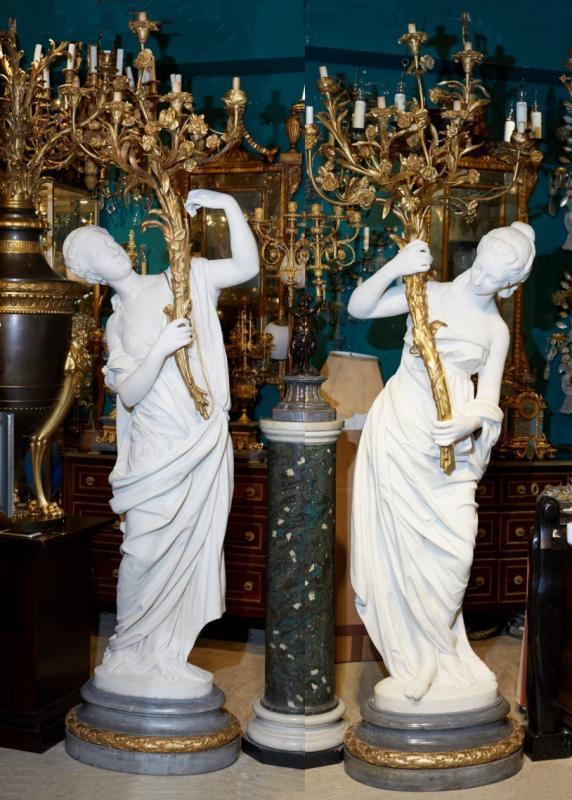 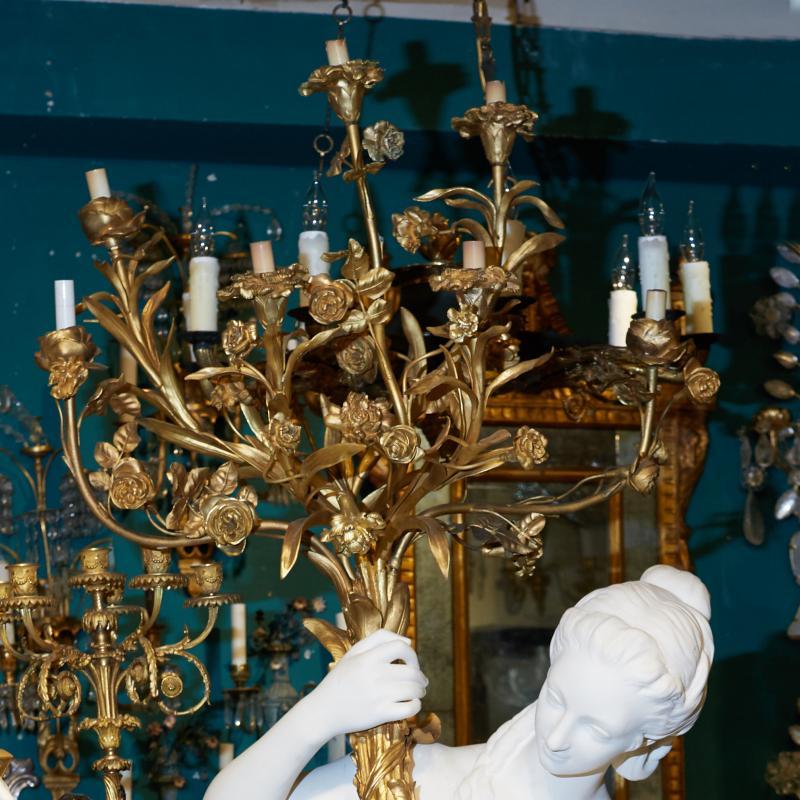 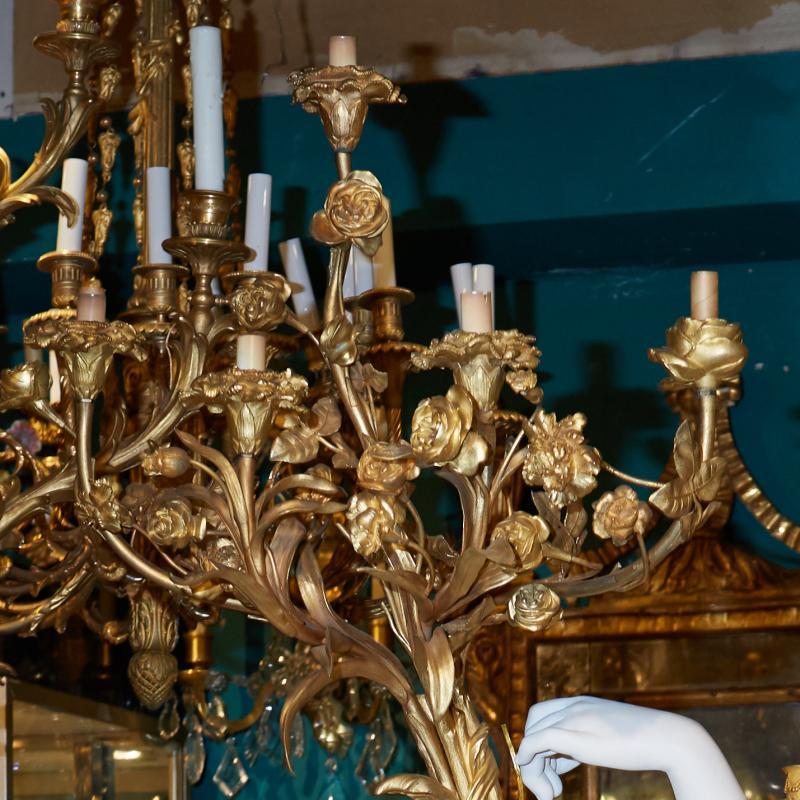 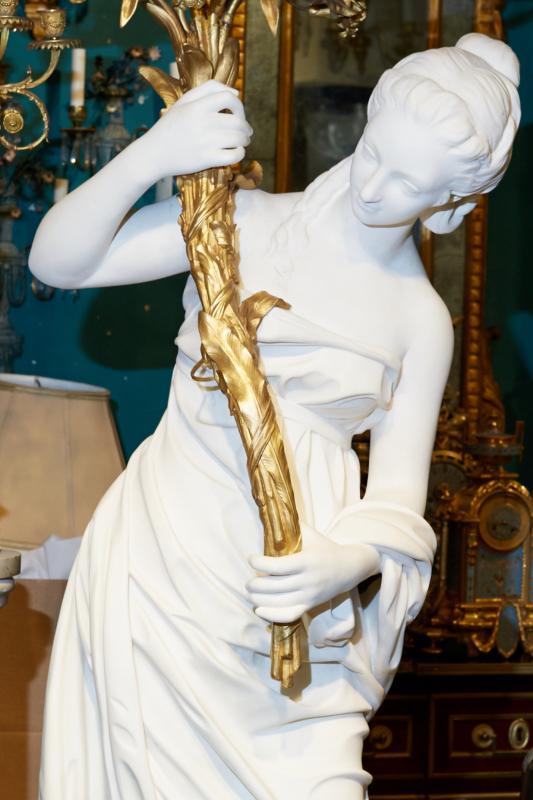 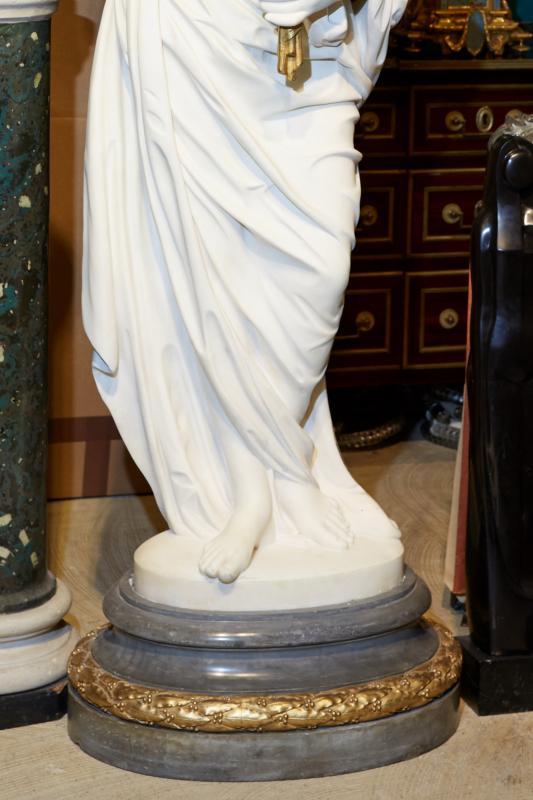 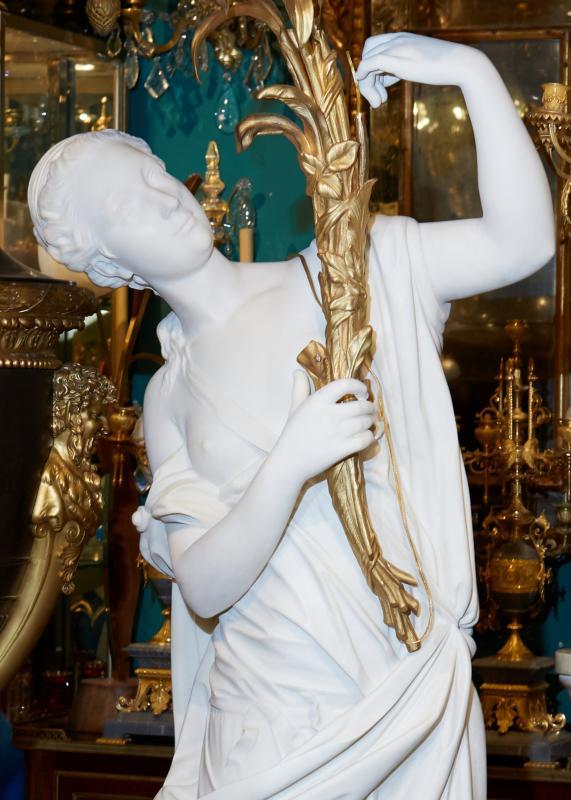 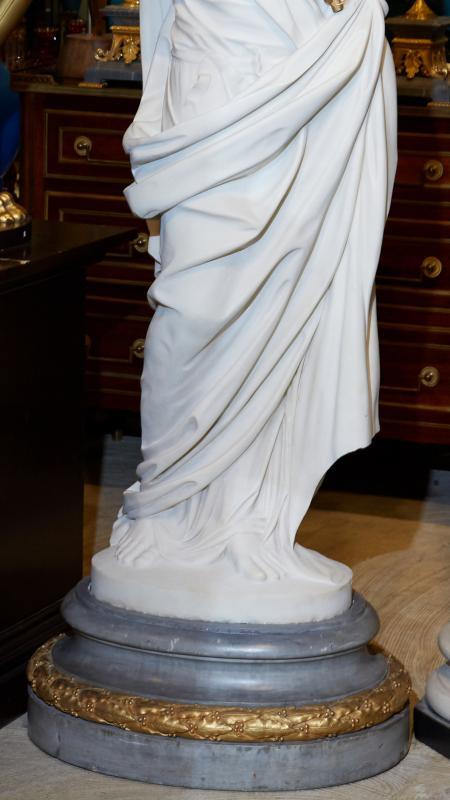 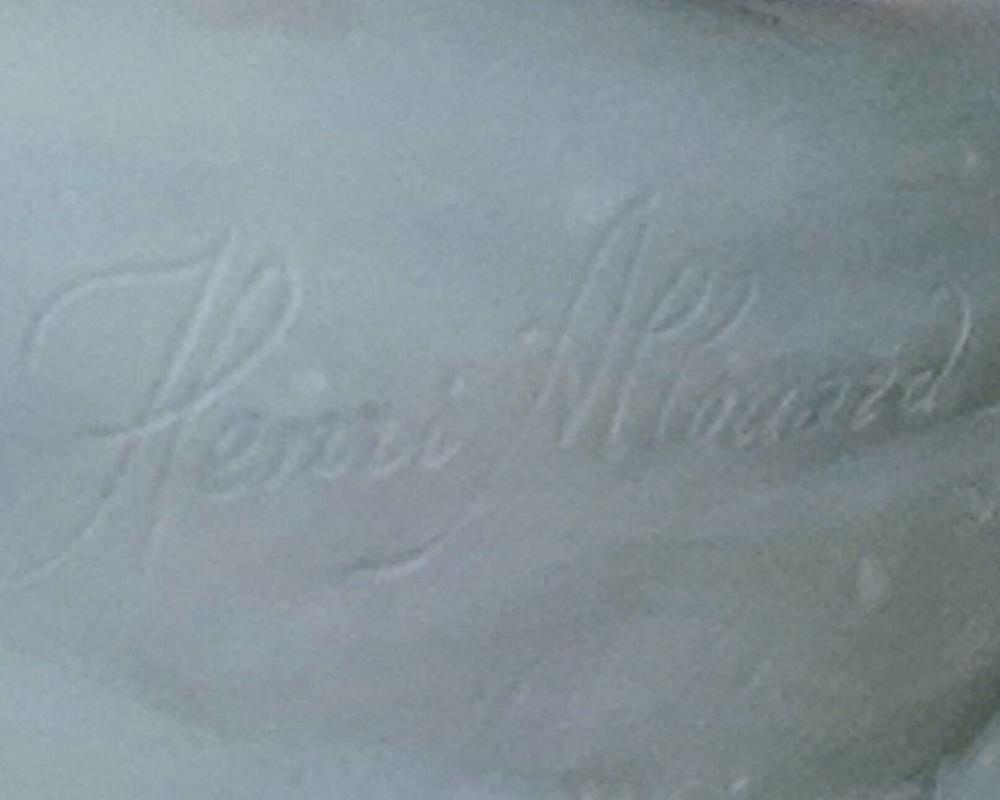 Our pair of torchieres feature lifesize marble statues of male and female figures adorned in classical Roman robes by Henri Allouard (1844-1929), holding gilt bronze branches with electrified candle arms, and set upon oval shaped bleu turquin marble pedestals decorated with gilt bronze garland of holly leaves and berries.  Each signed on rear.  A portion of the candelabra of the male figure containing a handful of candle is broken and not shown, but it is present and available for professional restoration prior to shipment.

Allouard was a student of Alexandre Schoenewerk and Eugène-Louis Lequesne, and exhibited at the Salon des Artistes Français in Paris from 1865 to 1928.   Starting in 1889 he was a member of the salon jury for sculpture and decorative arts.  His works were exhibited the universal exhibitions in the prime of his career, and won a gold meal in the Universelle Exposition in Paris in 1900. His works in marble, terracotta and cast bronze appear regularly at major auction.