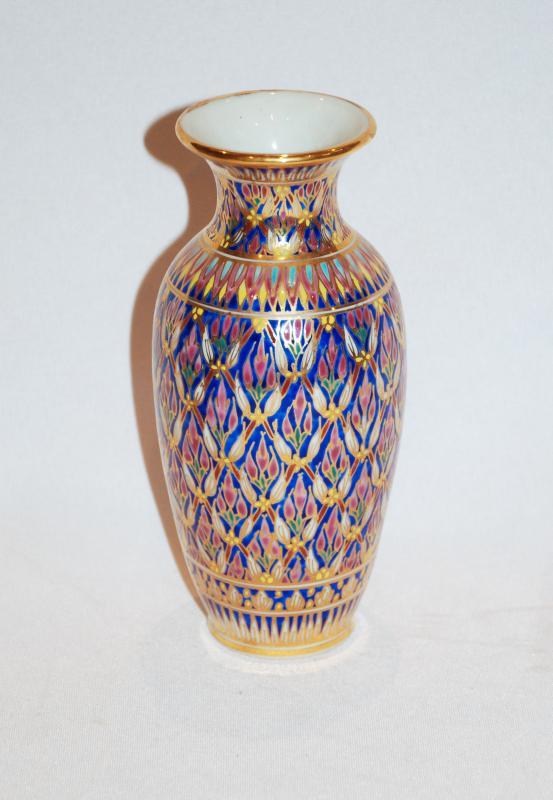 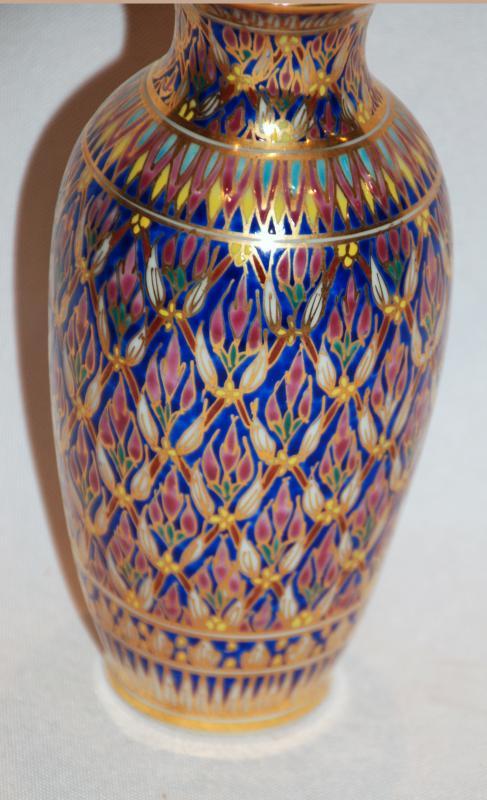 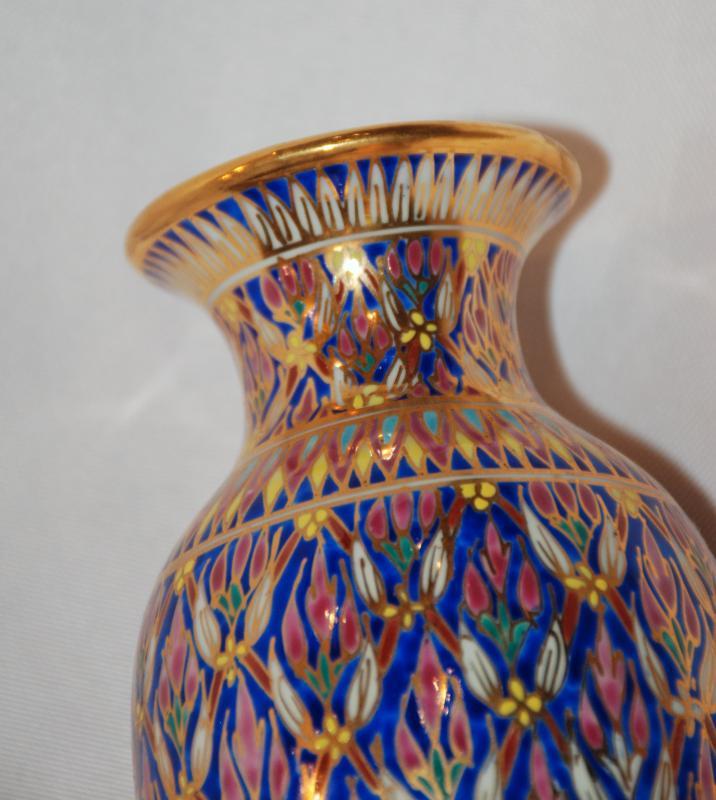 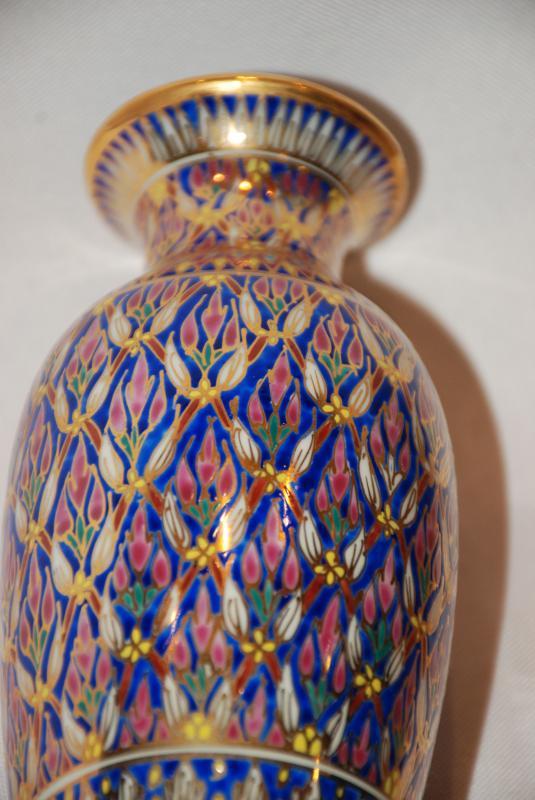 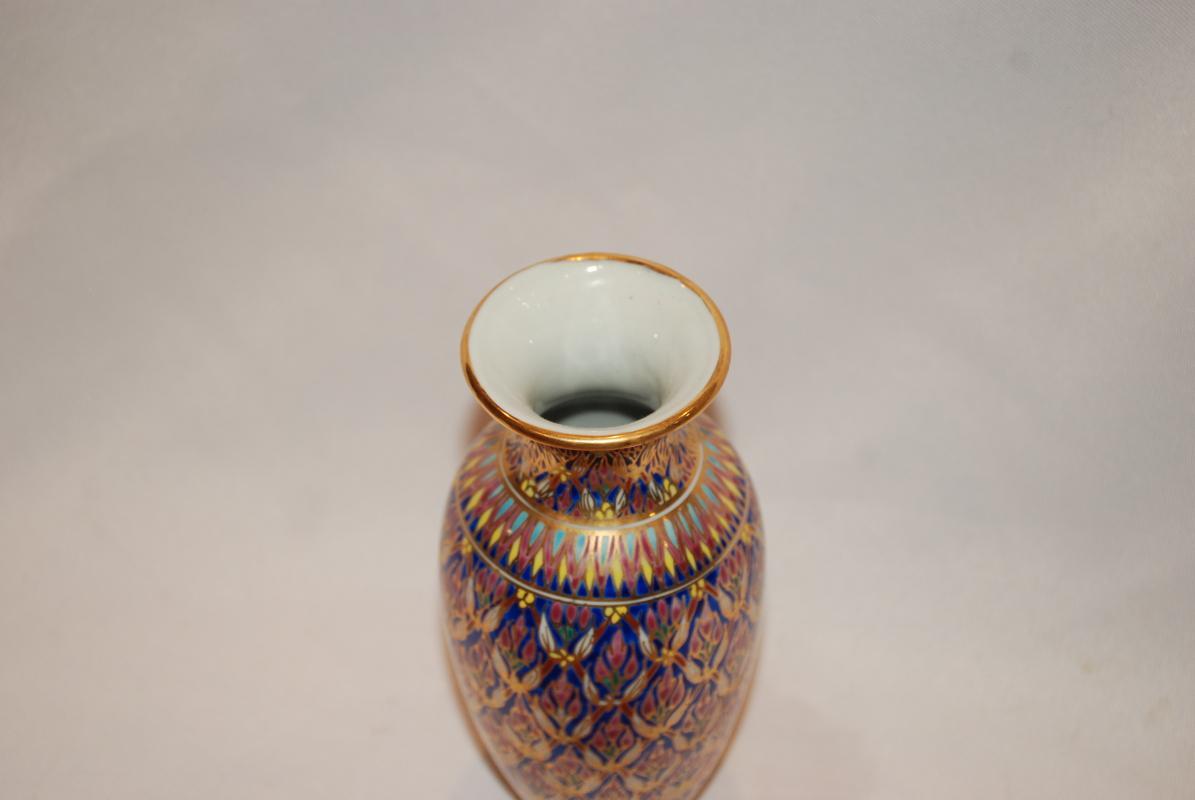 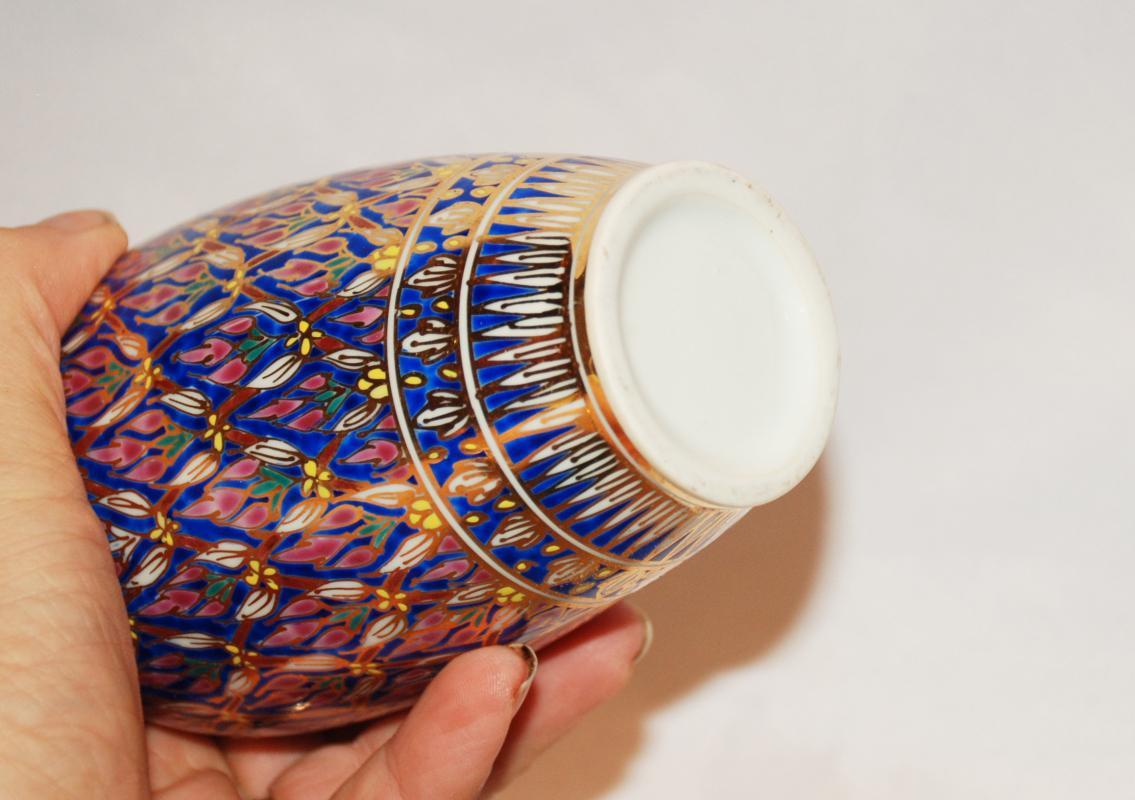 is a hand painted technique applied to bone china. The design is meticulously hand drawn on to the white china piece. Layers of enamel color are carefully hand painted, and after each layer the piece is fired. Between 3 and 8 colors are applied to each piece so it is a long and time consuming process needing the utmost skill and attention to detail. Gold paint is also added to the design and the rim of many pieces. By the end of the process of painting and firing the enamel has become a glass matrix giving a domed 3 dimensional effect.Benjarong is the china and porcelain of kings. With its centuries old history of being exclusively for royalty, Benjarong only became available to the general public in the 20th century.According to tradition Benjarong came to Thailand from China during the Ming Dynasty (1368 – 1644), and was exclusively for the royal court. Thailand has a long reigning royal family moving thru numerous dynasties and was never colonialized. It is against this backdrop of history that Benjarong has survived. Having originally been imported from China Benjarong took on its own Thai style when it began to be produced in Thailand.For hundreds of years the skills of small groups of artists have been passed down from generation to generation to acquire the style that is the Benjarong of today. Designs with Chinese origins tend to be more free form as opposed to the more structured and geometric Thai designs. New designs were developed particularly during the reigns of King Rama 11 (1809 – 1824) and King Rama V (1868 – 1910). It was also in the reign of King Rama V that the techniques for making bone china were learned from England, and he allowed Benjarong to be used by the aristocracy and other privileged classes. The current King, King Rama 1X (1946 – present) early in his reign declared that Benjarong should be available to all.Benjarong is hand painted in the traditional manner and its name derives from Bali and Sanskrit words “Benja” and “rong” meaning five colors. Originally these colors would have been red, yellow, green, blue and white but over time other colors have been included. During the reign of King Rama 11 a style known as “Lai Nam Thong” was particularly popular which included the use of 18 carat gold to accent the piece. There are many different designs used but the main characteristic of Benjarong is the densely painted designs with an enameled relief glaze which produces a distinctive, fascinating, tactile appearance to the porcelain. The patterns and designs used are often around traditional Thai motifs such as the rose and the lotus flower as well as emblems of the royal dynasties such as The Garunda.Down through the history of Thailand through the Ayutthaya Period through to the current Rattanakosin period Benjarong porcelain has been there developing its unique character and design to be the rich treasure that it is today.