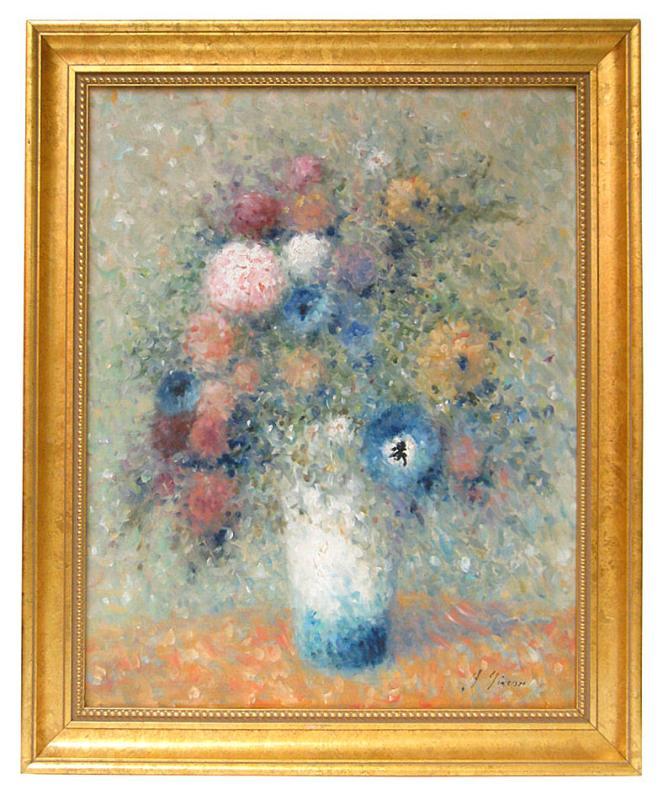 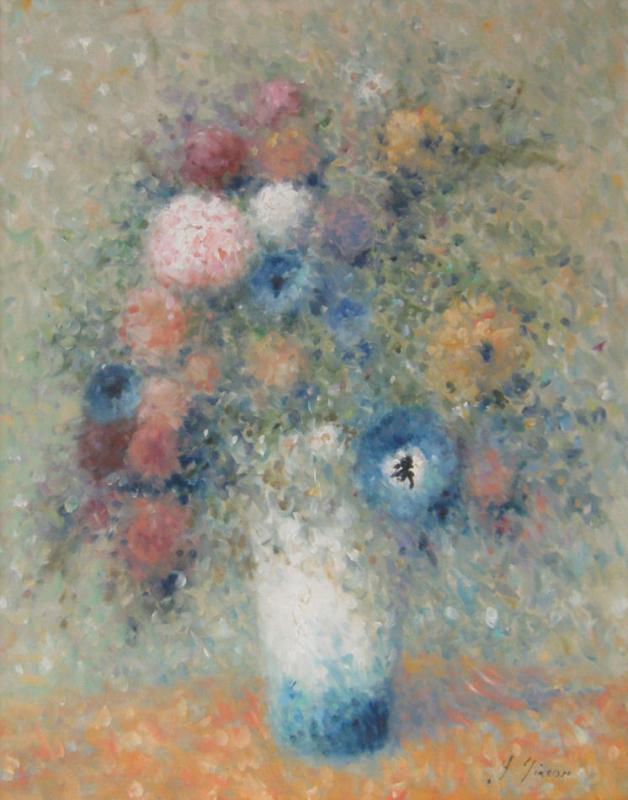 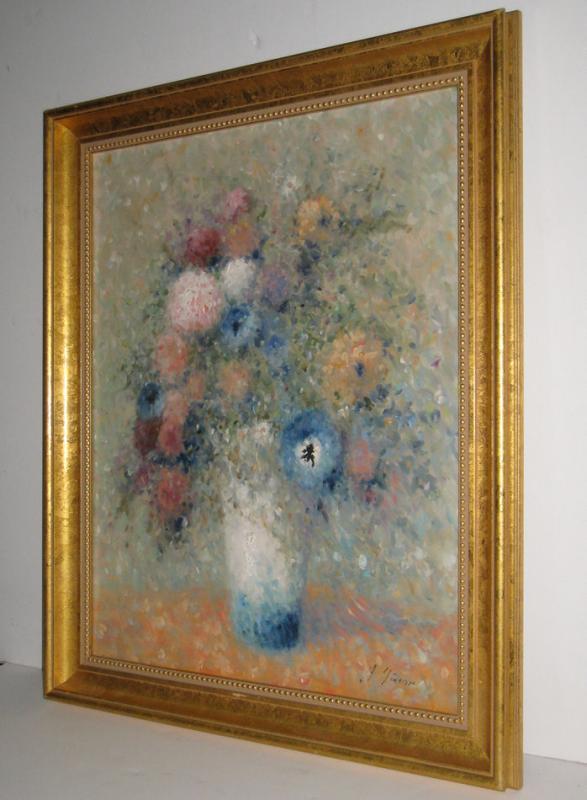 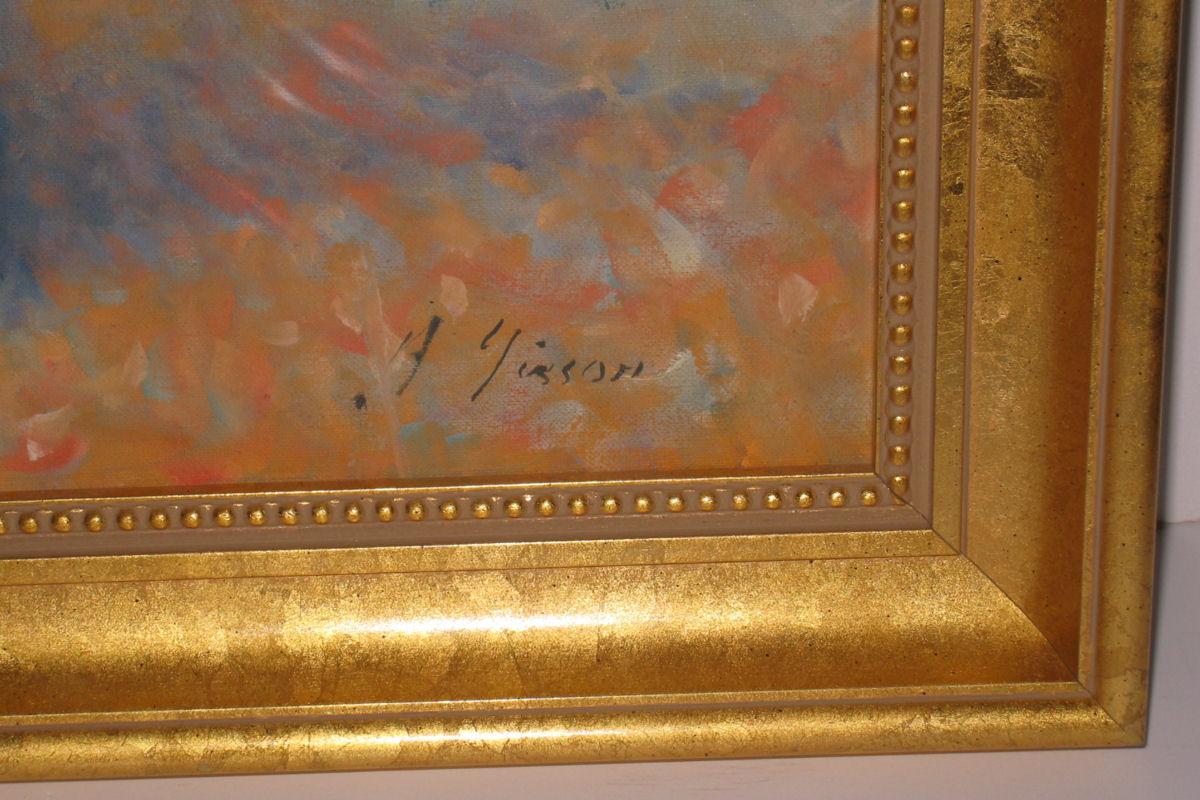 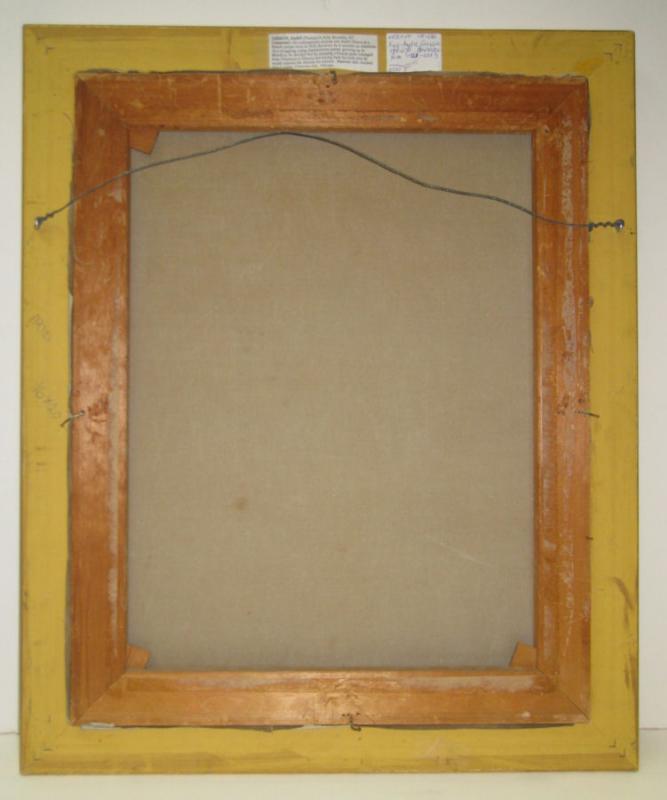 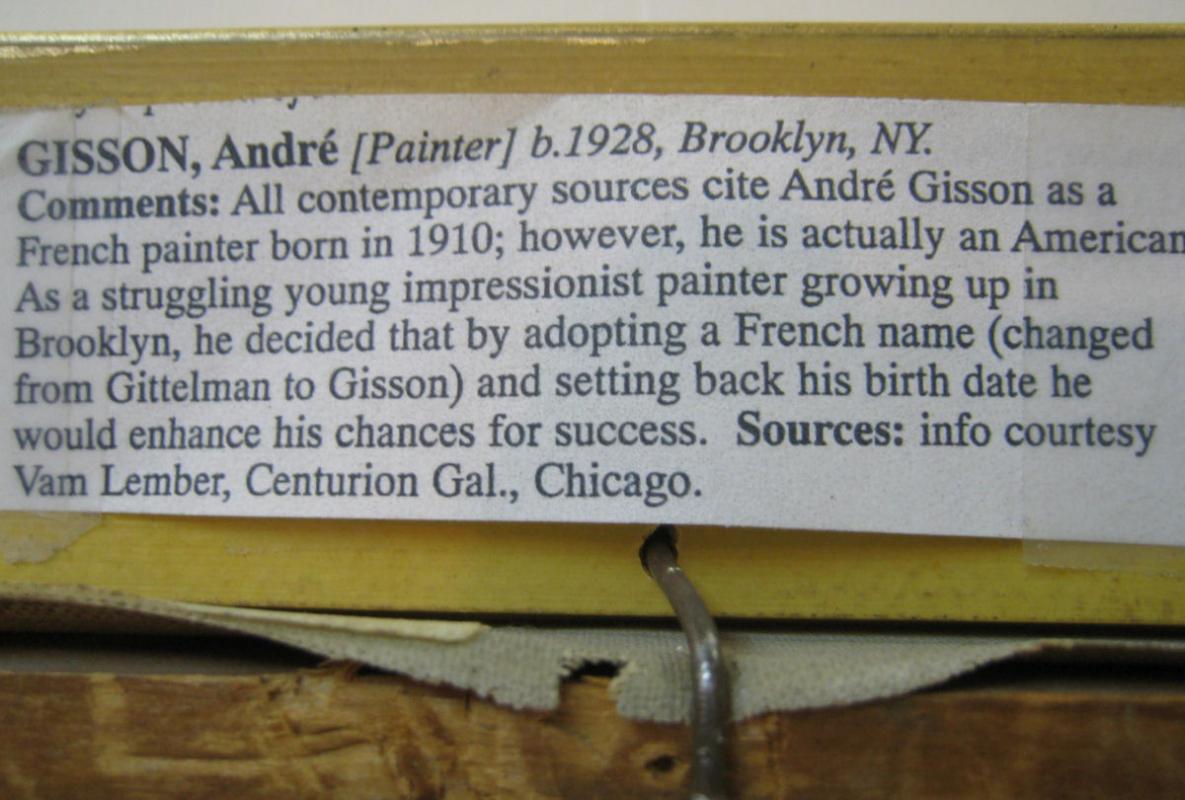 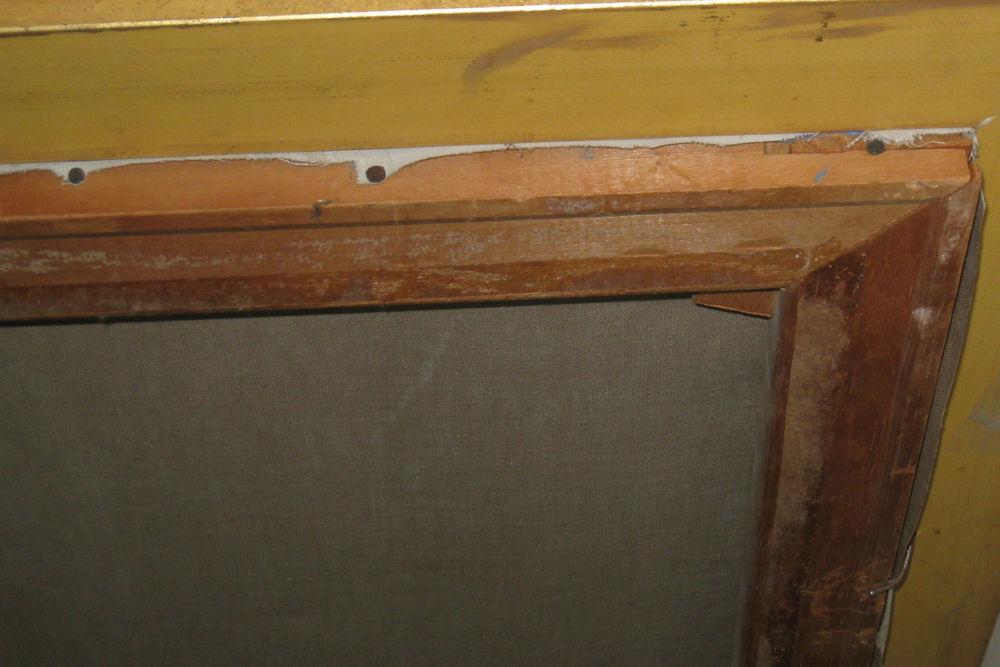 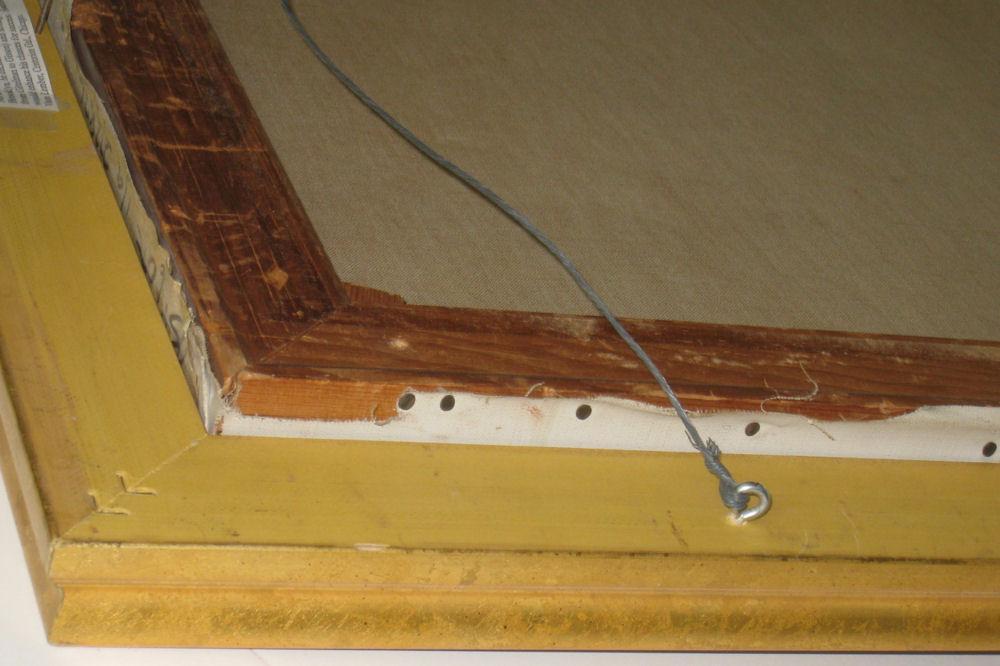 This is a beautiful floral still life by the American painter, Andre Gisson (1928-2003).  Stretcher measures 16 by 20 inches and the frame measures 19.5 by 23.6 inches.  Canvas is clean and in excellent condition.  There are some tears to the edges of the canvas as seen in our images.  Gisson was born Anders Gittelson in Brooklyn, New York, and lived for much of his life in Wesport, Connecticut.  He graduated from Pratt and shortly thereafter joined the U.S. Army.  While serving overseas he is said to have studied the Impressionist masters in Paris, before returning to New York city to pursue his fine art career.  He changed his name and stated year of birth to 1910 to boost his career.  He travelled extensively throughout Europe and the Far East, and held one-man exhibits in New York, Washington, London, and Tokyo.  He is known for his landscapes, including views of city streets and coastlines, and still lifes.  His floral still lifes often exhibit a Japanese influence which can be seen in our client's painting here. He is listed in Who Was Who in American Art (2003) and the Benezit Dictionary of Artists.