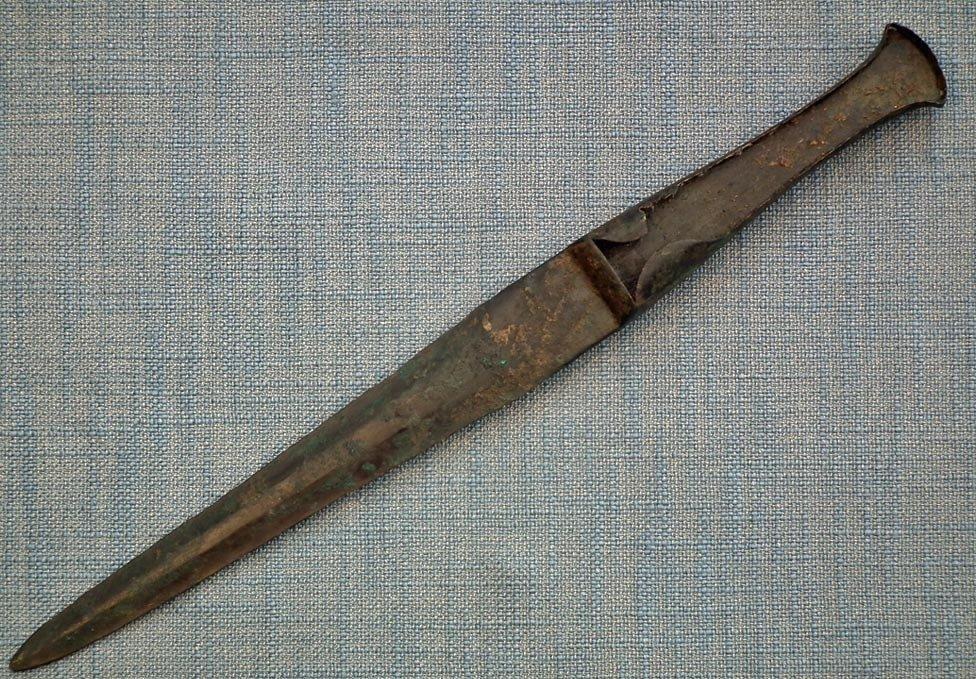 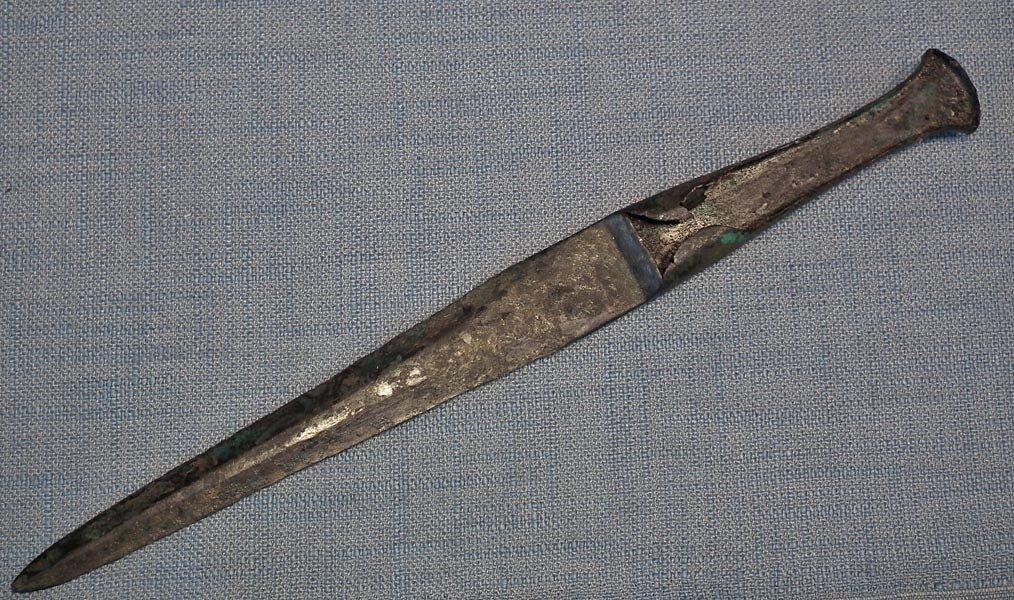 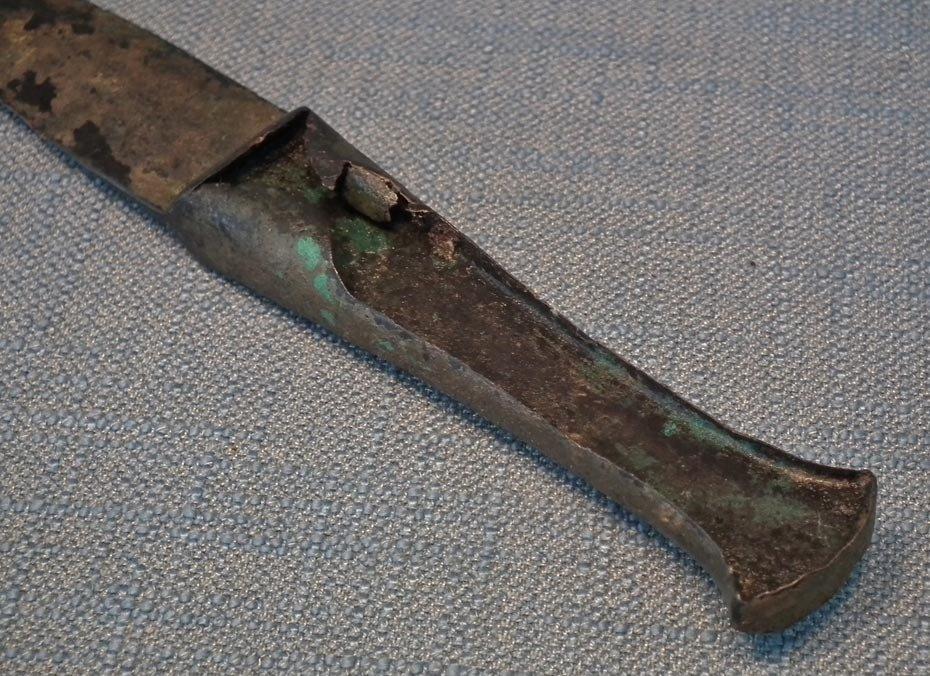 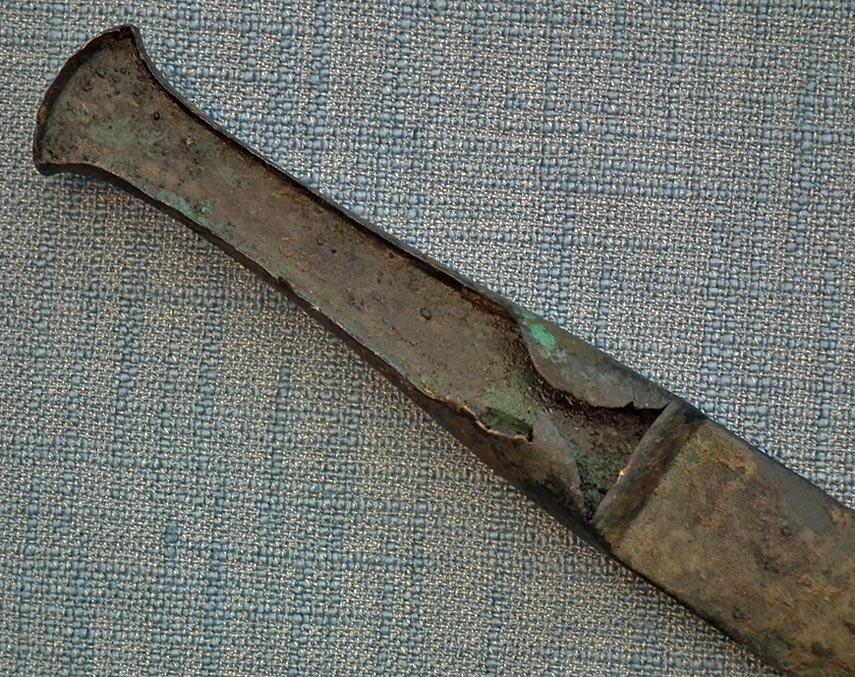 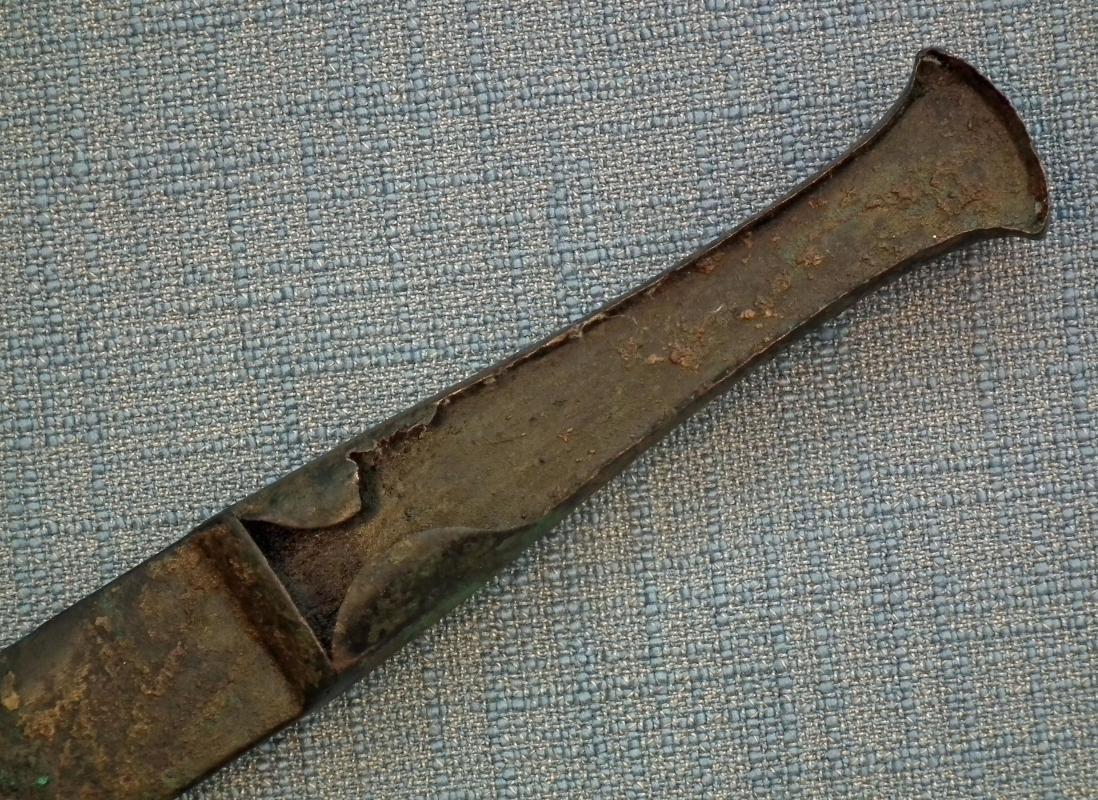 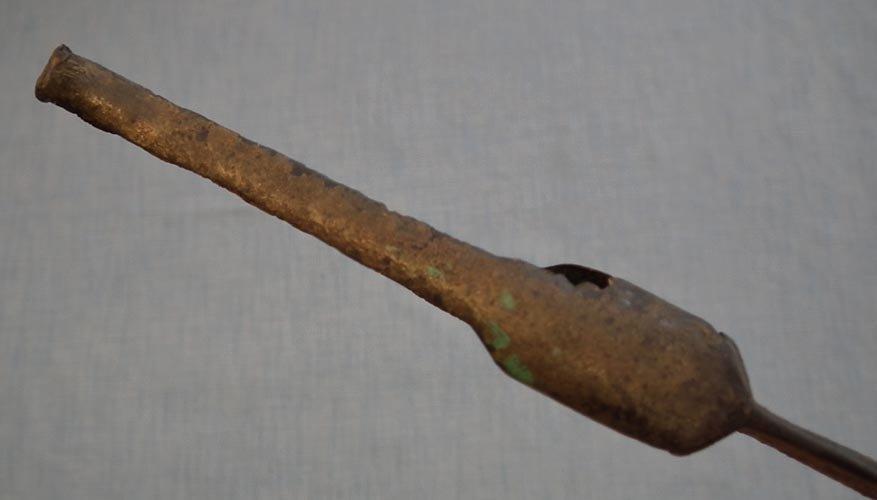 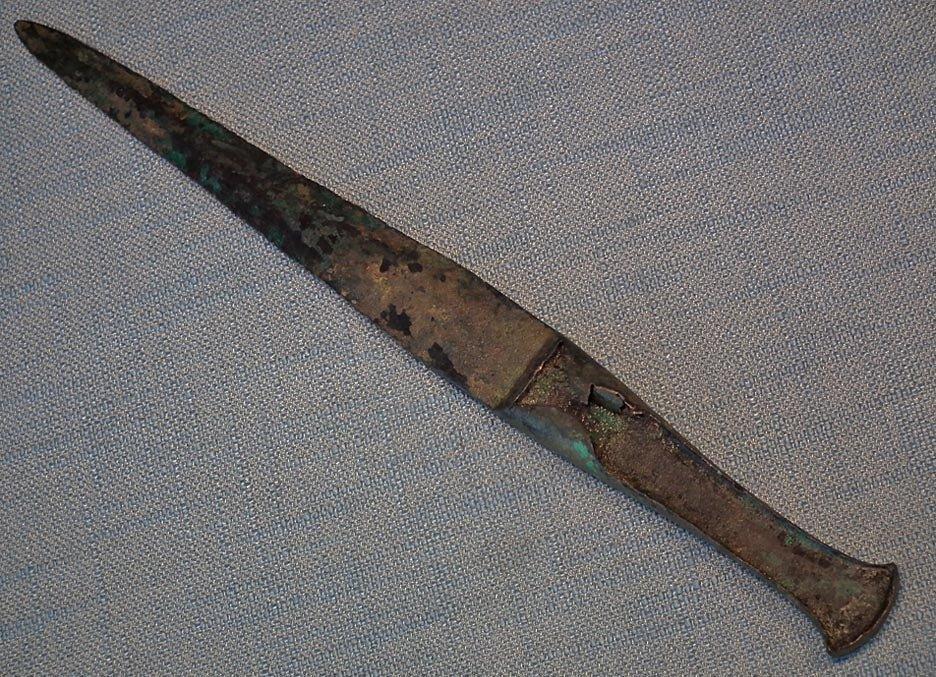 Authentic ancient Luristan, Babylonian type bronze sword circa 1200 -1000 BC. A flanged hilt and blade finely cast in one piece. A very fine example of an authentic Ancient Luristan bronze dagger, of elegant form, from the Bronze Age circa 1200 -1000 BC. A tapering double-edged blade, a shaped hilt with an elliptical pommel, hollowed on each face for a pair of grip-scales. In the period when the sword was used, the handle would have had a bone or wooden insert, but these never survive three thousand years of time.

REFERENCES: This form of dagger is referred to in references as Luristan, since the daggers were found in Luristan, but probably in fact are Babylonian. Quite a few of the daggers which are in the Musée du Louvre, British Museums, Teheran Museum, and in Mrs. Christian Holmes’ collection, are with inscriptions on the blades bearing the names of Babylonian kings of the Fourth Dynasty as Nebuchadnezzar I, Marduk-Nadin-Ahhe, Adad-Apal-Iddina, where according to the book by Ernest E. Herzfeld, "Iran in the Ancient East", page 134, they belonged to Babylonian soldiers holding fiefs in Luristan. Similar daggers are published in the following references:

1) A Survey of Persian Art: from Prehistoric Times to the Present" by Arthur Upham Pope Volume VII

2) Iran in the Ancient East by Ernest E. Herzfeld

5) Similar dagger WITH CUNEIFORM INSCRIPTION 'Belonging to Marduk-Nadin-Ahhe, King of Babylon, King of the Universe, King of Sumer and Akkad', is published in Christie’s catalog “Antiquities “6 July 2016, lot 32. Which, also, can be viewed on line, please see the link below.

To view related Babylonian swords in the Museums please see the link below:

We will also provide the buyer with photocopies of the pages from the mentioned references together with a certificate of authenticity.

CONDITION: Excellent; no cracks, or repairs, the surface is covered by a light patina and earth encrustation

PROVENANCE: From an old Canadian collection of Antique Arms and Armour