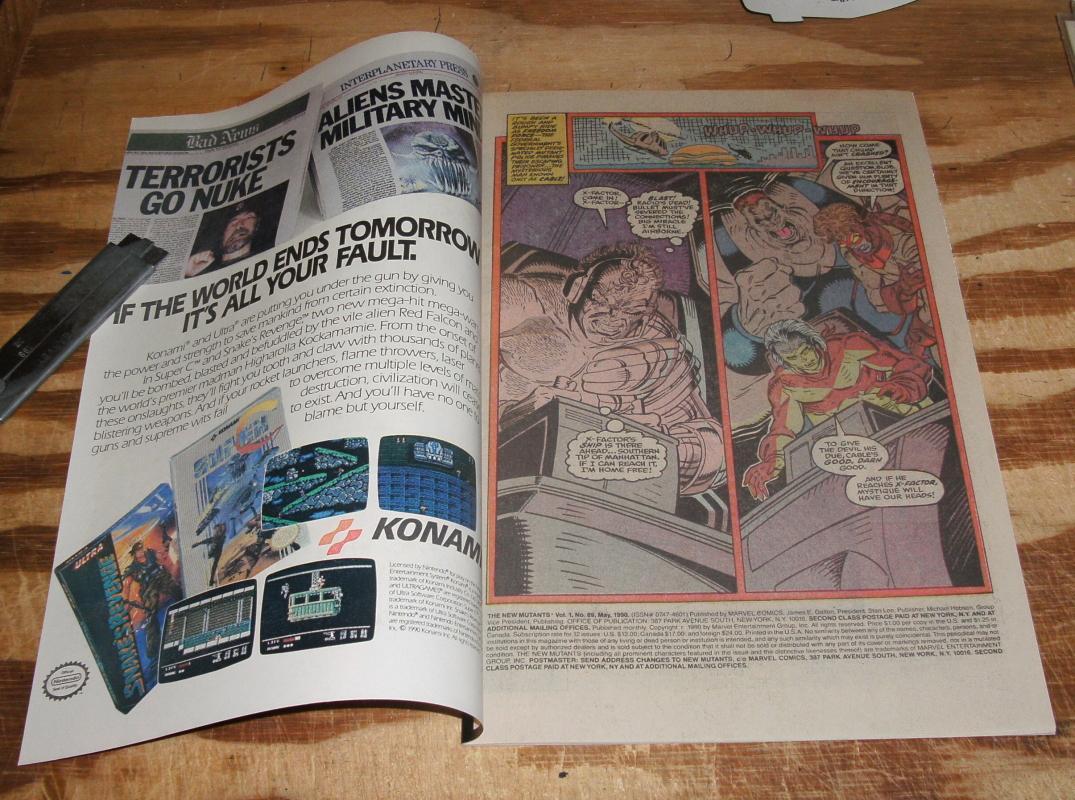 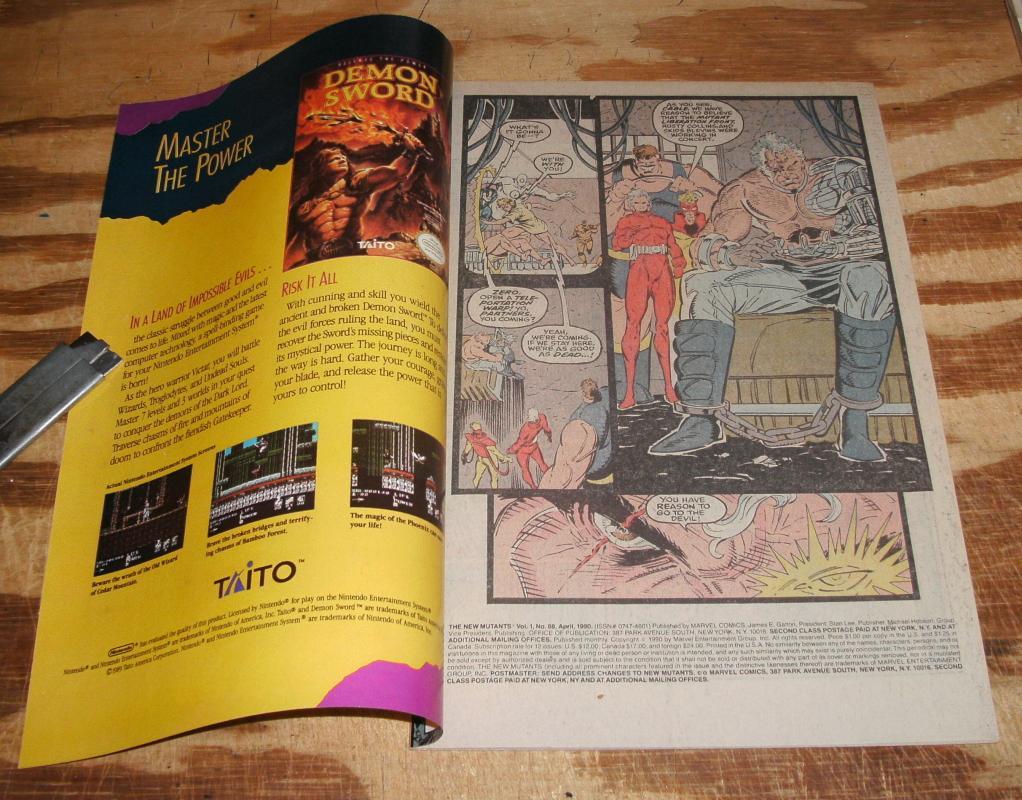 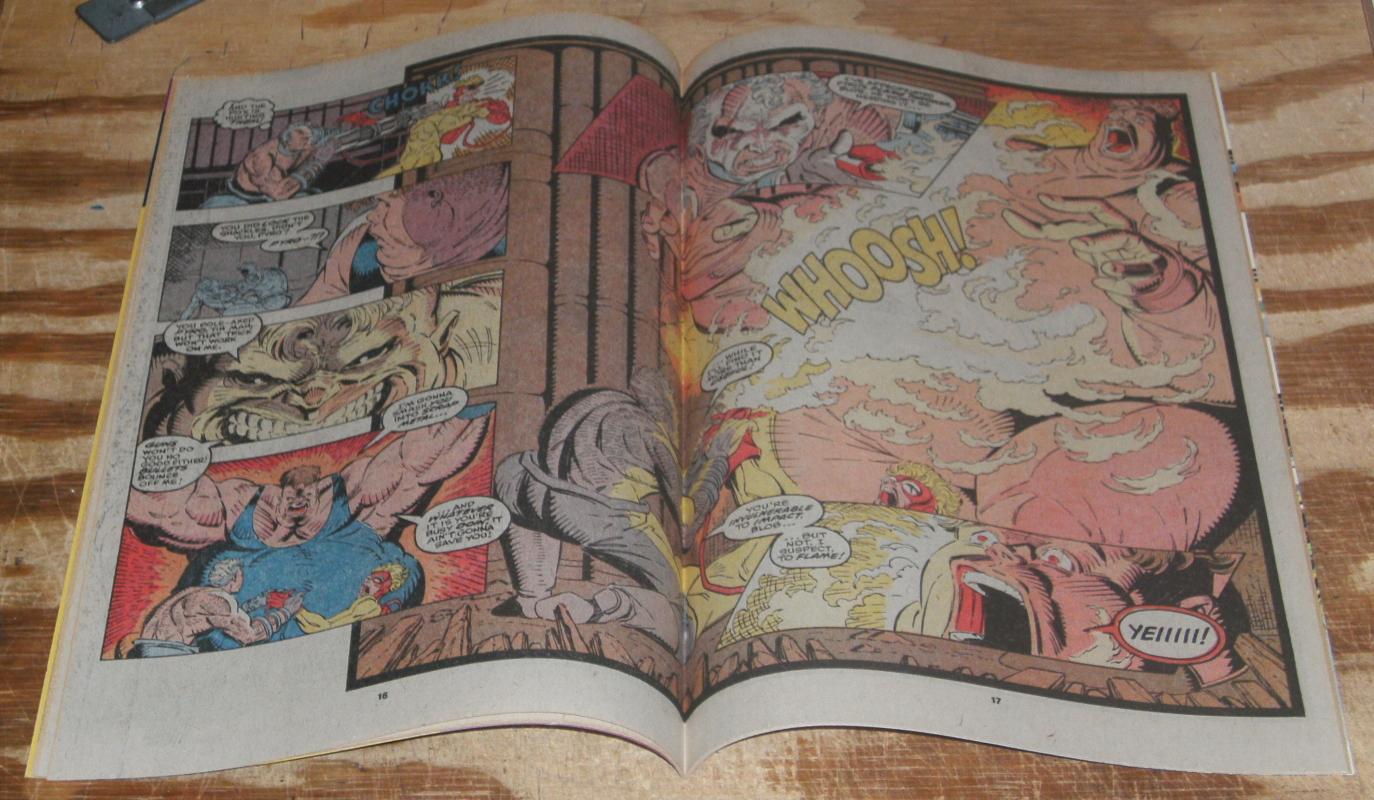 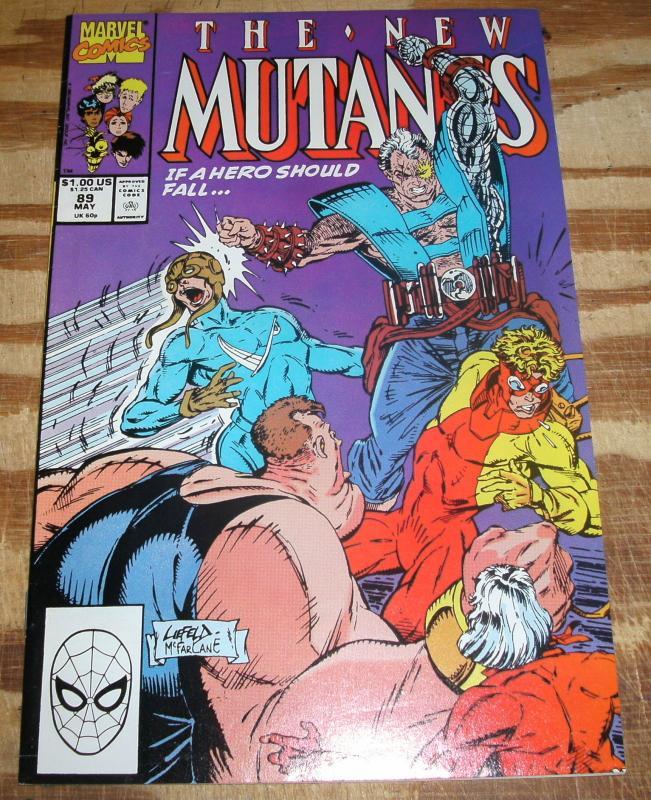 Cable manages to elude Freedom Force for sometime after they shoot each other’s helicopters out of the air. The New Mutants try to console Wolfsbane who is upset that Moira MacTaggert is coming to take her back to Muir Island, so Cannonball, Sunspot and Boom-Boom go to buy Wolfsbane a farewell gift, though Boom-Boom is not too happy about Wolfsbane and Rictor being left together. They buy her a crystal wolf figurine and begin to head home, until they encounter Freedom Force, who have caught up to Cable and are beating him up in an alleyway. The New Mutants join in and Cable is impressed by their fighting abilities. The New Mutants question Freedom Force as to the whereabouts of Skids and Rusty, and are puzzled when Freedom Force claim they do not know where Skids and Rusty are. Cable reveals that he knows what happened to them, and informs the New Mutants that the Mutant Liberation Front have their teammates. Back aboard Ship, Moira has arrived to take Rahne home, but Rictor and Warlock plan to stop her by apparently destroying her helicopter. When the New Mutants and Cable arrive back, it is revealed that Cable and Moira know each other, and Cable asks Moira is Rahne can stay under his guidance, as he needs a team for an upcoming battle. Moira is not that happy about it, but gives Cable her blessing, before Warlock reveals that he pretended to be her helicopter and that it is actually not destroyed. Moira leaves, and the New Mutants are happy about staying with Cable, all except Rictor that is, who remarks to Warlock that Cable may not remember him, but he certainly remembers Cable! -