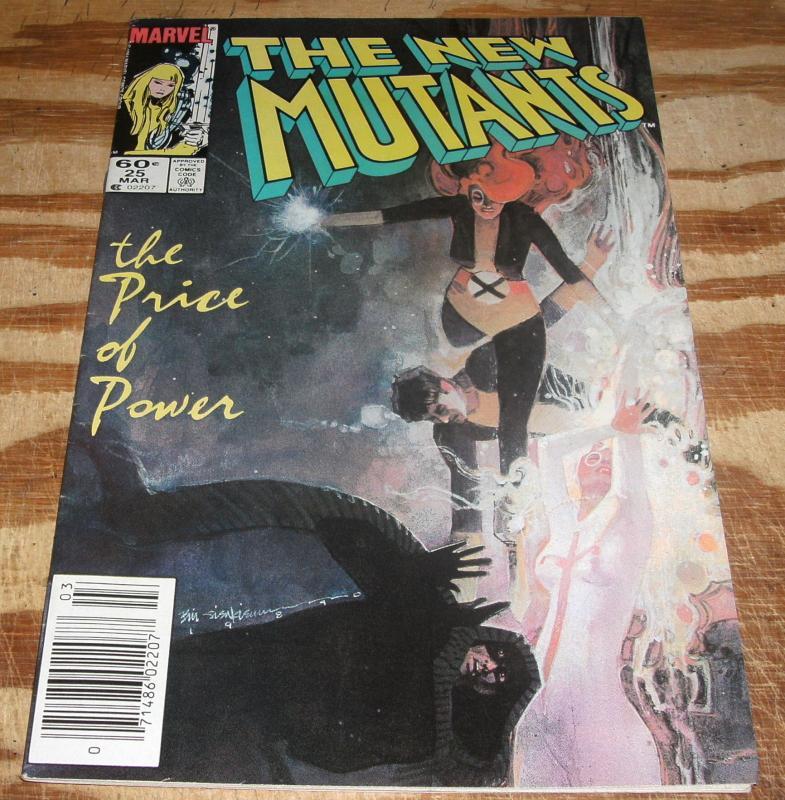 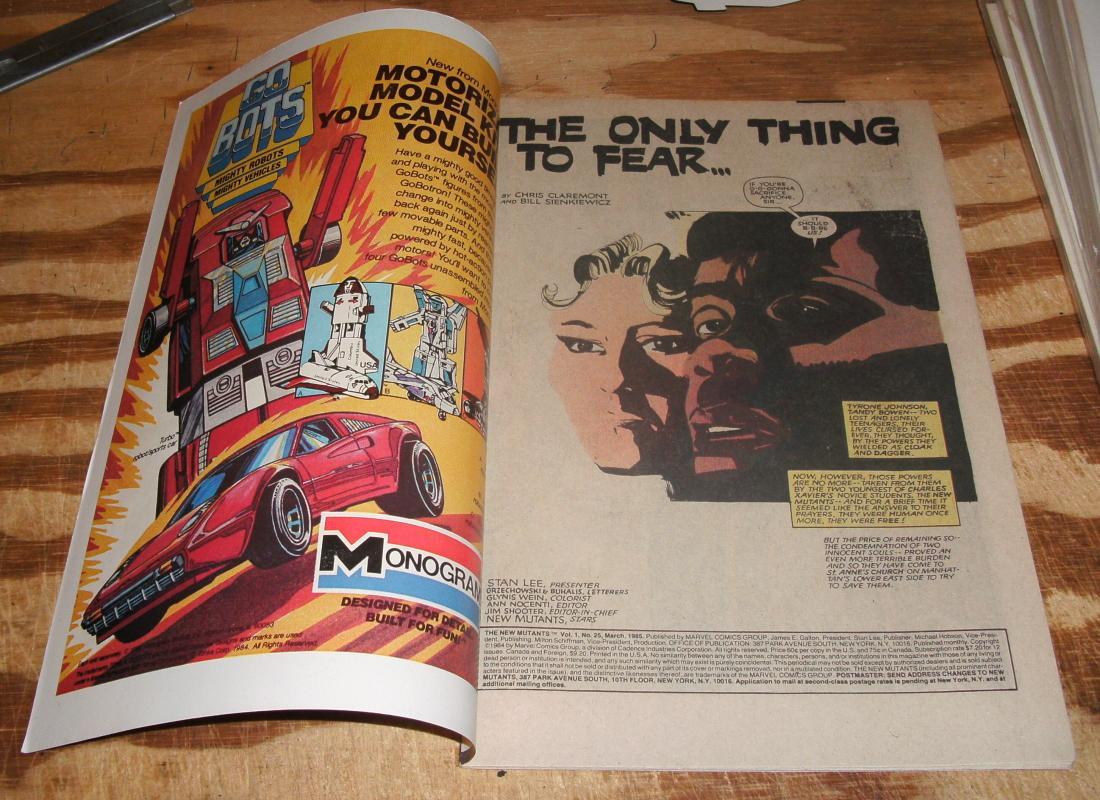 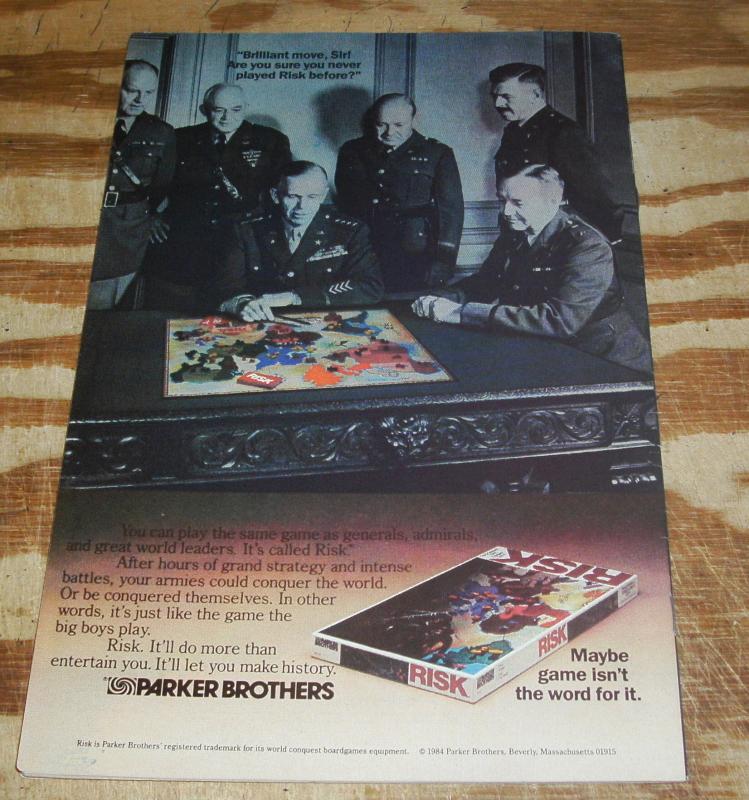 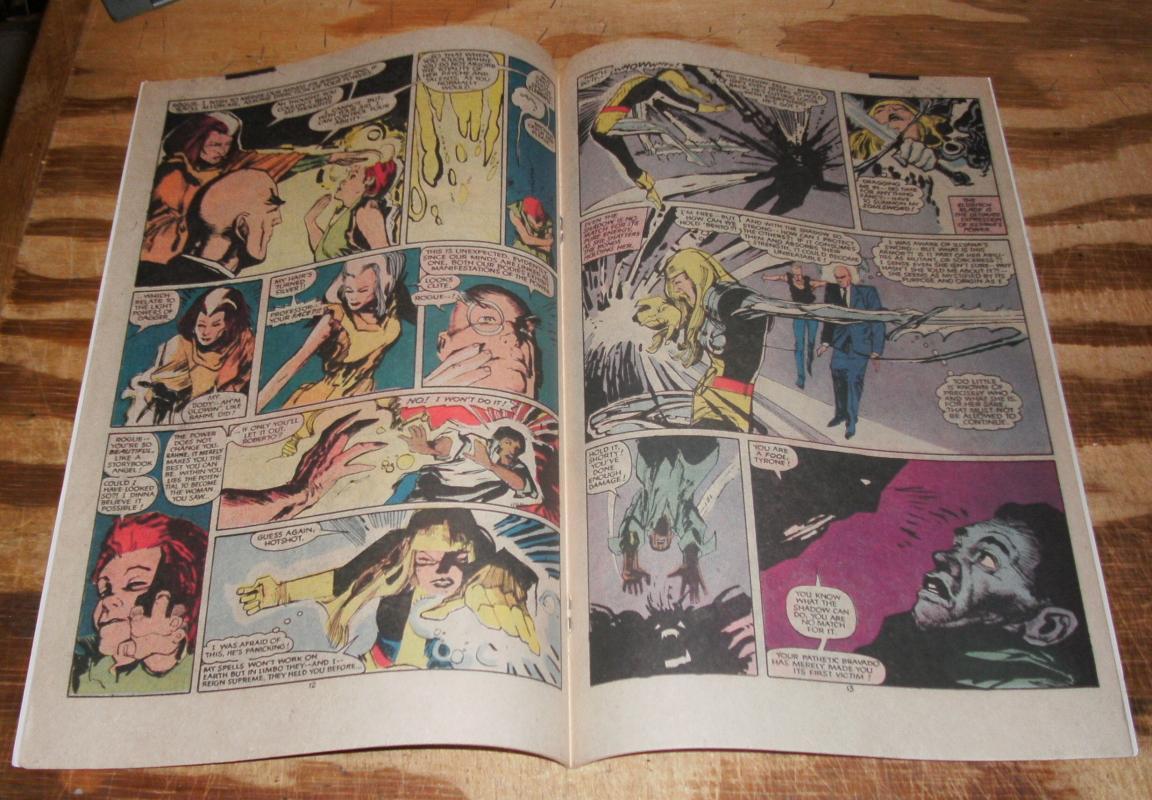 Synopsis for "The Only Thing to Fear..."

Cloak and Dagger join the New Mutants, along with Rogue and Professor X in the foyer of St. Anne's Church. There Dagger greets her uncle, Father Michael Bowen. Dagger introduces Cloak as Ty. He seems agitated and tells Dagger to leave him alone when she asks what is upsetting him. He wishes that he had his power as Cloak back and sulks in the shadows.

Illyana recounts what had happened to her, Cloak, and Dagger in Limbo. She tells Professor X that her decision to try to help remove their powers with magic. She took on the light and shadow from them and it proved to be too much for her body to take on. The powers seemed to have been taken on by the group of New Mutants. Cloak and Professor X talk about the loss of his powers and Cloak eventually agrees that he will take on the powers again.

Illyana transports the group to Limbo. There Rogue and Professor X take on the powers from the group. They start with Wolfsbane and take on the light from her. Then, Sunspot is next and the shadow that has enveloped him is not wanting to leave him without a fight. Magik summons her Soulsword and strikes out at the shadow. Cloak battles the shadow and realizes how it is when he uses his powers on others. Rogue has to intervene and take on both the light and the shadow. Magik then casts an exorcism spell. Then, everyone wakes up in the church and they realize that they are all back to normal. Cloak and Dagger take off to fight crimes again. The New Mutants are fast asleep after their ordeal and Magik falls asleep while talking to Father Bowen and Professor X.

Meanwhile, in uptown New York, a street junkie names Slick tries to give drugs to two young adults. Cloak and Dagger attack and scare Slick into fainting and Dagger calls her uncle back up and asks for a favor to look after the two young adults. Then they take off into the dawn and realize that this is who they are as heroes and fighters of crime.

The Only Thing To Fear