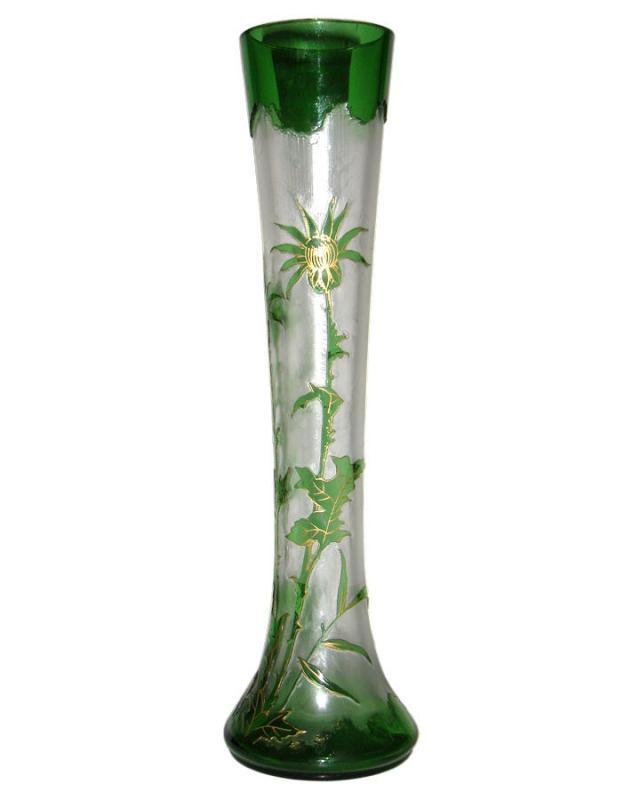 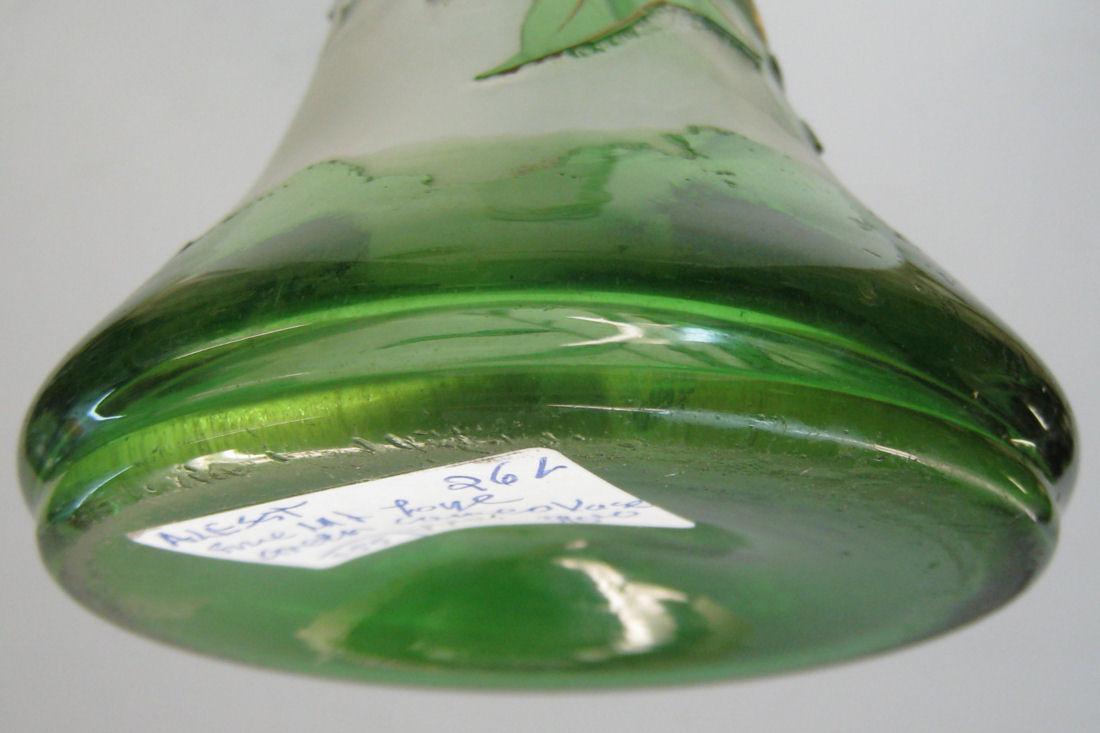 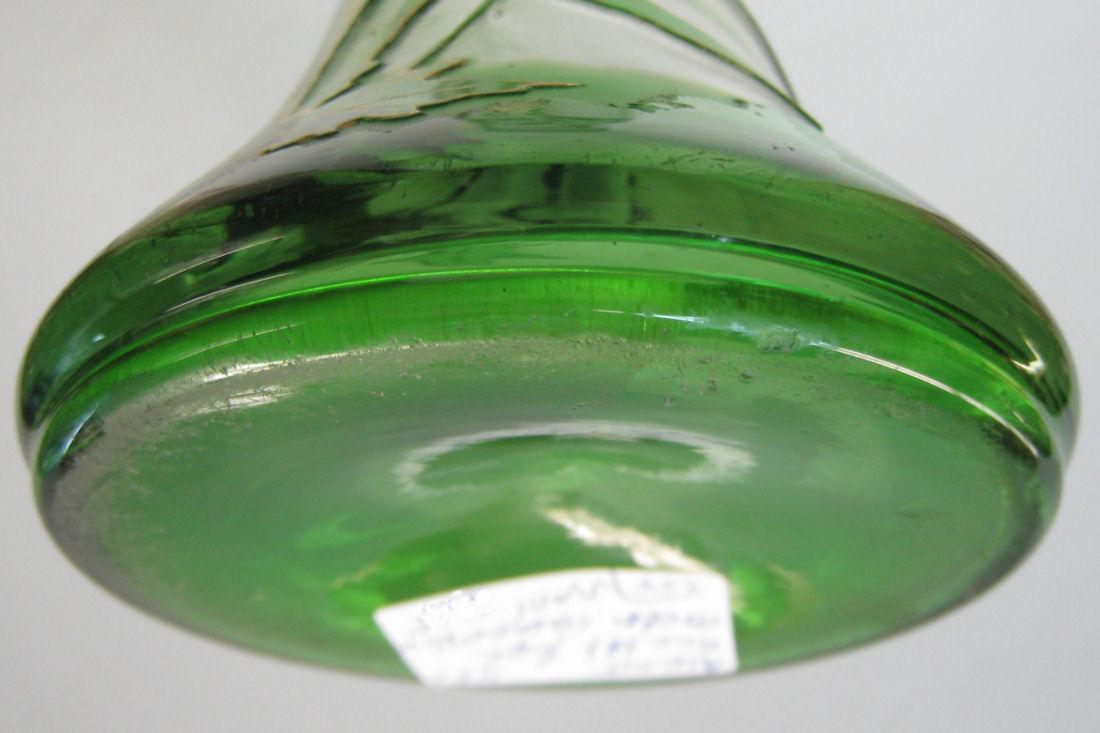 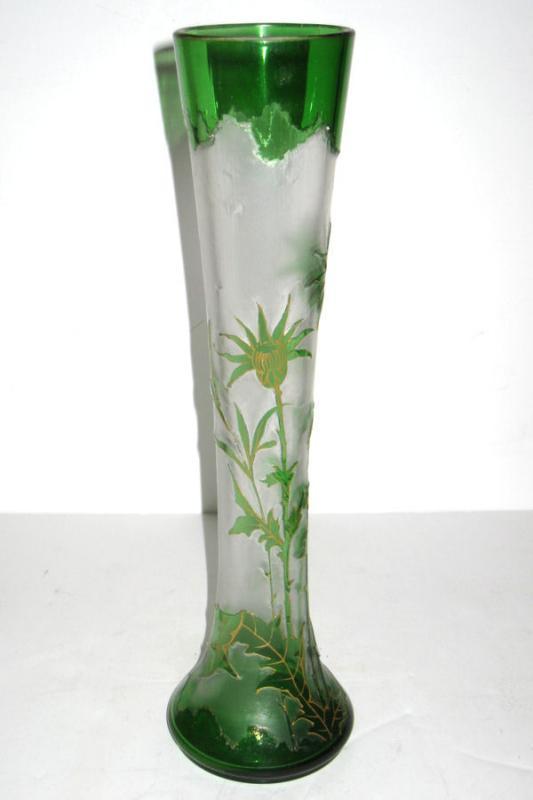 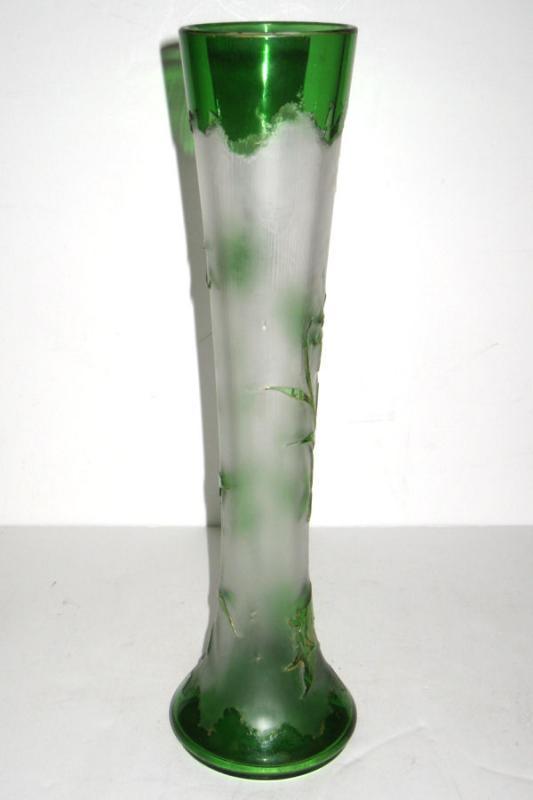 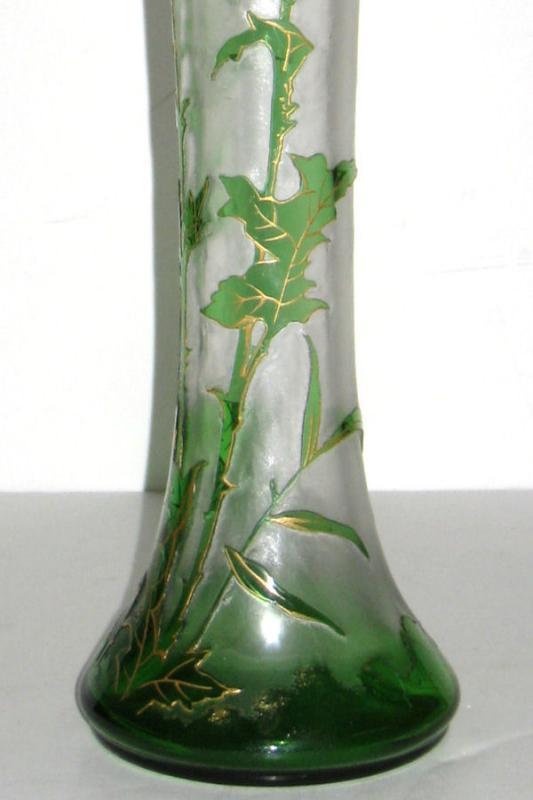 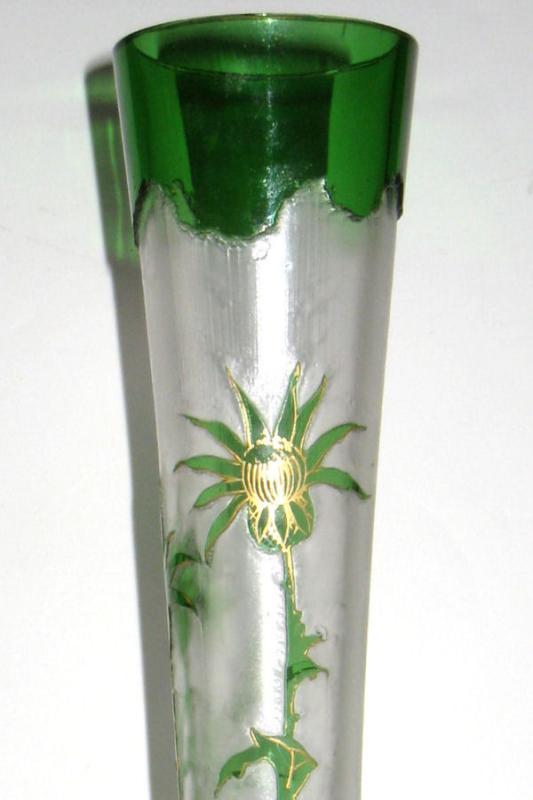 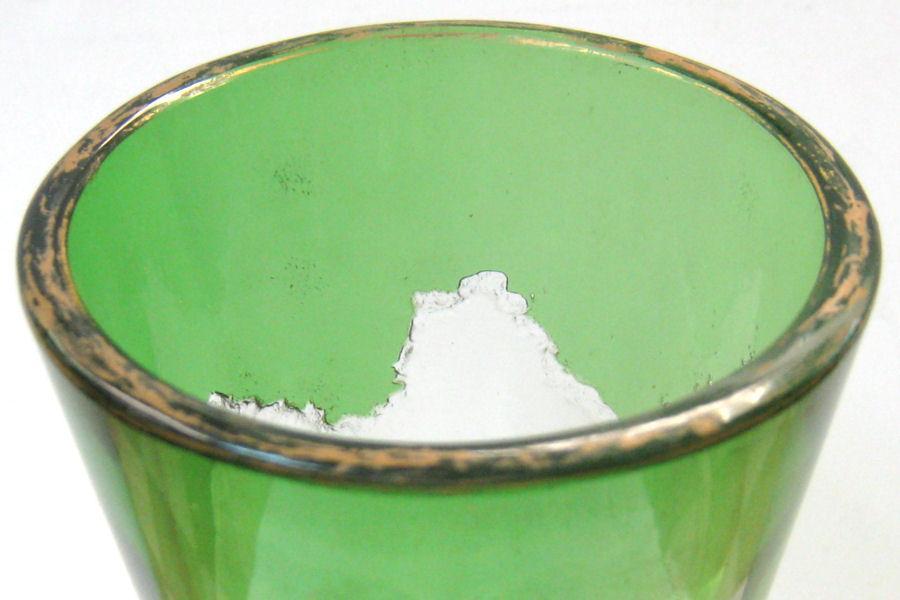 This fine antique cameo glass vase by Mont Joye (E.S. Monot) features a thistle flower motif and gilded decorations.  Measures 14.2 by 3.9 in (36 by 9.9 cm).  Condition is very good.  There is wear to the gilded along the rim, and some visible flea bite chips along the edge of the underside, consistent with age.  There are no visible cracks nor deep scratches. E.S. Monot in la Villette outside Paris founded his firm in 1850.  In 1859 it became known as Cristallerie de la Villette and moved to Pantin.  In 1868 it was renamed Monot et Stumpf and in 1878 Monoto's son joined the firm and it became Monot, Pere et Fils et Stumpf.  In 1894 the firm changed its name to Stumpf, Touvier, Violette & Cooye.  The firm produced cameo glass under the names de Vez, Pantin and Mont Joye.