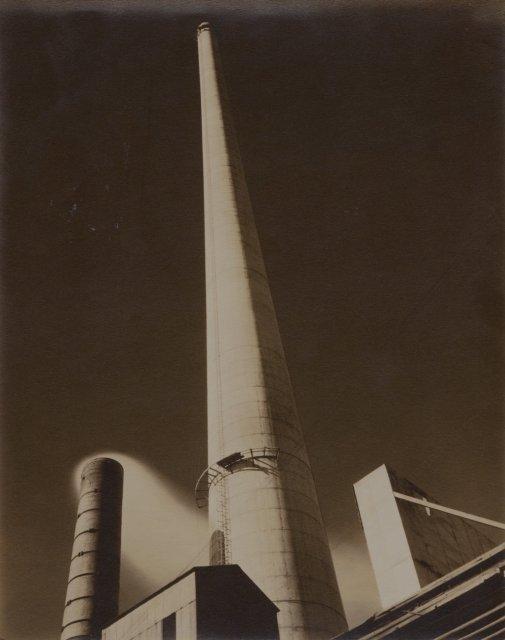 Moulin Studios stamp on verso, along with pencil notations, one of which reads "Put in service Oct. 4, 1937". A dramatic view of the commercial smoke stacks, done in the style of the European modernists. Gabriel Moulin was a very successful commercial photographer working in the San Francisco during the first half of the 20th century. The studio still exists today, now run by the third generation of the family. Their archive of images represents an extensive visual history of San Francisco and the Bay Area in the 20th century.