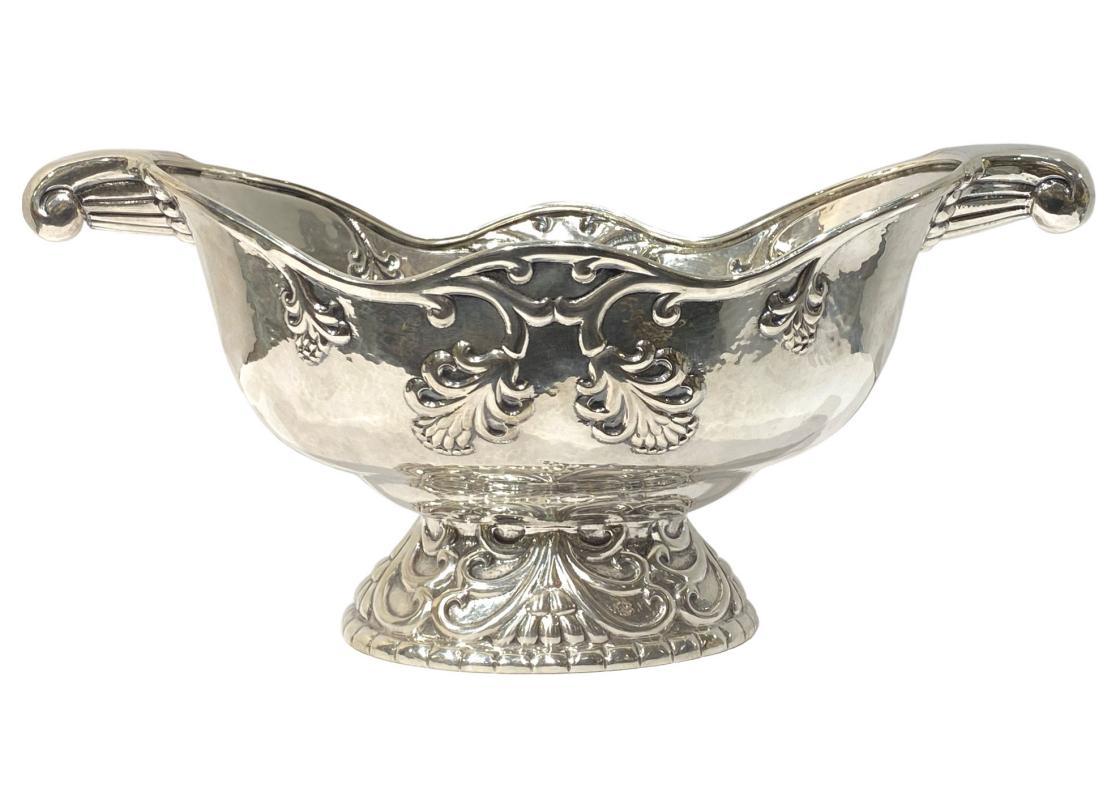 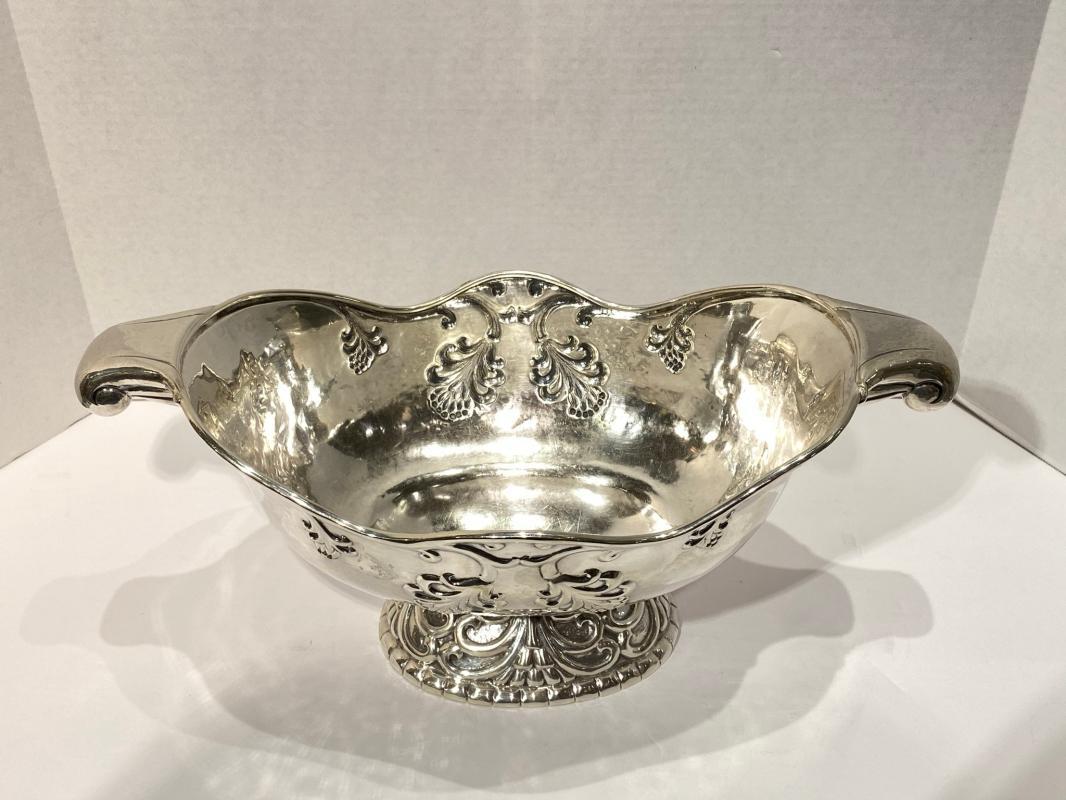 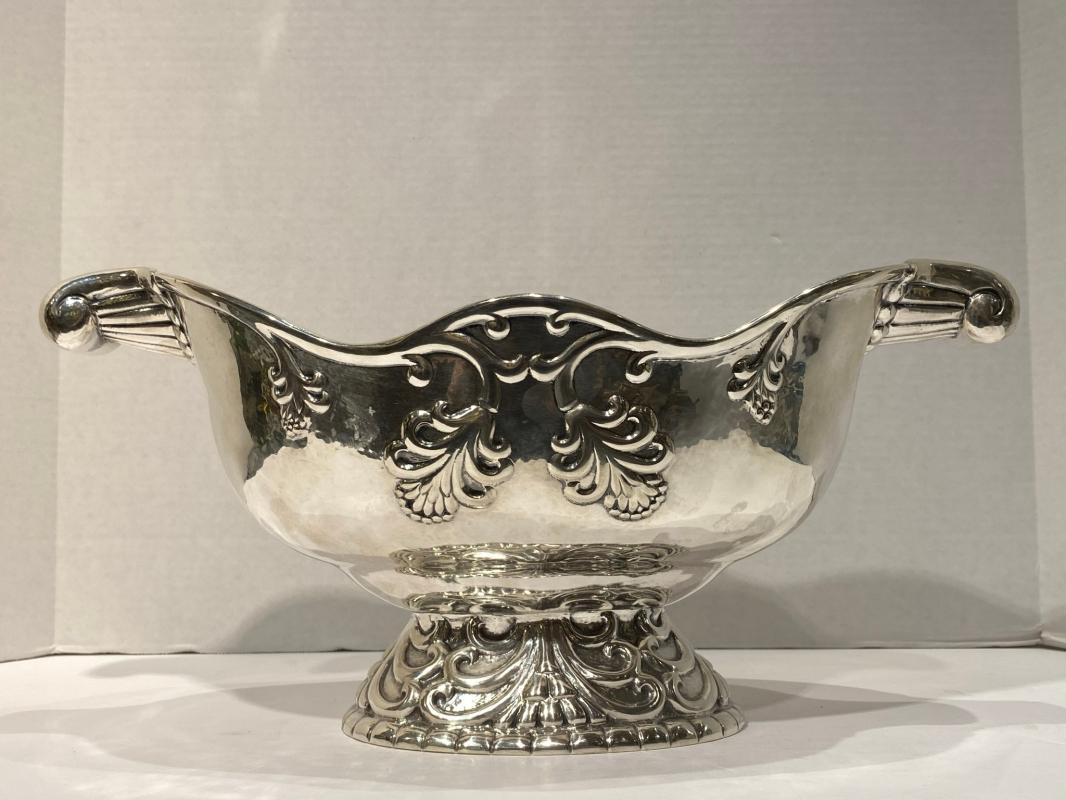 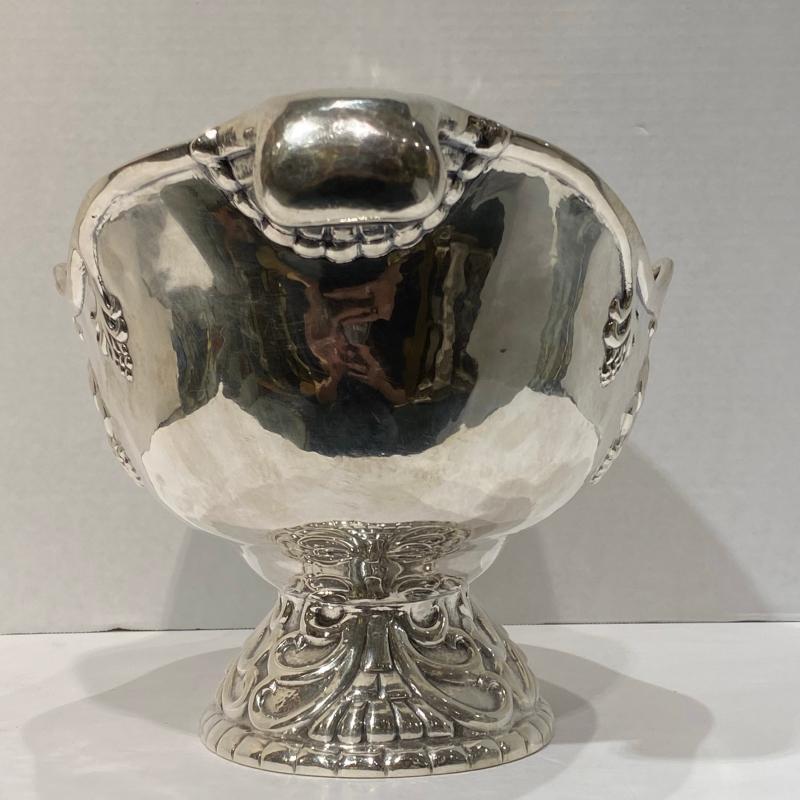 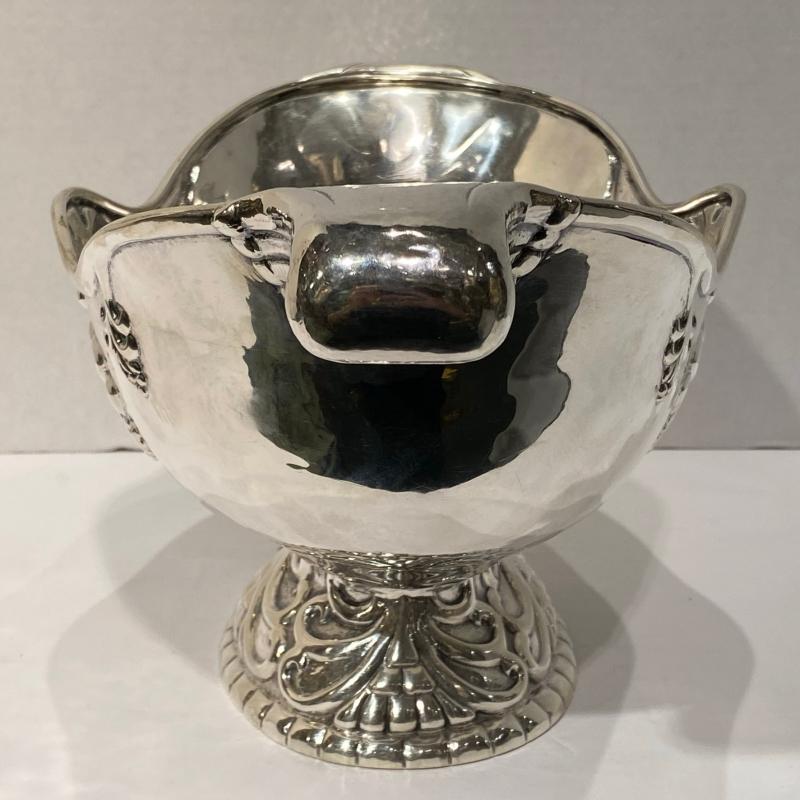 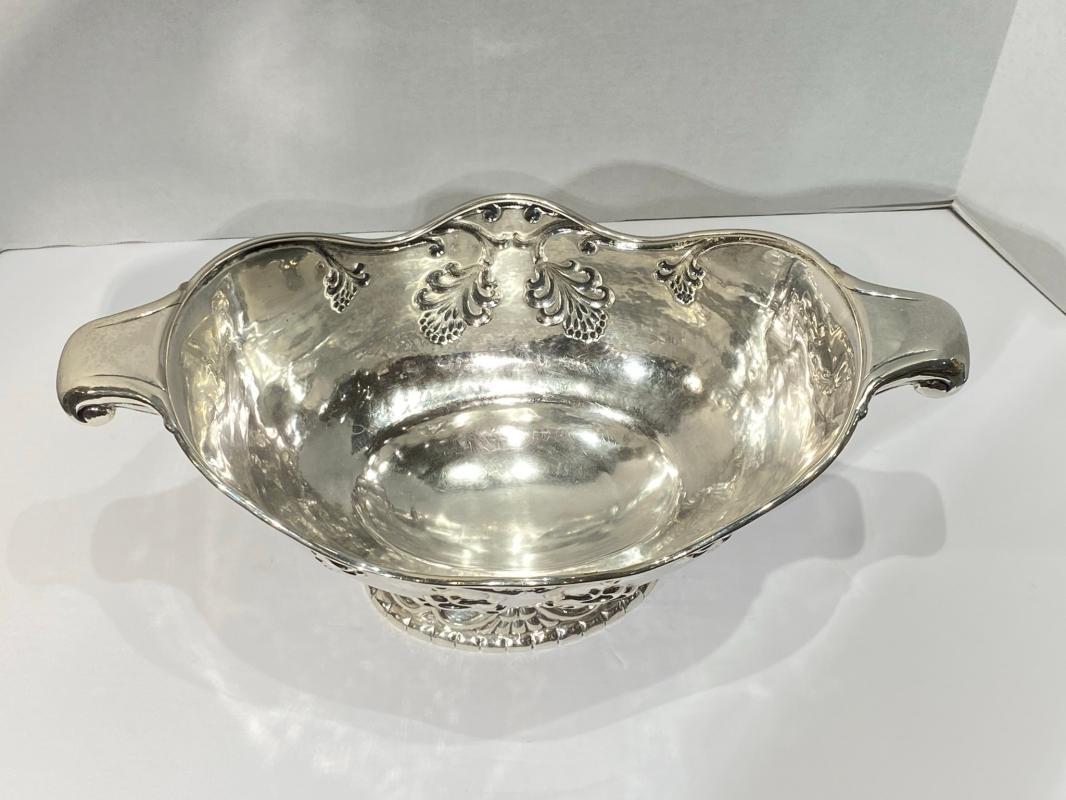 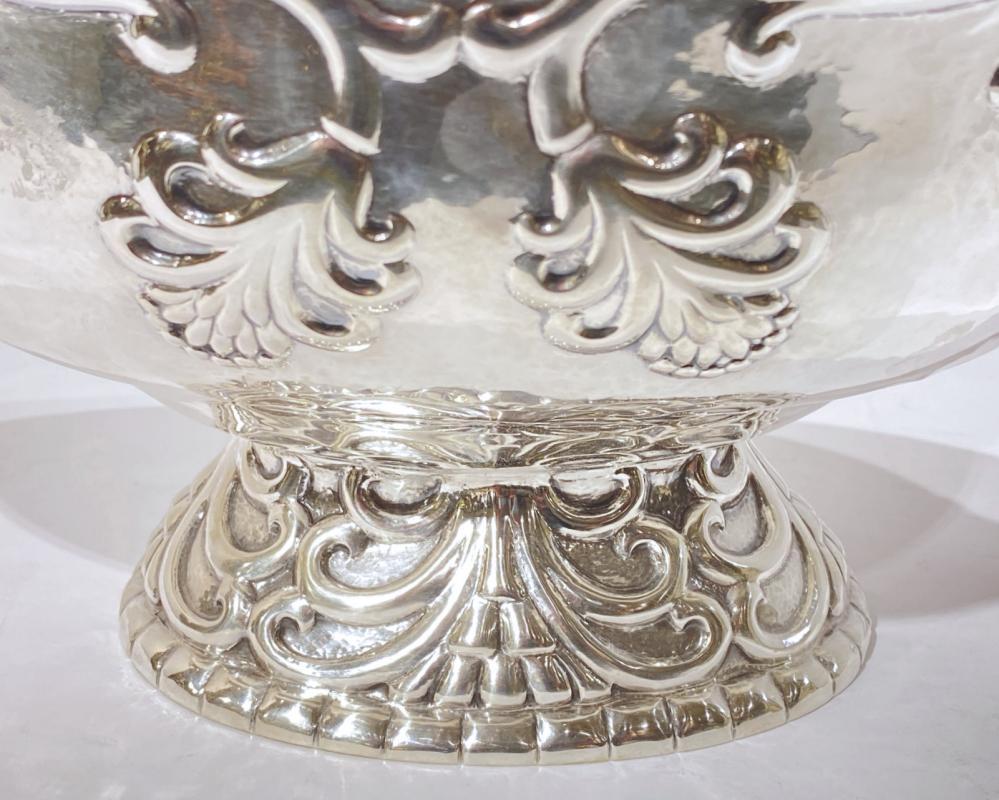 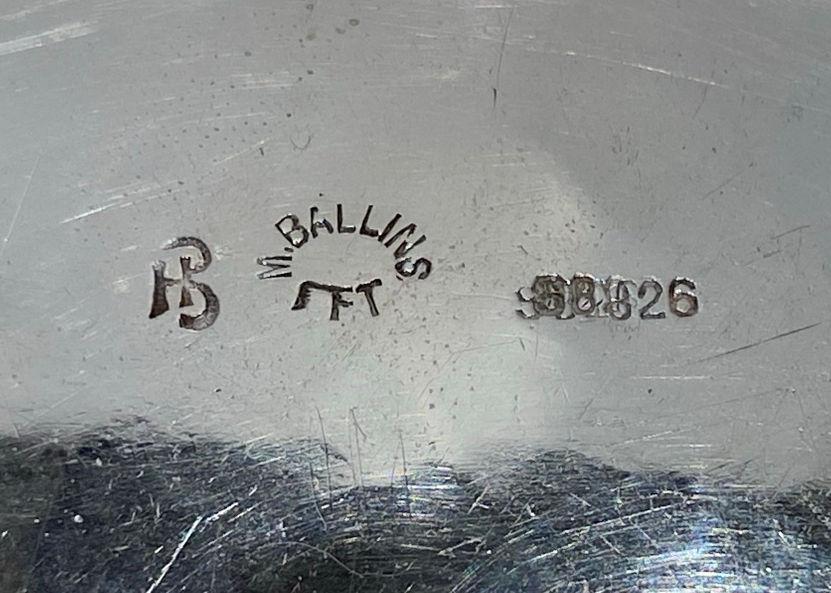 It is in good condition, recently polished, with light scratches and wear that's consistent with age.

A widely admired metalsmith active begining in 1900 in Tubord, who initially created works in metal influenced by William Morris and John Ruskin of the Arts and Crafts movement in England. Among enthusiasts he is also known for hiring a young designer by the name of Georg Jensen in 1901. For some period of tim in the 1900s he entered into partnership with a young designer, Peter Hertz, and produced works that carried their monogram BH for Ballin and Hertz.  In 1907, following the death of his wife, he sold his workshop to Hertz.