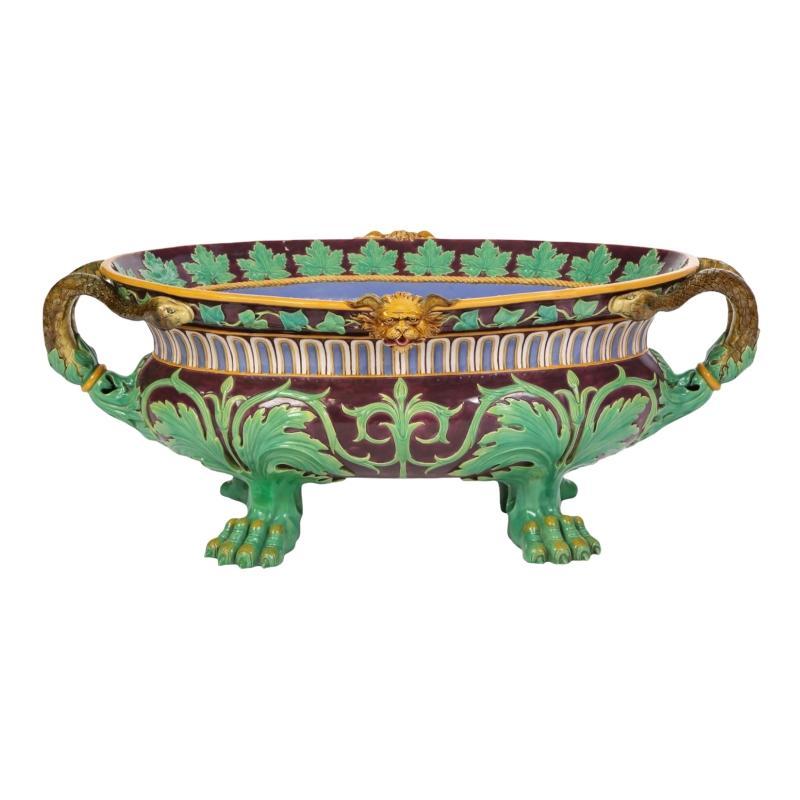 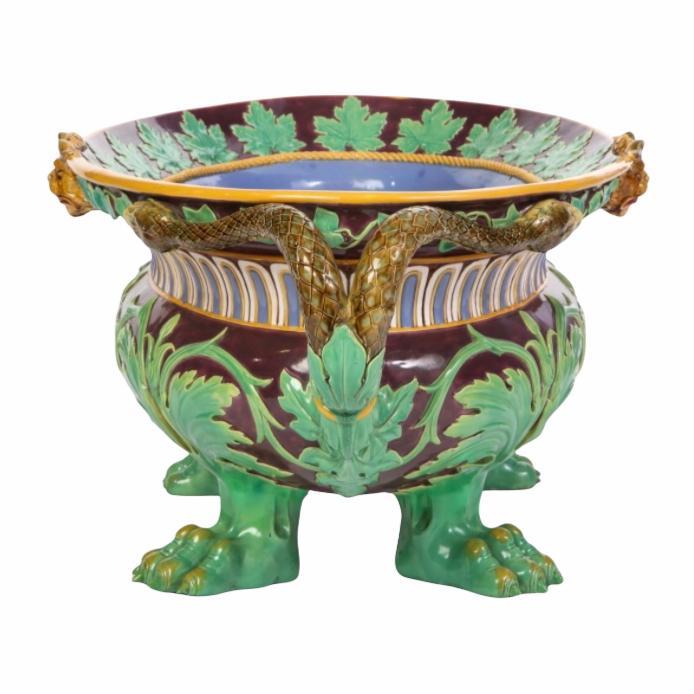 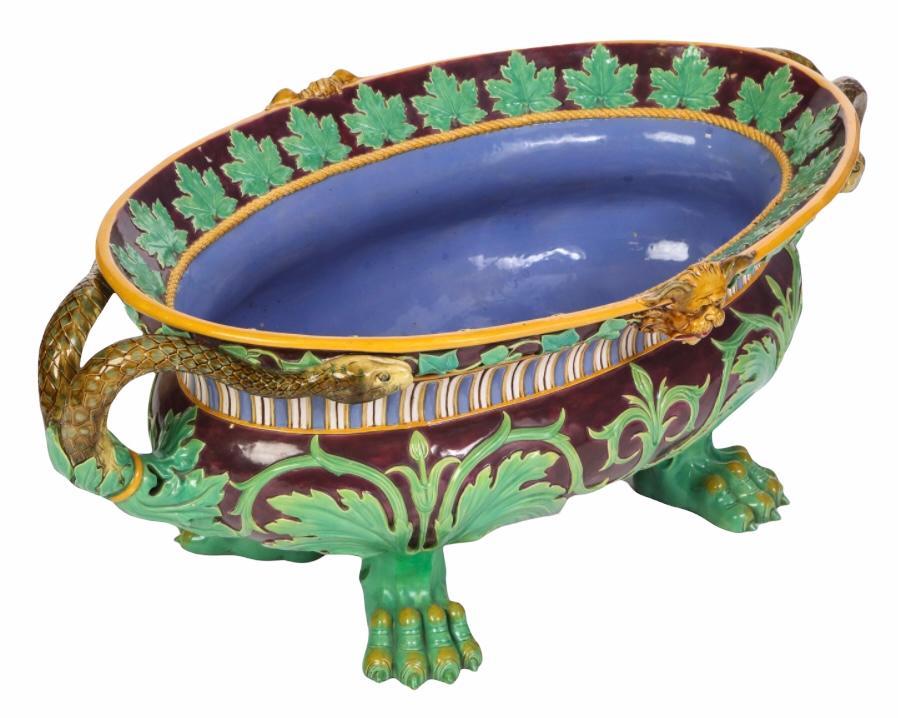 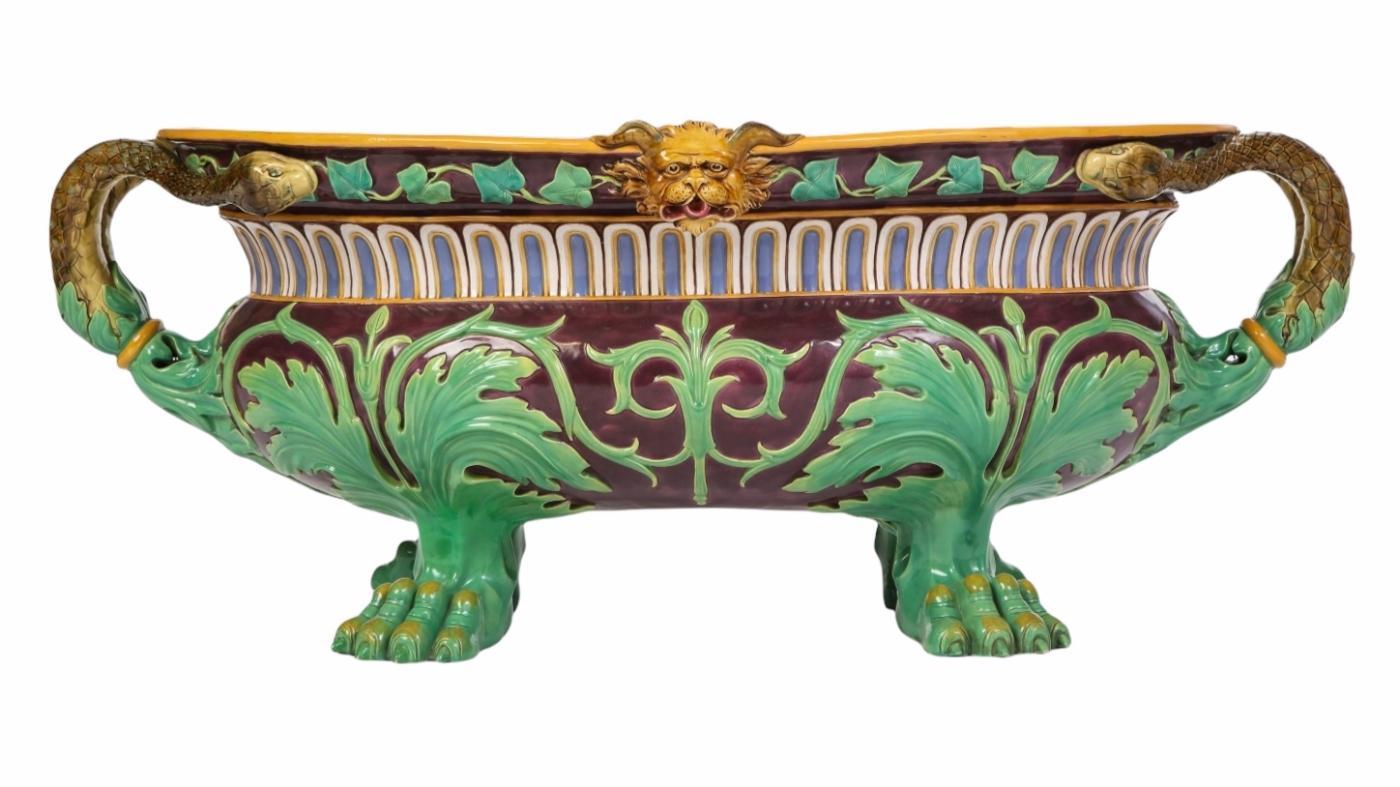 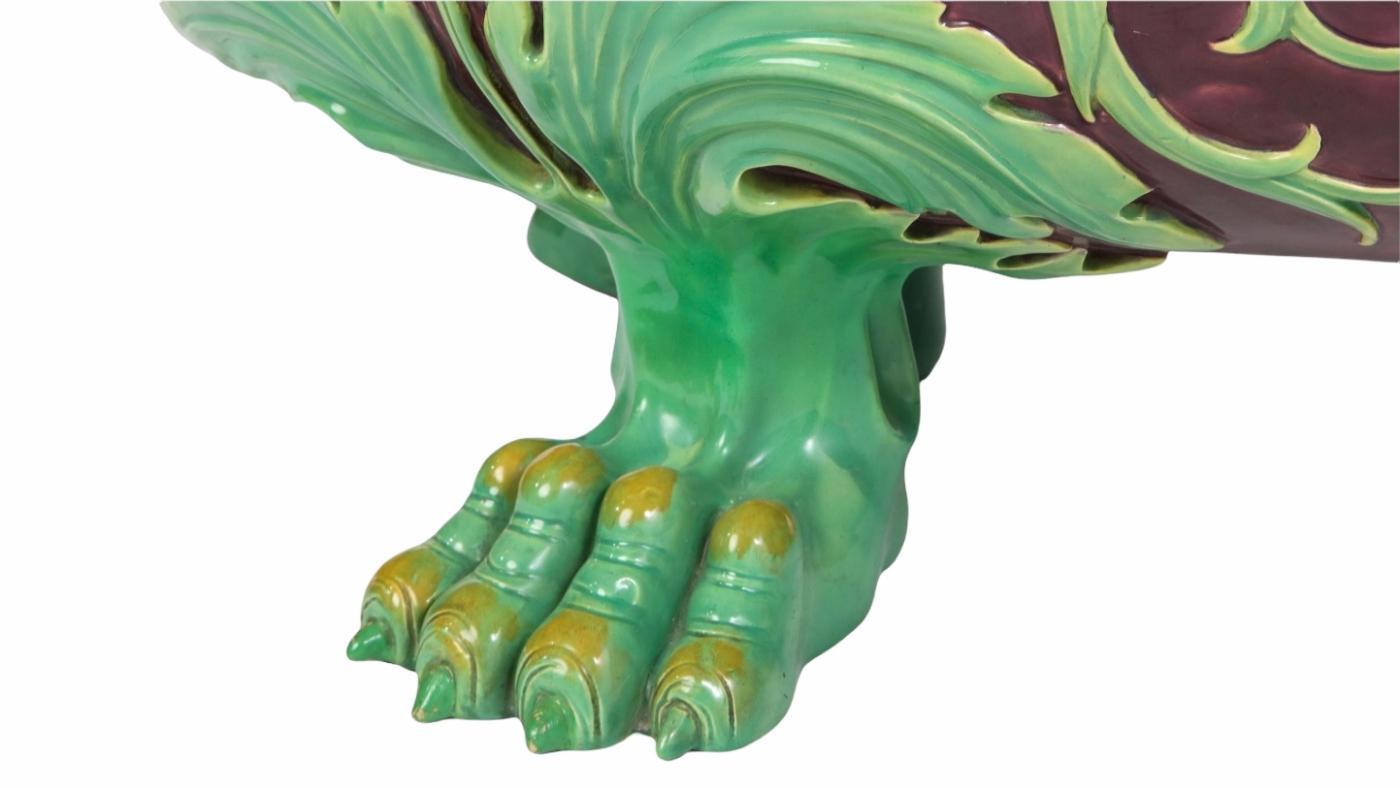 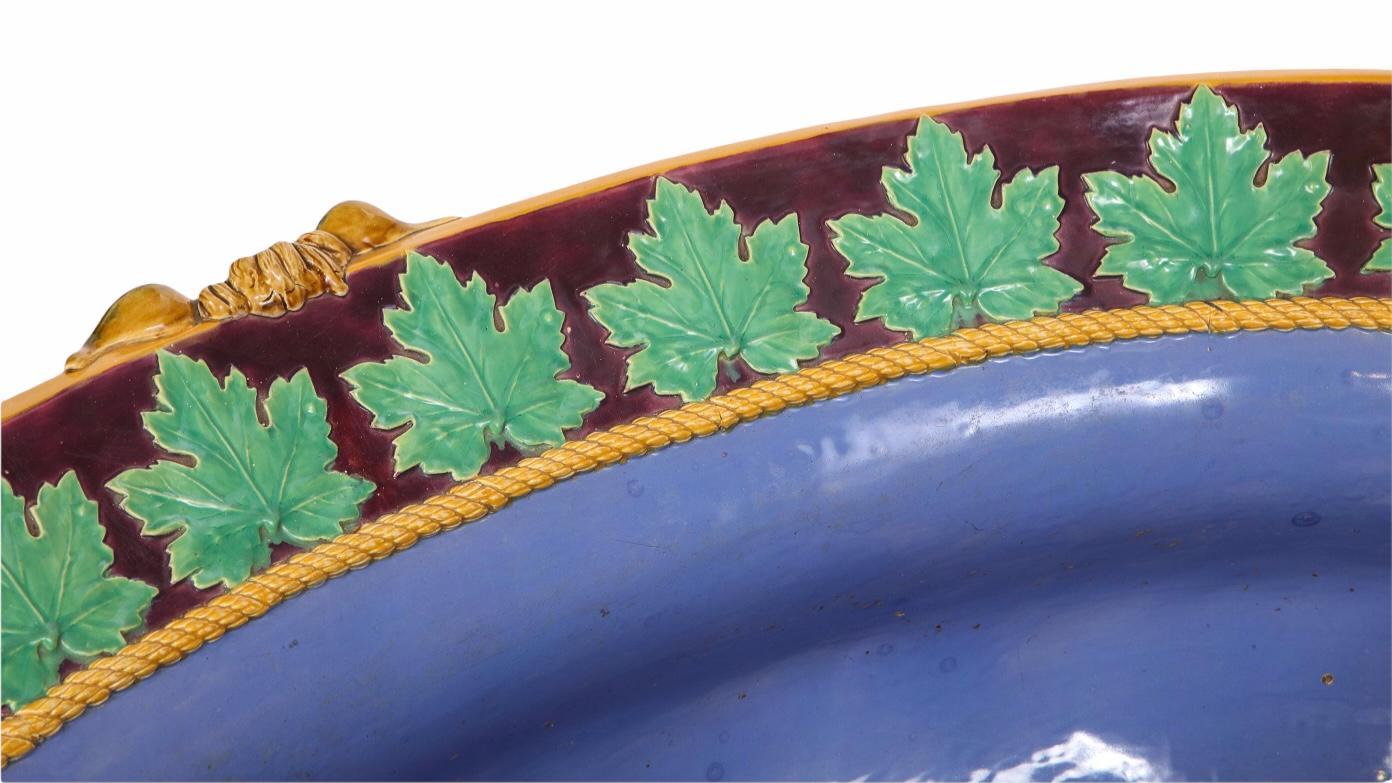 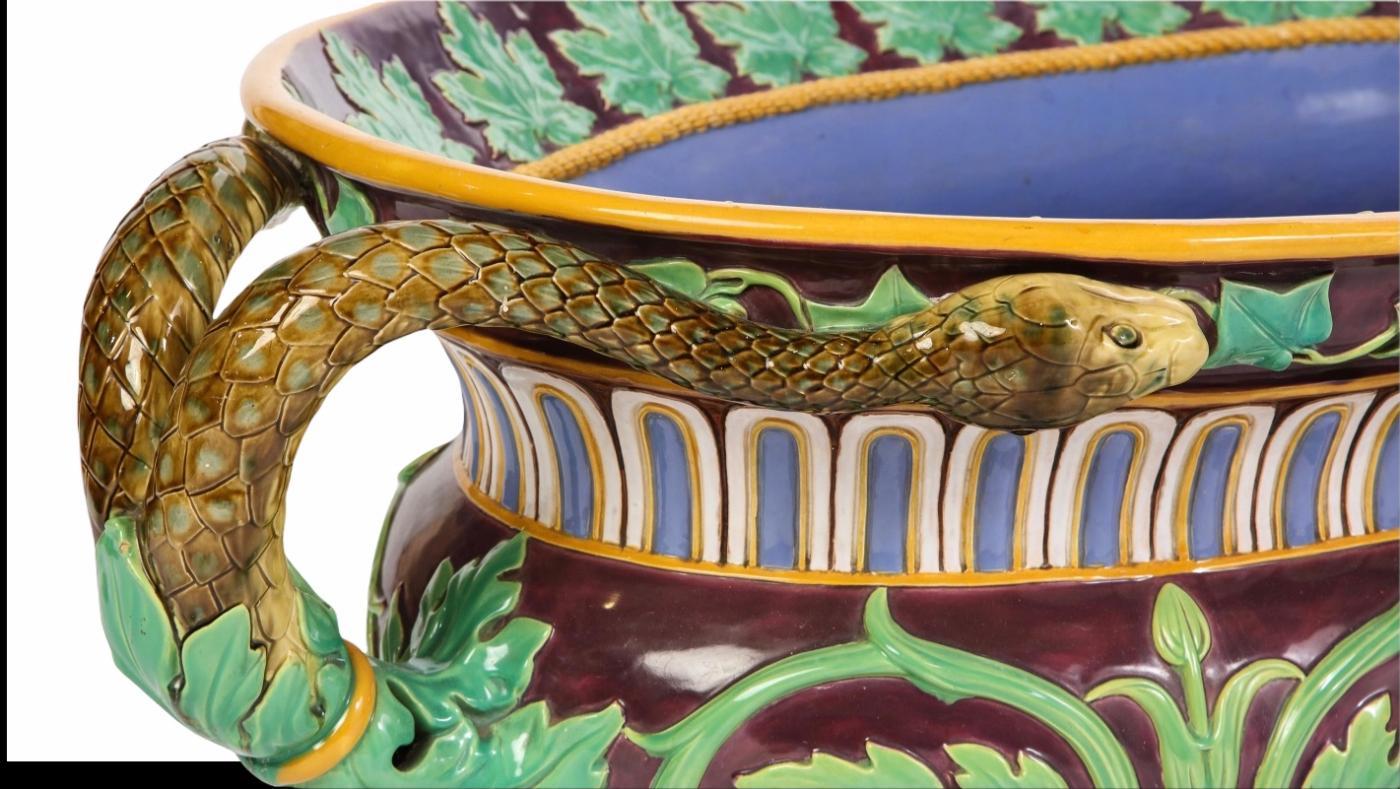 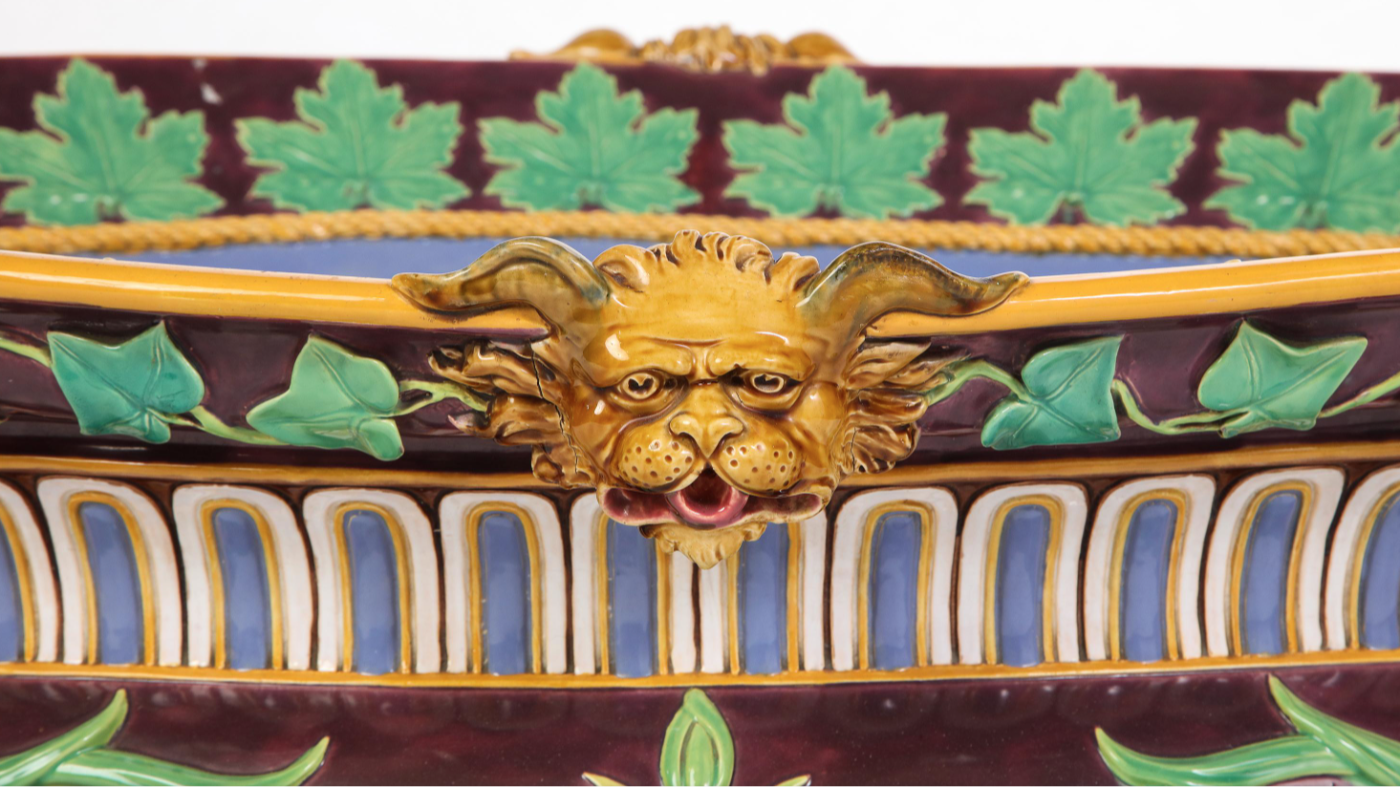 Our wonderful majolica cistern, designed by Carlo Marochetti (1805-1870), in the Renaissance style measures 49.5 in (125.8 cm) across, 20 in (50.8 cm) tall and 28 in (71.1 cm) deep.  It has an oval shape with lavender blue interior, flanked by bifurcated snake handles with acanthus terminals, the rim interior applied with grape leaves and the exterior with ivy with central gaping horned animal masks with a band of lappets and scrolling green foliage below, and raised on four paw feet.  Recorded as shape no. 719 in the Minton records.

Baron Carlo Marochetti was an Italian sculptor trained in Paris and Rome who specialized in figures.  He moved to Britain in 1848 and is noted for executing numerous figural works, including commissions from the British Royal family.  His equestrian bronze of Richard Coeur de Lion stands today outside the Palace of Westminster in London.  Around 1849 he began visiting Minton frequently and started producing designs for the firm.  Monumental Renaissance style designs by Marochetti like this cistern were exhibited at the Crystal Palace Exhibition in 1851 and the 1855 Exposition Universelle in 1855.