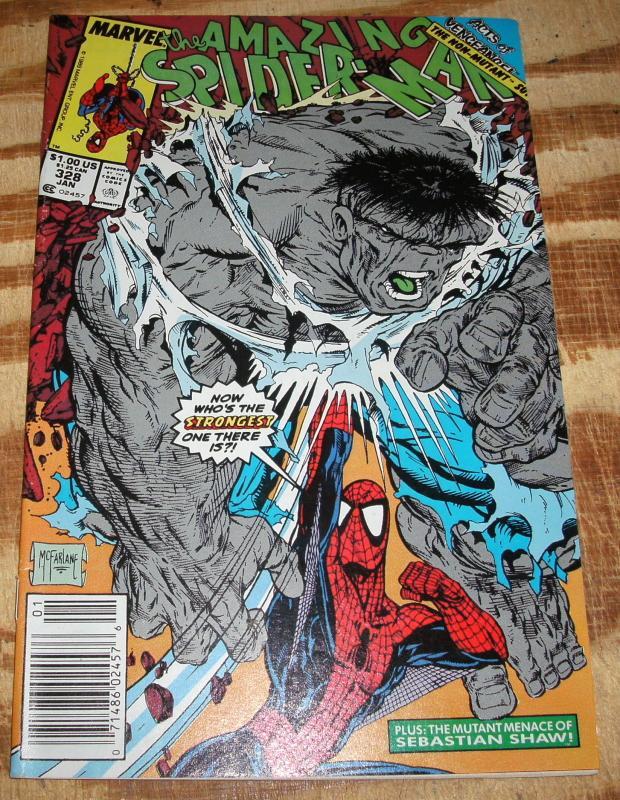 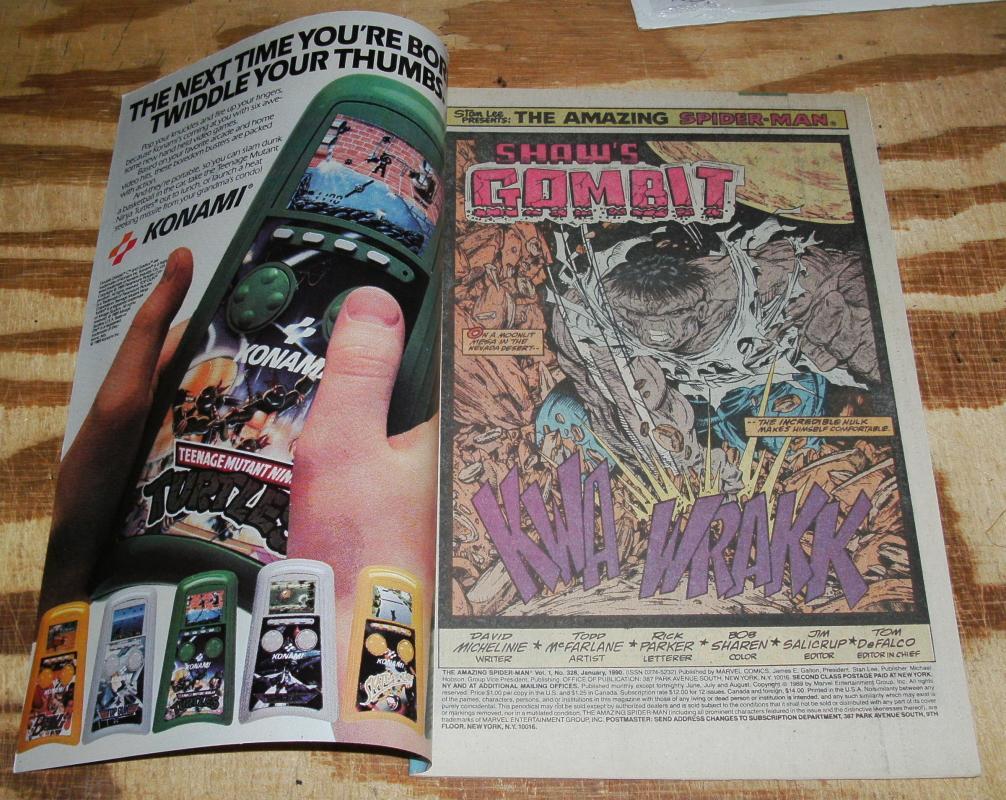 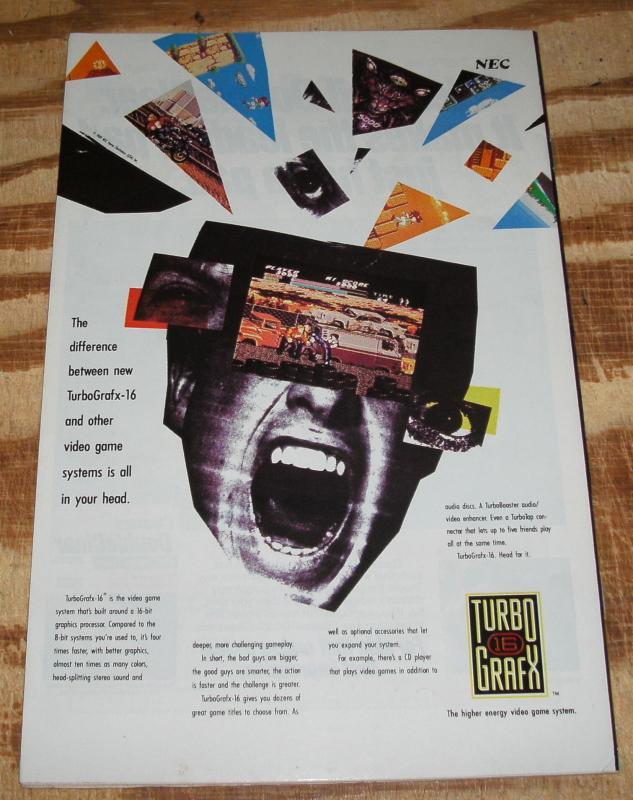 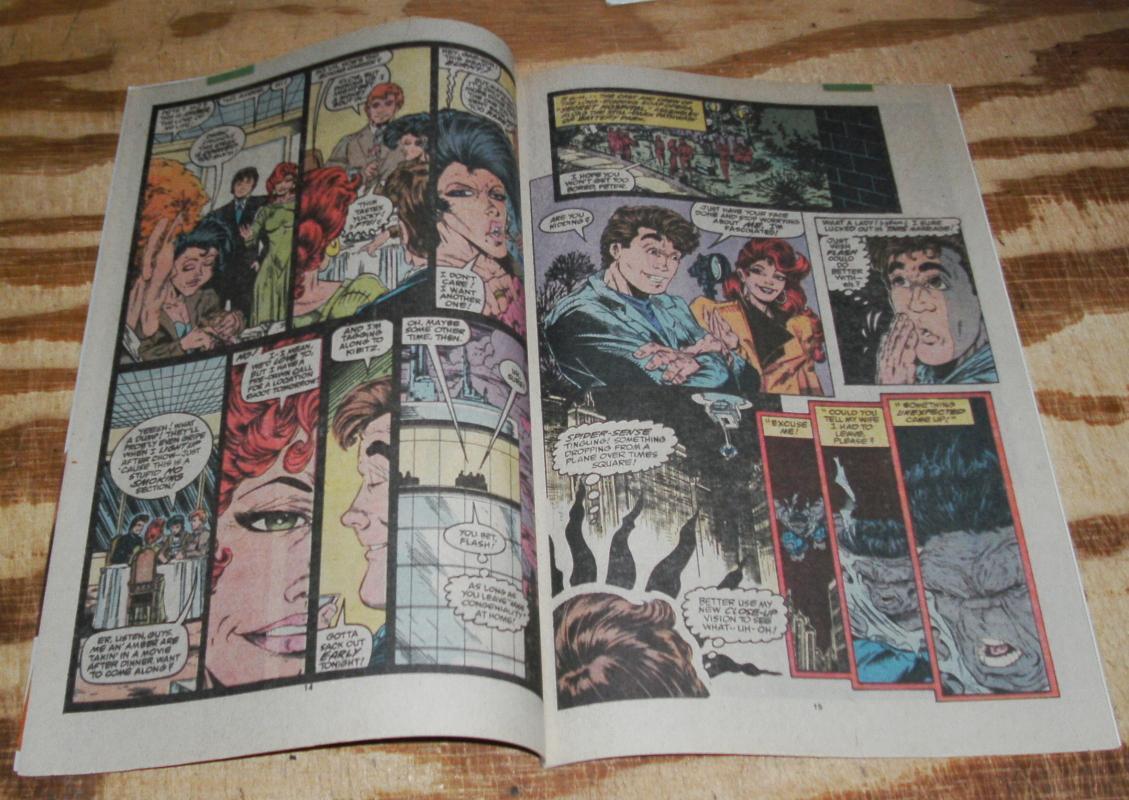 The villains behind the "Acts of Vengeance" have approached Sebastian Shaw, asking him to destroy Spider-Man: suspecting his old foe Magneto expects the power-boosted wall-crawler to destroy him. Shaw instead offers the Hulk money to kill the web-slinger. In New York, Spidey uses his new powers to quickly defeat terrorists holding the Statue of Liberty Pete and MJ have dinner with Flash and "the love of his life" Amber who turns out to be boorish and uncouth. The next morning, Shaw drops the Hulk in Manhattan. He and Spidey fight. With the sun coming up, the Hulk challenges Spidey to a Roosevelt Island fight the next night and leaps away before becoming Bruce Banner, That night, the battle continues with two kids stepping in to defend Spidey. Concerned that the Hulk will harm the kids, Spidey hits him so hard he ends up in orbit. Spidey flies up and saves him. In return, the Hulk promises not to kill him and departs. Concerned over nearly murdering the Hulk, Peter wishes his new powers would go away. Shaw wants to find a way to i